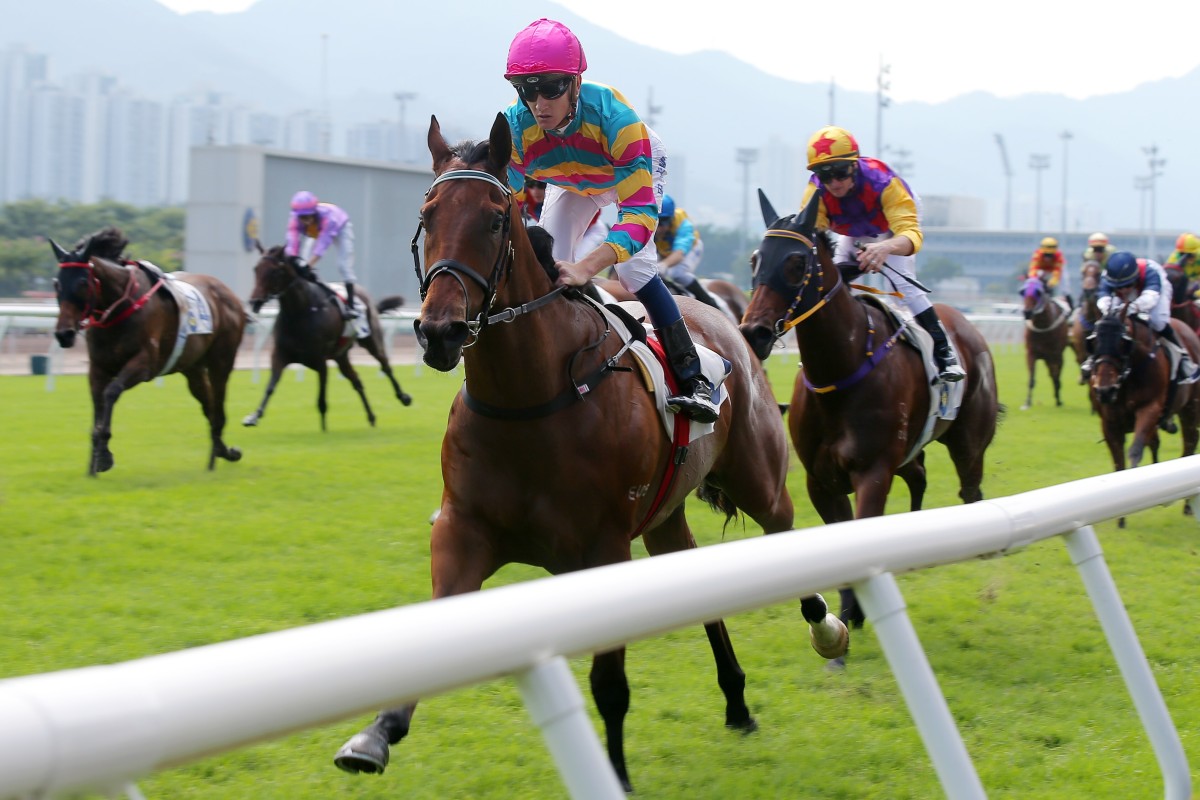 Super Axiom broke Chad Schofield’s hand at trackwork earlier this month but the exciting sprinter made amends for it at Sha Tin on Sunday with a dominant debut victory.

The jockey’s hand got caught in the reins when the precocious three-year-old “whipped around and dropped me” after trackwork on November 9, sending the 27-year-old to the sidelines for two weeks.

Super Axiom had shown plenty of ability in his trials but trainer David Hayes was happy to wait until Schofield had recovered before entering him for his first start.

That came in the Class Four Chevalier Aluminium Engineering Handicap (1,000m) and the son of Exceed And Excel exploded out of the gates and never looked troubled, cruising to an easy two-length victory.

It was the win of a horse who should climb though the ratings in quick fashion and Schofield is certainly not holding any grudges.

“He’s like that, he’s a quiet horse but he’s very green,” Schofield said. “That’s the most exciting thing going forward – he’s going to improve. I just had to point him today.”

Schofield was once apprentice to Hayes in Australia where they combined for 76 victories but this was their first time back in the winner’s stall together since January 8, 2014 when Arctic Song won at Geelong, a provincial town in Victoria.

“It was really nice to ride a winner for David again, obviously he’s been so instrumental in my career,” Schofield said.

“We knew from the beginning he looked like a decent horse and I’m just thankful David gave the horse to me to work every day. He’s a nice horse to be on – it’s exciting going forward.”

In his first season back in Hong Kong, Hayes has built a stable full of unraced horses and the production line of talented youngsters is starting to kick into gear with Super Axiom following in the footsteps of Harmony N Blessed, who took out his first start in fine style last week.

“Through the dark month, I knew I had these horses but I couldn’t rush them. It was like having presents under the tree and I wasn’t allowed to open them,” Hayes said. “But now I’m just gradually starting to roll them out over the next six weeks.”

Hayes was confident Super Axiom was going to deliver but there have been plenty of trackwork wonders who haven’t performed on race day.

“It’s one thing trialling well – running well is important. He looks pretty classy to me, I think we have a few classes in hand,” he said. 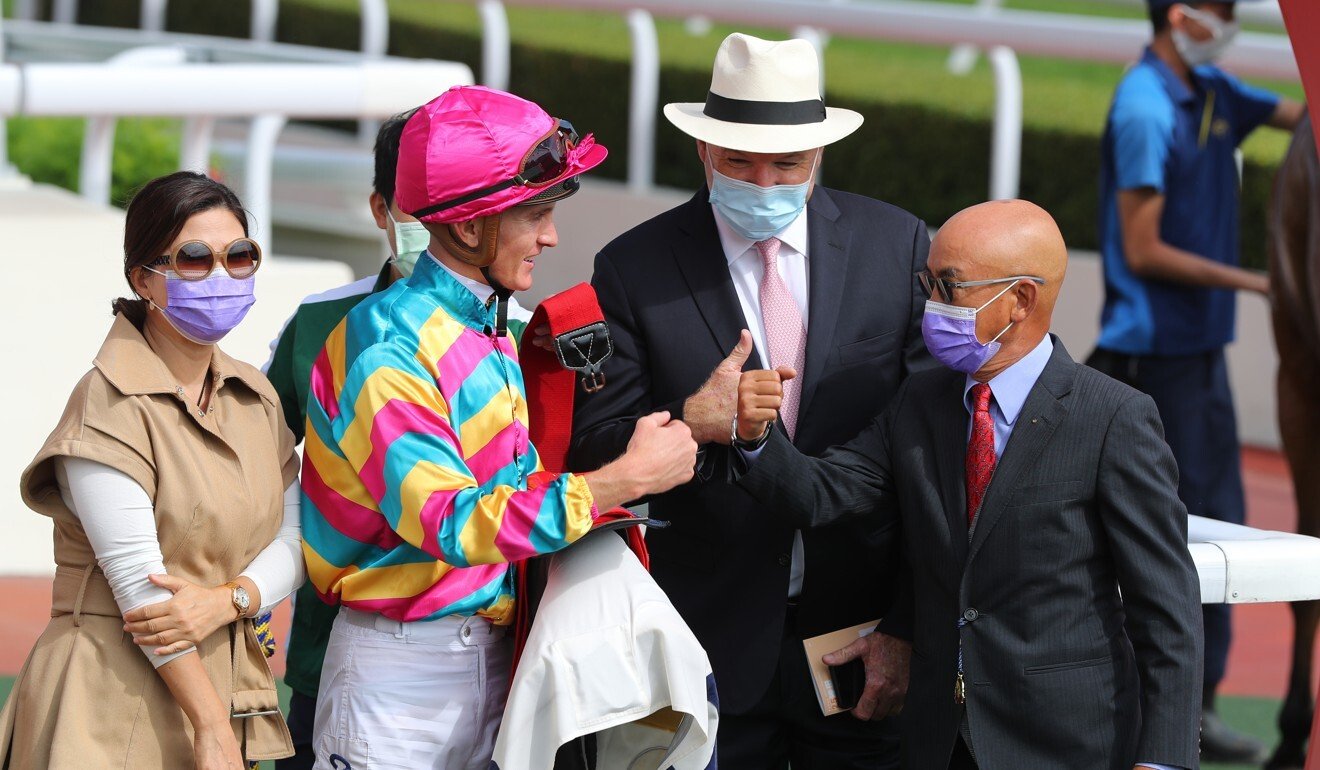 “I was quite surprised by how easy he went across, I just think he was a different level to those horses.

“That win was soft. He’s never been let go. He just destroys them in those middle sectionals. There’s a lot of upside.”

While pleased to provide a winner for Schofield after the incident, Hayes was quick to praise the man who helped out in the meantime.

“We waited for Chad [to race] but I have to thank Blake Shinn because he did all the work on the horse for Chad in those important weeks,” he said.