The 11-time champion trainer trails by seven heading into Saturday’s Sha Tin meeting, the sixth last of the season 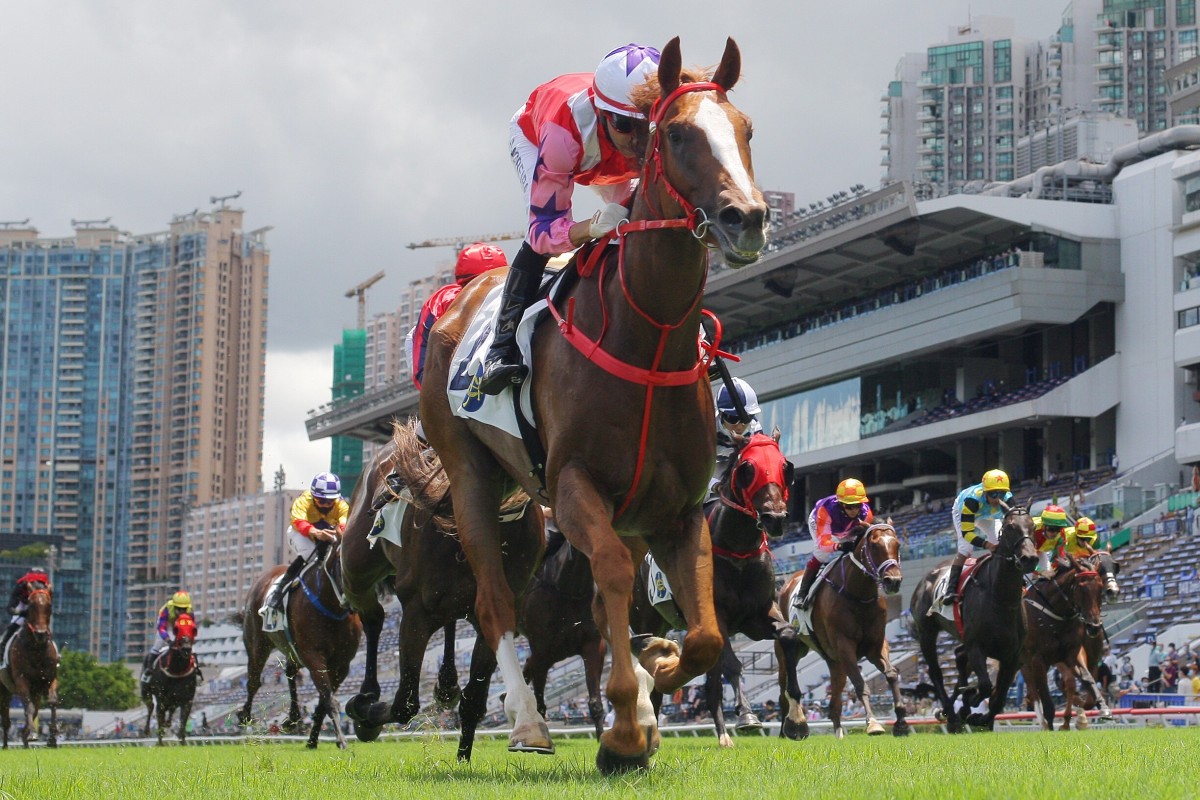 John Size has all but conceded the championship, confirming that Caspar Fownes is in control with six meetings left in the season.

The 11-time champion trainer trails Fownes by seven (75-68) and despite having a good hand at Sha Tin on Saturday, he thinks the race is just about over.

“Caspar has got a very big lead now, so it’s hard to peg him back from there,” Size said. “He keeps winning races, he looks the winner this far out, anyway.”

Size is expecting his talented youngster Drops Of God to bounce back in the Class Three Mount Cameron Handicap (1,200m) after going under as a $1.5 favourite last start.

He made that look easy...

Trainer John Size takes two out of the first three races as Drops Of God bolts in on debut under Joao Moreira. #HKracing pic.twitter.com/arXlHzEfe0

The three-year-old was a dominant winner on debut but came third to Diamond Brilliant last time out and Size is optimistic about his chances after drawing barrier four.

“He raced well, he covered a bit of ground and fought on OK, so you couldn’t be too tough on him, you couldn’t judge him too critically on that performance,” Size said.

Chris So butters up his Croissant: ‘I think his rating is pretty much there’

“If he gets a nice run, it could be a different story. I think he’s fine, he’s had three weeks to get over [the last run] and I’m sure he’ll run well again. He’s got a good gate, so he’ll probably be in the first four or five, one off the fence.”

His jockey Joao Moreira has a similar point of view after his surprise defeat last start.

“Circumstances that we were not happy with – he drew wide, he had to cover ground facing the breeze, but he still put in a good effort,” Moreira said. “I can’t be disappointed with the horse – he did his best – just circumstances got him beaten.

“[Barrier] four is much better than 10, apparently it’s going to be a fast-run race and he’ll get cover. I haven’t spoken to John yet and I’m not sure what instructions he’s going to give to me, but he’s not a one-dimensional horse.

“He can lead, he can sit and even come from further back than midfield. Under normal circumstances, I believe he’s going to go out there with a very good winning chance. He has won first-up and run well second-up – so I’m excited to see what he’s going to do this weekend.”

The two will also combine with Blaze Warrior, another three-year-old who flashed his ability when winning on debut earlier this month.

He carries the top weight in the Class Four Sai Wan Shan Handicap (1,200m) and Size is hopeful he can continue progressing.

“He got a little bit lost in the race, I suppose. He was covering a bit of ground and he wasn’t travelling that well, but he responded pretty quickly when he was asked to go. He finished the race off quite well,” Size said.

“He came home and he was business as usual. He does well and has always been sound, so I think he’s OK to go back to the races.

“He doesn’t jump that quickly, actually, but I think with a bit of racing, he’ll get used to the tempo of our races and he’ll probably begin better as time goes on.”