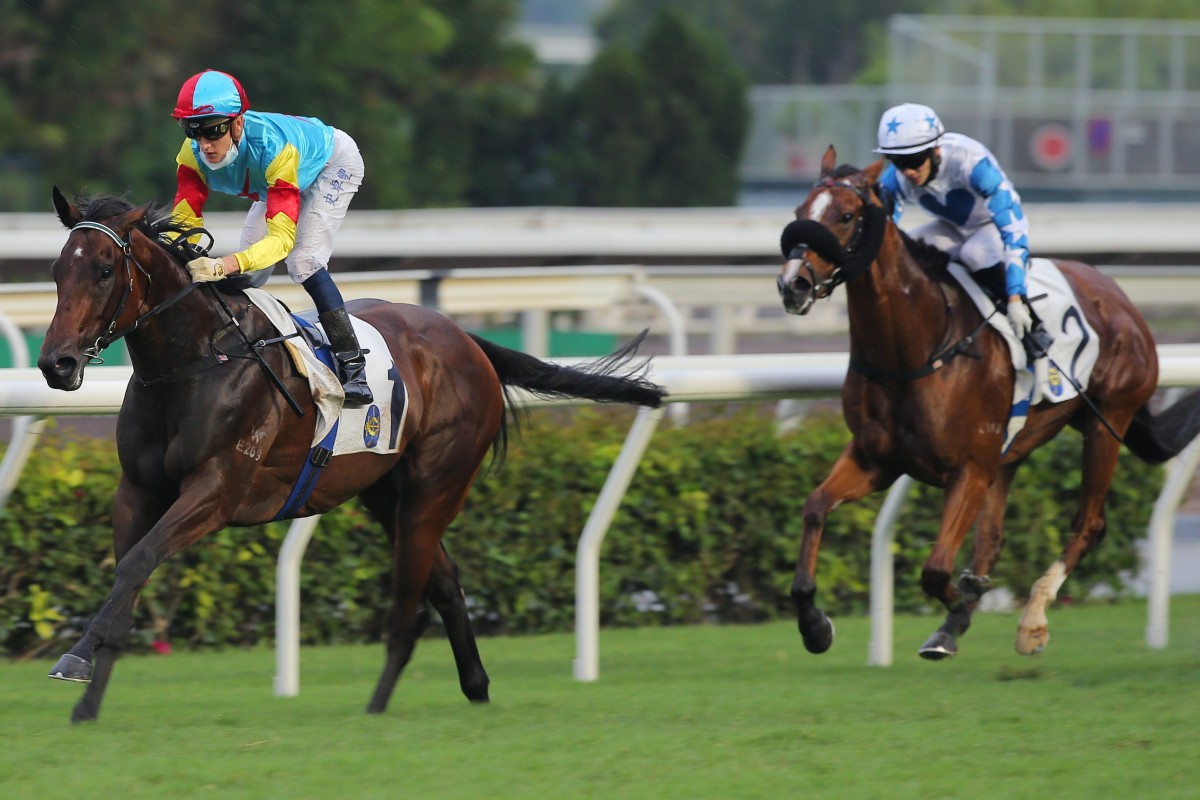 Chad Schofield will walk out of Sha Tin with more than just a victory if Fantastic Treasure can salute on Sunday – he’ll also have the satisfaction that comes with an unblemished record and the knowledge he has a galloper that could be anything come next year’s Classic Series.

The David Hayes-trained four-year-old faces by far his toughest test yet in the Class Two Piaget Excellent Handicap (1,200m), lining up against the likes of Trillion Win, Fantastic Way and Winning Dreamer at a trip short of his optimum.

“It’s pretty special for a horse to be unbeaten and it would mean a lot if he could remain unbeaten,” Schofield said.

“Obviously things happen in racing where you don’t always get the luck, he’s running over a distance on the weekend that’s not his best and he’s drawn badly but he’s a good horse and good horses get the job done.

He is very, very special!

“This is his hardest task but everything he’s done so far, he’s just kept raising the bar and kept doing what we’ve asked him to do. Even though this looks like a much stiffer task, there’s no reason for anyone to think he can’t do it.”

“He’s furnished into a nice, big horse now. It’s exciting to have him back. He’s definitely stronger now and for that reason, I’m excited to see what he can do this season,” Schofield said.

This one could be very, very good!

Fantastic Treasure made it 4/4 with a stylish win for @SchofieldChad and trainer @lindsayparkrace at Sha Tin on Sunday. #HKRacingpic.twitter.com/1SabcC2jwz

Fantastic Treasure has had two trials ahead of his first run since May, hitting the line nicely a neck behind top-line sprinter Wellington in his most recent hit-out on October 5.

Trillion Win brings some of the strongest form of Fantastic Treasure’s opponents after knocking off the progressive Naboo Attack at the course and distance last start.

Also behind Trillion Win in that contest was another galloper who staked a four-year-old series claim last season in the Caspar Fownes-trained Killer Bee.

The son of Savabeel amassed four wins and a second from five starts in his debut season but he was found to be making an abnormal respiratory noise after his first-up run this season and Fownes confirmed the galloper underwent a wind operation this week, creating doubt around what the galloper’s 2021-22 campaign will look like.

Trillion Win spoils the party and grabs the finale under @AlexisBadel, sealing a double for the Frenchman! ️ But boy, what a run by Naboo Attack... #HKracing pic.twitter.com/P5AMwnrqm4

Fantastic Treasure is one of a handful of exciting rides for Schofield on Sunday, with the 27-year-old also climbing aboard the undefeated Good News, in-form speedster Super Wealthy in the Premier Bowl and Glorious Dragon in the Sha Tin Trophy.

“Super Wealthy is rock-hard fit, he’s had the two runs for two wins this season and he’s still well-rated under handicap conditions so if he gets the right run from a relatively good draw he should be thereabouts,” Schofield said.

“I obviously haven’t ridden [Glorious Dragon] since he’s been with Francis Lui [Kin-wai]. He’s a good, honest horse who wants a bit further than a mile but over this distance fresh, he can run a nice race. I’m expecting him to hit the line strongly.”

Chad Schofield
Chau’s injury means Schofield can go out a winner, while HKIR loses a runner