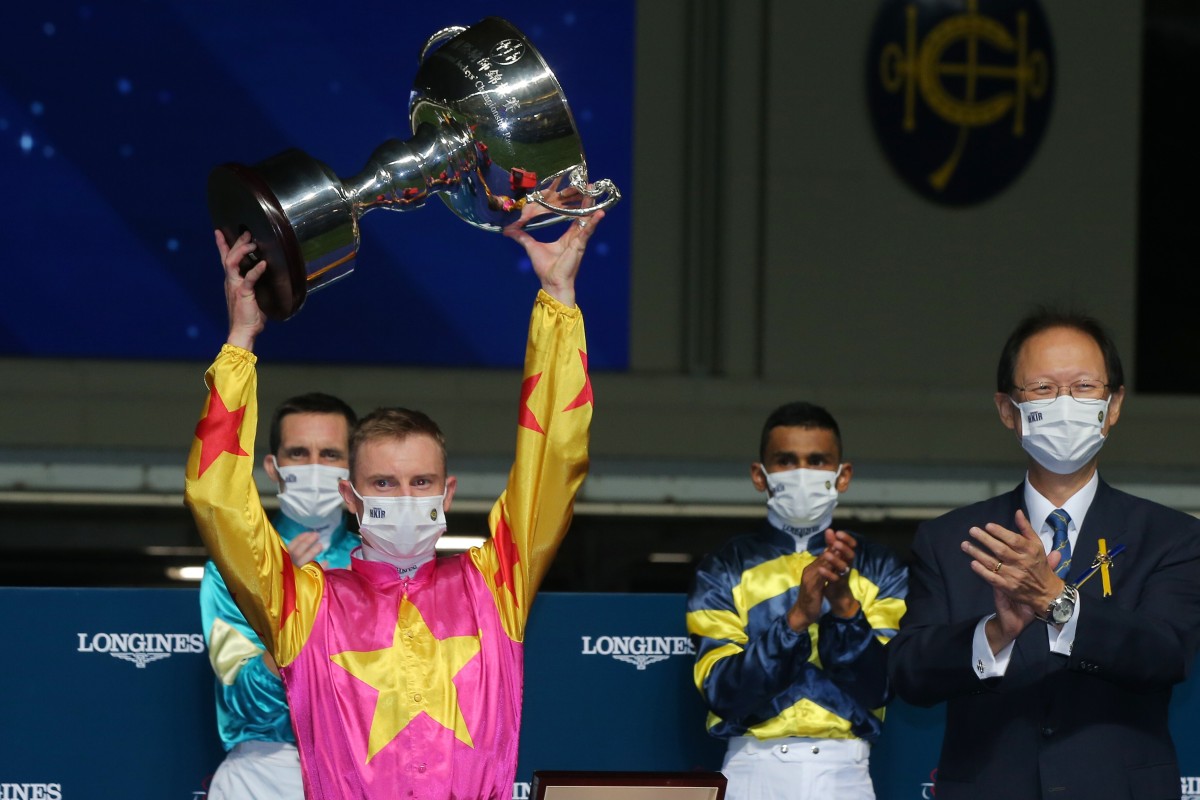 Many are predicting one of the tightest-run Longines International Jockeys’ Championships in recent memory at Happy Valley on Wednesday night.

Jockey Club bookmakers installed Zac Purton a $5 favourite and he remains that price, while Ryan Moore has been backed in from $6.50 to $5 and Damian Lane ($6.50), Joao Moreira ($7.50) and Alexis Badel ($9) are the others at single-figure quotes.

There are four races with 12 points handed out for a win, six for second and four for third. The jockey with the most is declared the champion.

So who will take out the HK$500,000 first prize? Here is the assessment from our team of tipsters.

The popular pick is Australian star Lane and it is tough to go past him when you consider California Cible looks perfectly placed and Dr Winning is also a red-hot chance.

It’s rarely that simple at Happy Valley, however, and it looks a wide-open contest which as many as eight jockeys could take out.

Lyle Hewitson (Charming Steed), Moore (Ai One) and James McDonald (Invincible Missile) can all win races and once you’ve got a win, it doesn’t look like it’s going to take many more points to snare the trophy.

Mickael Barzalona and Badel should also be in the thick of the finish, while only a fool would rule out Hong Kong’s two superstars Purton and Moreira, who both have competitive books.

You could get $7.50 and $7, respectively, about them last year and they finished first and second and this year Lane and Moreira look solid bets at the odds, while McDonald ($12) and Barzalona ($22) could present value.

Lane is clearly the one to beat. He has stand-out chances with California Cible and Dr Winning but you can make a case for all four of his runners.

The biggest challenge will be overcoming some awkward draws but the Australian is super talented and has had success at Happy Valley before.

His main danger might be Badel, who can score points with both Fabulous Eight and Nothing New. McDonald, Hewitson and Moore are the others in the mix.

Red Majesty is racing in such rare form he has to run in the top three and that means Moriera has points in the bag. Throw in two hot hopes in Classic Posh – holding his form – and Telecom Rocket back down where he does his best business and that should be enough to keep the trophy at home.

Clarke believes Lane can win races aboard Dr Winning and California Cible and take out the competition comfortably from Moreira, who he has saluting aboard Red Majesty and placing with Classic Posh.

Woo’s tips have reigning IJC champion Purton finishing on the same amount of points as first-time competitor Hewitson, with Purton collecting a win aboard Amazing One Plus and a second on Shining Gem, and Hewitson saluting with Villa Fionn and finishing runner-up aboard Charming Steed.

Wong is tipping a grandstand finish, with placings aboard Circuit Seven, Glorious Lover and Shining Gem enough to propel Purton to back-to-back titles ahead of the four race winners, Hewitson (Charming Steed), Moore (Ai One), Vincent Ho Chak-yiu (The Anomaly) and Yuga Kuwada (The Astrologer).

The ratings suggest Lane is the man, with a win aboard the night’s hotpot California Cible and a second atop Dr Winning enough to get the Australia over the line ahead of Hewitson, Moore and Moreira.

The race caller has Lane a runaway winner thanks to victory aboard California Cible and seconds with Gallant Crown and Dr Winning.