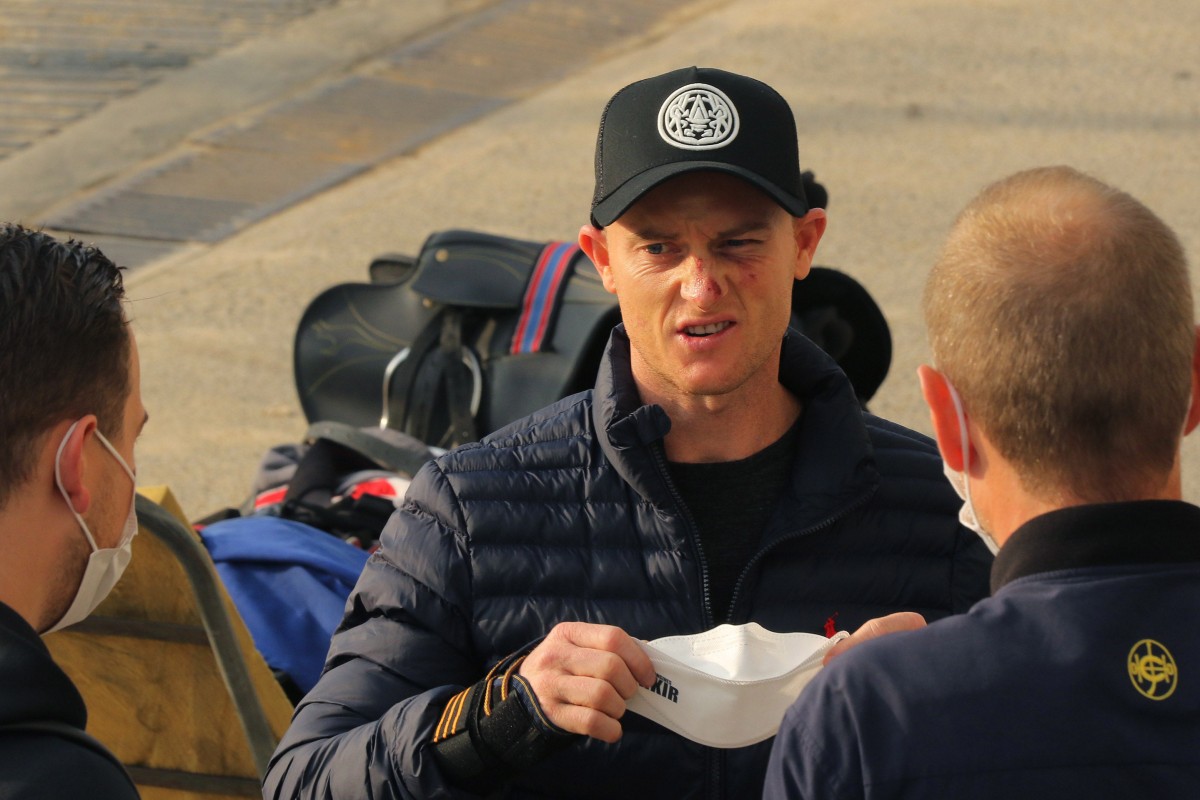 Zac Purton is pushing to return to the races at Happy Valley on January 5 after seeing a specialist on Tuesday to assess the injuries he sustained in Sunday’s brutal fall in the Hong Kong Sprint at Sha Tin.

Purton escaped the carnage with fractures to the ribs, nose and wrist and while he admits it’s an ambitious target, he will be doing everything in his power to limit his time out of the saddle.

“I saw the specialist today and he said it would probably take three to four weeks to heal, so I’m looking at the fifth at the moment if all goes well,” Purton said.

“I’ll start physio next week and I have another appointment with the specialist in two weeks and hopefully a week after that I can start riding again.

“I haven’t taken any painkillers today and I feel fine. If it wasn’t for the wrist, I feel like I could jump back on a horse tomorrow.”

Purton won the first three races on Sunday – his only three completed rides for the day – and holds a 10-win lead over Joao Moreira in the race for the jockeys’ premiership.

He is exploring ways to speed up his recovery – including the possibility of using a hyperbaric chamber – and is determined to ensure he is ready to hit the ground running when he returns.

“The hardest part is that when I come back it’s going to be cold,” he said. “Upping the exercise, getting fit again and getting my weight down at probably the coldest period of time in the year is going to be difficult so I need to keep a lid on it and make sure I’m doing the right things between now and then.” 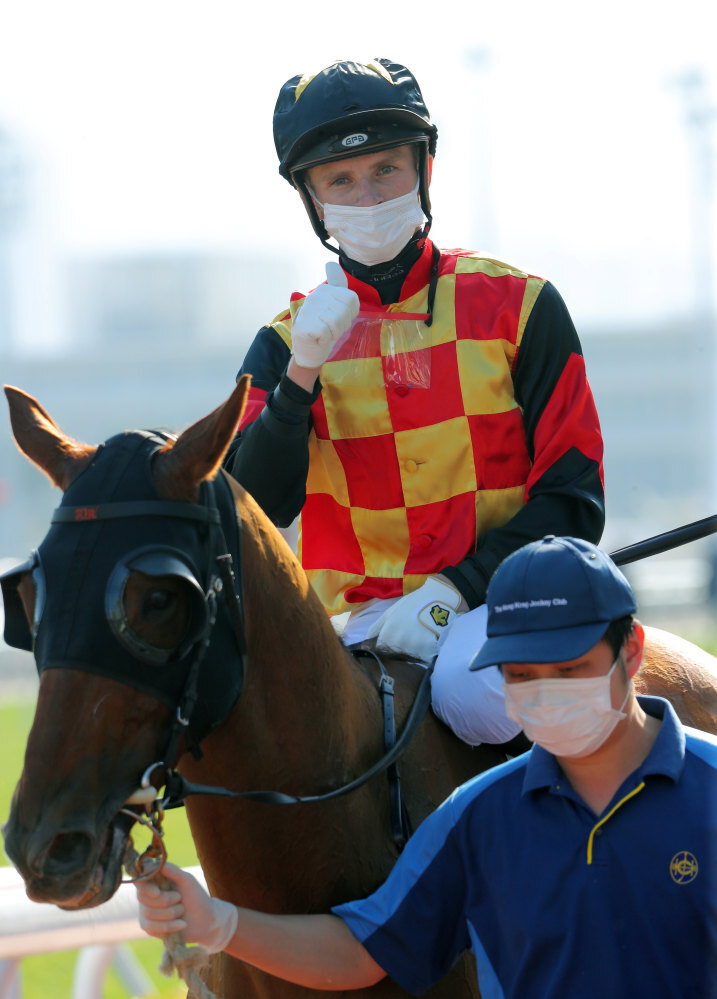 “If you eat healthy and you look after yourself, hopefully that means the bones and the body will heal quicker as well. There’s no doubt I will be putting a lot of good food into my body so it’ll be getting the nutrients it needs.”

South African jockey Lyle Hewitson is also recovering well after suffering a fracture of the pelvis and a small bleed on the brain, and is confident he will be discharged from hospital by Wednesday at the latest.

“I’m doing really well, the best part is that every day the prognosis gets better,” he said.

“The latest update is that they can barely see the fracture on the CT scan so they’ve done the MRI and they’ll get back to me with the feedback from that later.

“Of course no surgery is required, and if it is a small or hairline fracture like they expect it’s not going to take too long to heal so things are looking good.

“I’m already up out of bed on crutches, so it’s just really positive – I don’t know when I could be back exercising and riding but they’re saying it could only take three weeks to heal. That is unbelievable.” 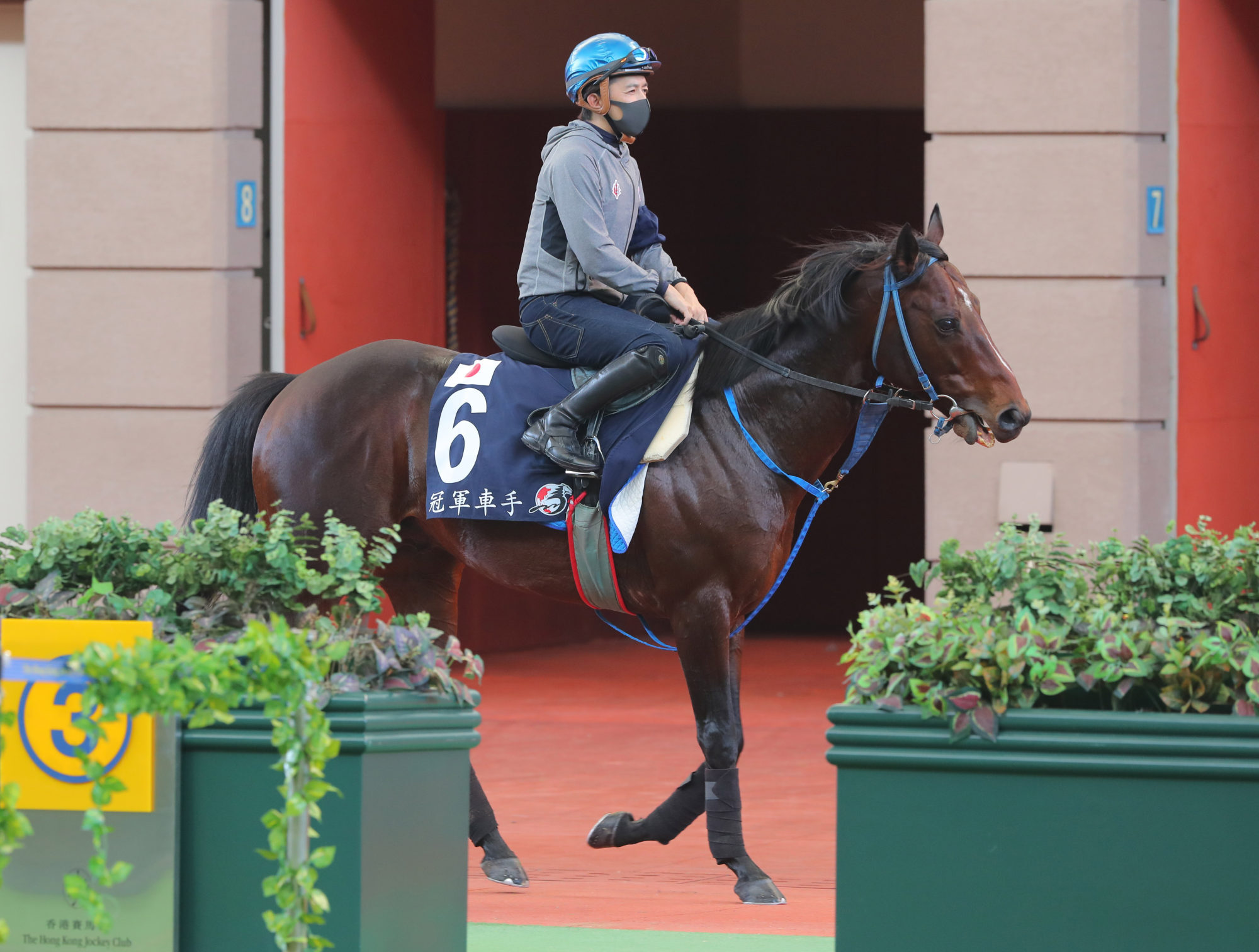 Officials remain in the process of organising a medical transfer back to Japan for Fukunaga, who fractured his collarbone in the incident, and Harding said the 45-year-old may have to wait until Thursday or Friday to leave Hong Kong.

The club is working with the relevant parties to secure landing permits and a suitable facility for Fukunaga to fulfil the three days of quarantine he is required to do on arrival in his home country.