That was the year that was 2022 in Hong Kong racing

Lucky Sweynesse, Zac Purton and Frankie Lor win the most but Danny Shum’s Romantic Warrior is the most impressive of all 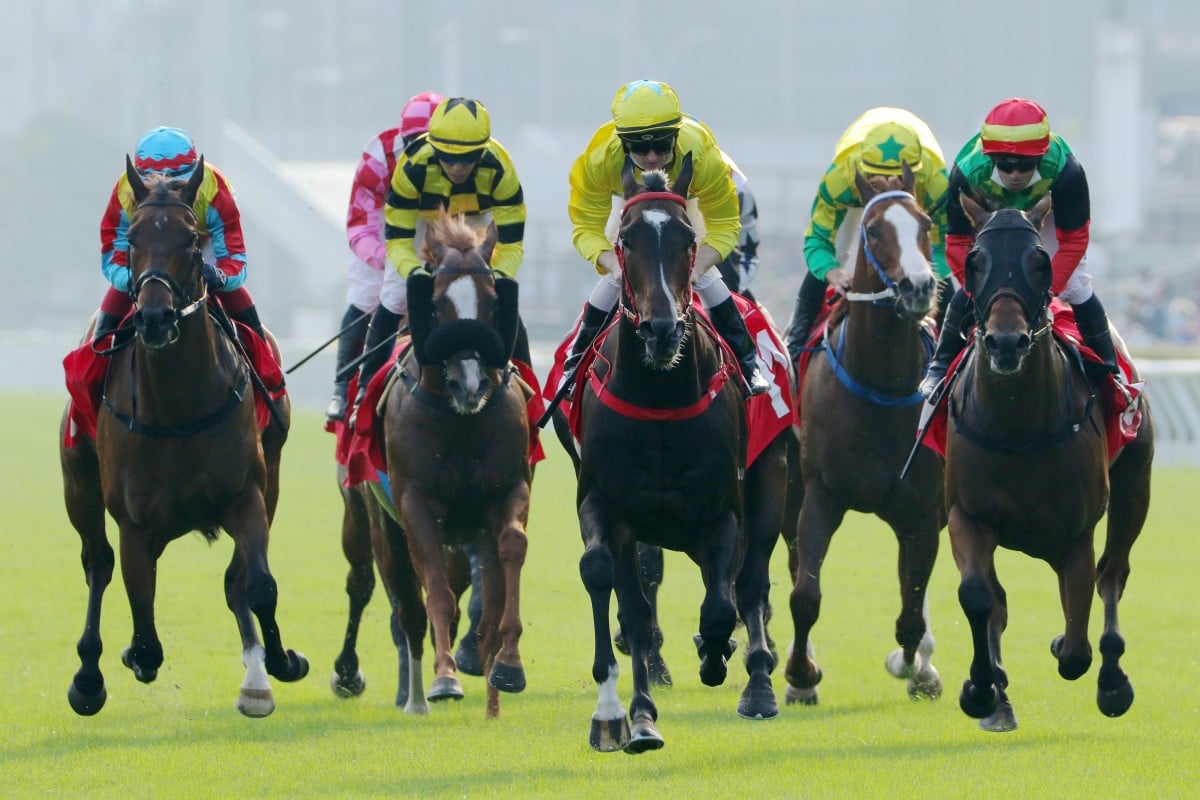 That was the year that was 2022, a 12 months in Hong Kong racing during which Lucky Sweynesse, Zac Purton and Frankie Lor Fu-chuen were the horses, jockeys and trainers who recorded the most wins, Romantic Warrior produced the pre-eminent equine performance and Mark McNamara quoted Ricky Bobby in a race call.

A total of 828 races were run and won in 2022, and Manfred Man Ka-leung’s Lucky Sweynesse, who did not debut until February 9, was victorious in seven of them – one more than Running Glory, Packing Treadmill and the truly exceptional Group One Hong Kong Cup (2,000m) champion Romantic Warrior.

Lucky Sweynesse ran 11 times in 2022 for seven firsts, two seconds, one third and one sixth, his Jockey Club rating climbing from the privately purchased griffin starting point of 52 to 119 after his Group Two Jockey Club Sprint (1,200m) success.

Unfortunately, Lucky Sweynesse’s sixth occurred in his 2022 grand final, the Group One Hong Kong Sprint (1,200m), in which he did not see daylight in the home straight under a frustrated Purton.

Speaking of Purton, with the exception of the Hong Kong Sprint, 2022 was a year to remember for the champion jockey.

Purton rode 157 winners, including a career-best seven victories at a single meeting on October 9, with Joao Moreira (81) and Karis Teetan (67) ranked second and third respectively.

Now the city’s only major trophy missing from Purton’s collection is the first leg of the Classic Series, the Hong Kong Classic Mile (1,600m), so you can bet your bottom dollar he has circled January 29 on his 2023 desktop calendar.

That man again, @mattLchadwixk! The 32-year-old collects a treble at the Valley as Rewarding Together sets a new 1200m course record (1m 08.26s)... 🤯#HappyWednesday | #HKracing pic.twitter.com/o6asTEbu4F

It will be interesting to see if Purton reunites with Hong Kong Classic Mile hope Packing Treadmill because Francis Lui Kin-wai’s progressive young galloper was one of the two horses – Tony Cruz’s California Spangle was the other – on whom he won five times in 2022.

No Lor-prepared galloper won more races in 2022 than Rewarding Together, aboard whom Matthew Chadwick saluted the judge five times.

Everyone will have their favourite memories of 2022 – racing is a sport of opinions – but it is hard to go past Romantic Warrior’s slaying of a top-drawer international field in the Hong Kong Cup as the peak performance of the past 12 months.

Not only did Jockey Club handicappers raise Romantic Warrior’s rating from 127 to 130 – the same number as that of Golden Sixty – following his 4½-length Hong Kong Cup annihilation of Danon The Kid and five more Group One champions, but also Punting Form analysts rated it almost a length superior than any other triumphant effort on Hong Kong soil in 2022.

Danny Shum Chap-shing has nothing less than a genuine global superstar in his Sha Tin stable.

WHAT HAVE WE JUST WITNESSED!? 🤯

Incredible! Beauty Joy soars to an almighty win after settling five lengths off the field with 1000m to go... @Beautystablehk | @zpurton | #HKracing pic.twitter.com/75VVJT3EOU

As for the racing commentary you will hear long after 2022 ends on Saturday, it will be McNamara’s call of the Group Three Premier Cup (1,400m) on June 19, in which Cruz’s Beauty Joy came from seven lengths off the lead with 600m remaining to have the broadcaster referencing the imported horse’s original name.

As everyone familiar with Talladega Nights: The Ballad of Ricky Bobby knows, if you ain’t first, you’re last. Beauty Joy was first four times in 2022, but never with more elegance than on June 19.