Jockey Club dreaming big about the future, but the reality is now

The blow-up during the week by the travelling team with jet-setting stayer Red Cadeaux highlighted the fact that while “world class” is a term rightfully applied to many facets of Jockey Club operations, training facilities is definitely not a category that falls into a bracket of excellence. 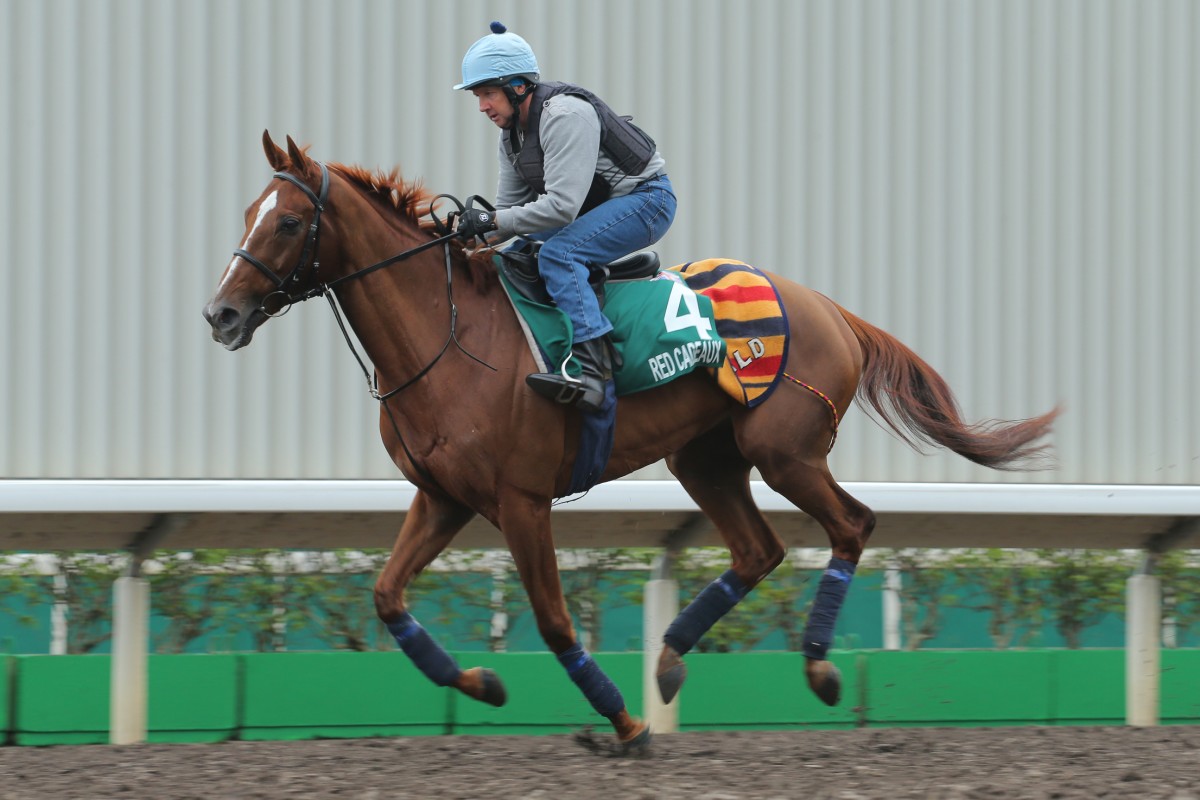 The blow-up during the week by the travelling team with jet-setting stayer Red Cadeaux highlighted the fact that while “world class” is a term rightfully applied to many facets of Jockey Club operations, training facilities is definitely not a category that falls into a bracket of excellence.

What is world class here in Hong Kong racing?

A crack team of veterinary staff and drug testing laboratories that can pick up tiny amounts of stray cattle fattening agents and naturally occurring arsenic.

All world class, along with the integrity measures employed by stipendiary stewards and racetrack security staff.

Wagering technology gets a big world class tick, too.

While you can’t quite use the line “third world, not world class” with regards to Sha Tin’s training facilities, a recent visit to the depression-era movie set that is Santa Anita Park assured us of that.

A previous visit to South Africa with its rudimentary, but seriously good, sand tracks in the scrubland, was an eye-opening experience as well. Still, what is available to trainers at Sha Tin is limited and not up to modern standards.

It’s like the club forgot about one key component when launching the HK$7 billion “racecourse of the future” master plan just over three seasons ago: horses.

Those animals that make the betting merry-go-round, go around. Under the rebuild, sections of public grandstand have made way for myriad fancy new restaurants, betting auditoriums and private boxes, all driven by one of our favourite marketing phrases – “customer segmentation” – and all with a view to driving turnover.

But down on the ground, outside of a major overhaul of the three decade-old stables, the place where the work gets done – the tracks – have essentially remained the same and come under increasing pressure in recent seasons.

Red Cadeaux’s loyal and protective handler, Robin Trevor-Jones, went all John McEnroe on us earlier in the week, producing a “you cannot be serious” tirade upon seeing an all-weather track that you would hesitate sending Mars Rover on to, let alone a racehorse. 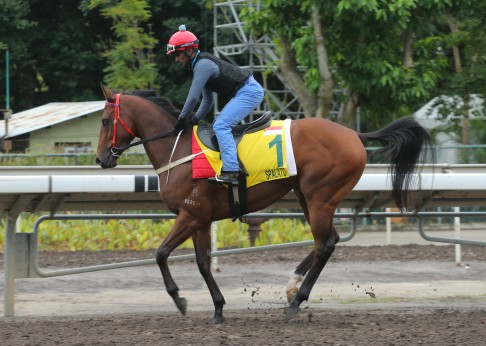 Rain had stopped the track from being harrowed and it looked like it was ready for a recreation of the Battle of the Somme.

But did Trevor-Jones think there were some Newmarket-like gallops, or Chantilly-esque forests, in the hills behind Sha Tin, and the the locals were happily cantering around while Red Cadeaux trudged through the pockmarked mud?

Well, there’s not – there’s skyscrapers everywhere and real estate is at a premium. That oddly named all-weather track is basically it for trainers, other than tightly controlled access to the turf on special occasions.

The American-style dirt course is what Hong Kong horses do all of their proper work on. It is flat and relatively hard, and its coarse surface takes a toll on horses’ feet too, leading to some wonderful work from the – here’s that term, rightfully used again – world-class farriers.

Now, this is certainly no slight on the ground staff of the Hong Kong Jockey Club, because as a group they can certainly be considered world class. It’s not about them, it’s about what they have to work with, or more to the point, work on.

Led by John Ridley, with turf track supervisor Pako Ip and the “doyen of dirt” Jim Howard taking care of the “all-weather track”, they are constantly pushing the boundaries of what is possible under enormous pressure.

Two turf tracks and the dirt course host 772 races in the space of 10 months in a heavily polluted environment that can be less than conducive to growing grass. They’ve even turned to the latest in artificial lighting to help them along. 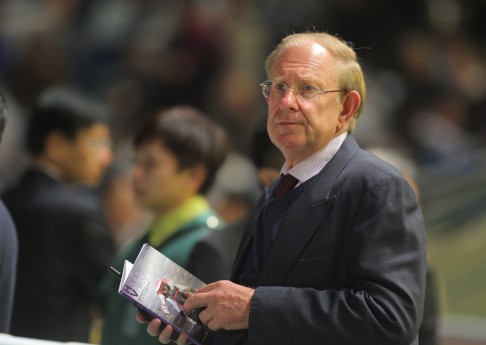 Necessity is the mother of invention, creativity comes from constraint, and whichever way you put it, Ridley’s team do an amazing job. But so do trainers at Sha Tin.

Considering what they have to work with, what Hong Kong trainers have been able to produce in world racing in a breakthrough decade is remarkable.

They are not only overmatched numerically with a horse population of just 1,200, but they don’t have the luxury facilities – some natural and some manmade – that foreign counterparts have to work with.

It is perhaps educational that John Moore is reticent to work Able Friend – arguably the best horse in town – on Sha Tin's primary training surface this week ahead of the Hong Kong Mile.

Considering what they have to work with, what Hong Kong trainers have been able to produce in world racing in a breakthrough decade is remarkable

Aside from Japan’s spacious pre-training farms featuring indoor uphill gallops and tracks of various synthetic surfaces, the two Japan Racing Association centres, where horses are required to be based in the weeks before a race, are astounding in terms of variety.

Every type of track surface imaginable is available and, where nature can’t provide, the industrious Japanese have stepped in. They have created man-made uphill gallops and “forest” paths complete with huge pump-driven waterfalls and piped sounds of birds chirping in the grass.

Then there’s the equine pools – one larger than usual traditional oval pool and a straight swimming pool featuring adjustable currents for resistance training and an underwater viewing area to check the horse’s swimming action.

Sha Tin has a solitary pool. What’s it like? Ever been swimming at Kowloon Park Public Pool on a warm Saturday night in July?

Well, here’s a tip for new players: don’t. You can’t so much as do a horsey bomb without wiping out a whole family and the “water” feels like soup. It must be what Sha Tin’s equine pool is like sometimes, being shared by its 1,200 inhabitants.

Little wonder Hong Kong horses suffer from the worst kind of communicable disease this side of Lockhart Road, brittle tail syndrome, which makes a horse’s tail fall out and leaves them looking like they’ve been attacked by violin makers. 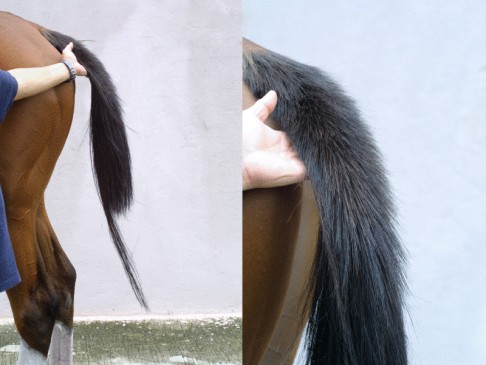 Of course the problem for the Jockey Club is space, and a lack of it – the horses already live in multi-level barns. Short of building skyscraper stables, which wouldn’t answer the issues of a lack of spelling facilities or create more space to gallop horses, what can the club do?

The Jockey Club’s solution can be found over the border and a “five-hour drive” away in Conghua, Guangzhou, where it is building a 150-hectare training centre, modelled on those in Japan, with a 1,500-horse capacity.

At least the development could be found if it wasn’t still much past the stage of most mainland racetrack developments – that of the awesome-looking “artist’s impression”. Actually, the last evidence we saw of the training centre it looked like a level bit of ground.

While still appearing to be at an embryonic stage, serious red tape issues like quarantine and government approval of equine drugs have been threshed out. That's more than can be said for the numerous other mainland ventures.

The bottom line is that the centre was meant to be operational by now, but the construction has been held back by climate factors and “unforeseen obstacles” – like dealing with the complex multi-layered governance.

The opening date has been shuffled back to 2018 at the earliest and even then officials say the biggest problem won’t be whether the training centre construction is complete. The issue of finding suitable staff and overcoming more legislative barriers could cause even more hold-ups. 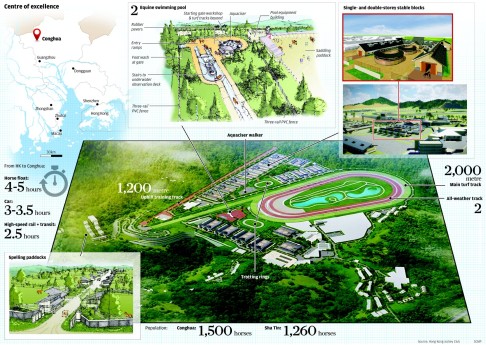 The fact is that Sha Tin’s facilities are at breaking point – the abominable straight races tell you that.

The straight course was once the host of Sunday’s Hong Kong Sprint, where the fairness of the track gave the race the feel of the Olympic men’s 100m sprint final, but it has now become a running joke.

The reason the straight track has become so unfair? The increase in race meetings and longer season, for one, but more specifically a huge increase in barrier trials.

Commonly held up the straight, the turf trials have trampled the outside part of the course into submission and made it a road – a two-lane fast lane that renders fair and competitive racing impossible.

If it gets any worse, it could become a safety issue with 14 horses springing out of the gates and only one place to be if you want to win. 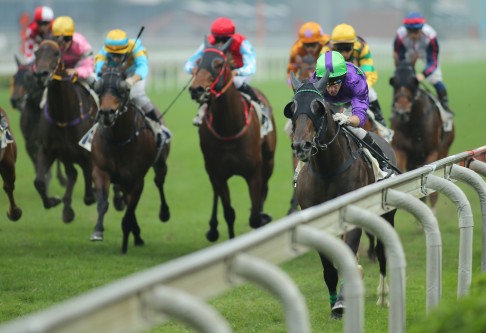 Last Sunday’s 11-race “sweep it under the carpet” fixture is a way to hide the shame seven days before the international visitors hit town. Seven races on the dirt and one up the straight, all in the name of conserving the main track ahead of the “Greatest Show on Turf”.

The grass coverage on the main track looks superb this week, and a long way from the road served up three weeks ago on prelude day – a course that had many trainers and jockeys worried (the track producing slick times that might have had visiting trainers worried, too).

But as far as 1,000m racing at Sha Tin goes, there seems to be no alternative than to scrap it all together – setting up barriers on the point of the turn might be fairer.

The Jockey Club wants a larger horse population to ensure better racing and a turnover-boosting increase in field sizes, and dreams of a day when horses run around, stretching their legs in pasture-filled paddocks at Conghua and are shuttled down for the final stage of a preparation.

But this is the reality: for all of the money poured into the dream of Conghua and the racecourse of the future, is there more that could be done in the here and now? While the Jockey Club is looking to the future, the present holds its own serious challenges.