The visitor puts on a performance for the ages at Sha Tin trackwork on Thursday, sending his handlers crazy but probably attracting a legion of new fans “Naughty Alan” Al Ain gets his crazy on at Sha Tin three days out from the Group One Audemars Piguet QE II Cup. Photos: Kenneth Chan

“Oh, you thought Pakistan Star was crazy? Hold my beer.”

It was as if Al Ain had heard about the reputation of Hong Kong racing’s resident racetrack rascal and Audemars Piguet QE II Cup rival Pakistan Star and tried to upstage him on Thursday at Sha Tin.

Pakistan Star may have attracted worldwide racing fame with his stop-start act, but nobody does crazy racehorses better than the Japanese and Al Ain may just have sent his handler Shin Otose and trackwork rider Yuki Iwasaki into early retirement with an hour-long ordeal.

Just as fan favourites Gold Ship, A Shin Hikari and Orfevre were a mix of natural talent and pure equine nuttiness, Al Ain is blessed with ability but clearly has a screw loose.

The plan was for Al Ain to gallop on the grass at Sha Tin ahead of Sunday’s HK$24 million race, but Al Ain stepped out on to the track with his own plan; to send Otose and Iwasaki insane. 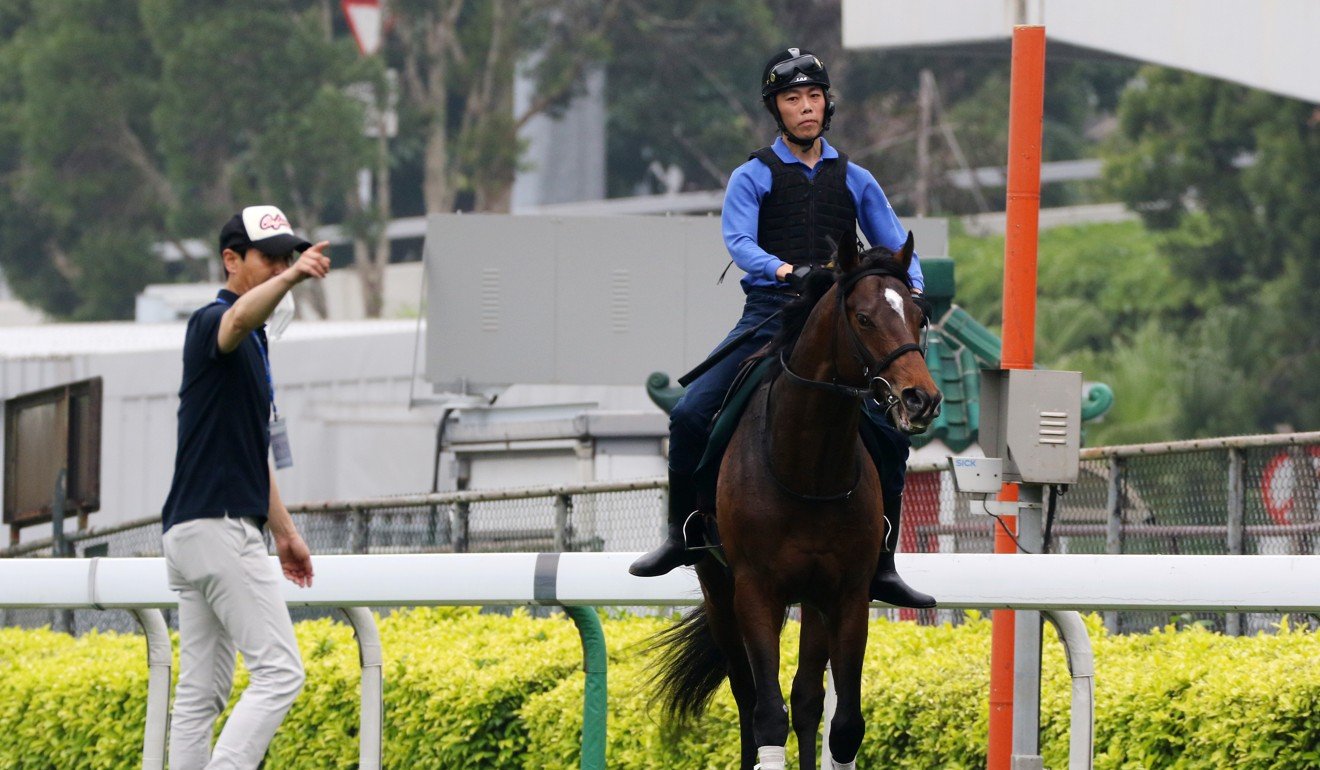 What followed was 57 minutes of hi-jinx, sometimes with a dangerous edge, as Al Ain ducked, dived, swerved, backed-up and bucked his way through a session that ended with a belated and rather unconvincing gallop back to the quarantine stables.

Trainer Ikee is no stranger to crazy horses. He trained one of the best of recent times, Orfevre, who featured prominently in our top five craziest Japanese racehorses of all time and was responsible for one of the great racing YouTube clips. 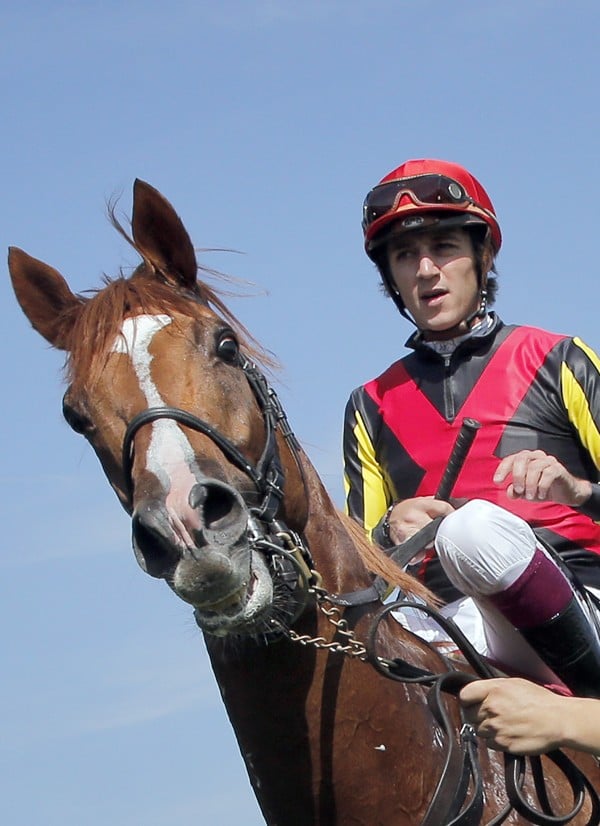 The trainer seemed nonplussed about the antics of “Naughty Alan”.

“In Japan he is used to his surroundings and he works with other horses,” he said. “This is the first time galloping by himself so that may have contributed to what happened.”

Al Ain – who has earned the nickname “Naughty Alan” in quarantine – still has a way to go to join some of the crazy-but-good racetrack greats, but Thursday’s belligerent display was right up there as far as difficult-to-handle behaviour goes.

Those watching on the Hong Kong Jockey Club “trackwork live cast” – a sensational innovation by the way – were in for a real treat.

It started with a lap of the turf that took close to 30 minutes and included some refusals and rodeo-style bucks.

Welcome to the Al Ain show... in the grand tradition of completely MAD Japanese horses, he is refusing to gallop this morning at Sha Tin #QEIICup #アルアイン pic.twitter.com/HAJernFoLp

Al Ain even stopped at the same 1,400m mark Pakistan Star is found of pulling up at, as if to pay homage to Hong Kong racing’s king of crazy.

There was also a moment which was slightly more scary, and would have put a real dampener on things had it gone wrong, where Otose, who had replaced his colleague for a ride in the hot seat, had his foot caught in a stirrup when dislodged.

Fortunately, Al Ain had the good sense to stand still for a moment and allow him to remove his foot, but probably only so he could continue to slowly torture the embattled pair.

Gold medal for best work of the morning goes to Al Ain’s stripper. Stretching out nicely... no doubt off for some stress leave after this

Al Ain was switched to the dirt for more stopping and starting, before finally a switch to galloping the wrong way up the home straight brought about an end to the ordeal.

Asked whether Al Ain would try to match Pakistan Star for weird behaviour on race day, Ikee was about as convincing as his horse’s work. 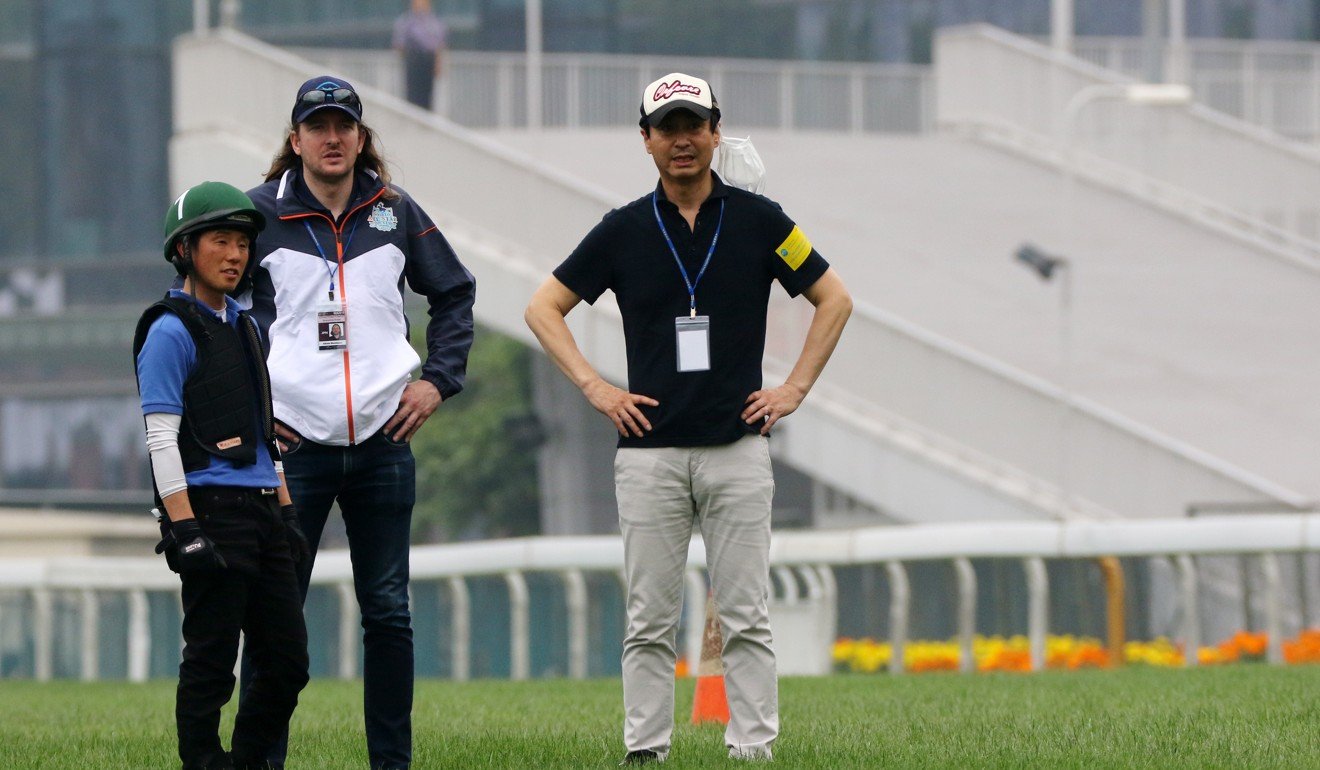 “I doubt it would happen,” he said. “In Japan, he has never had an issue in a race.”

As far as Ikee is concerned, all’s well that ends well, and as long as his horse got his 800m breeze-up in, then it’s off to the races.

“He did the speed and amount of work he needed so what was needed to be achieved was achieved,” he said.