Changing of the guard for Hong Kong's sprinters, with Peniaphobia the flagbearer

Lucky Nine. Sterling City. Amber Sky. Charles The Great. Frederick Engels. Ask any punter in January last year who Hong Kong’s top sprinters were and the list would have contained that quintet, with maybe one or two variations. 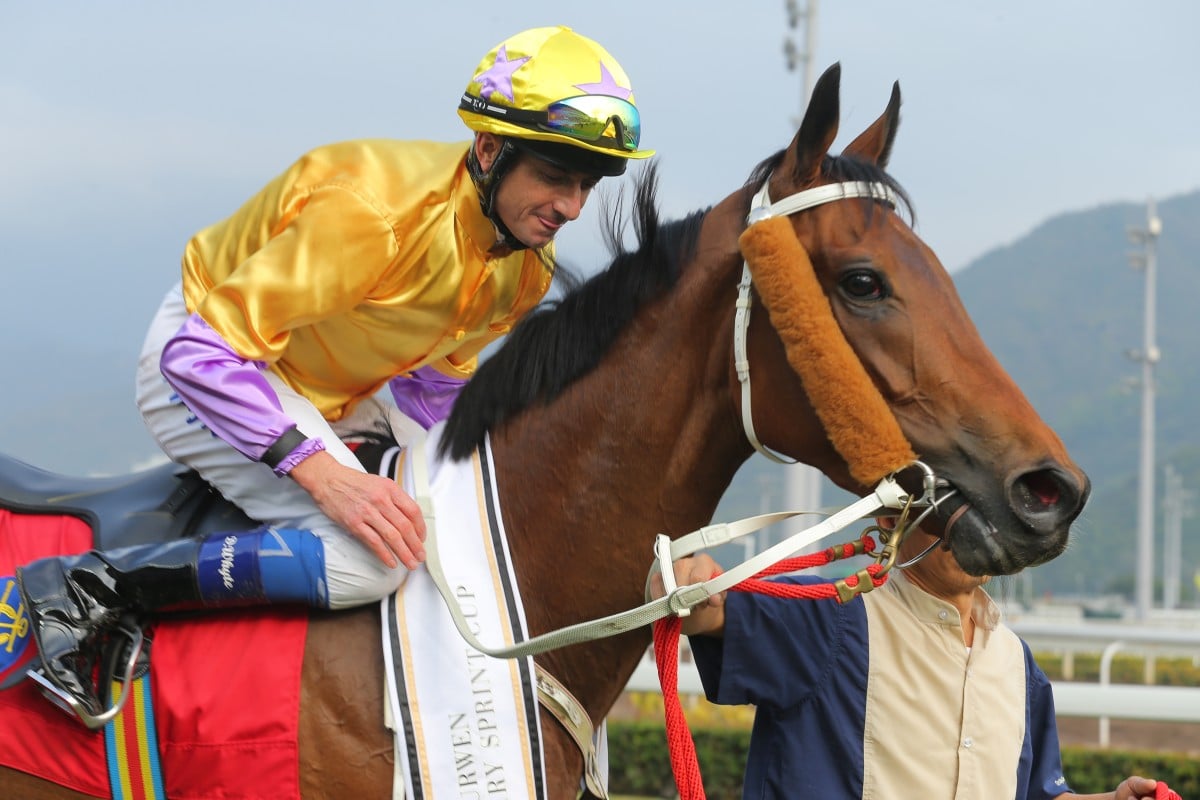 Peniaphobia will fly the flag for Hong Kong's sprinters for years to come. Photo: Kenneth Chan

Lucky Nine. Sterling City. Amber Sky. Charles The Great. Frederick Engels. Ask any punter in January last year who Hong Kong’s top sprinters were and the list would have contained that quintet, with maybe one or two variations.

But the past 12 months has brought a changing of the guard and after the epic battle between Peniaphobia and Bundle Of Joy in the Kent & Curwen Centenary Sprint Cup last Sunday, the torch has well and truly passed to the new generation – charged with carrying a legacy produced by the likes of Silent Witness, Absolute Champion and Sacred Kingdom before them.

Before the start of the season, our assessment of Hong Kong’s top horses read: “The weakness in the ranks may be in an area of traditional strength – our sprinters. Despite the wins of Amber Sky, Sterling City, Rich Tapestry and Lucky Nine in Dubai and Singapore last season, all have caveats and there still remains an opening for a high-class speedster to emerge.”

“Divine Ten, Aerovelocity, Golden Harvest, Super Lifeline, Peniaphobia and Rad all snuck into triple figures last season and one or a number of them can make the leap to the highest level…”

Almost halfway into the season, the fortunes of those who crept into that 100+ band have been mixed.

Divine Ten has not been seen since injuring a tendon in an opening-day flop, only entering the trotting ring at Sha Tin three times since, while Rad has gone astray in two starts this season.

Tony Millard’s duo, Golden Harvest and Super Lifeline, have run admirable races in Group company without quite making the step up.

But the two that have made the leap are now both Group One winners and also ran one-two in the Longines Hong Kong Sprint – Aerovelocity and Peniaphobia. 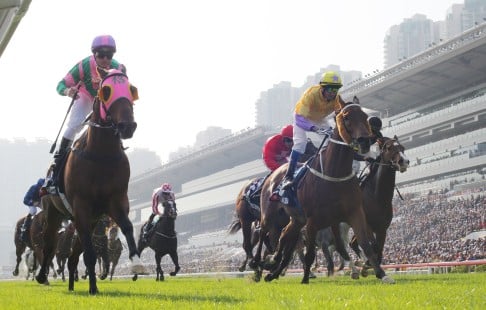 Add five-furlong speedster Bundle Of Joy and the somewhat underrated Smart Volatility to the list and the future is now here on our doorstep.

Incredibly, both Peniaphobia and Bundle Of Joy were racing in Class Three races this time last year. Even Aerovelocity was still in the lower end of Class Two, having won his way out of Class Three on international day in 2013.

Of the new crew, though, the still improving four-year-old Peniaphobia shapes as the standard bearer for the sprint division – no Silent Witness, perhaps, but the next superstar to fly the Bauhinia on the world stage.

It’s been a quick rise for the former Richard Fahey inmate with the laughable name (which, despite other crude thoughts for the modern English speaker, means a fear of poverty).

Arriving the winner of three from four starts as a juvenile in Old Blighty, including the Weatherbys Super Sprint down the Newbury straight, Peniaphobia stepped out for the first time on January 15 last year, only two weeks after he officially turned three – and still almost three months shy of his actual birth date. Off a rating of 82, but still in Class Three because of a five-pound allowance given to northern hemisphere three-year-olds, the horse endured a tough run over the Happy Valley 1,000m from an outside draw before flashing home for third.

A sixth down the straight was somewhat disappointing, but he stamped himself as a Group One horse in the making at his third start, when he gave apprentice Alvin Ng Ka-chun – poor kid – one of only two wins for the 2013-14 season.

Coming from near last on the turn off a hot speed, Peniaphobia showed all the hallmarks that would turn him into a top-flight sprinter. He relaxed, stayed in touch with the hot pace easily and showed a tremendous turn of foot to make up an incredible amount of ground to have his head in front at the right time.

The win in early April was declared “the season’s best Happy Valley performance” by Alan Aitken in his Black Book column, with comparisons drawn with top filly Sweet Sanette, who produced stellar times in Class Two and was an eventual King’s Stand Stakes placegetter at Royal Ascot after she’d been switched to Millard.

Since then, Peniaphobia’s had nine starts for five wins, at both Sha Tin and Happy Valley, including the Group Two Jockey Club Sprint – where he sat three wide before sweeping to the lead early in the straight – and Sunday’s Group One.

What makes him attractive as a racehorse is his versatility, at least in the midst of a race. He can lead, or he can come from the back; he’s won going both directions, as well as down the straight; he can be smothered or exposed and still show a turn of foot.

Whether the same versatility stretches to distance – and whether he will get 1,400m in time – remains a query, but there are enough races at 1,000m and 1,200m to keep him occupied.

He’s still learning what the caper is all about, but when he finally has it all together, he may be the bombproof sprinter to continue Hong Kong’s terrific record on the world stage, beginning with the Dubai Golden Shaheen at Meydan in March.

There’s still space on the bandwagon for another sprinter to join the big guns – and perhaps it might be a horse still in Class Three now. Maybe it will be John Size’s Country Melody, although he has done very little work since a last-start disappointment down the straight. Or perhaps it could be his stablemate Eroico, despite the fact he looks like he’ll appreciate further in time.

Maybe David Hall’s Good Luck Boy or Richard Gibson’s Jetwings could fit the bill, after strong debut performances. A better guide to their future will come on Sunday.

Whoever joins him, expect the slightly awkward cringe that comes with talking about Peniaphobia to linger for a while yet – his career is only just getting started.