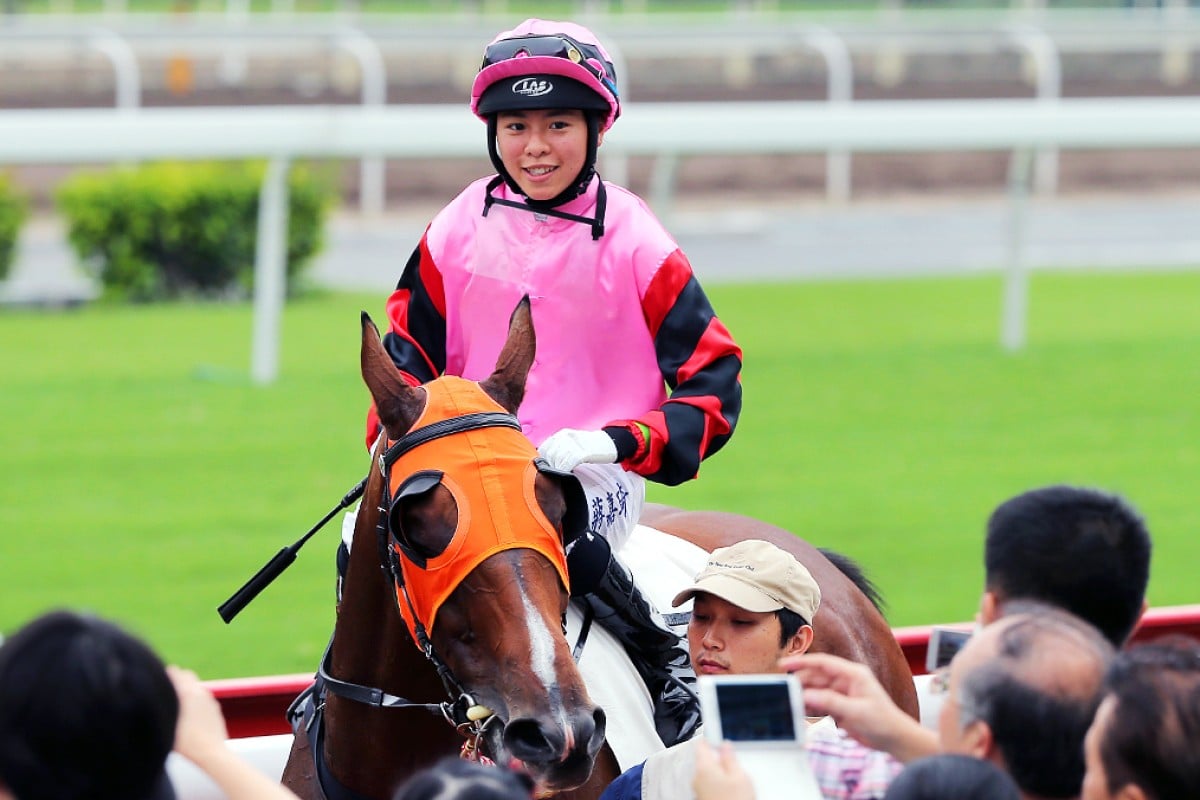 Kei Chiong returns to the cheers of the Sha Tin crowd after recording her first winner on Hearts Keeper. Photo: Kenneth Chan

Kei Chiong Ka-kei was the centre of attention when she became the first female jockey to win a race in Hong Kong for more than 15 years, edging out fellow apprentice Jack Wong Ho-nam in a photo on a big day for the two 10-pound claimers.

I am happy to get that win ... it wasn't a relief, really, because I wasn't worried and I knew it would come eventually
Kei Chiong

The in-form Wong had already won a race and had his sights set on a double before Chiong's desperate drive to the line lifted Hearts Keeper past Horse Supremo in a Class Four dirt sprint.

"I am happy to get that win and of course I knew it was Jack I was chasing," Chiong said. "I think that made me chase even harder."

Ironically, it was Wong's boss, Me Tsui Yu-sak, who gave Chiong her breakthrough success, which was the first for the fairer sex at Sha Tin or Happy Valley since Carol Yu Wing-sze won a race in May 2000.

While Wong has started this season on fire - Saturday's win on Mighty Gains was his seventh this season - Chiong, who is yet to be permitted to ride at Happy Valley, had to wait until the 11th meeting of the term for her maiden win.

It took 26 rides for the 22-year-old to notch her first victory and she was the last active jockey to get off the mark. 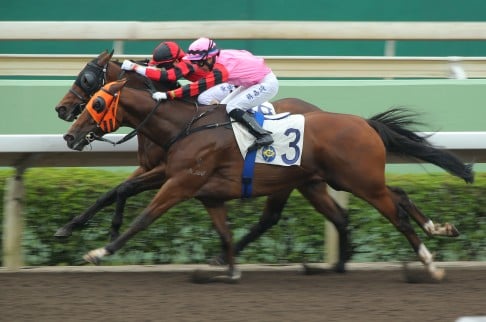 Still, during that stretch, she has had the fourth-best place strike rate of any rider and had finished runner-up on five occasions.

"It wasn't a relief, really, because I wasn't worried and I knew it would come eventually," she said.

I was dying for Kei to get that first winner. Hopefully, now her confidence will grow
Felix Coetzee

Chiong's parents were present as well as apprentice school headmistress Amy Chan Lim-chee, and perhaps just as proud was former champion jockey Felix Coetzee, who was appointed as consultant to the Riding Development Board this season.

Coetzee visited Sha Tin late last month to work with the apprentices and speaks to both Chiong and Wong after each meeting.

"I was dying for Kei to get that first winner," Coetzee said over the phone from his native South Africa.

"Hopefully, now her confidence will grow. She is working closely with Craig Benton from the riding school and we have both noticed her improvement from meeting to meeting.

"The little things she picks up on she is putting into play. I'm so happy for her. It's easy to get labelled in Hong Kong and if you don't get that early success things can get very difficult." 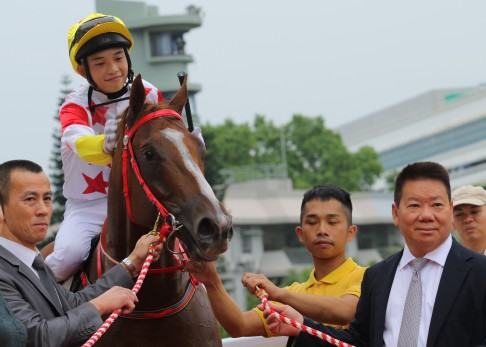 Just six of Chiong's 29 rides have been for her boss, trainer Francis Lui Kin-wai, but he hopes he can supply her with more rides soon.

"I think she is riding very well and I am happy for her," he said. "Kei works hard and listens, I just need to start getting her some better rides."

Even though there is a burgeoning rivalry between the two youngsters, Wong still allowed himself a congratulatory remark to Chiong straight after the race.

"I knew she had got me on the line so I was first to say well done. Of course I was happy for her - even if I was beaten. What can I say? I've got a big heart."