Why did Hong Kong’s leading lady of the turf Kei Chiong end her burgeoning riding career so early? 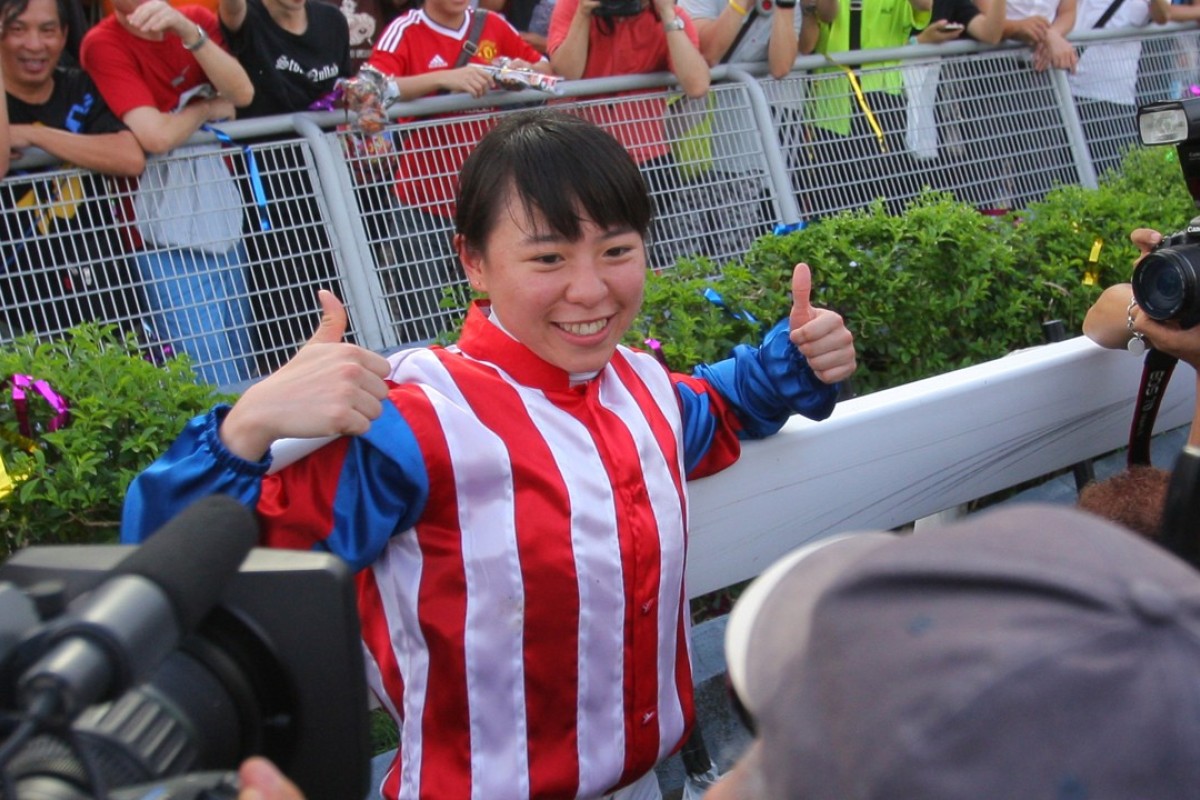 There’s a saying in racing – you can be a plumed peacock one day, a feather duster the next.

On this day two years ago, Kei Chiong Ka-kei had ridden two winners in Hong Kong and was sidelined, recuperating with a hand injury from a fall on international day that had been all her own fault and had senior jockeys concerned she might badly hurt herself or someone else if she continued.

What followed was, by any measure, extraordinary.

Chiong returned from the injury with two wins from 76 rides, then won 35 of her next 238 and her world was aflame, the hype took over and suddenly she pipped Joao Moreira for the Most Popular Jockey award. 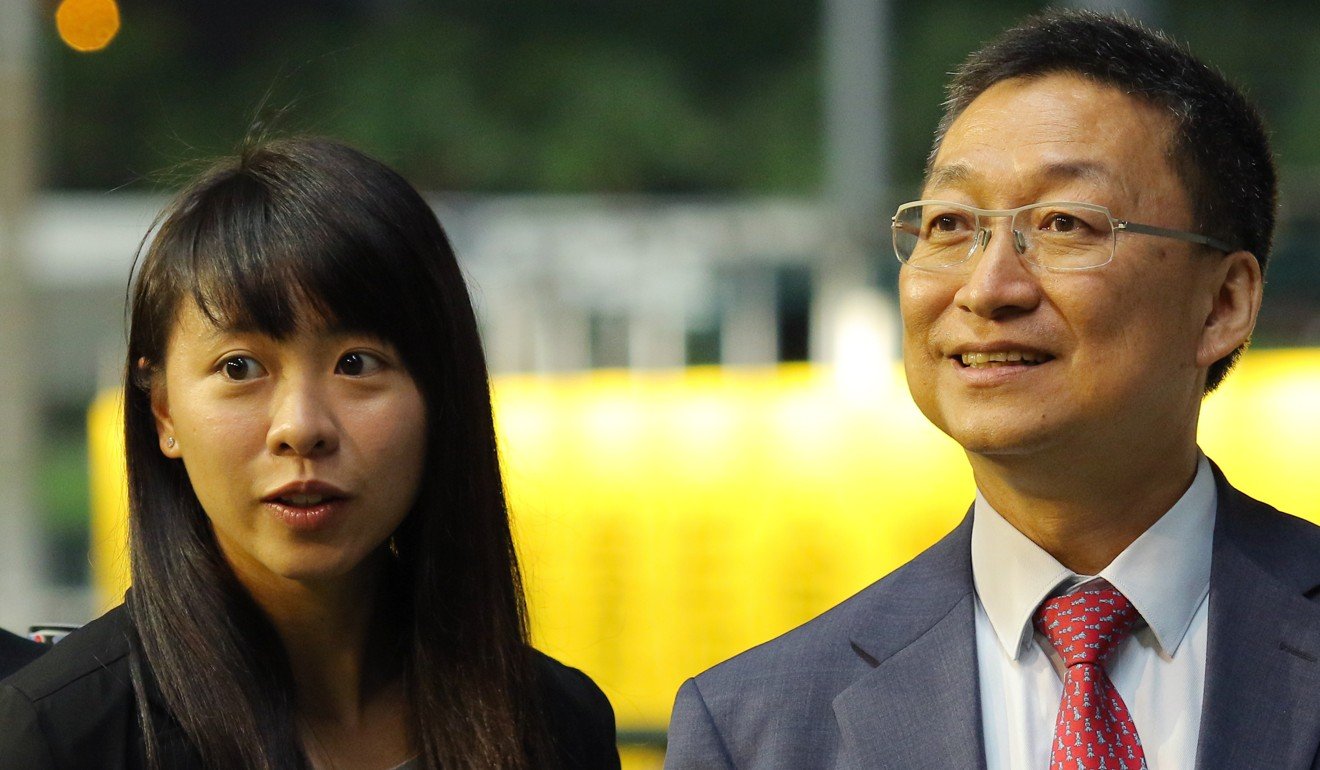 It was a remarkable five months – that’s all it was – and a circus that could not be sustained.

We wrote here, after her four-win haul at Sha Tin in April 2016 that the hype was wrong, her lack of skill had cost her a fifth win and that she was tactically barren: “It’s a great story, we look forward to more of it, but a spike day where a number of noses were in the right place at the right time is not a career, and a career requires a lot of progress from where Kei is now if she is to get where she aspires to go. Now the hard work begins, because Kei is pretty much the same rider she was on Saturday night but the glowing coals of expectation have just been doused with petrol.” 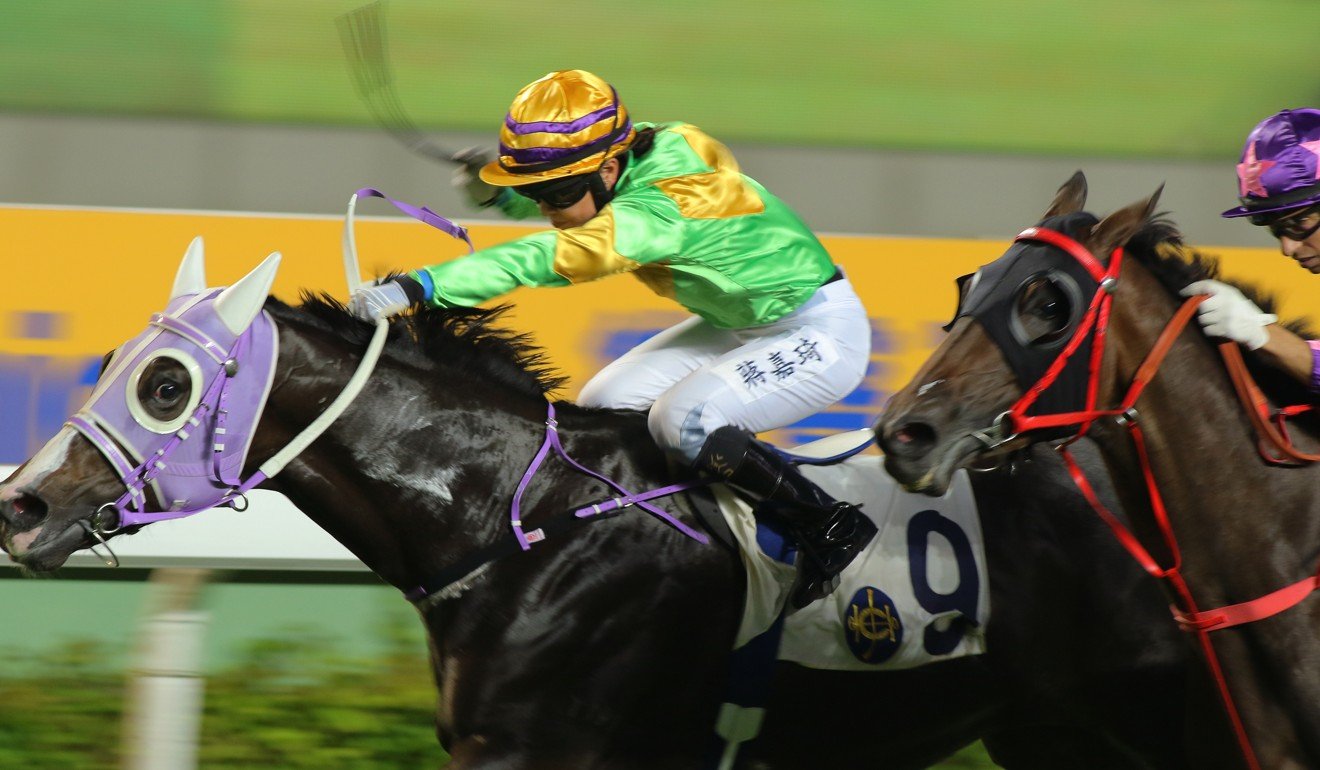 They were words that earned us a few terse comments from KK groupies and would-be beaux on social media but time bore out that view.

So, if you’re a fan or a casual follower of racing wondering how KK’s career ended on Monday less than two years after the day she rode four, what went wrong?

Well, injuries do not help, and they have been offered as the reason for her early retirement at the age of 25 but, within racing, there has been no expectation since August that she would ever ride again.

The perfect storm of the 2015-16 season as the only in-demand claimer was gone when Dylan Mo Hin-tung and Matthew Poon Ming-fai arrived and her opportunities were strangled in 2016-17, the spell was broken. 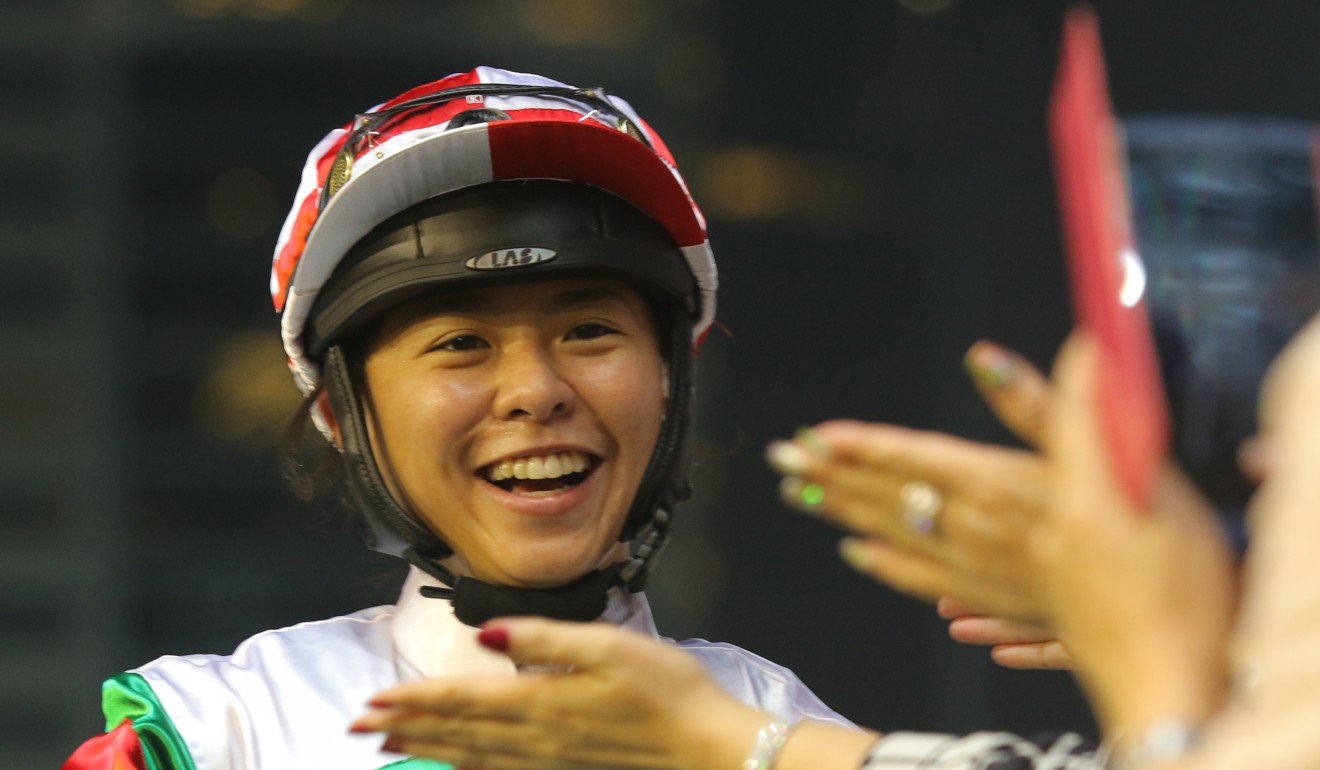 She was no worse but, crucially, no better than she had been and she needed to be. There was plenty of insider talk about an attitude suggestive of having sipped the Kool-Aid of her own fame – we recently wrote of similar symptoms arising in Poon and Mo – and her skills and nerve were seriously questioned, yet we had this Bizzaro world series of honours presented to her around the globe even as her career was virtually over.

Kei Chiong had her moment, good luck to her and we wish her many more.

But the story of her rise to fame was a helium balloon, a feel-good fantasy fans clung to because they wanted it so much they couldn’t see it was not real, and now that balloon has slipped their fingers.

No call on Ray’s Call is a mystery to all

Did the stewards and jockey Vincent Ho Chak-yiu just get it wrong in the opening race on Sunday?

In this very space, seven days ago, we discussed the protest at the 700m in a provincial race in Australia, when a leader turning off the speed too fast caused a ripple back through the field and a protest was later upheld.

That, we considered, was ridiculous. The affected horse did not lose its relative position and the argument that its narrow defeat occurred solely because of that incident was drawing a very long bow.

We would probably default to upholding fewer protests than many but we would have upheld an objection by Ho on Ray’s Call against Derek Leung Ka-chun-ridden People’s Champion on the weekend – except that there wasn’t one.

That there was no objection or sign there might be was a failure of the system, whatever anyone thought about the likely outcome. 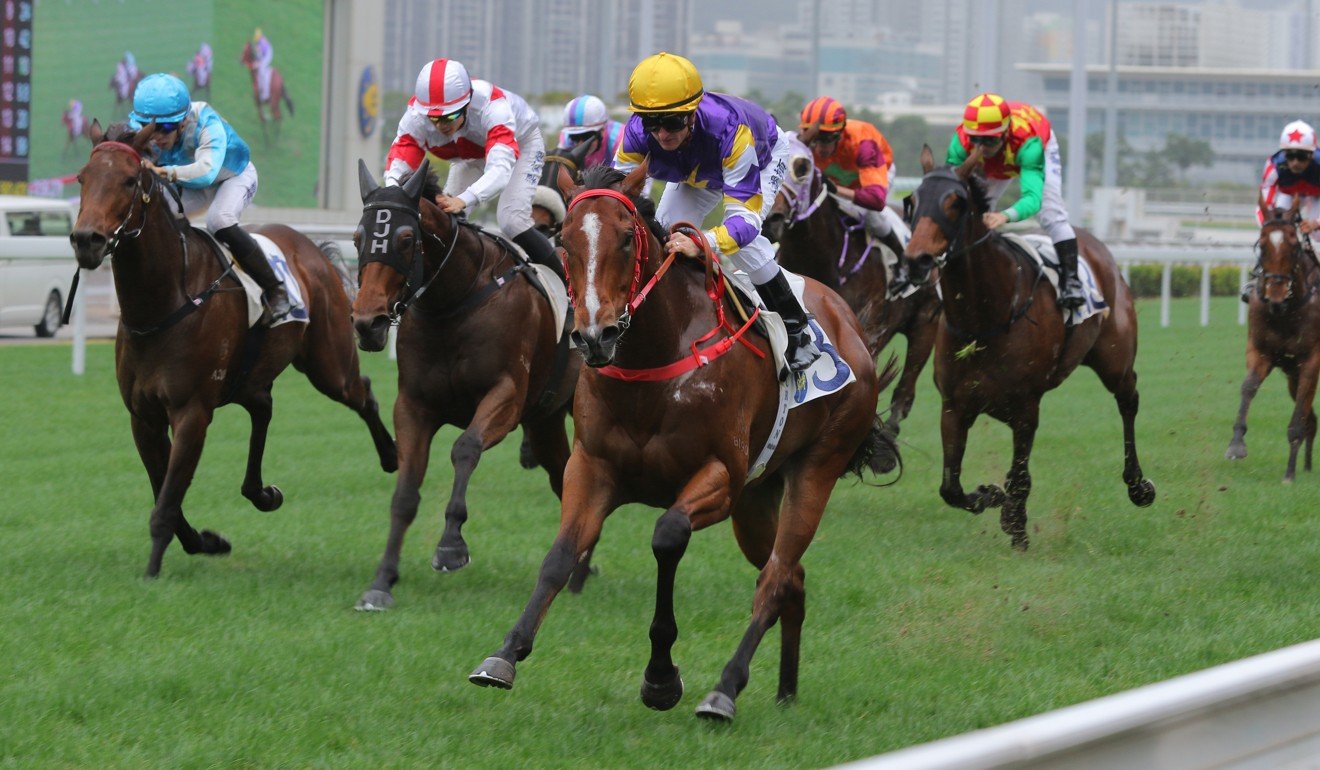 There was a significant check to Ray’s Call as People’s Champion came out into his path near the 400 metres. It was equally clear the check had a single culprit, so two of the necessary requirements of a successful protest have been met.

We asked chief steward Kim Kelly why a protest had not occurred and he said the proposition was put to Ho, who elected not to take action.

Why not is anyone’s guess but Ho’s inaction in no way removes the option for the stewards to protest on his behalf.

Ho was, at worst, a length from Leung’s mount at the time but moving closer, checked and was then two lengths behind him by the 200m before cutting the margin back to a shrinking neck by the finish. In our view, he would have beaten home People’s Champion without the check. 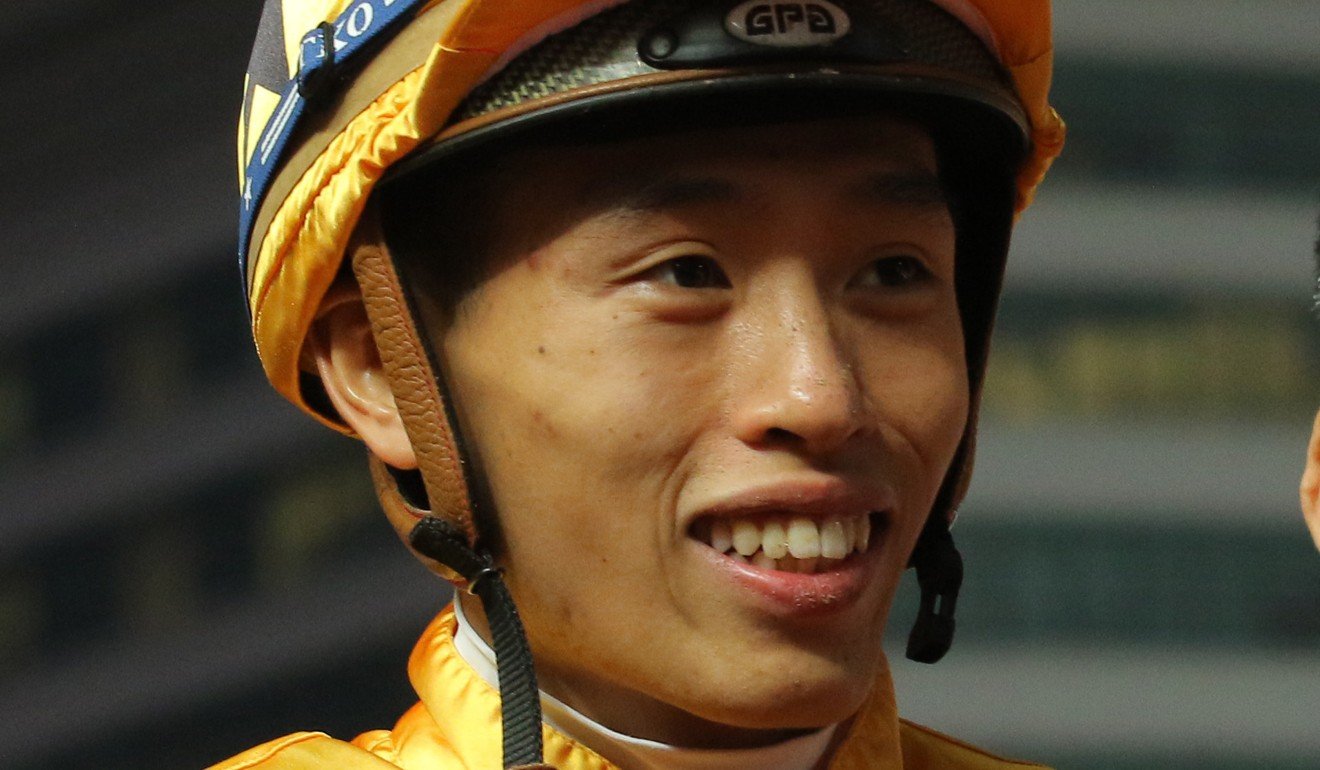 Kelly is not a fan of the 400m mark protest and there are good reasons for that – an awful lot can happen between the 400m and the post and your eyes can deceive you.

Think back to the 400m of the Hong Kong Vase in December and how many thought that Talismanic, under a Maxime Guyon grip, was preparing to give wind burn to Highland Reel, already being asked strongly by Ryan Moore?

Now, imagine that Highland Reel had come out and significantly bumped Talismanic sideways at that point then ultimately scrambled home in front of him by a head.

To the world, it’s protest upheld. Yet, when that interference in our imaginary scenario didn’t happen in real life, Talismanic was comfortably beaten by almost two lengths.

This is the difficulty of the protest at the 400m. What you see there, horse versus horse, may not be what it translates to at the post. 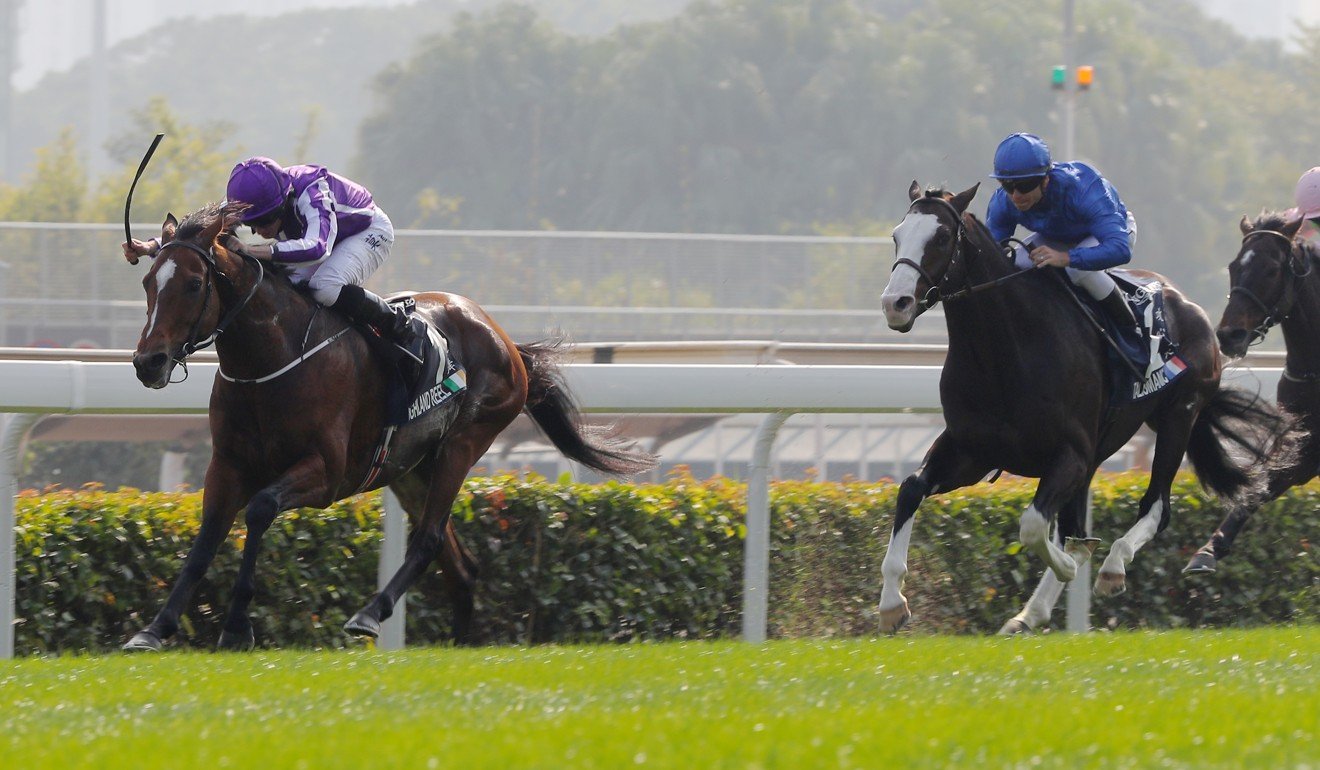 Some horses don’t finish off, some quicken up better than others but their run ends and, on Sunday, the argument for any decision not to protest was that Ray’s Call was bumped but couldn’t live with the acceleration of People’s Champion, who quickly put that two-length margin on him. That argument contends that he would have put that gap on Ray’s Call whatever happened because Ray’s Call just doesn’t have a turn of foot.

The counter argument is that he wouldn’t have been putting a margin on anybody had he stayed in his lane because he may have been pocketed by Ray’s Call.

The fact we don’t, and can’t, know what happened next – whether Ray’s Call could have kept People’s Champion in or he would have sprinted away even without having to inflict the interference – is what sticks in Kelly’s craw with an objection so far out and, most of the time, we would be in the stewards’ corner.

We get that but we also get the reality of what actually did happen and that punters everywhere have come away from Sunday’s race mystified about why there was not even an inquiry sign to indicate potential protest action by either jockey or stewards, let alone mystified that it wasn’t lodged or upheld.