Why horse racing is lengths ahead of other sports when it comes to integrity, despite its bad name

As a spate of scandals highlight risks of betting, sport of kings should be lauded Former New Zealand cricketer Chris Cairns arrives for his perjury trial in London on Monday. He has become a central figure in the murky world of sports betting in recent weeks. Photo: AP

The sports headlines in the last few weeks have featured a colourful mix of insider trading in fantasy sports operating on gridiron, five players from Nepal's national football team arrested for match-fixing and allegations that former star test cricketer Chris Cairns threatened a teammate with a bat when he wouldn't throw a game.

Racing's biggest threat is sports betting, and it is a lack of proper regulation that continues to fuel sports betting's growth – and its controversies.

Yet it is the so-called sport of kings that still carries the stigma of corruption and scandal for many. It smacks as more than a little unfair.

A not uncommon question when you mention you are a racing writer is, “Racing is rigged, right?” It doesn't seem to matter how many cyclists get done for doping, or how many athletics medalists are later rumoured to be cheating, or if “ghost” football matches are set-up and never played – racing gets the bad rap as "crooked".

Tales of the bad old days – of the Shanghai Syndicate fixing races in Hong Kong, of poison dart systems installed in tracks under cover of darkness and even that wonderful old euphemism “colourful racing identity” – don't do much to dispel the myths. Some in racing almost take pride in the shady stories. 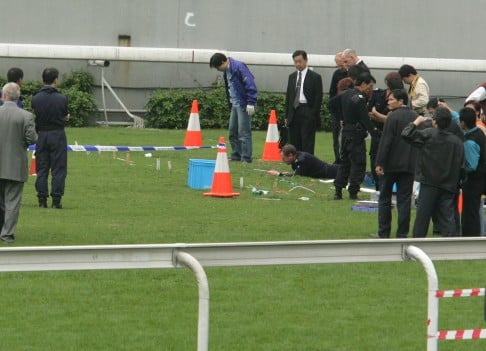 The Shanghai Syndicate was decades ago, though, and as betting on other sports like football and cricket has grown exponentially in that time, so too the spectre of manipulation and match-fixing has crept into play.

Racing remains lengths ahead of other sports when it comes to integrity measures. If racing is proactive, sport remains reactive – putting out spot fires, or worst, acting after the fact. Still, racing has to ensure it stays on the front foot.

Recent presentations at the International Federation of Horseracing Authorities conference in Paris showed just how knowledgeable the Jockey Club is on matters involving illegal sports betting.

I guess the club ought to be, given the epicentre of the sports betting explosion and the major growth in illegal betting markets is right here in downtown Asia - officials estimating that Asia Pacific Operators are responsible for as much as 70 to 80 per cent of the world's illegal sports bets.

Jockey Club head of security Martin Purbrick, a former detective with a background in investigating fun-filled topics like weapons dealing, terrorism and triad gangs, gave what must have been one of the more extensive briefings on the topic ever delivered publicly.

Some of the numbers are staggering – the unregulated market in Asia alone boasts turnover that Interpol estimates at US$500 billion, part of a US$1 trillion industry. As Purbrick noted, that's not a sports problem: “It's a criminal problem.”

Purbrick's detailed presentation sat in stark contrast with the one that followed from Professor Laurent Vidal, a counterpart from the land of sports betting integrity and the International Centre for Sport Security. It was a presentation which was big on describing the problem but had little solutions and any definitive summary other than “be careful”.

Racing was built around betting, and it shows with comparatively healthy returns to the sport from wagering and, for the most part, open dialogue with the betting operators that pay the bills. Racing is still losing market share to sports betting year after year – again at last year's ARC Engelbrecht-Bresges presented figures that showed legal sports betting turnover was projected to move past racing this year and is expected to move further ahead. That's not just because the relative popularity of the sport continues to decline, but because the big players in sports betting give virtually nothing back to the sports they leach from and operate on such slender margins. It is hard to compete against bookies playing with a two per cent takeout when the Jockey Club's equivalent fixed-odds product takes out eight per cent.

Football allows agent-based bookmakers SBObet and Maxbet (formerly IBC) to dominate the landscape –the operators are tucked away in tax havens, working under opaque ownership structures and ironically crying foul when inevitably stung by the fixers.

And how is Fifa meant to handle sports betting when it is engulfed in what is possibly the greatest sports scandal of all-time?

The International Cricket Council and the International Olympic Committee turn a blind eye, ensuring real betting stays underground and that there are only negative impacts to sport – and no returns either, whether financial or by cooperation on matters of integrity.

Racing faces its own challenges from what we will call “unregulated” operators like CITIbet and AA-Star – we say unregulated because the Asian exchanges technically aren't illegal, just doing their own thing in a favourable jurisdiction.

We covered the exchanges at length last year and the question remains what action the Jockey Club will, or can, take to crack down on issues ranging from a lack of transparency to intellectual property theft and copyright.

In that story experts painted a picture of a dark and murky world of loan sharks with rudimentary methods of extracting payments from bad debtors.

Did we receive emails expressing fear for the sport? Of course not. Punters are a funny lot and after thinking we had filled them with fear, all many wanted to know was, “How do we get involved in this?”

For at least a few months there was a trickle of surprisingly upfront requests arriving in our inbox asking whether we could put them in touch with agents. 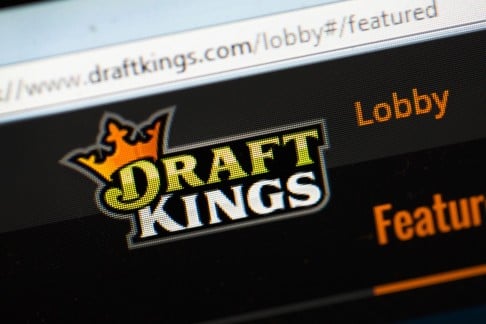 I mean, those rebates sound so good – never mind the knee breaking, bad payers and exorbitant interest rates on credit.

It's funny in a way, but mostly frightening, yet like most customers they just wanted a good price.

So while sport, living off broadcast rights and commercial deals, sticks its head in the sand and waits for the next scandal, racing will have to fight – it is too reliant on the wagering dollar to do anything else. At the Asian Racing Conference last year, Jockey Club CEO Winfried Engelbrecht-Bresges presented figures that showed racing sources 65 per cent of its revenue from wagering - and a compartively small amount from televsion and advertising. The same figures showed that American Football receives 44 per cent of its revenue from television alone.

Racing should also make sure it keeps its own backyard clean. Australia is attracting all sorts of bad headlines with the messy cobalt saga. Messages about integrity need to be clear and consistent.

Many in the sports betting world love to say that sport was made for betting – well, it isn't really. It might be fun to bet on, but come and tell me it is made for betting when Usain Bolt has to carry five pounds more than his rivals at the next Olympics. Or, more importantly, when sports betting can go a week without another controversy that fans with typewriters (or keyboards these days), in disguise as sportswriters, sweep under the carpet.

Even if sport was made for betting, the brutal truth is that sport doesn't know how to handle betting.

And while the wider world of sport – which really is the wild west when you scratch the surface – doesn't take responsibility for the gambling dollar, then racing will catch the blowback. 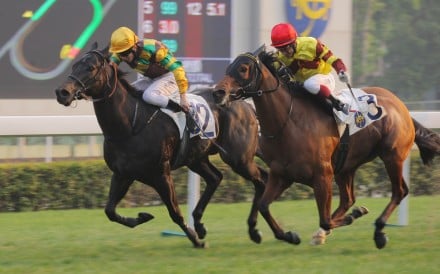 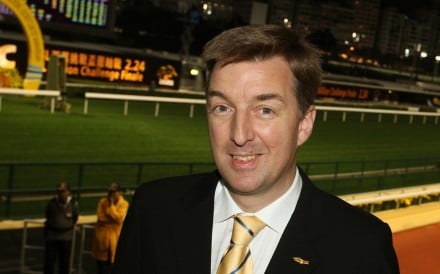