Female apprentice scores her first win after her return, employing some skills she picked up during her time off 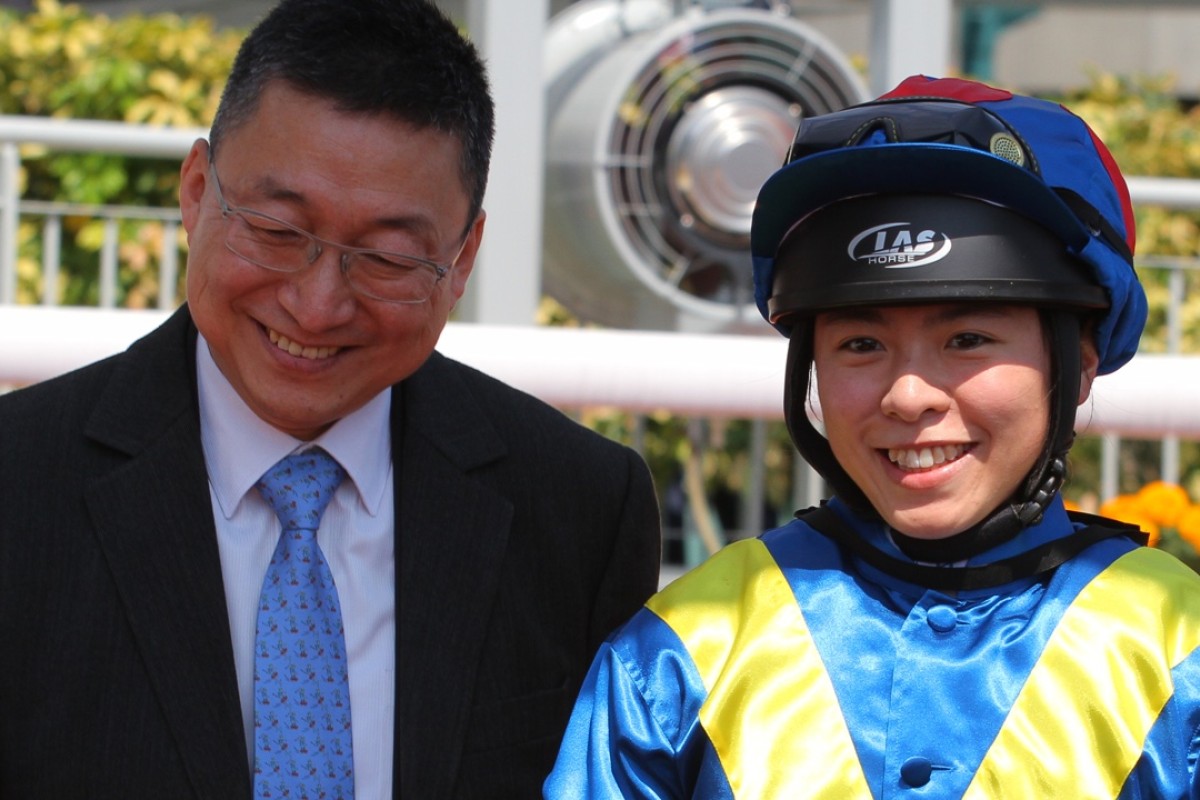 Kei Chiong celebrates with her master Francis Lui after the apprentice scored her first win since returning from injury on Helen’s Choice. Photo: Kenneth Chan

It seems an injury-enforced lay-off for Kei Chiong Ka-kei has been a blessing in disguise, or at least had some benefits, for the young apprentice after she enforced some impressive left-handed whip skills in a close finish on Helen’s Choice.

Chiong broke two fingers in her right hand in a nasty spill on international day and, after only returning to the saddle last Sunday at Sha Tin, the short-head dirt track victory was her first win at her fifth start since.

During the 10 weeks on the sidelines, the 23-year-old said she has been hard at work, with her left hand getting a particular, even if partially enforced, focus.

“I would rather be riding but the time off gave me time to work on different things and I spent a lot of time riding the Apprentice School’s mechanical horse and in the gym,” she said.

“I have been doing some different exercises and getting stronger with more core work, I have a six pack now. But I also had to hold the whip in my left hand and that has helped me.”

Former jockey Felix Coetzee has been in town for the past few weeks as part of his role as Apprentice School consultant and mentor to the club’s two apprentices. 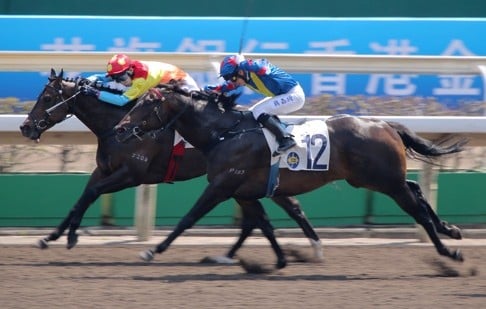 The South African had identified Chiong’s use of the whip in her non-preferred hand as an area to work on so he was pleased to see his protege’s hard work put into action.

“It was good for Kei to get a confidence-building win and there were some good signs today, she definitely showed some improvement,” Coetzee said. “She is getting them away from the barriers better and she really drove hard at the line in that win.”

It was good for Kei to get a confidence-building win and there were some good signs today, she definitely showed some improvement
Felix Coetzee

It wasn’t lost on Chiong that the rider of runner-up Travel Comforts was fellow apprentice Jack Wong Ho-nam, with the winner only prevailing by a short head.

“Of course I knew who it was,” she quipped.

Chiong, who started on the first day of this season, now has three wins so far but yesterday’s dramatic victory was actually her first for her boss, Francis Lui Kin-wai.

“That was a relief and a bit more special to ride a winner for him,” Chiong said, with Lui hoping the apprentice’s claim will help keep Helen’s Choice competitive in Class Four.

“The horse is pretty limited, but he won’t go up much with such a small margin and he only won off 40, so hopefully with that weight off his back he can win again in the grade,” Lui said.