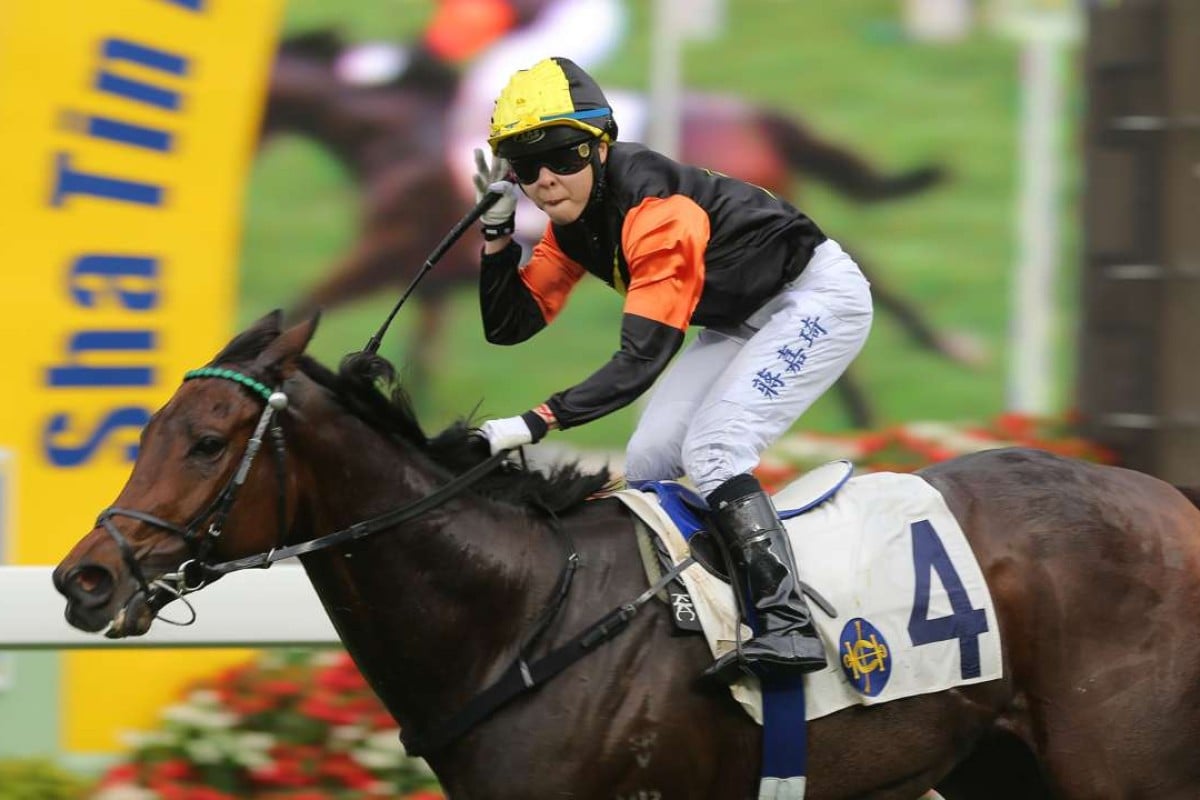 Kei Chiong holds up four fingers to signify her four wins after her final win of the day on Derek Cruz-trained McQueen. Photo: Kenneth Chan

Kei Chiong Ka-kei created history as the first woman to ride four winners at a Hong Kong race meeting yesterday and she very nearly made it five on a day when the rising star was simply “in the zone” at Sha Tin.

Chiong had already become the first women to ride three winners after Friends Forever, Supreme Flight and Gallant Rock scored, before a clever ride on McQueen delivered the history-making feat in race eight. 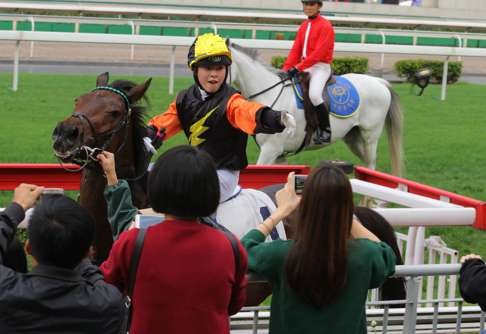 “Everything just clicked for her,” McQueen’s trainer Derek Cruz said.

Everything just clicked for her. It was just one of those days when, as a jockey, nothing goes wrong
Derek Cruz

“It was just one of those days when, as a jockey, nothing goes wrong.”The 23-year-old also became the first 10-pound claiming apprentice to ride four in a day since Keith Yeung Ming-lun achieved the feat at Happy Valley in November 2009, and was centimetres away from being the first apprentice to ride five in a day when Enormous Honour was edged out in race 10.

“When I got to the line and pushed the horse’s head down, I thought maybe I had got it too,” Chiong said of the near-miss. “My confidence was quite high today, especially after I had won with my first ride.”

That front-running win on Friends Forever was for trainer Manfred Man Ka-leung, who declared Chiong “the best lady jockey to ever ride in Hong Kong”. 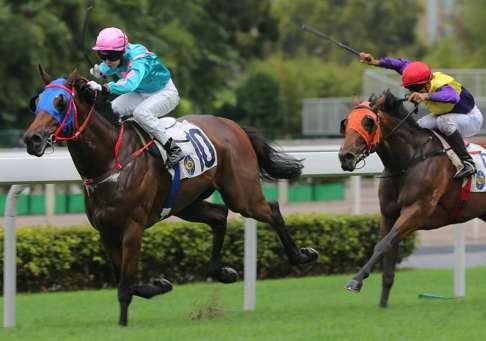 “She is such a smart girl,” Man said. “Of course her 10-pound claim helps, and she goes well on leaders, but she is full of confidence at the moment in every race she rides in.”

On Tony Millard-trained pair Supreme Flight and Gallant Rock, Chiong displayed a couple of key skills – firstly, toughness in a finish on Supreme Flight as she beat home Douglas Whyte on Multimax after being clearly headed in the straight, before then plotting an unconventional course up the middle of the rain-affected straight course on Gallant Rock. 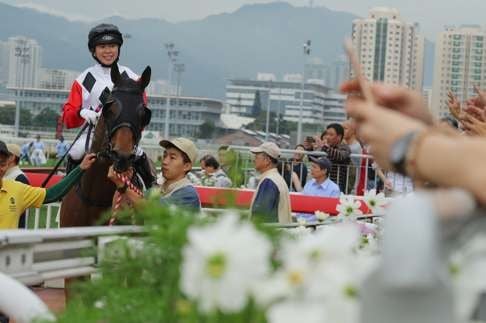 Perhaps it was the win on McQueen, Chiong’s 13th for the term, that best exemplified Chiong’s growing race awareness though, as she made a snap decision to allow her horse to stride up outside the lead after being instructed to sit midfield.

We are so proud of her, the hard work has paid off
Amy Chan

“She got a clean jump, she wasn’t in a hurry though,” Cruz said. “She saw that the tempo was slow and she was then able to dictate from there. He isn’t an easy horse to ride either, he can really pull hard at times, so she did a great job.”

Earlier in the day in Japan, fellow woman jockey Nanako Fujita broke through for her first Japan Racing Association win at Fukushima racecourse and the female trailblazers will serve as inspiration for the seven girls currently enrolled in various stages of the Jockey Club Apprentice School programme. 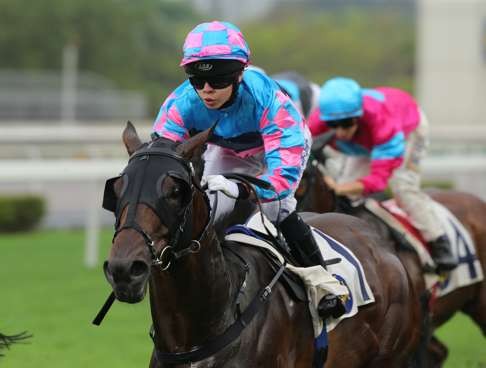 “We are so proud of her, the hard work has paid off,” she said. “Kei works hard for everything and mistakes don’t happen twice for her. This is why she will go on with her career. It is a success for the school system as well – Kei relies on that, she puts a lot of trust in the system.”