Felix Coetzee joins in the celebrations with connections of Noble De Boy after Kei Chiong’s 16th win of the season. Photos: Kenneth Chan

With every confidence-building win, D-day gets ever closer for in-vogue apprentice Kei Chiong Ka-kei, but her mentor Felix Coetzee believes Hong Kong’s only female jockey is ready to ride – and still thrive – without the advantage of a 10-pound claim.

That’s what this game is all about: confidence. That’s the same in all sports really, but particularly in racing
Felix Coetzee

Noble De Boy’s barnstorming win gave Chiong 16 wins for the season and leaves her four short of having the claim reduced to seven pounds, the point where many experts believe the 23-year-old could come back to the field after a huge few months.

Chiong made headlines when she rode a record-breaking four winners just over two weeks ago at Sha Tin, notched another double at Happy Valley midweek and the momentum from this rich vein of form is what Coetzee said would stand the apprentice in good stead when her claim is reduced.

“That’s what this game is all about: confidence. That’s the same in all sports really, but particularly in racing,” Coetzee said. 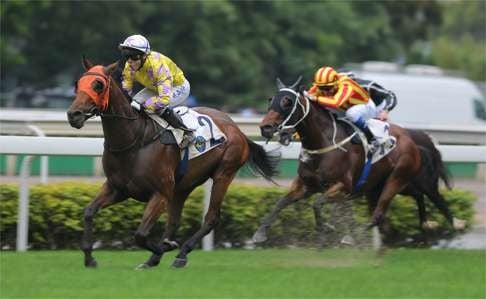 “I think she has surprised a few people with the way she has ridden and when the claim is reduced to seven pounds I think she will continue the way she is going now, she will keep improving and will keep riding winners.”

Coetzee, winner of a combined 652 races at Sha Tin and Happy Valley and rider of Hong Kong’s greatest ever horse Silent Witness, signed on with the Jockey Club Apprentice Jockeys School as a consultant earlier this season.

The role involves a series of week-long visits throughout the season to give one-on-one tutelage to Chiong, along with fellow apprentice riders Jack Wong Ho-nam and Alvin Ng Ka-chun.

Coetzee, like many others, has been astonished at the strength and balance Chiong has been able to display in driving finishes. 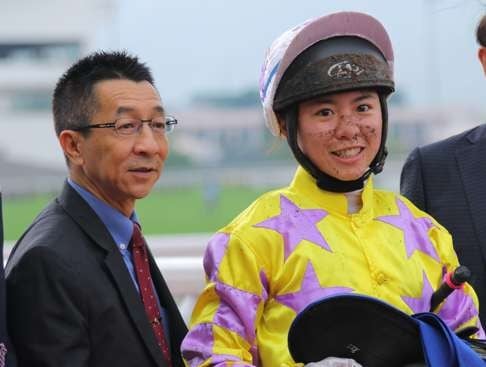 “Her fitness and strength is outstanding, she works very hard, her training is terrific,” he said. “She is very teachable, everything you ask of her she does.”

Even though Noble De Boy’s win wasn’t the prettiest of Chiong’s victories so far – missing the start and then skirting around the field on the soft track – Coetzee believes that, overall, Chiong is now showing some more poise to go with the power.

“Her tactical ability is improving. I think she is getting a real feel for races now,” he said. “She is starting to ride with some feeling in her races, she is using judgement, she isn’t panicking when things don’t go her way and I’m comfortable with the way she is going. “