John Moore’s reigning Horse of the Year and Bowman shake off the scare of a fall, rallying to take the Group One in the shadows of the post 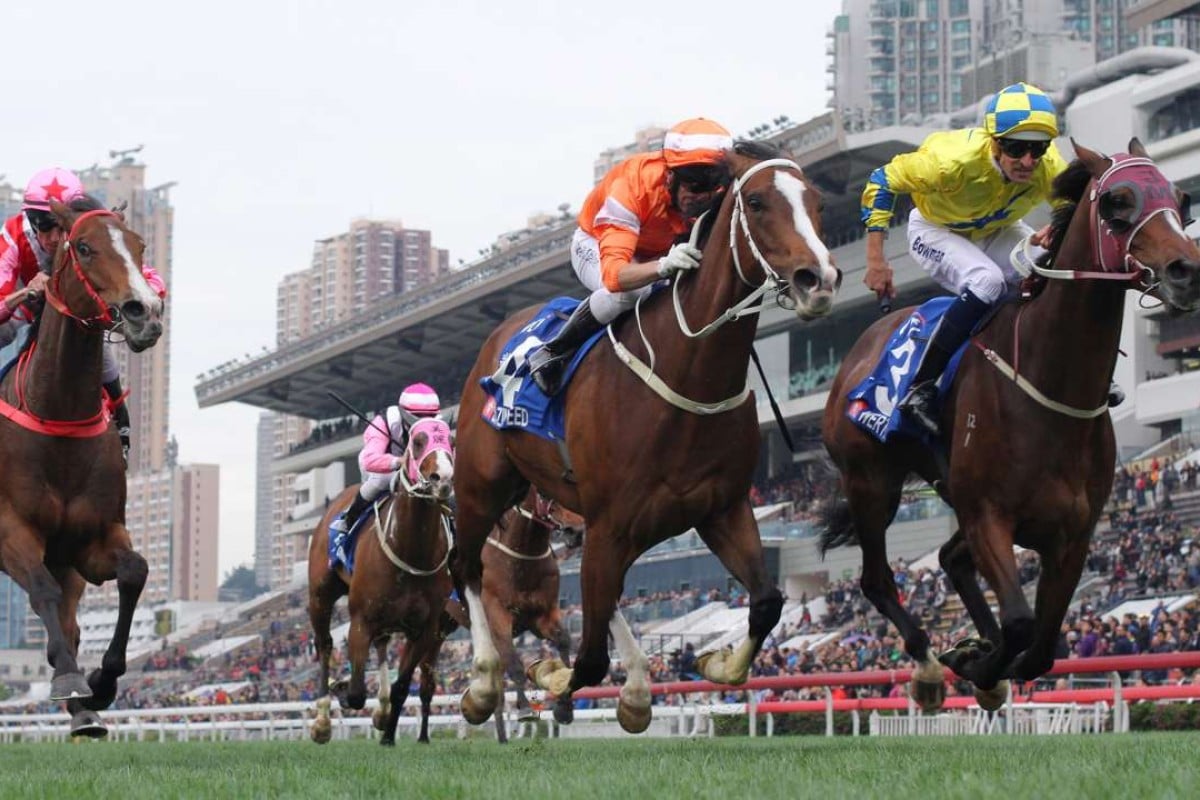 The riders in the grandstand had Hugh Bowman falling asleep and putting both their bets and his safety in danger when hot favourite Werther had to turn on the acrobatics to secure the Group One Citi Hong Kong Gold Cup and a book a trip to Dubai, but the champion jockey was shrugging that off.

Having his second start in nine months, after an early season setback, Werther looked to have a fairly prosaic assignment ahead against just six rivals but the cakewalk looked more like a sleepwalk at the 600m as Zac Purton (Beauty Only) and Tommy Berry (Designs On Rome) swooped around the field from behind Werther.

At the same moment, Blazing Speed (Neil Callan) had edged out from behind the leader, Basic Trilogy, and suddenly Bowman was on the heels in front, surrounded and checked, and what looked straightforward became a struggle that ended with a grasping, last-ditch and improbable victory.

“I was always confident I had the right horse but, when Neil Callan went in behind Basic Trilogy at the 1,400m mark, I raced without cover for most of the race. Just being second-up at 2,000m, I thought the others had an obvious fitness advantage,” Bowman said.

“So I was inclined to wait as long as I could before coming out. Then the pressure built, and built quickly when they came around and I found myself in a precarious position at the home turn. But good horses can overcome a bit of trouble. I rebalanced him, got his rhythm back and got him breathing again. And although I was only going to get there in the last stride, I felt that if I waited for the final stages to ask for his supreme effort then he was going to give it for me.”

And it was enough, denying Blazing Speed and booking himself for the US$6 million Dubai Turf at Meydan on March 25.

“We have received an invitation 10 hours ago, the owner had already given me a green light and he will go as a leading chance, knowing that there is probably a little more fitness improvement to come,” Moore said. “To pick himself up after what happened and hit the line strongly to win, Hughy came back and said he’s a special horse.

“Without that, he probably wins by a length or so and Hugh said he’ll do his best to ride him in Dubai. I don’t know – a big Group One day in Sydney and Australia’s premier jockey missing it? We’ll see, but I’ve got Tommy Berry as a very able reserve.” Bowman said he will be doing his best to keep the mount.

“I have to talk to some owners at home but I’m confident I can be there,” he said. “These opportunities don’t come along very often. He will be a legitimate chance, regardless of what’s in the field, as long as he travels well and settles in there.”

Callan said he “almost cried” when he saw Werther’s head get past the Tony Cruz-trained eight-year-old Blazing Speed in the final stride.

“He should have run second in the Hong Kong Cup behind Maurice, he kept getting his back end knocked off balance by another horse. When I came back in, I said to Tony, he’ll win the Gold Cup and he’s nearly done it,” Callan said. “Take nothing away from my horse. He always gives you everything he’s got, he’s eight now and still keeps turning up.”

Another ageing warrior, Designs On Rome didn’t close the race out after threatening with his standard looping run.

“Tommy said he was going to win at the top of the straight but the horse didn’t let down,” Moore said.

“I’d say, for a horse with his pins on this firm track, that’s your answer why he didn’t.”

John Moore
‘He’s not ready’: Aethero to miss Dubai, set for stint on the sidelines 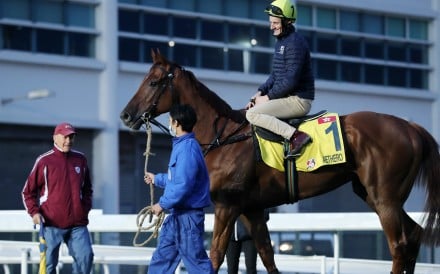 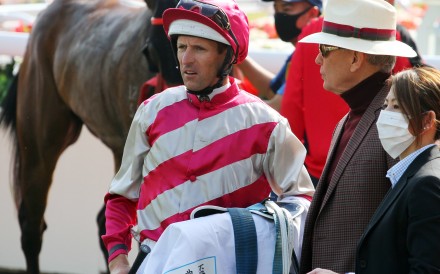 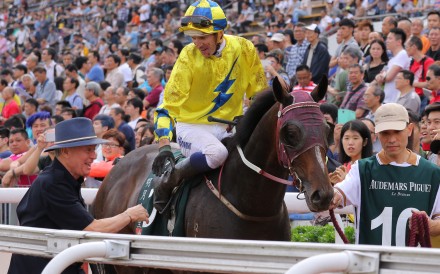 John Moore
Hugh Bowman teams up with John Moore for one last hurrah: ‘We’re going to win another Derby’