Neil Callan is building momentum after a slow start to the season and can hit the ground running at Happy Valley on Wednesday night and first starter Speedy King looks a stand-out.

A win on Sunday gave Callan three for the term, by no means a massive return for someone who finished third in the jockeys’ championship last season, but he is still ahead of some other big names.

Callan has chances in the opening three races with Ensuring, Double Point and The Jazz – with each horse coming off a last start placing – but debutant Speedy King should go close in the Class Four Our Pegasus Handicap (1,000m).

Ricky Yiu Poon-fai’s four-year-old has been to the trials three times, on the dirt, Valley turf and Sha Tin straight, in a steady preparation that started in June.

“I’ve loved what he has done in his trials, he looks pretty straightforward with a great temperament and he is doing everything right,” Callan said, with barrier three gifting the gelding a golden opportunity to gain an ideal run with the rail out in the C + 3 position.

“He also has natural gate speed. He will be where he will be in the run, but you would think with the way he has been able to muster speed in his trials that he can make the most of where he has drawn. When a horse is blessed with natural speed like that you don’t want to go trying to curtail it by taking a hold.” 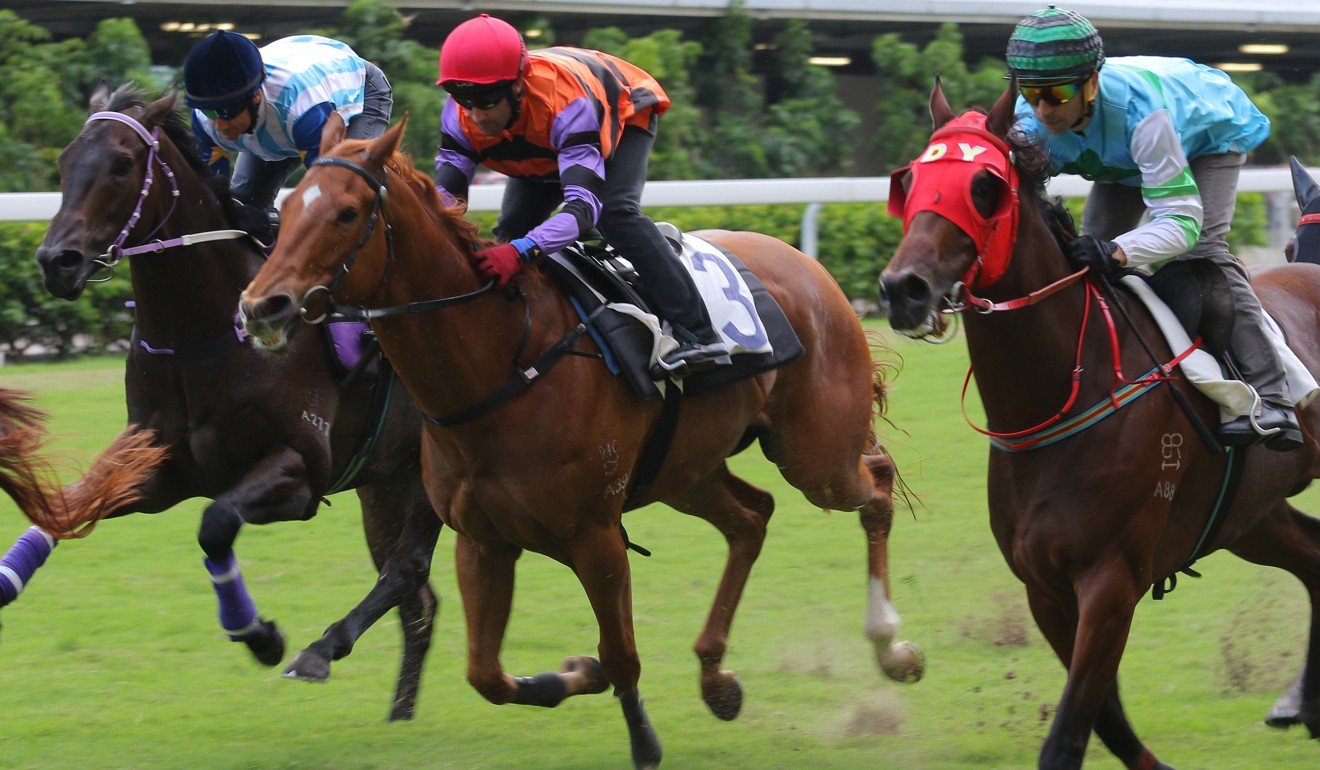 In Speedy King’s trial at the city track, Callan tried to educate the sprinter by taking a box seat position and then sprinting late.

Speedy King was second in the trial to subsequent winner Generous Heart but it was his next hit-out at Sha Tin, when a neck away from handy looking type Gouten Of Garo, that impressed Callan even more.

“He just pinged the gates, I was right there and he did it well,” Callan said.

Ensuring was placed at Group Three level less than two years ago, but the six-year-old’s rating has dropped 23 points since hitting a high of 98 after that run.

Stable transfers from John Size aren’t known for having much to give but Ensuring showed some great signs first-up when third behind Gorgeous King over 1,800m last time out, with runner-up Ho Ho Feel giving the form a boost with a win two weeks ago.

“He really ran well at his first run and he will improve of that,” Callan said. “I’m not sure why he has dropped so far in the ratings, but he certainly seems to have found a mark that he is competitive off and he should appreciate the step up in trip.” “Double Point has a tricky draw, but he hit the line well last start. He is quite a lazy horse so you have to make his mind up for him,” he said.

“The Jazz wasn’t really helping me hold his position in the run last start, and he doesn’t seem to respond right away when you ask him to sprint – hopefully the step up in trip means he can take his time to wind up. He can hold his own in Class Four I think.”