The three-year-old saluted at his local debut and ran well against unbeaten four-year-old Conte last time out, now the youngster is set to continue his progression at Sha Tin 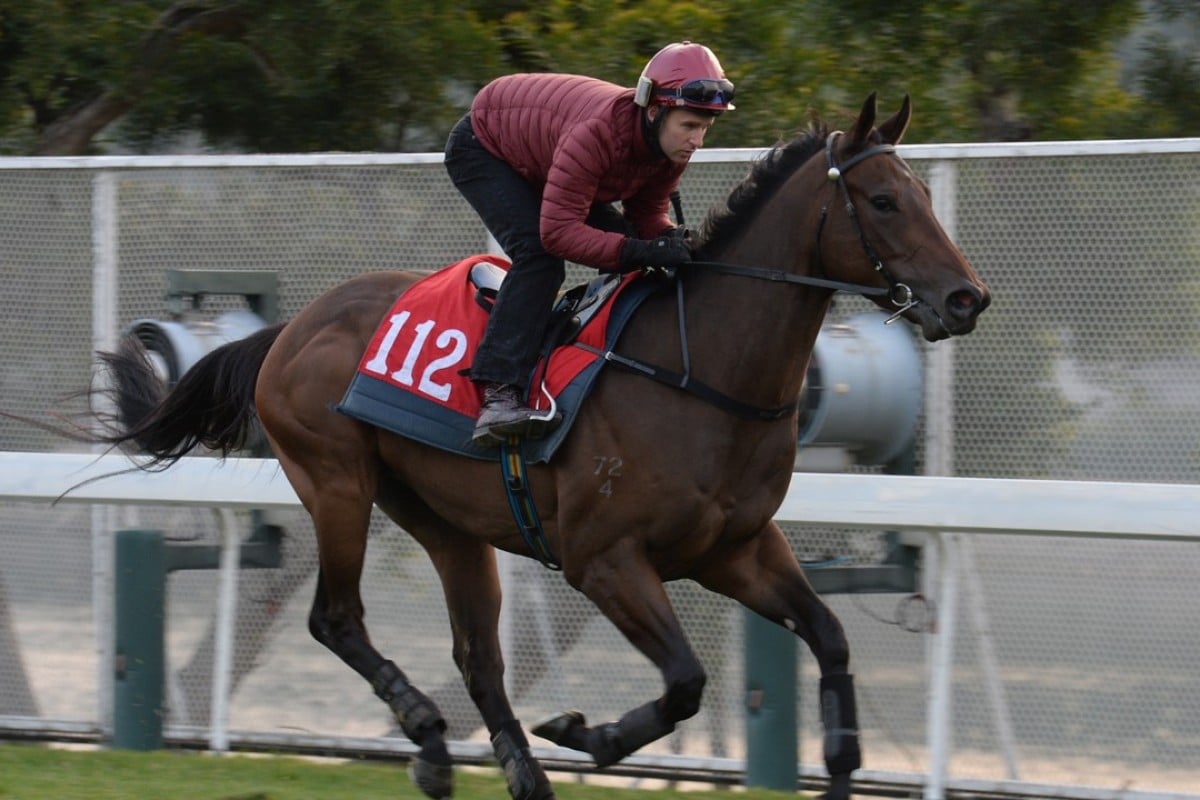 Easy Go Easy Win bumped into one of Hong Kong’s rising stars last start and now the three-year-old gets the chance to continue what John Moore believes will be a path to feature race success in a Class Two on Sunday.

Facing off against the John Size-trained Conte, Easy Go Easy Win gave a good account of himself against the older horse, running his unbeaten rival to half a length at the end of a mile.

“As far as I am concerned there is a lot of upside there and he is on his way to being a very smart horse,” Moore said after watching the youngster gallop with stablemate and Group One contender Eagle Way on Thursday morning.

“I’m delighted with his progress so far and excited about his future. You have to remember he is a three-year-old going against older horses and younger horses don’t get weight concessions at the handicaps here, so it is pretty impressive what he has done so far.”

Berry rode Easy Go Easy Win with a view to upsetting Conte last start, starting his run early when the favourite was stuck in a pocket, a tactic which probably would have worked had the favourite not gained an inside run.

“It was worth a try,” Moore said. “And he was getting closer to Conte at the end and really finding the line.”

Eight pounds separates all six runners in what shapes as a tricky race tactically, with the horse who finished third behind Easy Go Easy Win, Lockheed (Brett Prebble) also coming into form.

It appeared Danny Shum Chap-shing had abandoned a BMW Hong Kong Derby push with Lockheed but another big run by the grey might make him reconsider his options less than a month out from the race.

After resuming over an unsuitably short 1,200m in December, Lady First was desperately unlucky when seventh over 1,400m in early December.

In two runs at a mile since, Lady First has run well, particularly last time out when dead-heating for second behind Unicron Jewellery. 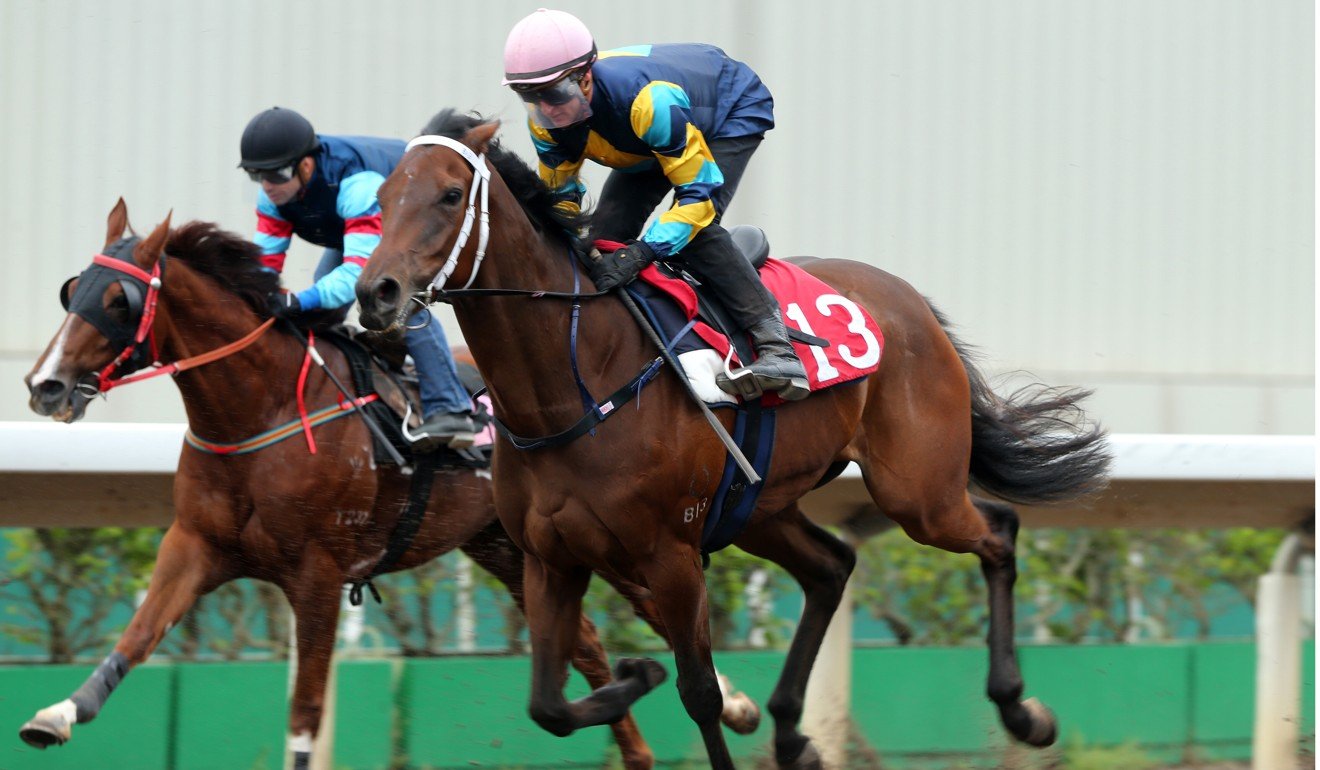 Last start, Lady First travelled quite strongly when the pace slackened around the turn but hopefully the gelding has taken some benefit from the experience and a subsequent barrier trial.

Last week’s trial was at the direction of stewards after blood was detected in Lady First’s left nostril after the horse’s most recent run.

Freedman was later fined for not reporting the presence of blood initially but Jockey Club vets later gave evidence that suggested the blood was not the result of a severe internal bleed.

After a rough spell, Zac Purton is pleased to provide Lean Perfection’s owner with a winning photo

The impressive trial also suggested as much, Lady First sitting wide throughout in a 1,200m dirt hit out and working to the line in a relaxed manner.

Purton could be in for a big day, not only with Lady First and top chances in the two Group Ones aboard Time Warp and Beauty Generation, but also with unbeaten sprinter Lean Perfection.

Dennis Yip Chor-hong’s three-year-old overcame a wide draw to win impressively last start but will have to do the same after drawing gate 10 in the Class Three Citi Ultima Card Handicap (1,200m).