Nothingilikemore, Singapore Sling and Exultant are the stand-outs for the HK$18 million feature but the untapped gelding adds a new element after three straight wins 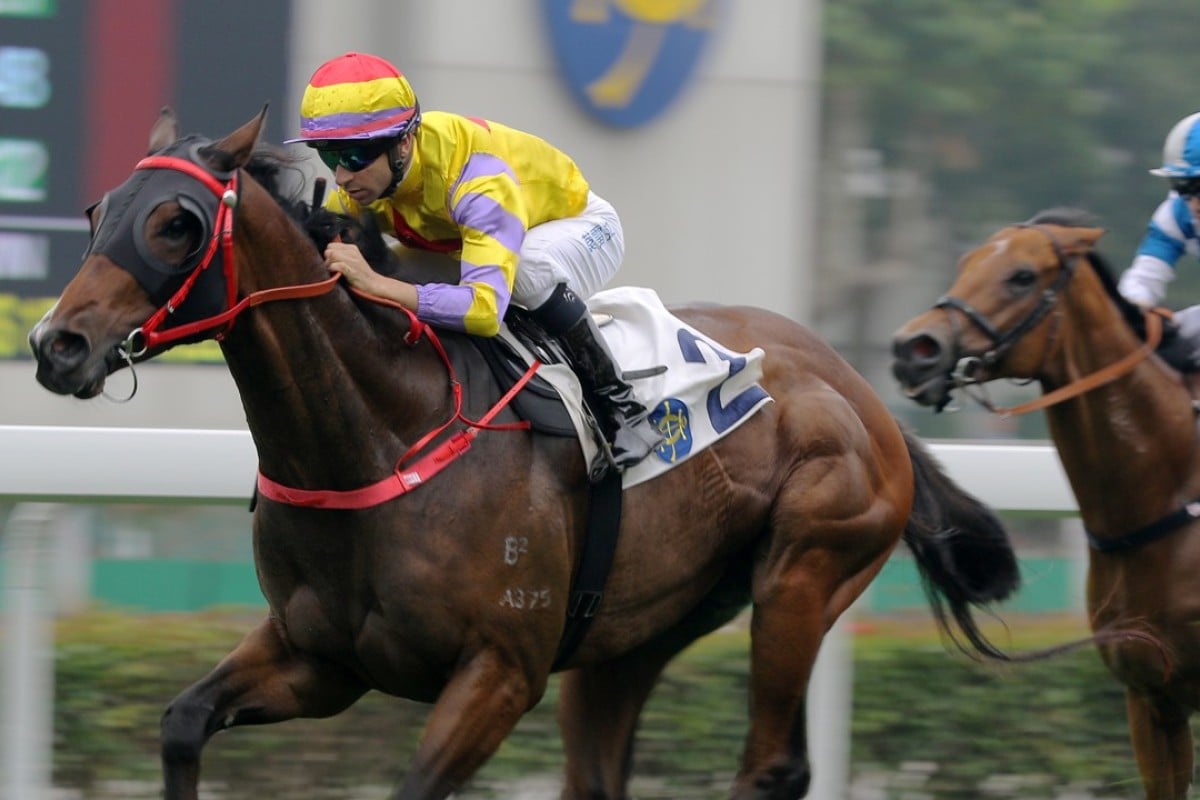 Calling the 2018 BMW Hong Kong Derby weak or saying it lacked depth had become routine in recent weeks but the X-factor of the John Size-trained talent Ping Hai Star has put a different spin on things.

Ping Hai Star was the only “surprise” name when the 14-horse field for the HK$18 million classic was announced on Wednesday and adds some spice to Hong Kong’s most sought-after race.

The Size-trained Nothingilikemore, Hong Kong Classic Cup winner Singapore Sling and improving stayer Exultant had formed a clear top three in many experts’ minds, but the addition of the 103-rated Ping Hai Star gives the race five horses rated in triple figures for the first time since 2012.

“It is a strong race, the fact there are five horses rated over 100 tells you that,” Size said. “A few weeks ago it did look a bit weak but since then, as usual, a new horse or horses emerge late. It always happens; a horse that turns up on the scene.”

It just so happens this year that the emerging talent is under Size’s care.

Ping Hai Star started his winning sequence on January 7 and has jumped 26 ratings points since, showing a blistering turn of foot but also plenty of quirks.

Despite the obvious talent, those quirks had Size expressing concerns about Ping Hai Star’s experience stepping up to 2,000m with all three of his wins coming over 1,400m, but a professional display last time out was enough to change the trainer’s mind.

“He has always been under consideration for the race, and I left him in just in case he came along and did something like that,” Size said. “He deserves to be in there, he is rated 103 and last time out he did everything perfectly.”

Size did not confirm who will ride Ping Hai Star but indicated a leading international jockey could be flown in to take the prized mount.

Star English hoop Ryan Moore would seem an obvious candidate given his previous success with Size and experience riding at Sha Tin.

Size is hoping 112-rated Nothinglikemore’s class edge is enough to carry him to Derby glory and said the horse had pulled up “healthy and strong” after his shock last-start defeat in the Classic Cup.

“He has never had any issues with his health or his soundness,” Size said.

“That wasn’t a particularly tough run for him because he was further back in the field, a position he isn’t usually in. It was also a position where he was disadvantaged and since then, as he always done after a race, he has done well and is in good shape.

“The distance is a query for him and a few others, but he has a rating that suggests we should try and hope his class comes to the fore.”