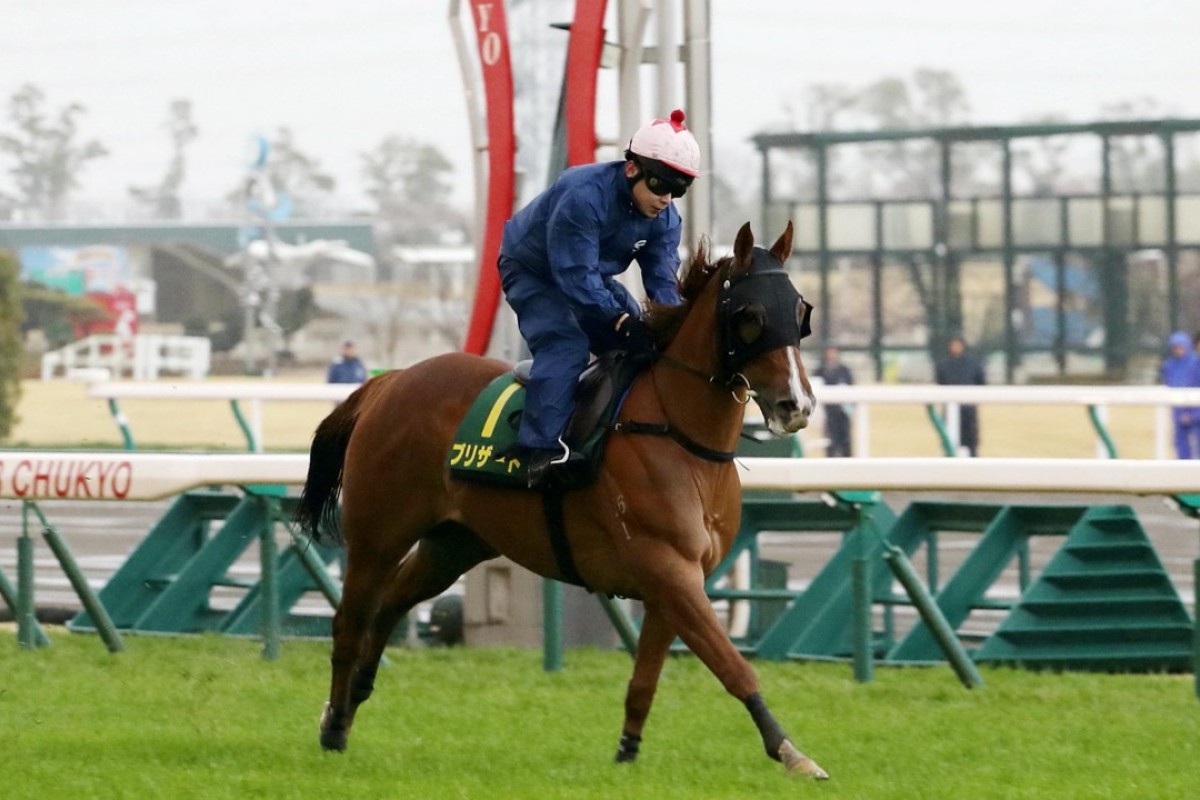 Blizzard struggles during a gallop at Chukyo Racecourse on Thursday. Photos: Kenneth Chan

Trainer Ricky Yiu Poon-fai likened Blizzard to an “old man driver” after the tough sprinter decided he didn’t like the look or feel of a rain sodden Chukyo course proper and produced an unconvincing gallop three days out from the Takamatsunomiya Kinen.

Blizzard’s arrival in Japan 10 days earlier coincided with an unseasonable cold snap, temperatures plunging to single figures in Nagoya on Wednesday and 67 millimetres of rain falling in the last three days, nearly half of it on Wednesday.

The inclement weather might make Yiu’s raider a topical tip when he lines up as the only foreign entry in Sunday’s Ұ238,600,000 feature but the veteran sprinter sure wasn’t appreciating the wet, shifting surface on Thursday morning.

“There’s a funny saying in Chinese that means ‘old man driver’ and that’s what he was like on that track, he had a good look at it and was driving very slowly and carefully,” Yiu said. “But he has been around long enough to know that it wasn’t a race and he was just taking care of himself.”

From the moment Blizzard took a tentative step onto the turf he seemed uncomfortable and that was confirmed when the sprinter failed to let to let down and pulled up quickly after the post.

Be interesting to get trainer Ricky Yiu’s take on Blizzard’s work .... travelled well down the back, but hit the rise at top of straight and seemed to labour a bit, pulled up very quickly after post. #TakamatsunomiyaKinen #ブリザード#高松宮記念#競馬 pic.twitter.com/tHQayNf6cD

“Of course I would have liked to see more from him, but it was fine. He wasn’t out there to run time, he is already a fit horse, he just didn’t like the ground much,” Yiu said.

By mid-morning temperatures were rising and blue sky was beginning to appear above the central industrial city.

The drying conditions should result in better track conditions on Sunday, when a maximum of 19 degrees Celsius is predicted.

“That’s a relief – because I think he has travelled well, and the ground would be the only concern really,” Yiu said. 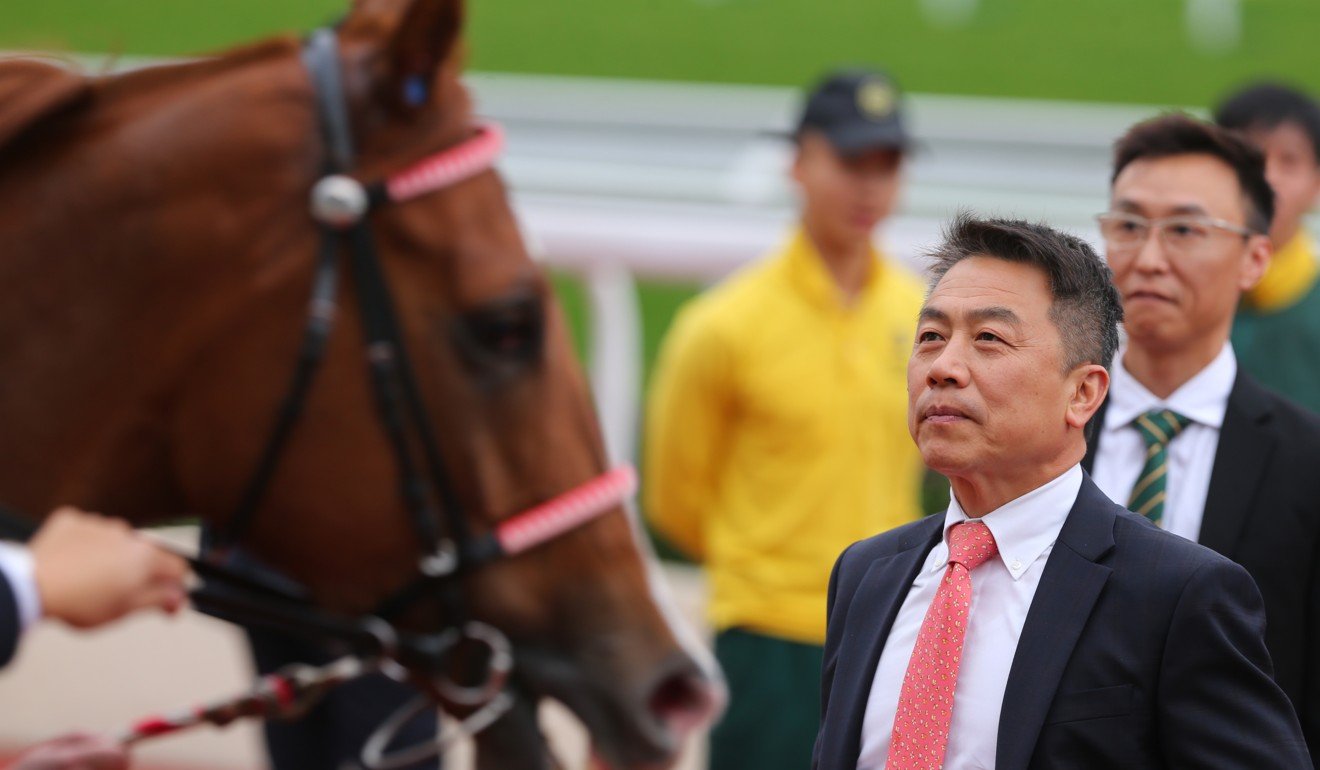 It will also be Blizzard’s first time racing anticlockwise but Yiu said turning left-handed wasn’t a factor in the relatively tiptoe nature of the gallop.

“And I’m confident he will handle the turn on race day as well, he did his early work, education and pretraining in Melbourne and had lots of experience there going left-handed, so I’m not worried about that at all,” Yiu said.

This is Blizzard’s second trip to Japan this season following a fifth in the Sprinters Stakes in October.

Yiu said his horse has travelled better this time and the six-year-old’s body weight backs that up. Track rider Stanley Wong Ho-Yin said Blizzard had weighed in at 1,125 pounds since his arrival, up 14 pounds on his race weight from the Sprinters Stakes and close to the gelding’s regular weight at home in Hong Kong.

A large Japanese media contingent grilled Yiu after the workout, although the questions mainly concerned whether Blizzard could somehow be a better horse than he was six months ago.

“I think the experience of travelling has made him improve, but the two main differences will be that he has blinkers on this time and we have a change of jockey,” Yiu said.

Karis Teetan replaces Gerald Mosse and Yiu hopes the Mauritian’s natural tendency to be more positive at the start and in the run will be an advantage.

“That’s what we are looking for, last time in the Sprinters Stakes he was slow away and we really needed to take advantage of the barrier,” he said.