Litterateur chasing a hat-trick of victories at Happy Valley Litterateur has gone from a hard-to-hold head case to a four-time winner in Hong Kong and jockey Neil Callan is hopeful Richard Gibson’s miler can make it three triumphs for the term in the Class Two Pottinger Peak Handicap (1,650m).

A tendency to over-race has made Litterateur a handful for riders, with the gelding taking hold at the slightest bump or urge and refusing to settle behind a slowing tempo.

Callan, who replaces the suspended Nash Rawiller, still thinks the gelding needs suitable circumstances, that is a strong or at least consistent race speed, to show his best but is adamant the six-year-old has improved his racing manners.

“It has been a bit of both, he has had some things turn out for him in his races but he is definitely better,” Callan said. “He is racing a lot more tractably.”

Litterateur and @nashhot send the #HappyWednesdayHK crowd off with a 2.25L score in the last of the night. Up next in #HKracing, it's @BMW #HKDerby on Sunday at Sha Tin. Join us! pic.twitter.com/7JV2z13i5s

Two wins late last season put Litterateur on the brink of Class Two and two more wins, one in Class Three and another in an extended band Class Three, have him on a rating of 91.

Strangely, Litterateur has been left as the highest-rated of the 10 runners and thus carries top weight, but Callan believes the compressed weights are a positive.

“There is only 10 pounds between the top and bottom horse, so that gives me more hope,” he said. “Usually it would be a concern making the jump from Class Three to Class Two but this is a special kind of Class Two. It might only be a 10-horse field but I think there are a lot of connections that will fancy their chances, it is a competitive race.”

“I think he is the one to beat,” Callan said. “Things didn’t go to plan for him early on but he is coming to hand and he rattled home for third last time when he didn’t have the race run to suit. He is definitely the main danger with the light weight.”

Callan backs up from his Group Two triumph aboard Beauty Only with a strong book of six rides including Benno Yung Tin-pang’s Jolly Convergence in the Class Three Siu Ma Shan Handicap (1,200m). 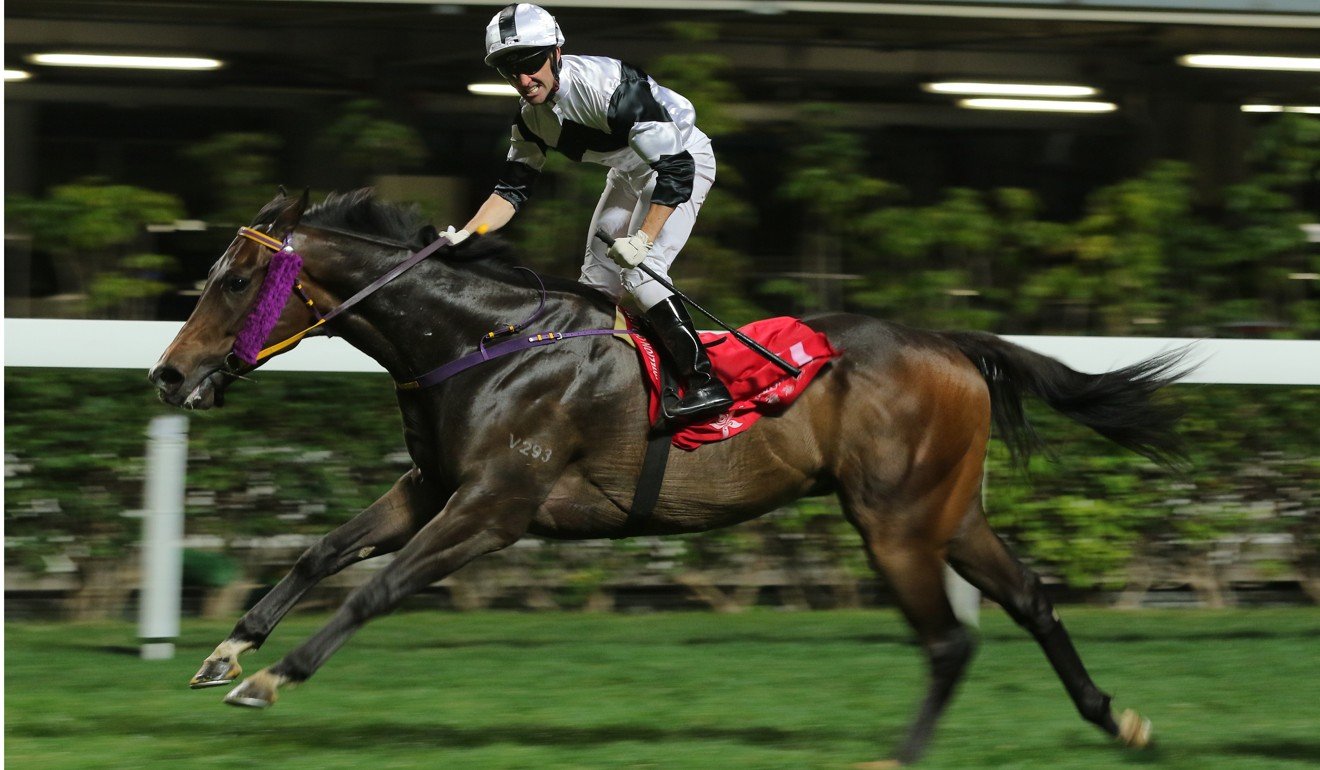 Jolly Convergence won well from a good draw two starts back over the course and distance before what Callan called a “solid effort” over 1,400m at Sha Tin.

“Now he comes back with another good draw at the Valley, and I think the track suits him more than Sha Tin, it just has that little bit more give in the ground,” he said.

Callan will have to be at his best on Gouten Of Garo and Happy Spirit, who have both drawn wide.

“We rode Gouten Of Garo the wrong way last time, we had him in a perfect place close to the speed but the horse doesn’t have the experience yet and doesn’t know how to relax and drop his head, he will finish off better if we ride him quieter,” he said. “Happy Spirit has drawn badly again but he was able to lead and win previously, so maybe we have some options on him. His last run was good, but we just have to hope that wasn’t a fluke.”