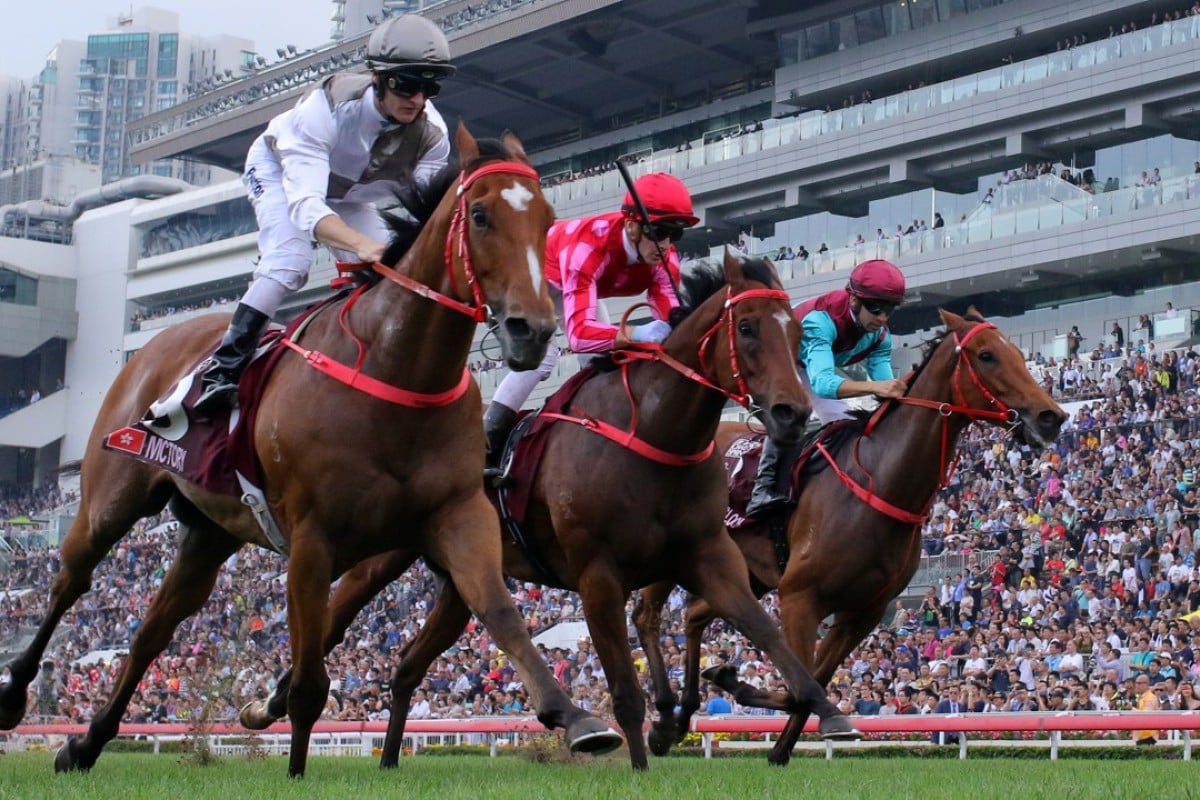 Ivictory holds off Mr Stunning and Beat The Clock in the Group One sprint. Photos: Kenneth Chan

Ivictory threatened to run out of rating for most of the last 200m of the Chairman’s Sprint Prize after being tossed in at the deep end by John Size, but he swam instead of sinking to give the yard a clean sweep of the season’s short Group Ones and a new season’s prize money record.

Size has dominated the sprint stakes races this season so comprehensively that only the first of them, the Group Three National Day Cup, eluded him; he has had the quinella in most of them and his stable tierce of Ivictory (Zac Purton), Mr Stunning (Sam Clipperton) and Beat the Clock (Joao Moreira) on Sunday mirrored the result in the Centenary Sprint Cup won by D B Pin in January.

Yet Ivictory’s success with a whopping 22 points of domestic handicap rating in favour of his Hong Kong Sprint-winning stablemate Mr Stunning, flew in the face of so much of the basic handicapping theory that Size often rolls out to explain big race results.

The trainer has always been a big believer that a horse without the ratings on his side in set-weight races has a mountain to climb.

“That’s true but this was a unique set of circumstances with Ivictory,” he said. “His win rate was so good and they have been emphatic victories the last couple, including a track record time. So I thought we could try the Group One, even if it might be one run too early for him.

“The race was there, the horse was flying and the market said he could do it. For some other horse, it might not have fit, but for this one, today, it did.”

Purton echoed Size’s thoughts, that Ivictory had looked the goods but said he had now come through the acid test.

Ivictory already a fan favourite ... home made memorabilia on show at Sha Tin, won’t be long before we have some official merchandise i’m sure #HKracing pic.twitter.com/vsEcPpoGw4

“You never know they’ll step up to this grade until you put them out there,” he said. “But the race set up for him to produce his best and he has.”

Clipperton said he felt Mr Stunning had been struggling at the 300m but was back in it in the latter stages.

“He didn’t ping and I thought he was struggling early in the straight but he kept trying and by the time we got to the last 50m, I thought he was a chance of picking up the leader,” he said. “He didn’t quite do it but he really gave his all.”

Moreira said he felt Beat The Clock found the track bias against him but was game in defeat, while Size was thinking to give all three of them a break.

“I don’t like to make decisions straight after a race, but I’m thinking they’ll all stop work now,” he said. “There isn’t a lot left for them.” 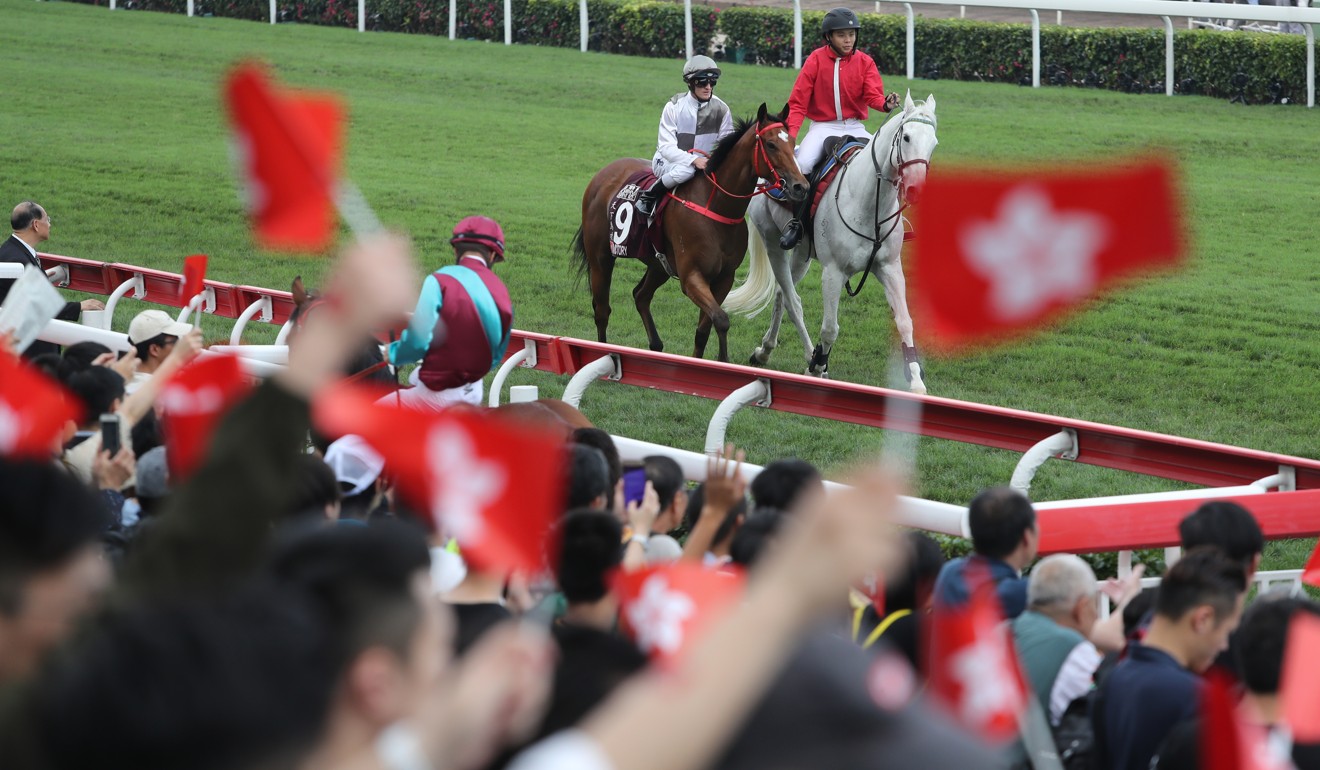 The two Godolphin visitors, the Charlie Appleby-trained Blue Point and Japan-based Fine Needle, had mixed results, with the latter finishing fourth and connections were “thrilled with that”.

“The Hong Kong sprinters are very good and it’s not the strongest division in Japan so it’s a great effort.”

Appleby described the trip as a learning curve after Blue Point (William Buick) matched Peniaphobia in front to the home bend then dropped out.

“If you don’t come and try, you never learn what to expect in the future,” he said. “There was an on-speed bias today so it was always the plan for Tommy to go, but he ran out of puff.”

Peniaphobia held on to sixth but Tony Cruz said the horse’s breathing problems had been worsening and the former Hong Kong Sprint winner may be retired.