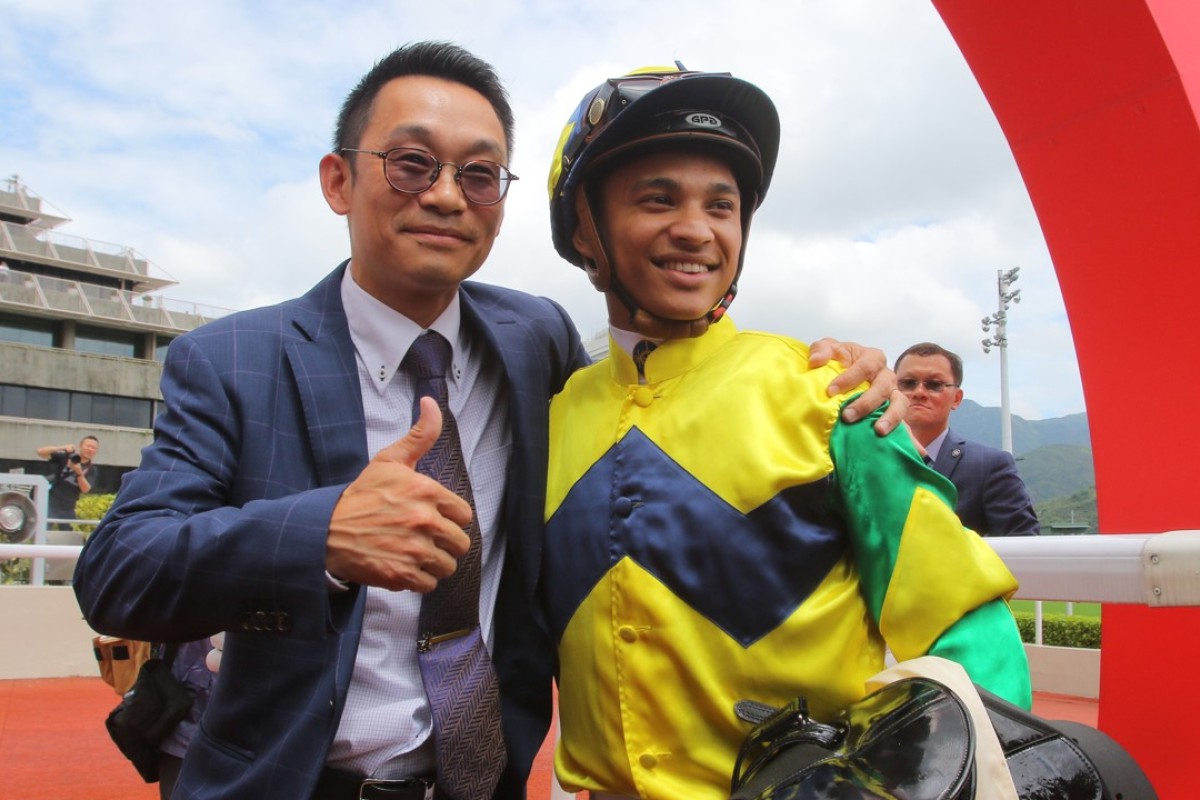 Trainer Jimmy Ting Koon-ho and jockey Grant van Niekerk entered rarefied air on the opening day of the 2018-19 season at Sha Tin on Sunday, combining for the first winner of their Hong Kong careers in the very first race of the term.

In what is believed to be a first, the pair of debutants teamed up to salute with Triumphant Jewel in their maiden Hong Kong start, and in the season’s opening event no less.

Frankie Lor Fu-chuen won his first race as a trainer 12 months ago and Karis Teetan was the most recent jockey to ride a winner in his opening Hong Kong ride – which also happened to be in the season opener – but the 45-year-old trainer and young South African jockey took it up a level.

Ting was sending out his first runner after a lengthy apprenticeship under the likes of Danny Shum Chap-shing and Francis Lui Kin-wai, while 27-year-old Van Niekerk was riding in his debut race after moving over from South Africa.

A former jockey himself, Ting rode for legendary trainer Brian Kan Ping-chee and was rapt to have his mentor cheering him on.

“I’m very happy that he’s come and that for the first winner we were together to take a photo,” Ting said.

Kan was beaming after the race, saying he was proud of Ting’s superb transition to the role of head trainer.

Ting had only moderate hopes for Triumphant Jewel coming into the 1,000m Class Four but knew early in proceedings that the eight-year-old gelding was in with a sniff. “This horse, three weeks ago I didn’t think I would run him. But he trialled well so that’s why I gave him a run. I’m very happy that he won for me.

“In a few weeks he will run again. I hope [he can win again] but Class Three will be difficult.”

Triumphant Jewel settled towards the rear of the field before charging up the middle of the track and picking off Victory Power in the final furlong.

Ting’s day got even better in race four when he made it two winners from two starts with Richcity Fortune’s victory in a Class Five over 1,200m.

After the race, Ting, who was on the back foot coming into the season after only receiving his training licence in June, praised the work of his staff.

“It was a little bit tight but it’s OK,” Ting said of his short preparation, admitting his opening-day haul exceeded his expectations. “Everything is stable and my staff make a good team, but I didn’t think we would have won two already.”

Grant Van Niekerk brings the Tony Millard-trained World Record from last to first to make it a double on his first day of riding in Hong Kong #HKRacing pic.twitter.com/1DT1PHZFLW

Van Niekerk also landed a double on the afternoon, bookending the meet by booting World Record to victory in the last race.

Sent out at $17, World Record pipped favourite Rattan on the line to cap an ideal opening day for the South African.

“I was hoping for a good start and I’m just very pleased. It was really good both of us having our first winners, it was really special,” Van Niekerk said.

“It definitely gives you confidence, it just feels like this big weight off my shoulders. I can relax a little bit, obviously still work as hard as I am working but just relax a little bit because sometimes us jockeys do put a lot of pressure on ourselves.” 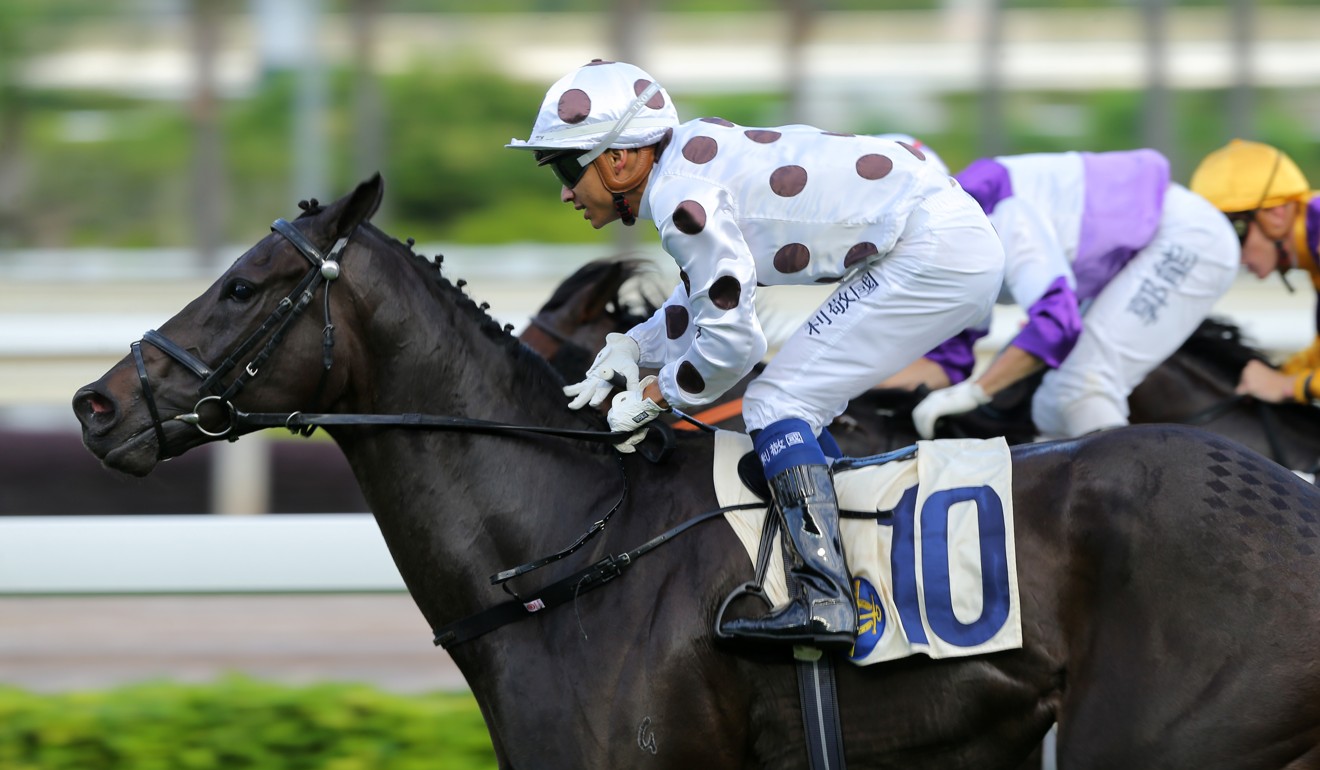 Van Niekerk is confident both Triumphant Jewel and World Record can win again soon but was left ruing what could have been after his mount in race six, Strathspey, missed the start badly before finishing sixth.

“I thought he was my best ride today but he really wasn’t happy inside the pens,” he said. “When the pens opened they took off the hood a little bit too soon and then he sort of jumped forward and lost about five to six lengths, so that blew his chances completely.”

Tony Millard trains both Strathspey and World Record and said he was impressed by the way Van Niekerk bounced back to deliver in the last: “This guy is cool, don’t worry about that.”