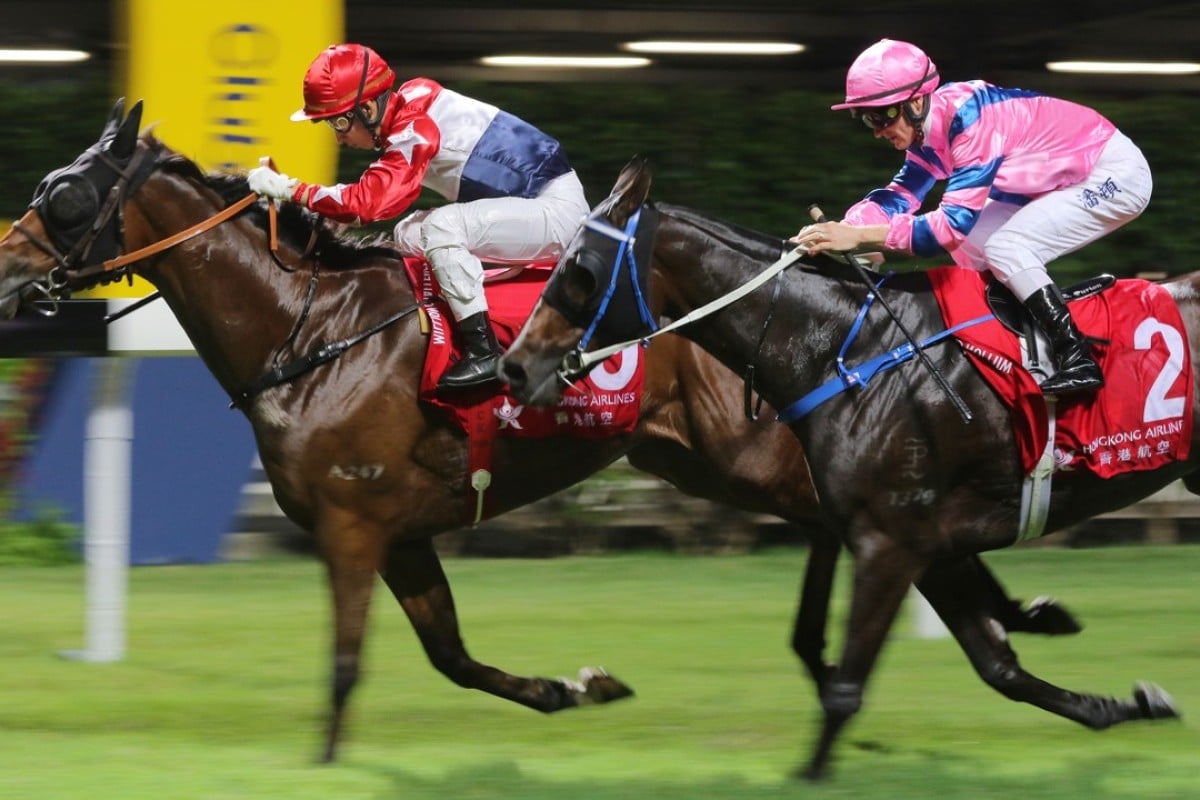 We address your thoughts, questions and statements from the previous meeting. Have something to say? Send a tweet to @SCMPRacingPost

It is fair to say connections were not thrilled with the effort Friends Of Ka Ying put into the Class Three Oi Man Handicap (1,650m) at Happy Valley on Wednesday night.

The Caspar Fownes-trained seven-year-old enjoyed a nice run in transit after Zac Purton settled him third, one-off the rail after jumping from the outside barrier, but he did not put in when required.

Friends Of Ka Ying had been following the eventual winner Faithful Trinity and loomed up to challenge at the top of the straight but “did not want to stick his neck out”.

That horse is officially barred by me

It was the second time in the space of four days the gelding was narrowly beaten, those involved not convinced the horse had the necessary desire to win.

It has been a bit of a fall from grace for Friends Of Ka Ying, who won the Group One J.J. Atkins at Eagle Farm when he raced in Australia as Almalad.

Only four meetings into the Hong Kong season and Friends Of Ka Ying already has two narrow seconds to his name this term. This time, it was Faithful Trinity and @mattLchadwixk who prevailed, giving the rider a double from three races at Happy Valley #HKRacing #HappyWednesdayHK pic.twitter.com/nWsqWCp98j

One interesting fact came through on Twitter after the race, with @jdkayll revealing “Friends Of Ka Ying is the only active horse to have raced in a Winx-less Cox Plate”. He ran in the race as a three-year-old in 2014, finishing well down the track behind Adelaide.

So clearly ability is not the issue for Friends Of Ka Ying, but attitude is and the champion jockey doesn’t want to waste his time with him any more.

The rookie is off to a flying start this season and while he probably won’t displace John Size as the best trainer in town, he couldn’t have done much more in the first four meetings.

Ting has done a great job with four winners, a second and a third from nine runners to sit second in the trainers’ championship behind the guru Tony Cruz.

He is certainly building a reputation as the first race specialist, winning three of the four openers so far, but the 45-year-old is keeping it in perspective.

“My horses are all Class Five horses – that’s why I’m having success in race one,” Ting said with a smile on Wednesday night.

But his early success will pay dividends with owners, who are always looking for an edge and Ting will be the recipient of more horses (he currently has 43 in work) if he can keep this up.

There is a clear map to follow – the one set by Frankie Lor Fu-chuen last season.

Holy Unicorn breaks through at his 28th start and he does so in style, winning impressively under @mattLchadwixk to give Jimmy Ting his fourth win of the term #HKRacing pic.twitter.com/gvwxcw1rxy

Lor started with a host of rejects and became known as the “King of Class Five” but as the success came, so did the better types and now he has stable transfers Mr Stunning and Ruthven, while also developing his own nice ones in Glorious Forever and Simply Brilliant.

It would be a stretch to say Ting could finish second in the championship the way Lor, who set a first-season record with 65 winners, did but he is on the right path.

A good start is being recognised as the “King of Class Five”.