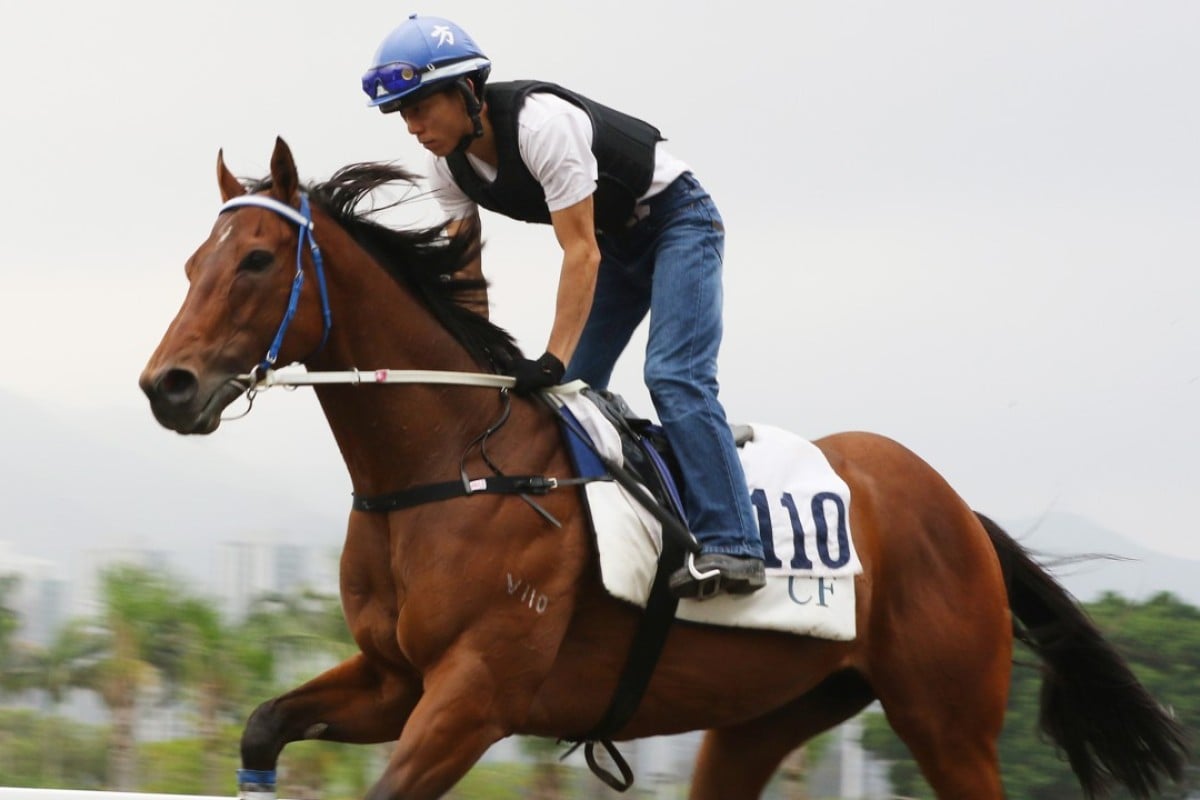 A change in riding tactics combined with an apprentice jockey may hold the key to unlocking the potential of Caspar Fownes’ once highly touted Joyful Trinity.

The French import, who is a two-time Group Three winner along with multiple Group One place-getter, has struggled to continue his promising racing career in Hong Kong.

After winning two of his first five starts, the now six-year-old has managed to win just one out of his past 21 attempts.

However, Fownes is hopeful that could be about to change when he lines up in Sunday’s Class Two Grand Seiko Excellent Handicap (1,400m). 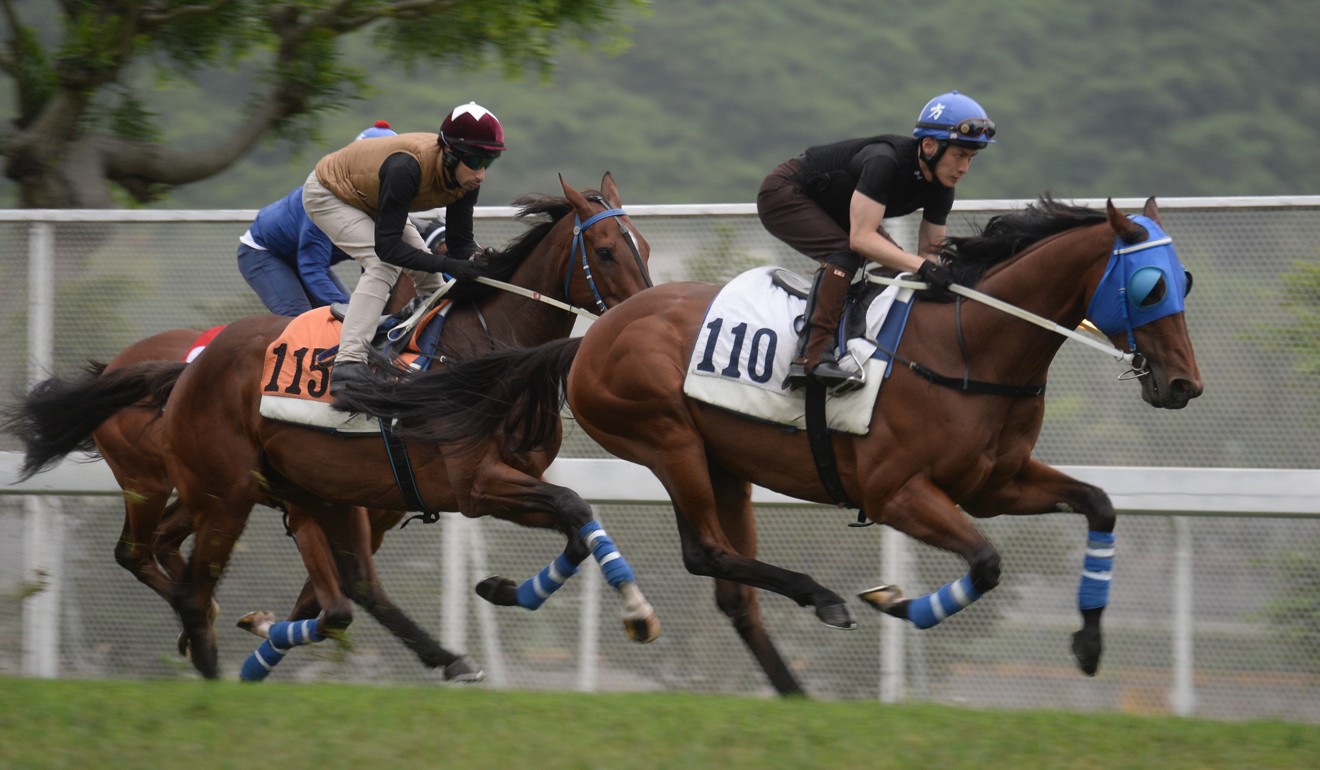 After running an eye-catching fourth behind the likes of Regency Bo Bo and subsequent winner Morethanlucky while carrying the top weight and being forced to go back to last from barrier 14, Fownes said he expects jockey Victor Wong Chun to settle midfield this time around.

Wong, who outrode his 10-pound apprentice claim on Thursday night at Happy Valley after winning on Sichuan Boss, will ride the horse for the first time.

“I think the key with him with the kid [Wong] on … is to sit midfield and the rest will take care of itself – he will be hard to beat I would think,” he said. “If he sits midfield then he will make his own luck and run well.”

After arriving in Fownes’ stable in the middle of last season, Joyful Trinity was struck down by a number of health issues which resulted in a change of tact for his new trainer. While still carrying some problems, Fownes said he is happy with where the horse is at.

“Before I got him, he had a big splint which was giving him problems,” he said. “When he came across I X-rayed his joints and he’s got a couple of floating chips.

“But he seems comfortable now, he looks really well and he’s had a great prep for the race coming off a good first-up run, so I would be expecting something good.” 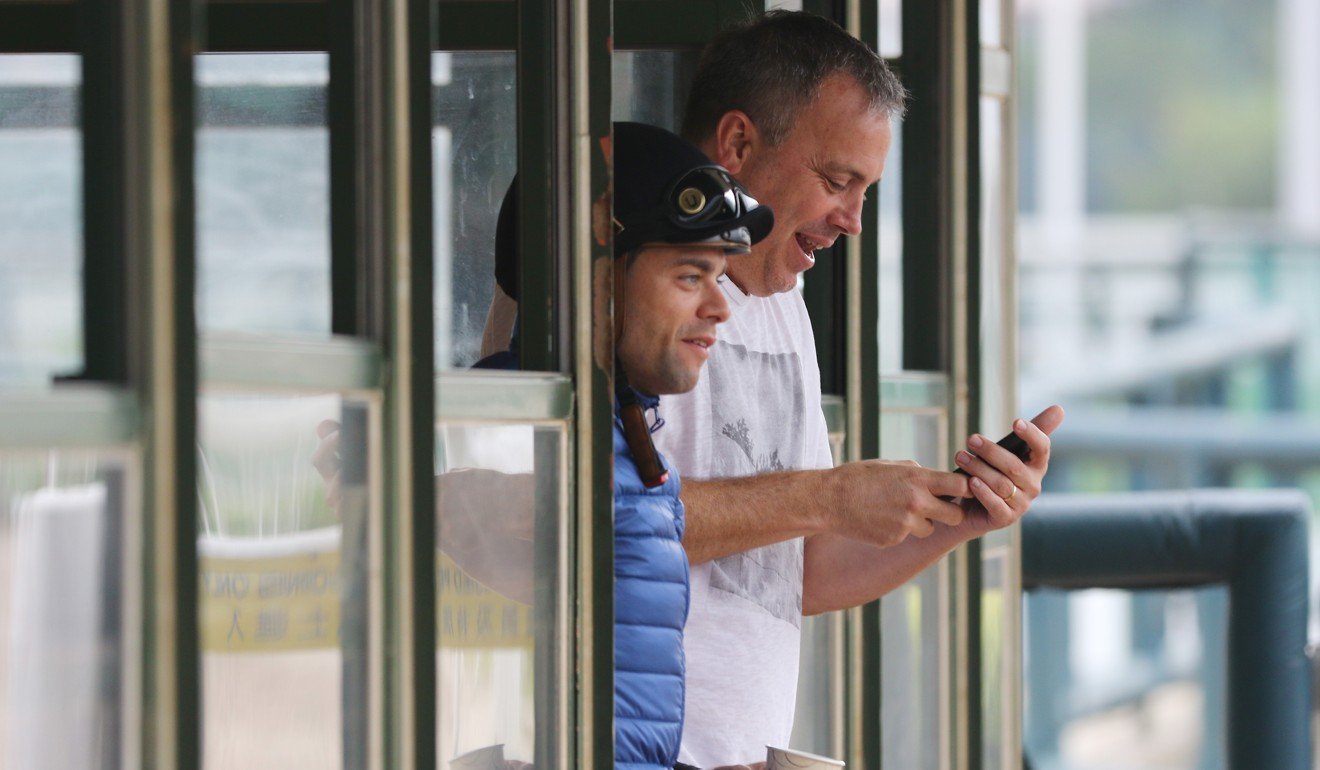 In what is set to be a tough race for punters to work out, Joyful Trinity will again meet Regency Bo Bo as well as the Frankie Lor Fu-chuen-trained Simply Brilliant, who has won three of his past four starts.

While giving Regency Bo Bo a 19-pound advantage when they first met, the difference will be just six pounds this time around after Wong’s seven-pound claim, giving Joyful Trinity a strong case for redemption.

Joyful Trinity off to Singapore for the Kranji Mile? Caspar Fownes says wait and see

Lor will also have a strong hand in the Class Two IWC Excellent Handicap (1,800m), where he will bring Ruthven and Glorious Forever back to the races for the first time this season.

The son of Domesday’s ability was clear to see when he ran fourth in the Derby behind Ping Hai Star. 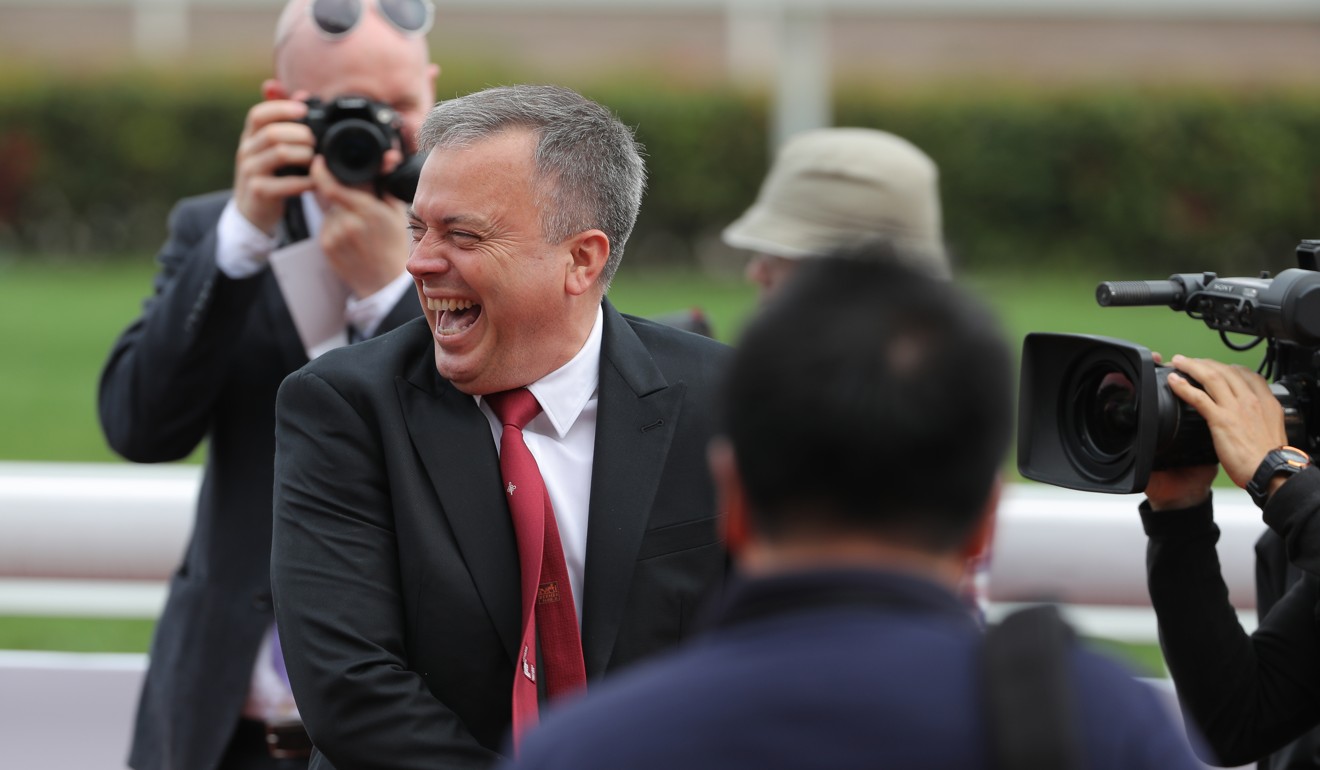 Glorious Forever – a full brother to Time Warp – is on a path towards the Hong Kong Cup (2,000m) during the Longines Hong Kong International Races in December.

Many were quick to draw comparisons between the two after Glorious Forever smashed his brother’s Sha Tin track record when he reeled off a 1:59.53 over 2,000m towards the end of last season.

However, jockey Zac Purton was quick to pump the brakes on expectations for the four-year-old after a recent Happy Valley trial, saying he had a “bad tendency” to race too keenly.

“You just cannot keep getting away with it if he’s going to keep doing that,” he said after the trial.