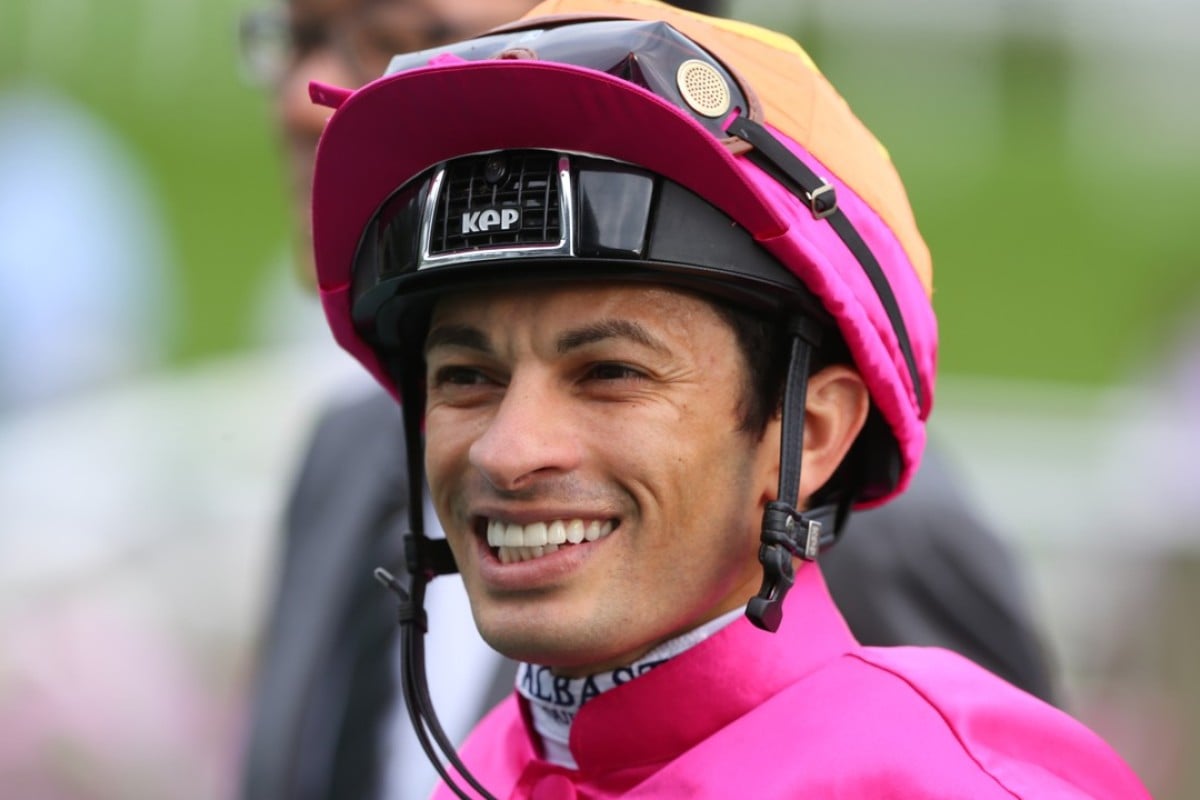 The dynamic in the Hong Kong jockeys’ room is set to shift dramatically after the arrival of Silvestre de Sousa and Alexis Badel at Sha Tin this week.

It is no secret the Jockey Club wanted to bolster the depth within the riding ranks following a host of off-season changes and these two class European-based riders will certainly do that.

And they are set to get even stronger with the imminent return of Joao Moreira as John Size’s stable jockey, but there was some suggestion that De Sousa wasn’t thrilled about having to compete against his Brazilian compatriot.

However, De Sousa, who was just crowned champion jockey of Britain for the third time, was quick to quash any speculation about that after the Sha Tin barrier trials on Friday morning.

“I love him to bits, I admire him as a rider and as a person as well. We get on well, we’ve never had a problem,” De Sousa said.

“I was disappointed he wasn’t here to be honest, obviously I couldn’t come last season for family reasons but I hope he comes back. I’m sure the people here would receive him with open arms – he’s a top-class jockey.” 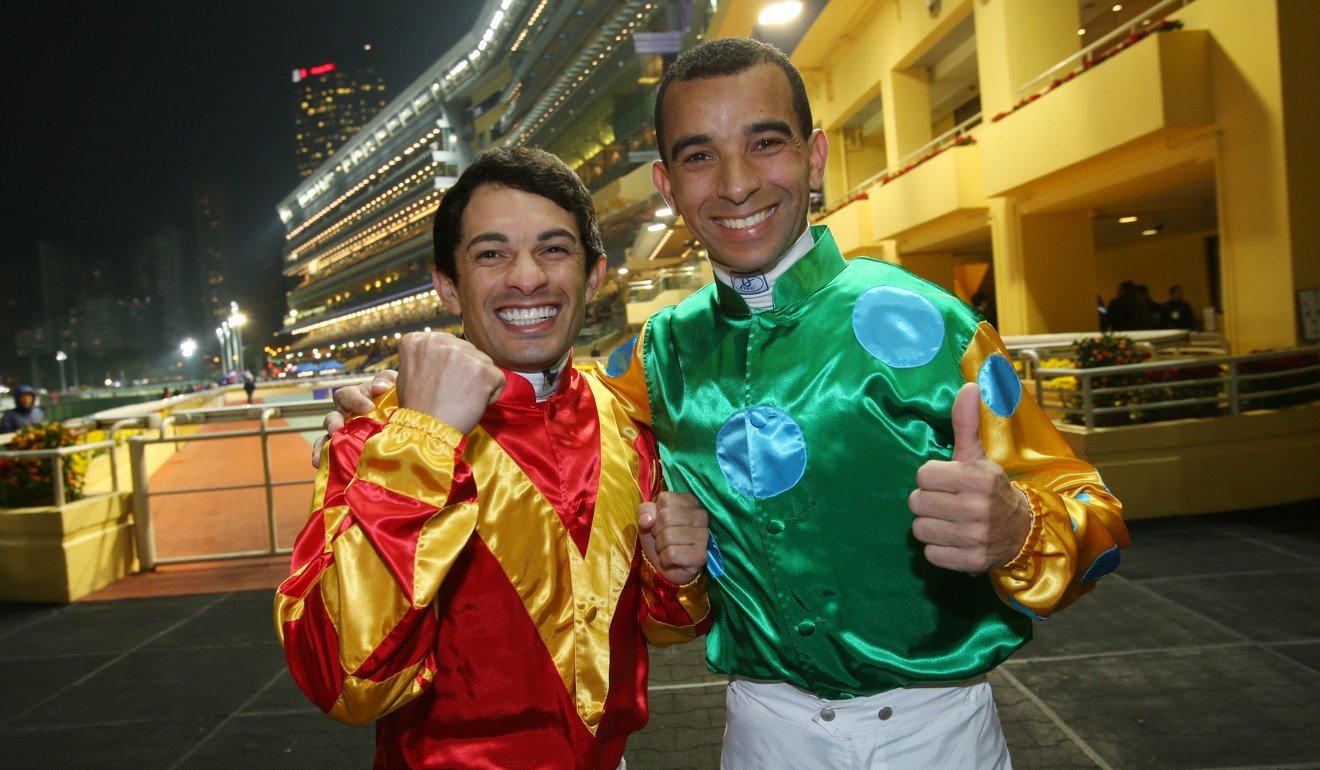 The 37-year-old returns to Hong Kong for his third winter stint – he collected 16 winners in both 2015-16 and 2016-17, before adding one more in last year’s International Jockeys’ Championship at Happy Valley – and he is positive about what is ahead.

“I’ll try to get a few rides and hopefully they’re the right ones on the day – I feel pretty hungry,” he said.

“I have a nice book for Sunday, now I just need a bit of good luck and I can start my stint on a good note.”

De Sousa enjoyed a terrific season in the United Kingdom, collecting 148 winners while tasting Group One success with Pretty Pollyanna in the Prix Morny at Deauville in August.

“I was very lucky, I rode very good horses in England and the people behind me were great – I got plenty of opportunities,” he said.

“I was trying to make the most of the opportunities I was getting and I’m very thankful for all the support I got.”

He will be hoping use that good form as a springboard into his four-month Hong Kong stint, which is already off to a strong start after securing nine rides for Sunday’s meeting, including John Moore’s Eagle Way in the feature, the Group Three Sa Sa Ladies’ Purse. 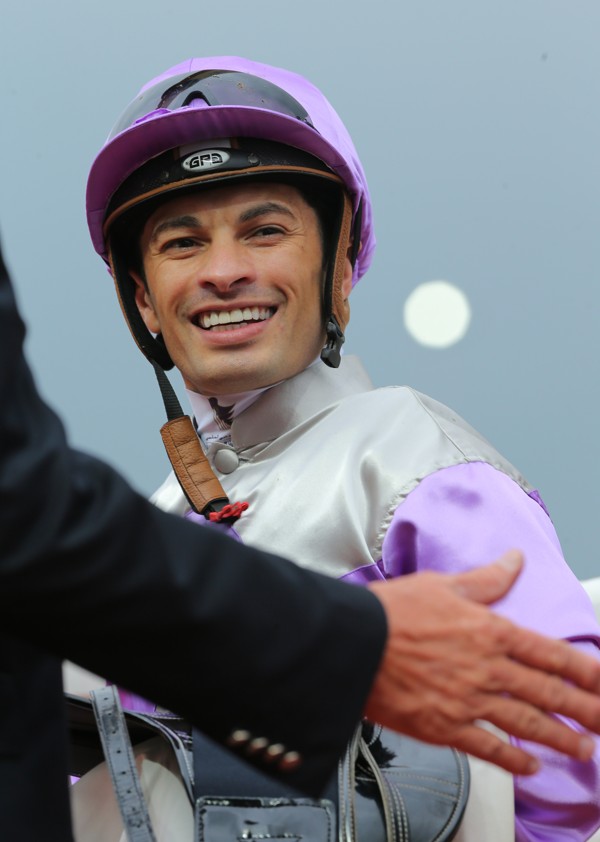 De Sousa jumped aboard the stayer, who caught the eye with a fast-finishing third in the Group Two Sha Tin Trophy, for his hit-out on Thursday morning.

“He went really nicely, it was just to get a feel of the horse, but he feels focused and in good health,” De Sousa said.

He also looks to have good chances with John Size’s duo Follow Me and Raging Storm, as well as the Tony Cruz-trained Famous Warrior.