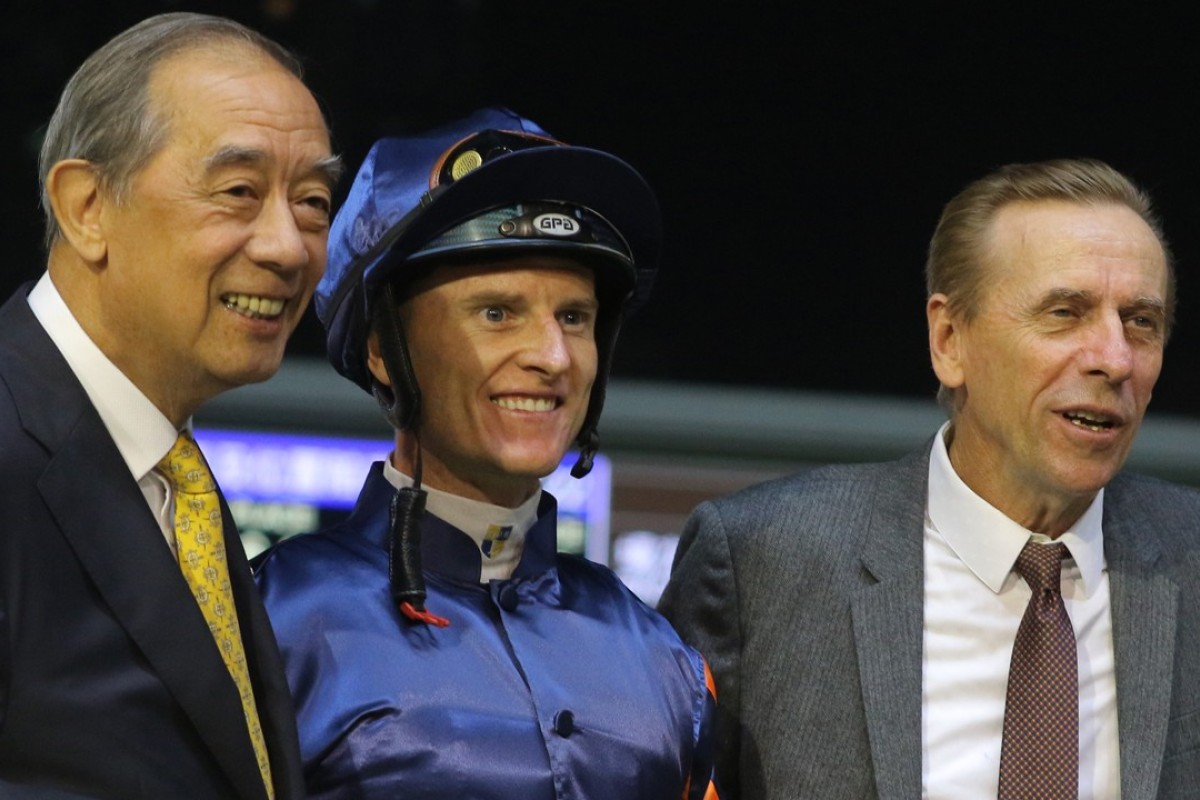 Former Hong Kong Jockey Club chairman Ronald Arculli has had his fair share of Melbourne Cup disappointment but he remained remarkably realistic at Sha Tin on Sunday after his horse Red Verdon was ruled out of the race with a foot issue.

Arculli owned famed globetrotter Red Cadeaux, who finished second three times from five Cup starts, and also River Verdon, the first Hong Kong-based horse to compete in the time-honoured staying test back in 1994, but is still chasing his first victory.

“Well, I guess that’s horse racing. Things happen but you hope it doesn’t happen at the wrong time,” he said after watching another of his horses, Bank On Red, parade before running seventh in the Class Three Ahava Handicap (1,800m).

“We are looking to see how he recovers and whether there might be any races for him over the next few weeks.”

Red Verdon has been scratched from the Melbourne Cup after pulling up lame from today's gallop. Nakeeta (5th in last year's Cup) gains entry into Tuesday's race. pic.twitter.com/y433IbWGcD

Arculli said last week he thought Red Verdon was a “reasonable” chance in the Melbourne Cup, but he must now wait for his next tilt at what he described as the “most challenging race in the world to win for a non-Australian-based horse”.

“We have next year to look forward to,” said the unflappable Arculli.

Red Verdon is nominated for the Longines Hong Kong Vase – a race Red Cadeaux won in 2012 – and Arculli said that a trip to Hong Kong in December is still on the cards, but that the horse would need another run between now and then.

“We would still like to come to Hong Kong. Ideally we should try and get in a race before he comes to Hong Kong, because otherwise he will be pretty cold by then,” he said. 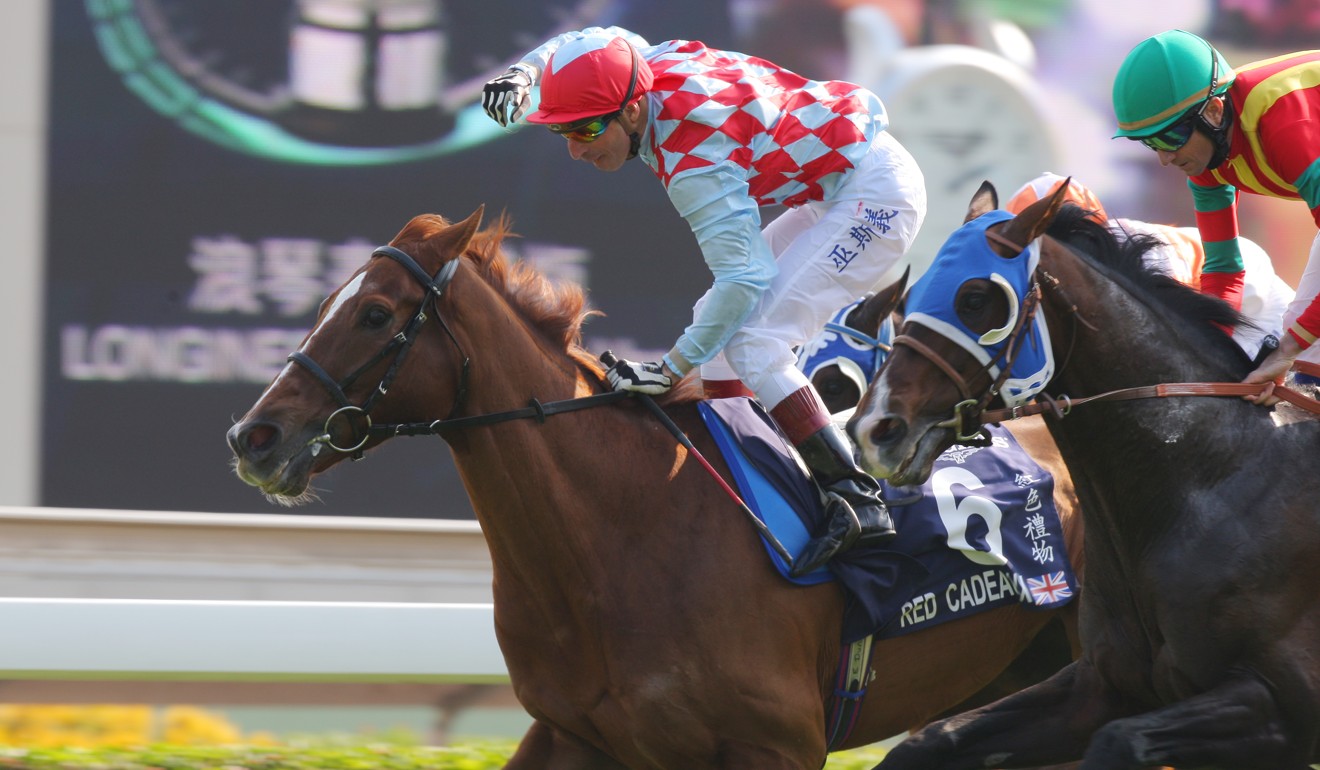 The most likely targets for Red Verdon include the Mackinnon Stakes or Queen Elizabeth Stakes at Flemington this Saturday, or the Zipping Classic at Sandown the following weekend.

“Red Verdon had a gallop [on Saturday] and pulled up slightly sore and it’s turned out to be an abscess in his foot which needs to burst,” trainer Ed Dunlop said.

“If the abscess bursts quickly, he’ll be back training in a day or two. It was unfortunate timing.” 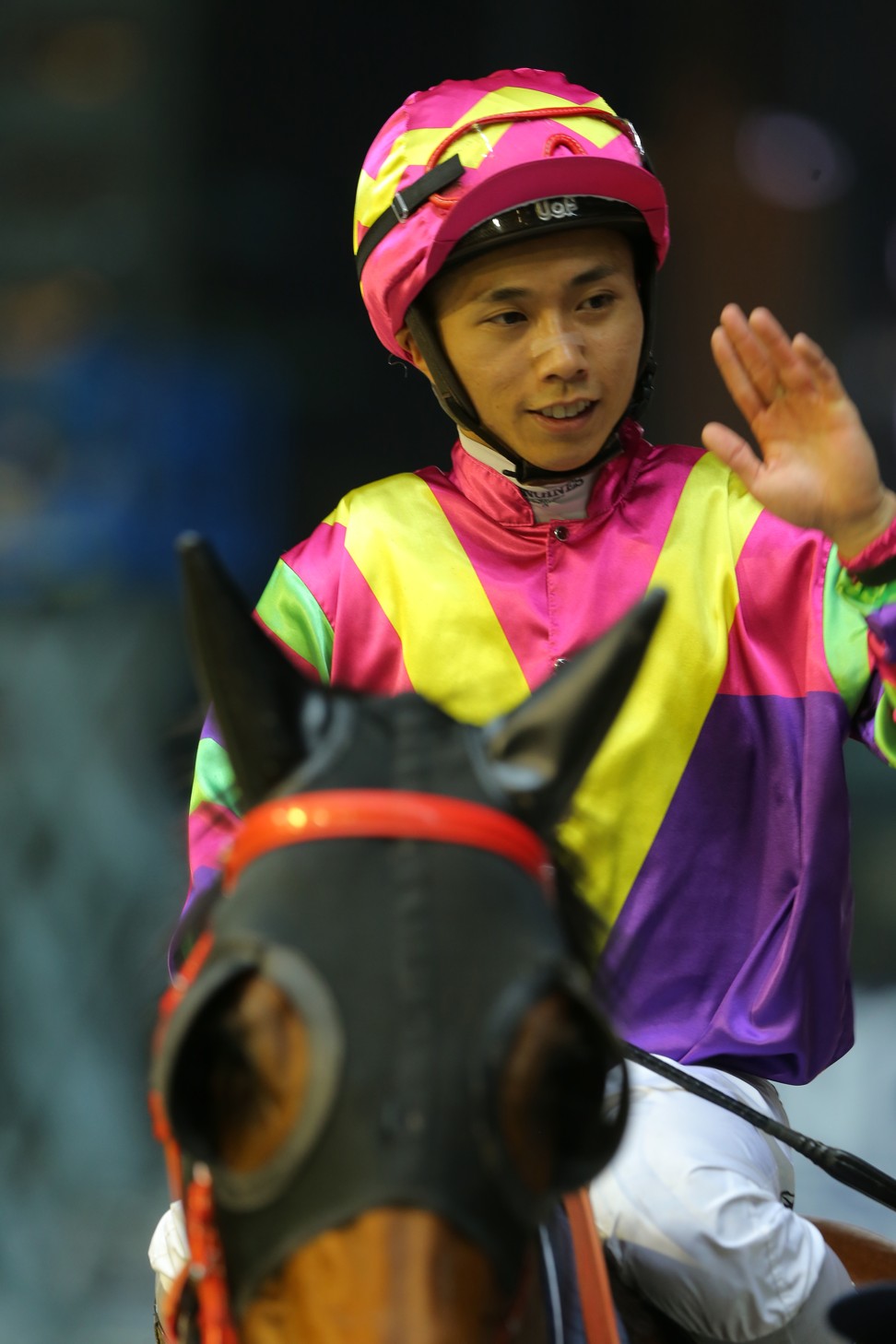 Teetan and Poon off to Singapore

Hong Kong-based jockeys Karis Teetan and Matthew Poon Ming-fai will be at Kranji on Sunday to compete at the Singapore Gold Cup meeting.

It is Teetan’s fourth trip to the Lion City – he won the Group Two E W Barker Trophy with Lim’s Cruiser in 2016 – and he will partner another Stephen Gray-trained trained galloper in Lim’s Magic in the feature.

Poon has also had plenty of success there, winning two Group Threes in his two previous short-term stints, winning on his Singapore Gold Cup ride, Shane Baertschiger’s Preditor, in August.

There will be a host of other jockeys flying in from overseas for the meeting, including Australians Craig Williams and Tim Clark.

Part of the card, including the feature, will be simulcast by the Jockey Club as part of a double-header with the Queen Elizabeth II Cup from Japan. 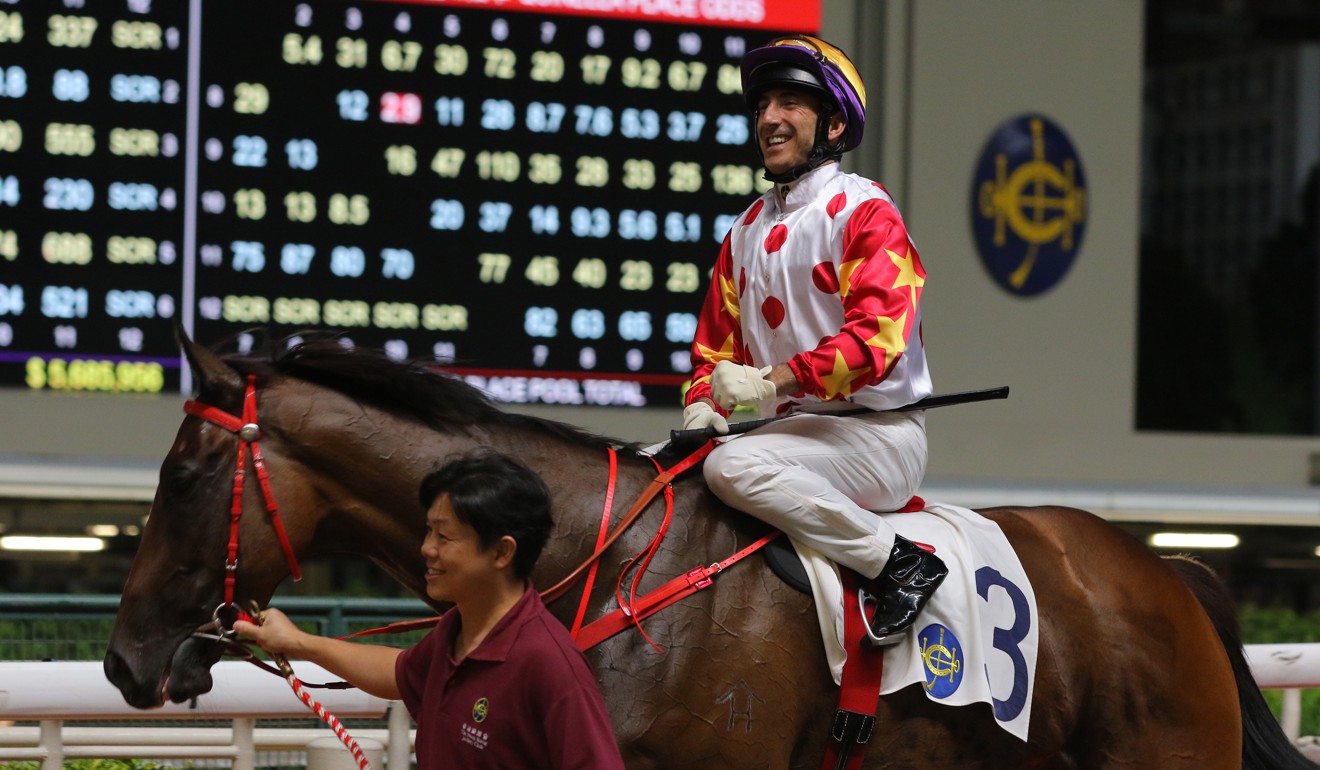 Olivier Doleuze has scored his first winner since leaving Hong Kong at the end of last season, guiding Darius Du Paon to victory on the opening day of the Abu Dhabi Equestrian Club’s season.

The popular Frenchman, who spent 15 years at Sha Tin, is now plying his trade in the United Arab Emirates and was able to salute on the Eric Lemartinal-trained galloper in his first ride in the jurisdiction.

So happy to be back on track with a winner in the lead up race to the Abu Dabhi president cup! Thanks to all the connections of Darius Du Paon and trainer E. Le Martinel for his trust after leaving Hong Kong 4 months ago ! Hope to keep the momentum going!!

“It is good for me to come and try different things,” Doleuze said after the race. “It isn’t a benefit to sit in the same place for a long time. So it was good to come meet other people and to win is really good.” 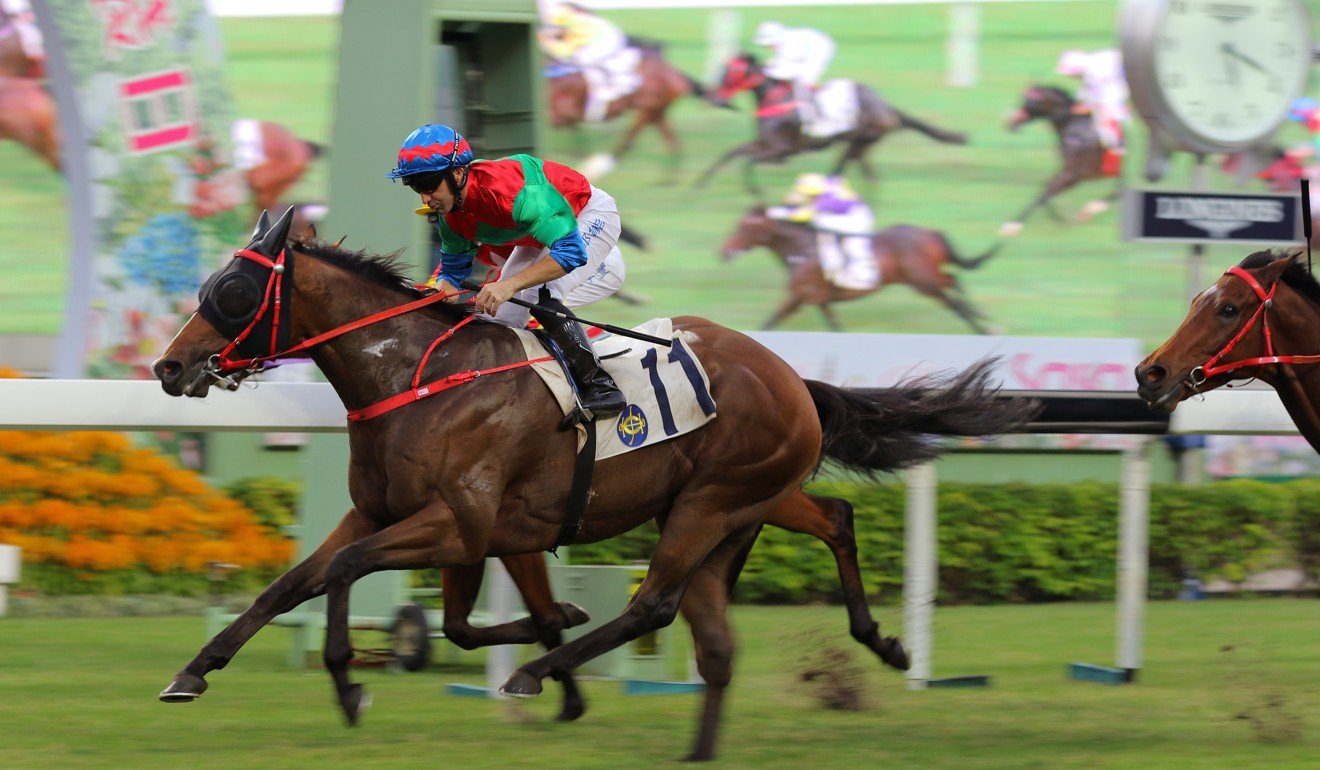 No crying over spilt milk for Callan

Neil Callan ended a month-long drought aboard Mr Wealth in Sunday’s penultimate event, with the Irishman saying his first winner since October 3 was “very welcomed”.

Callan rode four seconds and two thirds in that time and was pleased to see his luck turn.

“He’s a nice horse, I galloped him the other day and I thought he had a bit of ability. His last run was quite promising and I suppose I got on him at the right time,” he said.

“I had to ride him for a bit of luck but the gaps came at the right time and he quickened up quite well. He didn’t have a hard race so hopefully he can replicate it.”

"Mr Wealth's got the money!" Caller @HKBDavis sums things up neatly again as Manfred Man's gelding - formerly Moolazim for Marco Botti - pops up at 35-1 in R9 to end a quiet spell for @neilcallan78 #HKracing pic.twitter.com/oqBHGkZk84

Callan has been feeling the pinch of late and things won’t get any easier with the arrival of Silvestre de Sousa and Alexis Badel – as well as the impending return of Joao Moreira – but he’s not getting worked up.

“I’m big enough and I’m old enough to understand Hong Kong is a tough place, [I’ve known that] since the first day I came here,” he said.

“I don’t cry over spilt milk, I’ll just keep working hard and see what happens. Hopefully I keep getting a bit more luck.” 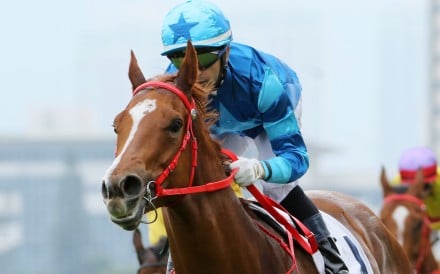 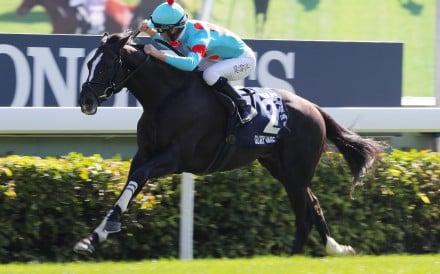 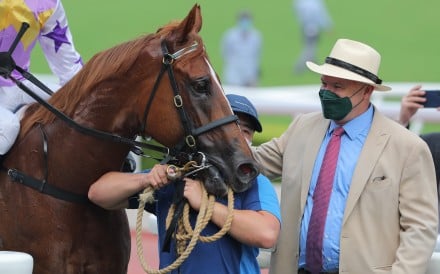