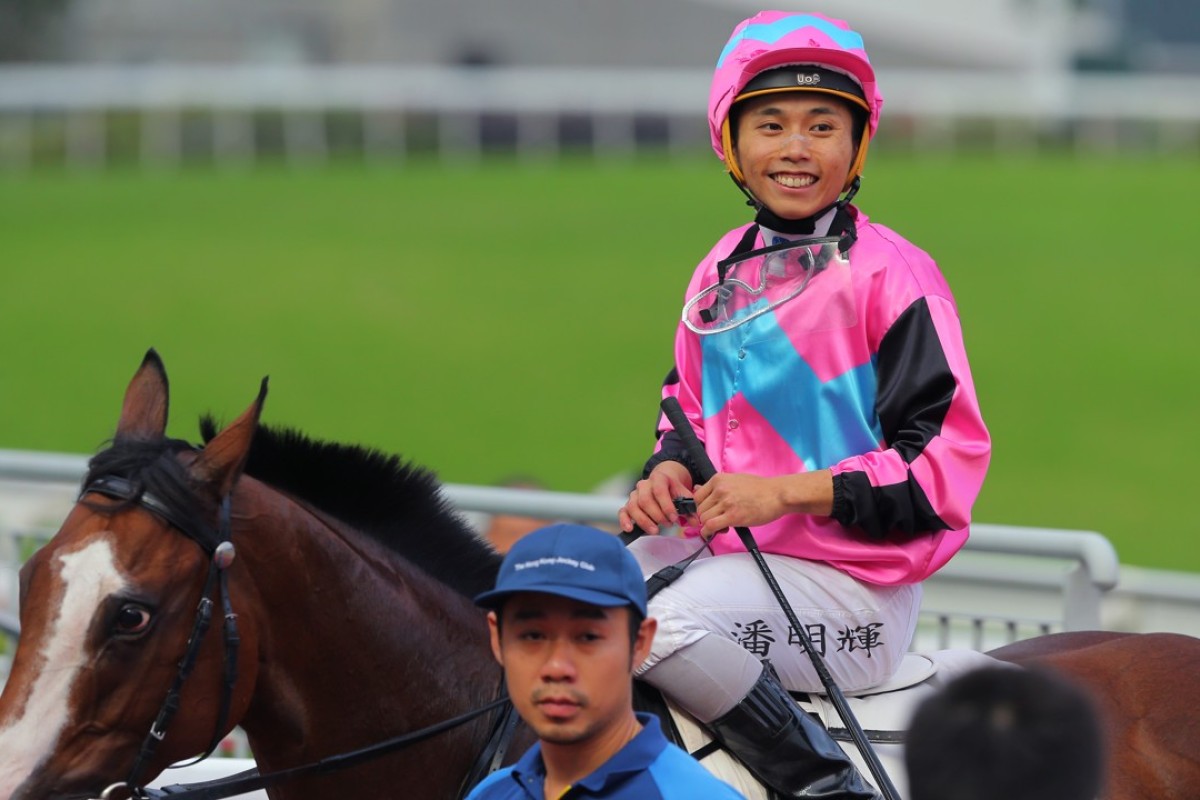 Matthew Poon after riding one of his 14 winners this season at Sha Tin. Photos: Kenneth Chan

Young jockey Matthew Poon Ming-fai will have to pinch himself when he lines up in next month’s International Jockeys Championship at Happy Valley.

The prodigious 23-year-old, who raced to 14 wins this season, managed to fend off the likes of Douglas Whyte and Chad Schofield to gain a position in the field despite riding significantly less due to a host of suspensions.

Poon conceded he was nervous ahead of his IJC debut which will put him front and centre on the world stage when he rides against the likes of Ryan Moore and hero Hugh Bowman. 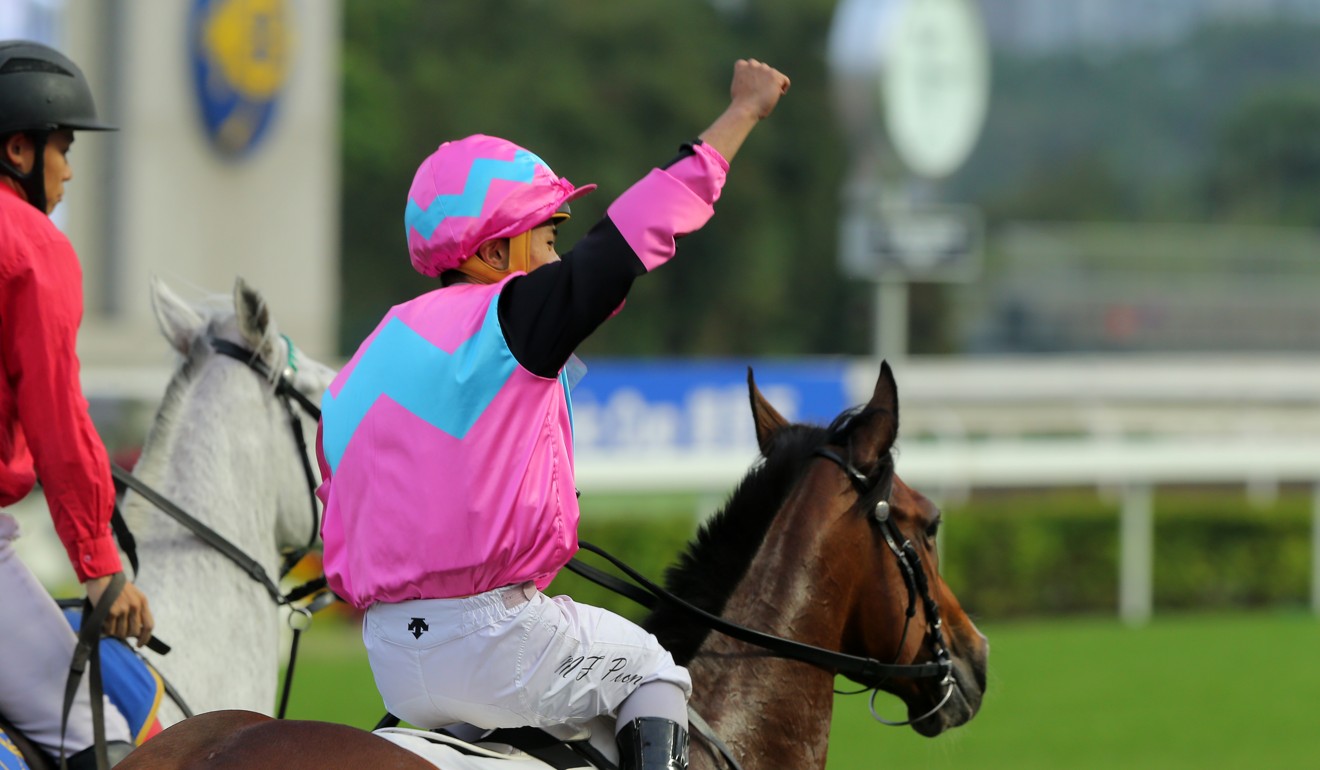 “Actually, I am a little bit nervous but I think that is just now, when we finally get to the day I think that it will disappear,” he said.

Having spent time in Australia as an apprentice where he gained a cultlike following, Poon said he watched the likes of Bowman in awe, dreaming that one day he could get his chance to compete against superstars of the sport.

“I watch Hugh Bowman a lot when he rides in Sydney and sometimes Melbourne,” he said.

“He is just amazing, so smooth and so cool. I just feel like he is so good with the horse, so to get the chance to ride against him is so exciting.” 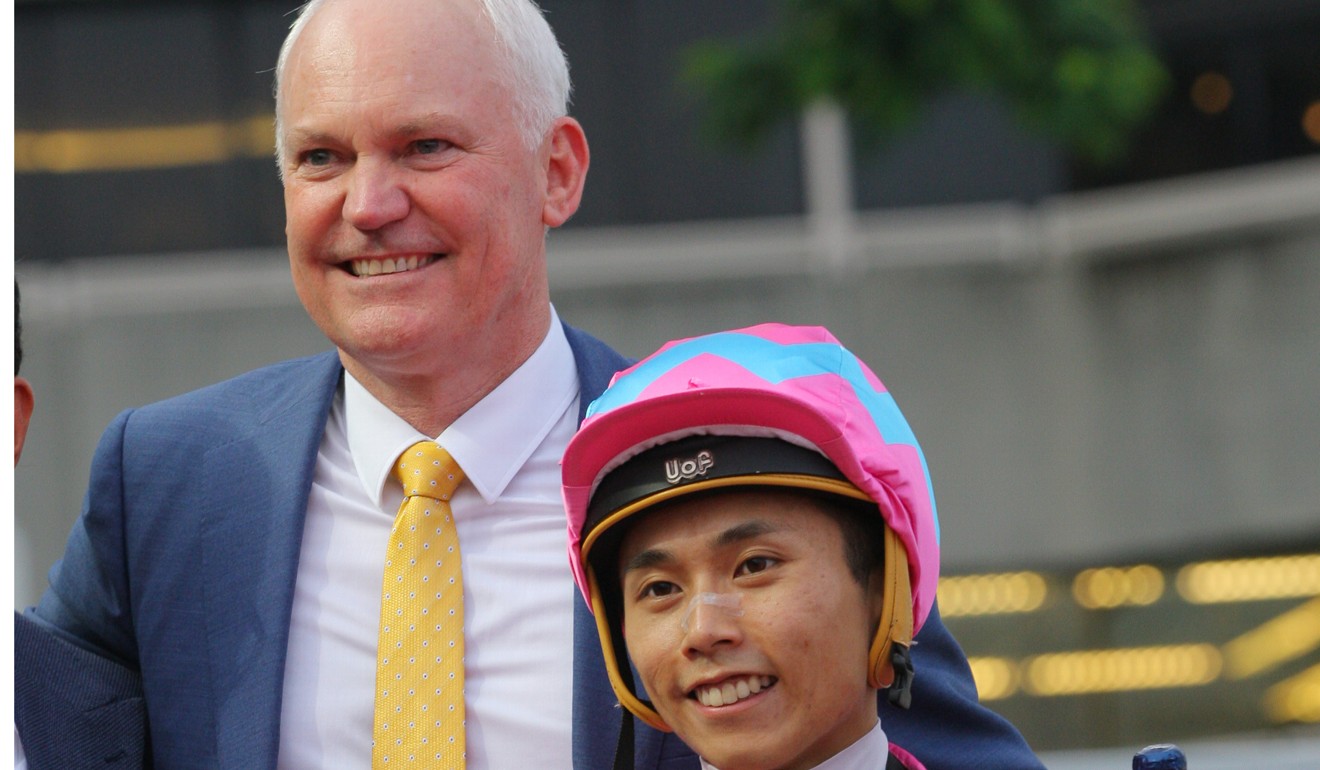 While Poon may have his knockers because of his penchant to find himself in the stewards’ room, there is no doubt that his rise through the ranks is a breath of fresh air for the riding ranks in Hong Kong.

“I feel so excited about it because when I was young I really looked forward to taking on the big jockeys and now I get the chance to ride against them,” he said.

“I always wanted to be a jockey riding in Hong Kong and I never thought I would one day get to ride against the big jockeys, I just try to do my best.”

With his much sought-after claim now down to three pounds, Poon will have to prove he is more than a one-trick pony when he returns from suspension next week. 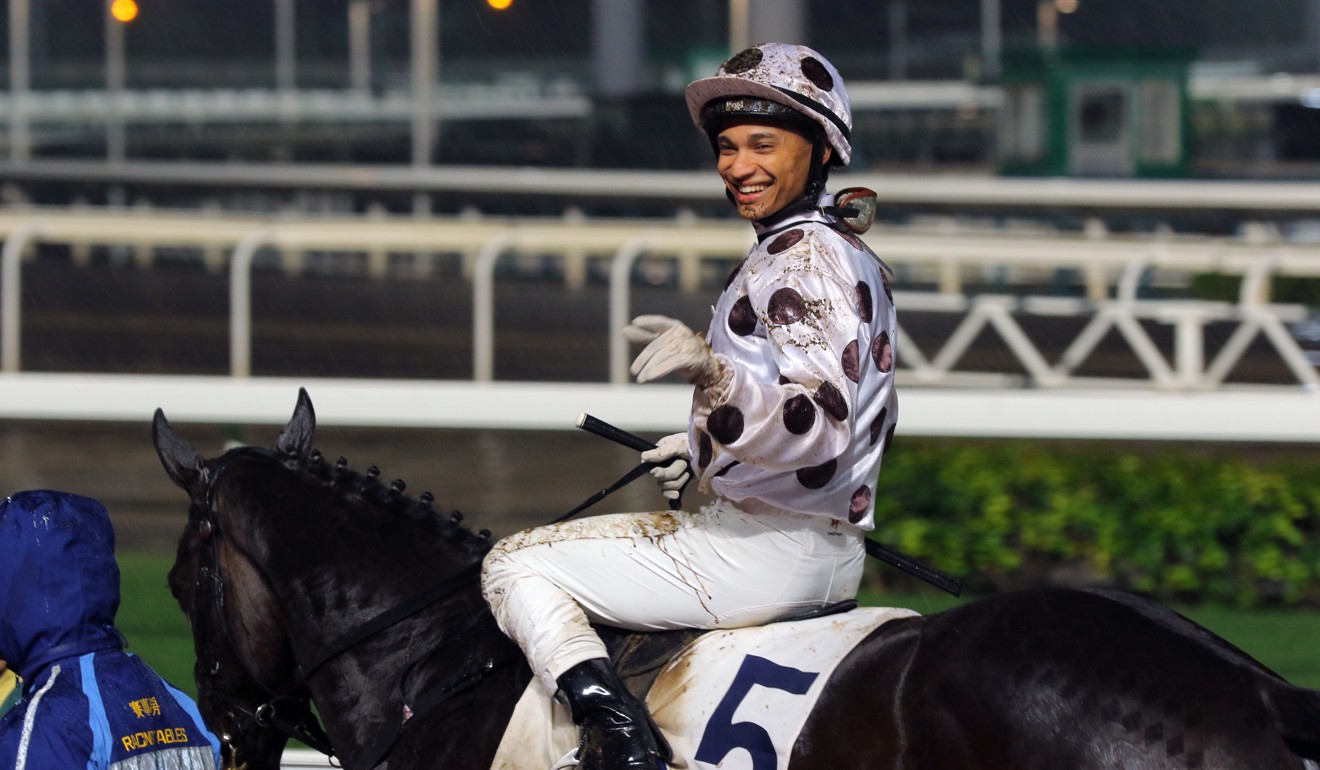 Hot favourite Superich runs down the front runners in R10 only to find World Record finishing faster under Grant van Niekerk. Winning trainer Tony Millard was pleased with Northern Superstar's debut in the Chevalier Cup and will move on to the Hong Kong Cup next. #HKIR #HKracing pic.twitter.com/Vchc9lZpKO

Van Niekerk was near last in the run with a face full of kickback thanks to the wet conditions, but found another gear when he pulled to the middle of the track, motoring home to beat rival jockey Zac Purton on Superich in the shadows of the post.

Chuffed with his horse, Millard said he was prepared to run against the way the track had played for most of the day.

“We spoke before the race and we thought that they would go too fast and that’s exactly what they did,” he said.

“I just told him [Van Niekerk] not to change the tactics, the horse does run the way he does, if we lose, then we lose, it doesn't matter but we must not change anything.” 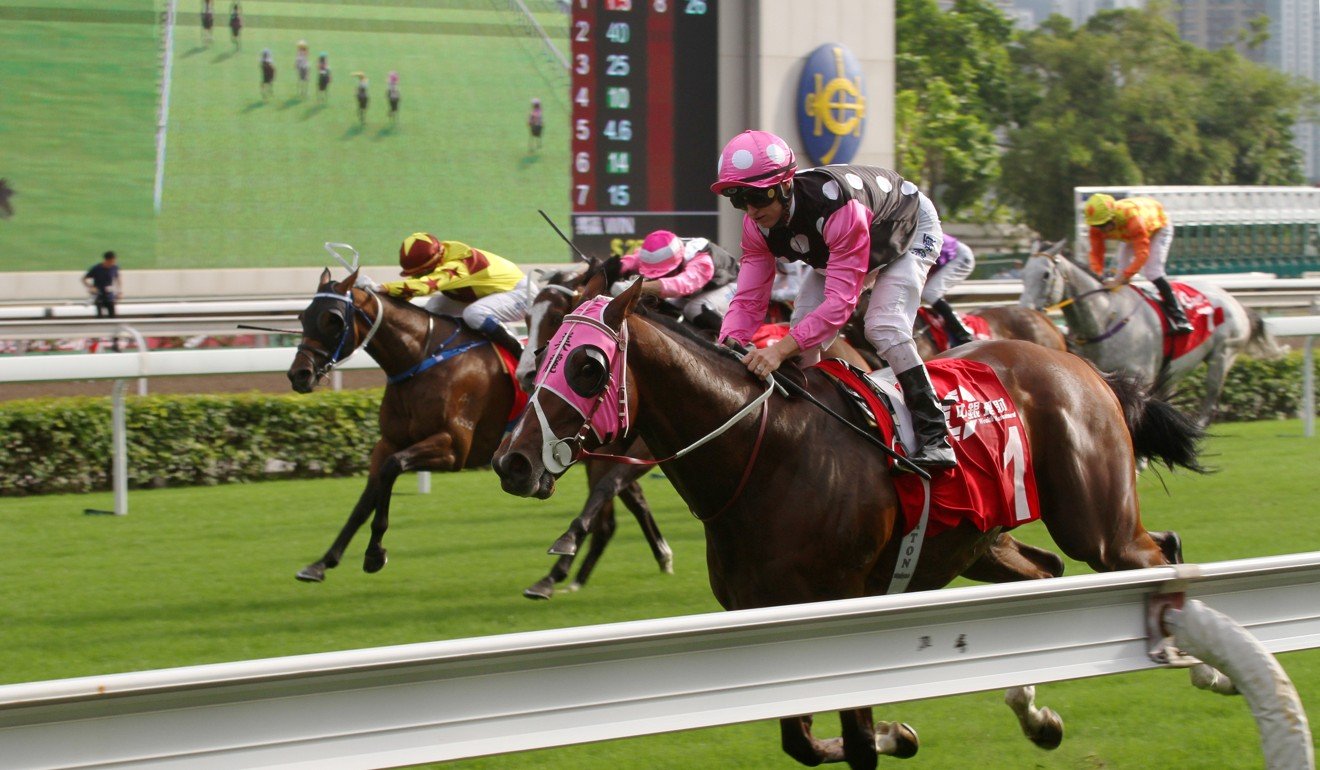 Nothing to see here: Beauty Generation fit and firing

Responding to reports that his star galloper had not pulled up well after his astonishing track record in the Group Two Jockey Club Mile (1,600m) last week, Moore said it was all systems go.

There were concerns Beauty Generation was suffering from hoof problems after he decided to run off the track in his record breaking run, but Moore said he had given his galloper a well-earned break after the win.

“The local press are reporting there are problems but it’s not the case,” Moore said.

“I just whipped his shoes off and gave him a few days on the machine.”

True to his word, Moore had Beauty Generation re-shod on Friday and galloping trackwork again on the all-weather track on Saturday morning before trotting up on Sunday. 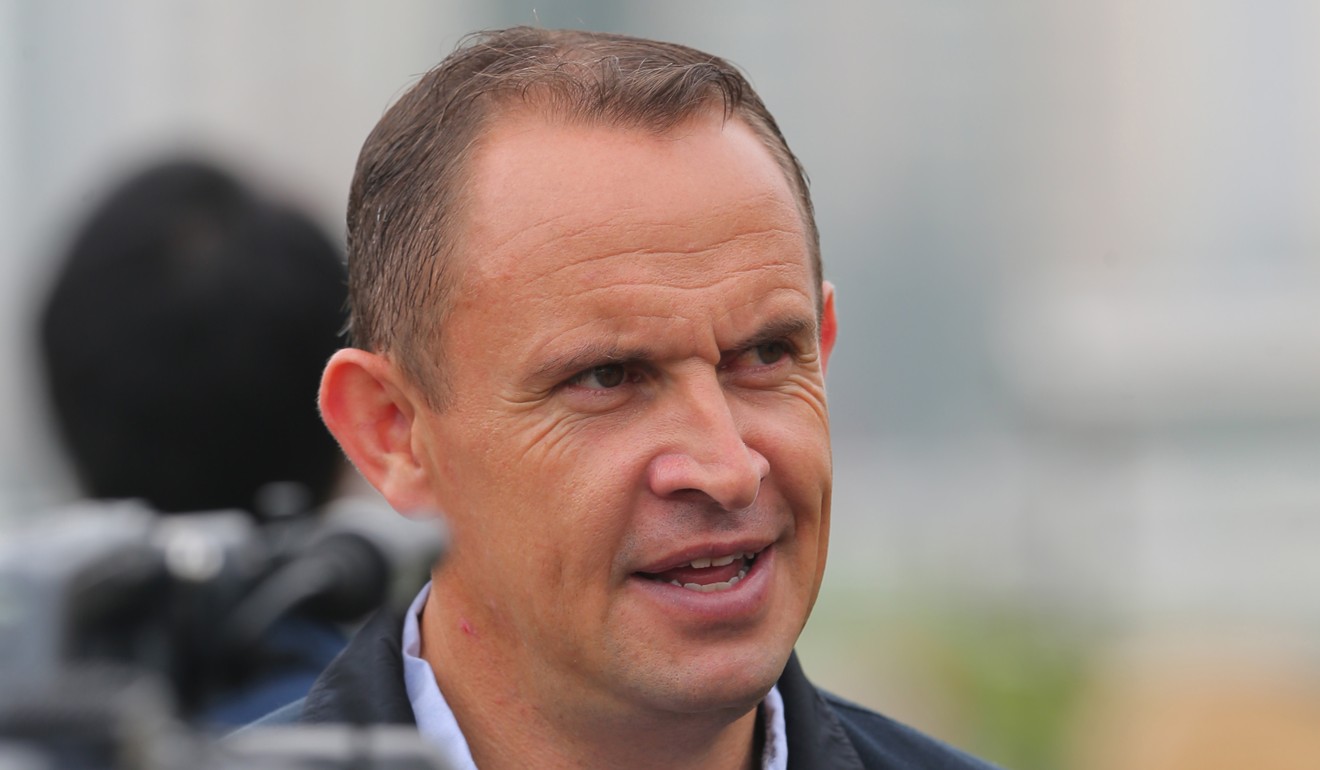 The handler of top mare Winx was spotted in discussions with Jockey Club hierarchy ahead of his horse Comin’ Through racing in the Group One Hong Kong Mile (1,600m) next month.

Impressed with the performance of Japanese mare Almond Eye in the Japan Cup, Waller was asked if he thought anyone was capable of beating the boom horse.

“I’ve got one but she’s getting a bit older now,” Waller joked.

Punters hoping to find some form lines out of the Group One Japan Cup (2,400m) for next month’s Longines Hong Kong Vase (2,400m) were left wanting after the Aidan O’Brien-trained Capri flopped to a disappointing midfield finish.

There were high hopes the four-year-old would add a touch of class to Hong Kong’s premier staying event next month after running behind the likes of Cracksman and Enable in Europe.

The Vase field could suffer another big blow with major question marks arising over whether pre-post favourite Waldgeist will make the trip to Hong Kong.

It is crunch time for the connections of runners, with both Waldgeist and Capri due to board planes later in the week before arriving at the Sha Tin quarantine facilities.