Rejuvenated trainer Tony Millard has lauded his promising batch of up-and-coming horses as the “best” he has ever had following the win of Strathallan on Saturday at Sha Tin.

Millard took the lead in the trainers’ premiership with the win in the three-year-old restricted Chung On Handicap (1,000m), which included a string of first starters.

Strathallan, who had the advantage of two prior race starts, was able to run down odds-on favourite Big Party and win with jockey Karis Teetan on board.

The win was the first of a treble for Teetan, capping a dominant week for the Mauritian that saw him ride five winners last Sunday and two on Wednesday night.

The beat goes on for bang-in-form @KarisTeetan and Tony Millard as Strathallan edges home in the opener at Sha Tin. #HKRacing pic.twitter.com/DKXfXETaNJ

With the likes of the lightly raced Singapore Sling and Nassa in his stable already, Millard said he was happy with his horses following his early season form, but was not one to look at his winning records this early in the year.

The gravity of Millard’s 10 winners to date is further highlighted by the fact he was able to train just 34 last season at a strike rate of 12 per cent.

While still early in the season, Millard is currently striking at almost 20 per cent this season. 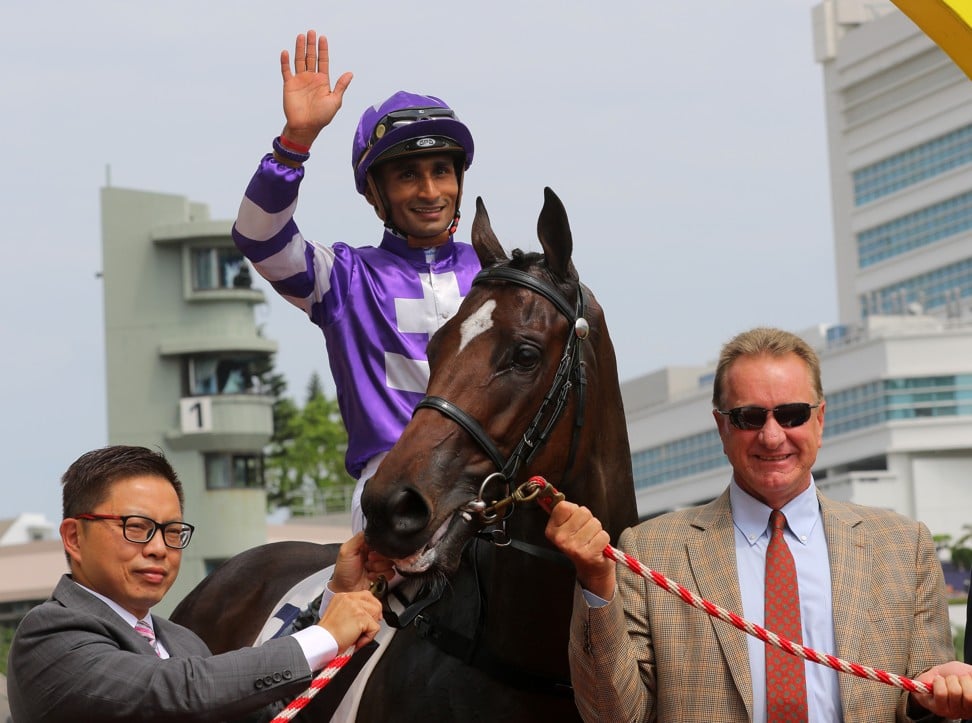 Despite winning strongly up the Sha Tin straight over 1,000m, Millard said he expects Strathallan to improve even further when he stretches out over 1,200m.

“He’s a nice horse and I think he can improve. I think what got him over the line today in the end was that he had more experience than the others,” he said.

“A lot of these first timers, they struggle, we saw today that that was the case. He’s a nice horse and I think he will be better over 1,200m.”

@KarisTeetan reduces @zpurton's lead at the top of the table to just one as Willie Way battles home to give Paul O'Sullivan his first winner of the season in R2. #HKracing pic.twitter.com/27jsWaxja5

Teetan agreed that there is plenty more to come for the three-year-old.

“Like I said to Tony, he’s always shown us lots of speed but I think he was just a baby and he just used the speed in the early stage but he could not finish off the race,” Teetan said of Strathallan’s three starts before Saturday.

“The break at the end of last season helped him and I was pretty happy with his run first-up. He ran against the older horses, carried more weight and just got tired the last bit.

“Today he gave me the feel that this will now improve him mentally. He’s a horse that I think can still take a step forward.”