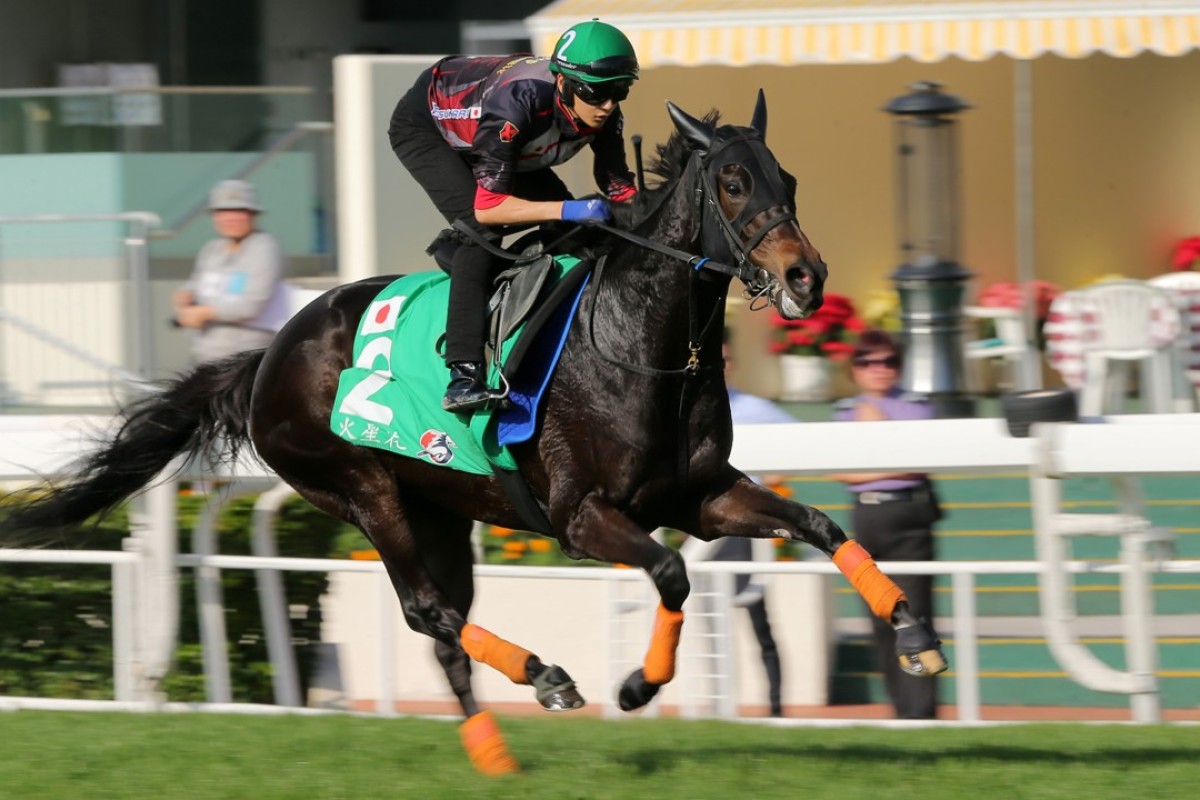 Brilliant Japanese staying mare Crocosmia took no prisoners at Sha Tin on Tuesday morning, setting a high early benchmark for the week ahead with a momentous turf gallop that would have been worthy of the highest-rated gallopers at the meeting.

Crocosmia, a bold front-runner in her homeland, showed all her renowned speed to zip through an 800m gallop in 49 seconds, but that useful overall time only serves to mask the majesty of the work. The true merit of this piece was to be found in the finer details.

The first furlong (200m) of the work (14.9 secs) was barely better than even time – referred to in some racing jurisdictions as pacework. But the afterburners went on approaching the 600m mark on the course proper, with the mare working nearer the outside running rail.

Her final 600m stopped the clocks at 34.1 seconds; the final 400m in a sterling 22.15. Often, when horses burn too much energy between these points, they will slow down in the final section of their work – not Crocosmia.

There was a little bit of turf burning at Sha Tin this morning, with Crocosmia (Stay Gold-Developpe) putting in a very solid gallop. Yusinori Iwata rides in the Vase on Sunday. #リスグラシュー #競馬 #賽馬 #HKIR pic.twitter.com/18iJR6J7fU

With her work rider barely moving on her, and with a beautifully efficient galloping action, Crocosmia continued to open up, registering 10.98 seconds for her final 200m.

Just as impressive was the way Crocosmia pulled up. Once she was reined in, brought to a halt and her head was turned for home, she looked in perfect order. Whether she moved at a walk, trot or canter, her action was impossible to fault.

Crocosmia will line up in Sunday’s HK$20 million Longines Hong Kong Vase at 2,400m. We only have to go back two years to find the last Japanese winner of the race, the exceptional stayer Satono Crown in 2016.

But further back in time, Crocosmia’s sire Stay Gold put his name in lights at HKIR 2001 in this very race. He won a deep renewal, defeating Godolphin’s Ekraar under Frankie Dettori, with the Hong Kong champion Indigenous leading a long procession of rivals – a morale-shattering 6.75 lengths behind Ekraar. 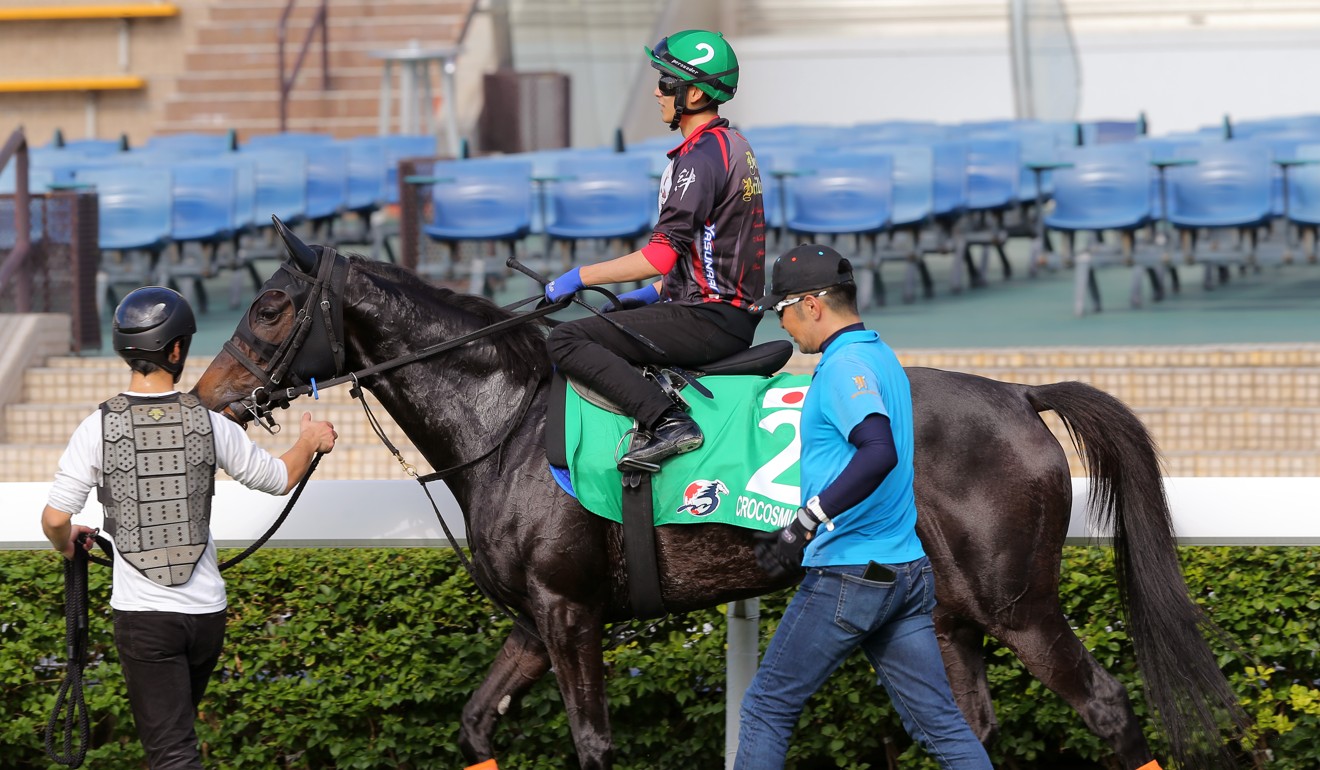 Today, we fully understand the Japanese stayers to be world class and almost the measuring stick of excellence at 2,400m. Back in 2001, that was not the case.

Stay Gold was already a Group One horse in his homeland but was a disrespected 33-1 chance when he eclipsed champion Fantastic Light (Dettori) in the Dubai Sheema Classic (2,400m) in March, 2001.

Hong Kong punters, to their credit, were not about to make the same mistake later in the year and Stay Gold was a $2 favourite when he triumphed at Sha Tin in December.

It was also Stay Gold’s final race and before heading off to the breeding barn, he was honoured with a special award from the Japan Racing Association for being the first overseas Group One winner bred by a Japan horse farm. 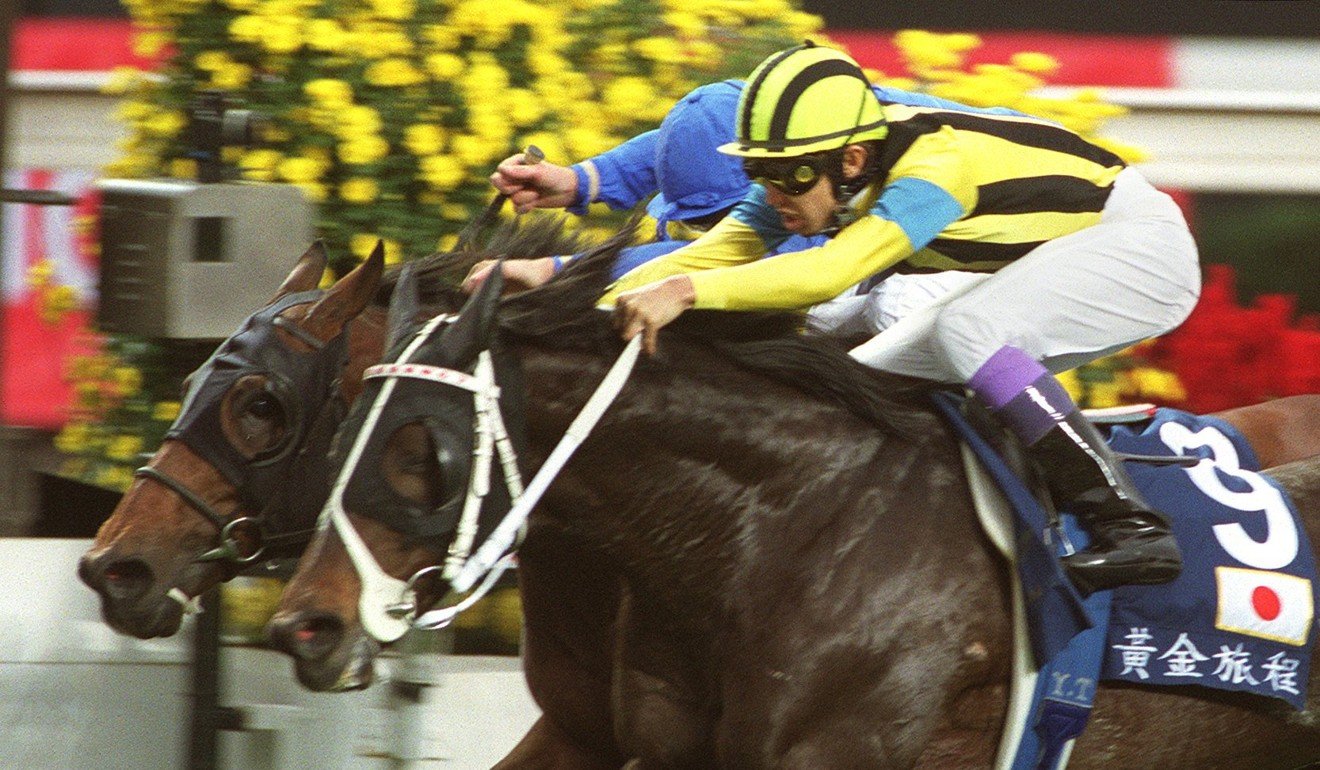 Stay Gold died suddenly in 2015 as a 21-year-old but left an enormous legacy. Among his 47 stakes winners were two champions – Orfevre and Gold Ship – plus Group One winners Dream Journey, Nakayama Festa, Fenomeno and Red Reveur. In addition, he sired one of the immortals of Singapore racing, three-time Singapore Gold Cup hero El Dorado.

Crocosmia’s trainer Katsuichi Nishiura will be fielding his first-ever HKIR runner. Nishiura, 67, is the jockey son of a former trainer. He rode the JRA circuit for 27 years, amassing 635 JRA wins, including five Group Ones before turning his hand to training in 1996.

His best performer has been Hokkoo Tarumae, a 10-time Group One winner, and the handler’s win tally is 408 – a combined total of 1,043 JRA wins.

Crocosmia comes into the Vase via the Queen Elizabeth II Cup, Japan’s Group One middle-distance event for fillies and mares, and decided over 2,200m at Kyoto on November 11. Crocosmia led in that race and dared her rivals to run her down. Only one was able to – the Joao Moreira-ridden Lys Gracieux, who will be among her rivals again at Sha Tin on Sunday.

The superior quality of that race was underscored by the margin between second and third – three lengths – and the QE II has been a launching pad to HKIR success previously (Snow Fairy in the 2010 Hong Kong Cup).

While Crocosmia was bashing the clock, Lys Gracieux was given a quiet time of things with a strong canter on the all-weather track, coming home the last 400m in just 32 seconds.

Lys Gracieux, a daughter of another Japan breeding stalwart in Heart’s Cry, will no doubt showcase her galloping prowess on the turf later in the week. Comparisons are odious, as the saying goes, but Lys Gracieux has a lot to live up to.