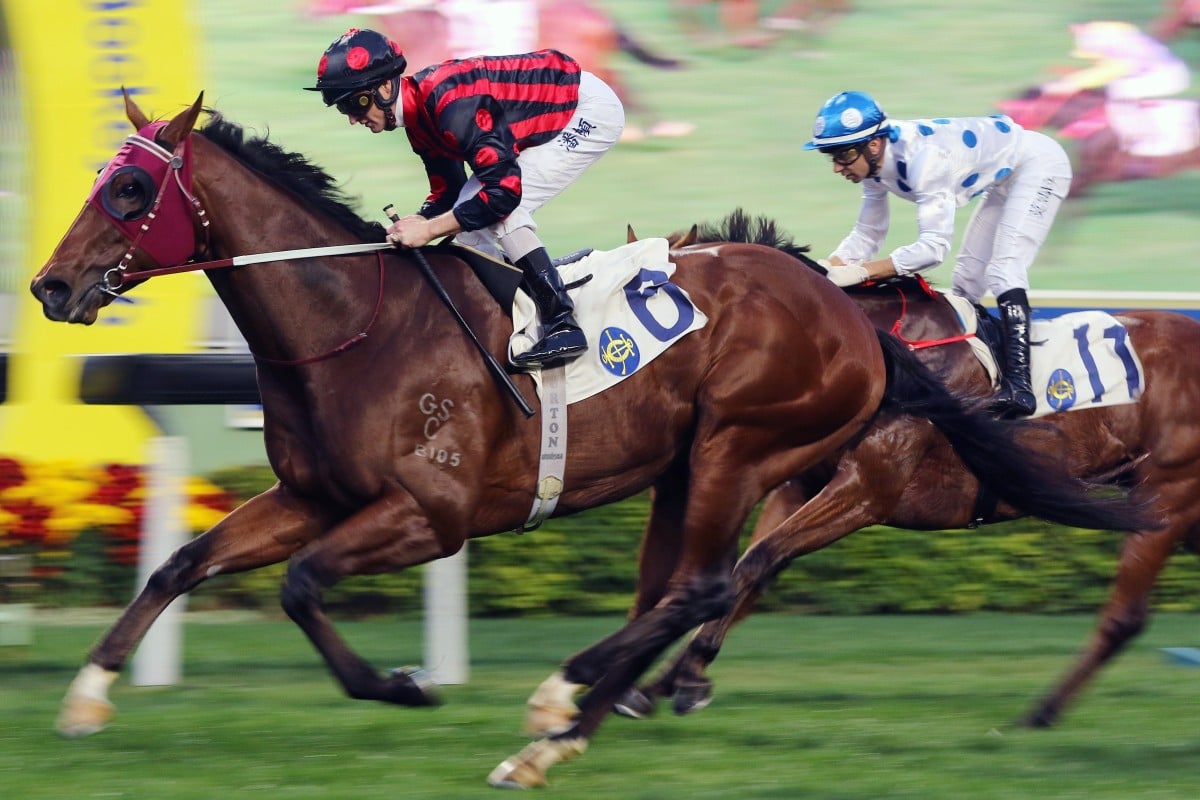 John Moore was left singing the praises of champion jockey Zac Purton at Sha Tin late on Saturday afternoon after Good Standing broke through for his first victory in Hong Kong.

Despite arriving at Sha Tin in 2017 with high hopes of a tilt at the Hong Kong Derby, a range of issues meant Moore had to wait until Saturday’s Class Two Beas River Handicap (1,600m) to taste glory with the five-year-old.

“Any time you can get Zac on board is the biggest bonus you could ever want, he’s so perfectly balanced these days and he’s riding with so much confidence,” Moore said of Purton, who was back on Good Standing for the first time since his Hong Kong debut.

It's taken longer than expected for him to blossom but Good Standing eclipses a clutch of BMW Hong Kong Derby hopefuls including heavily-backed Enrichment to complete a @zpurton double in the Sha Tin finale #HKracing pic.twitter.com/8oV1OIyGuT

“He had some issues with his knees that had to be got right. Zac rode him the other morning and said he felt a little off but a little tweaking of a few things made the difference.”

After winning at Group Two level and running in five Group Ones – including the vaunted Golden Slipper – in Australia, Good Standing proved difficult to manage once arriving at Sha Tin.

He battled leg and foot issues and Moore scratched him three times last season, while he also bled and was hit with a three-month ban, during which he was gelded. 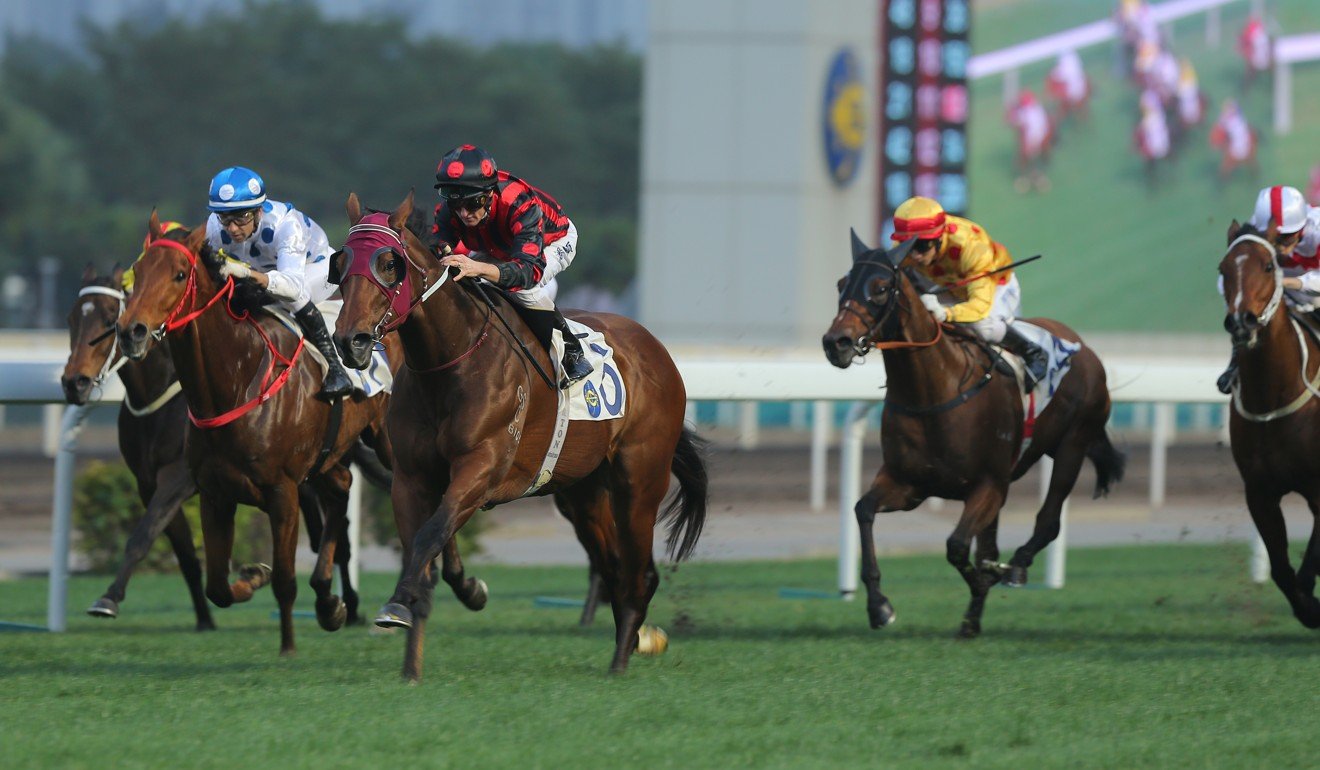 The horse did manage a second at his second start this term but was largely uninspiring in his other four runs, however Moore hopes he has now turned a corner for good.

“This horse, Zac said he can jump and he can just be there so easily and he can place him anywhere,” Moore said.

“He travelled so well and you the could see him coming into the corner – the favourite [Enrichment] was ridden much closer than he was with Sam Clipperton – but he got there and he made his move at the 300m and then put a gap on them. 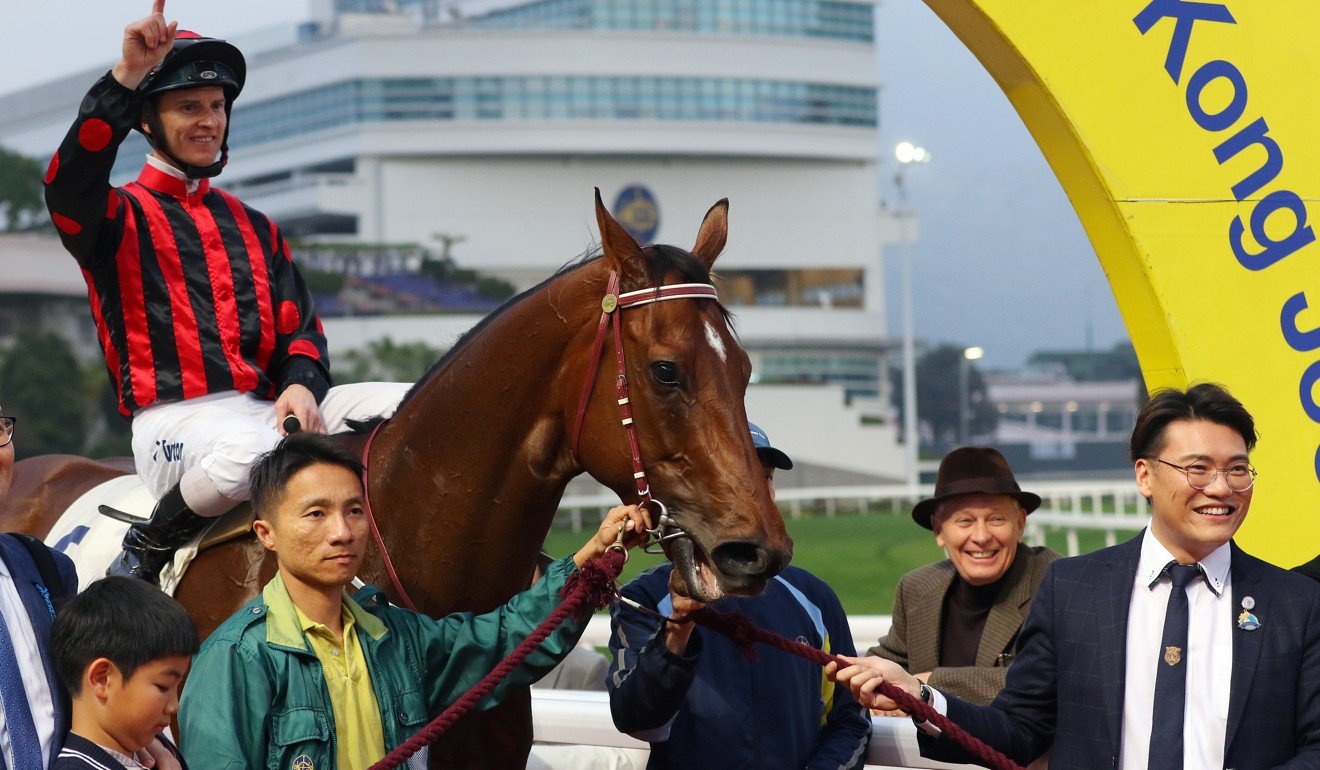 “If we can keep him sound and in this frame of mind there are more wins to come.”

Where are all the Hong Kong Derby contenders?

Good Standing beat home John Size’s Enrichment by a length and Moore now has his sights set on a Class Two over 1,400m on February 17, but is not sure Purton will be available to take the ride.

“I know Zac won’t be able to ride him because he’s so booked up at the moment. He’s like a bus conductor with no tickets,” Moore joked.

“I’ll tell him he’ll run there and see if he’s available,” he added, suggesting Tommy Berry – who is flying in to ride Pakistan Star in the Group One Hong Kong Gold Cup – could be an alternative.

Good Standing’s win in the last event on the card capped a double for Moore after Bingo’s earlier victory in the Class Four Tsung Pak Long Handicap (1,200m).

Bingo was well placed behind leader Multimillion early in the run before the Tony Cruz-trained gelding ran off the track, allowing Bingo to lead.

Moore’s four-year-old finished off strongly to beat Yichun Blitz by two-and-a-half lengths and the trainer said a stint in Conghua played a part in the horse notching his first win of the season at start seven.

“He had a little bit of time to settle into Conghua and he came back looking really well and performed today really well,” Moore said.

“Of course, he was given a saloon passage when Tony Cruz’s ran off the track, he was just left in front, but he was very well placed in the handicaps. He’s a horse that when he gets placed right in the handicaps he’s very competitive.” 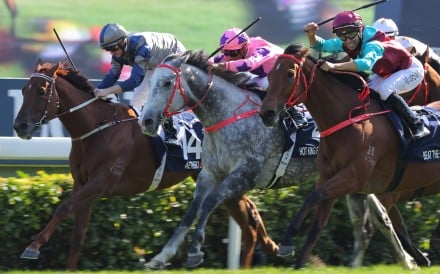