The 31-year-old has been as unlucky as they come with injuries, but he is now hoping to spend more time in the winners’ circle than the hospital ward 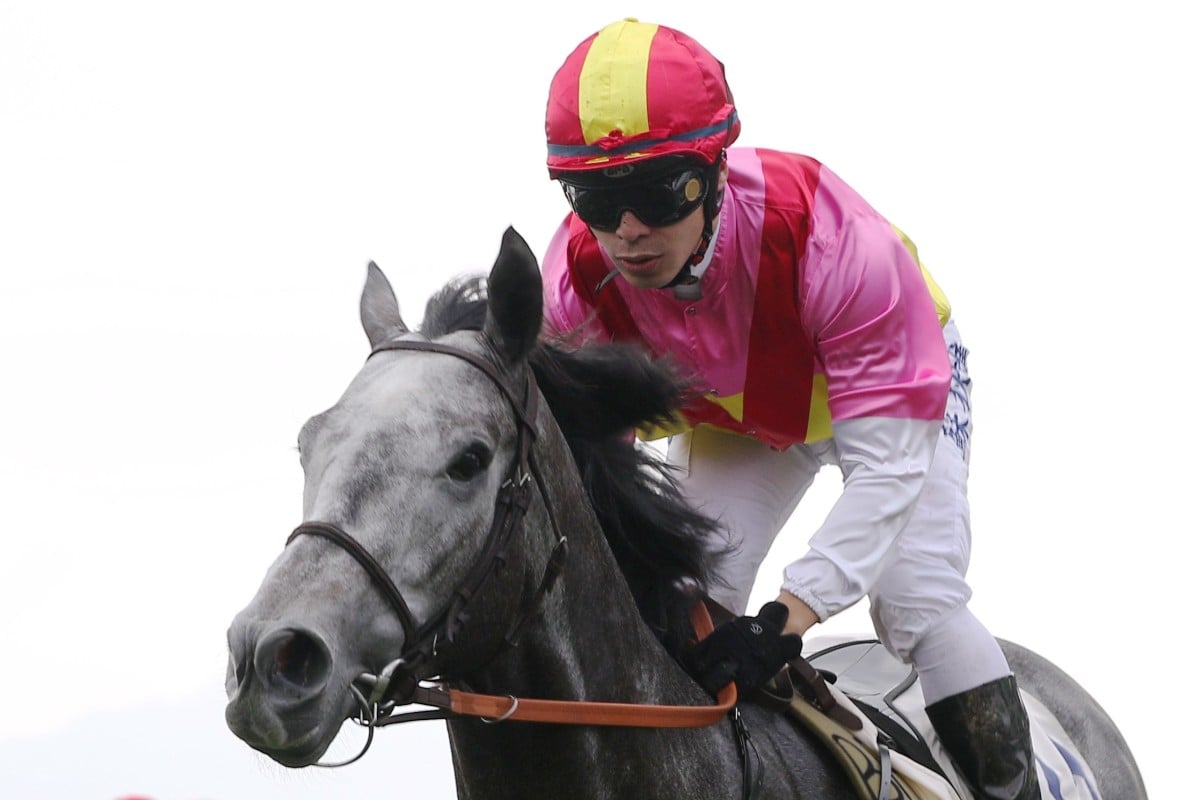 Injury-riddled jockey Ben So Tik-hung had gone 651 days with just one winner so you could hardly wipe the smile off his face after he booted home Sunshine Universe at Sha Tin on Saturday.

So has endured a torrid run with injury, suffering broken wrists, a busted shoulder and even bleeding on the brain after a heavy fall saw him lose memory.

The 31-year-old only resumed race riding last week after stringing together just three months in the saddle over the space of one-and-a-half seasons of racing.

“I am very happy, even this horse, I didn’t think that he could win but anyway, I won and I am just so happy,” he said. 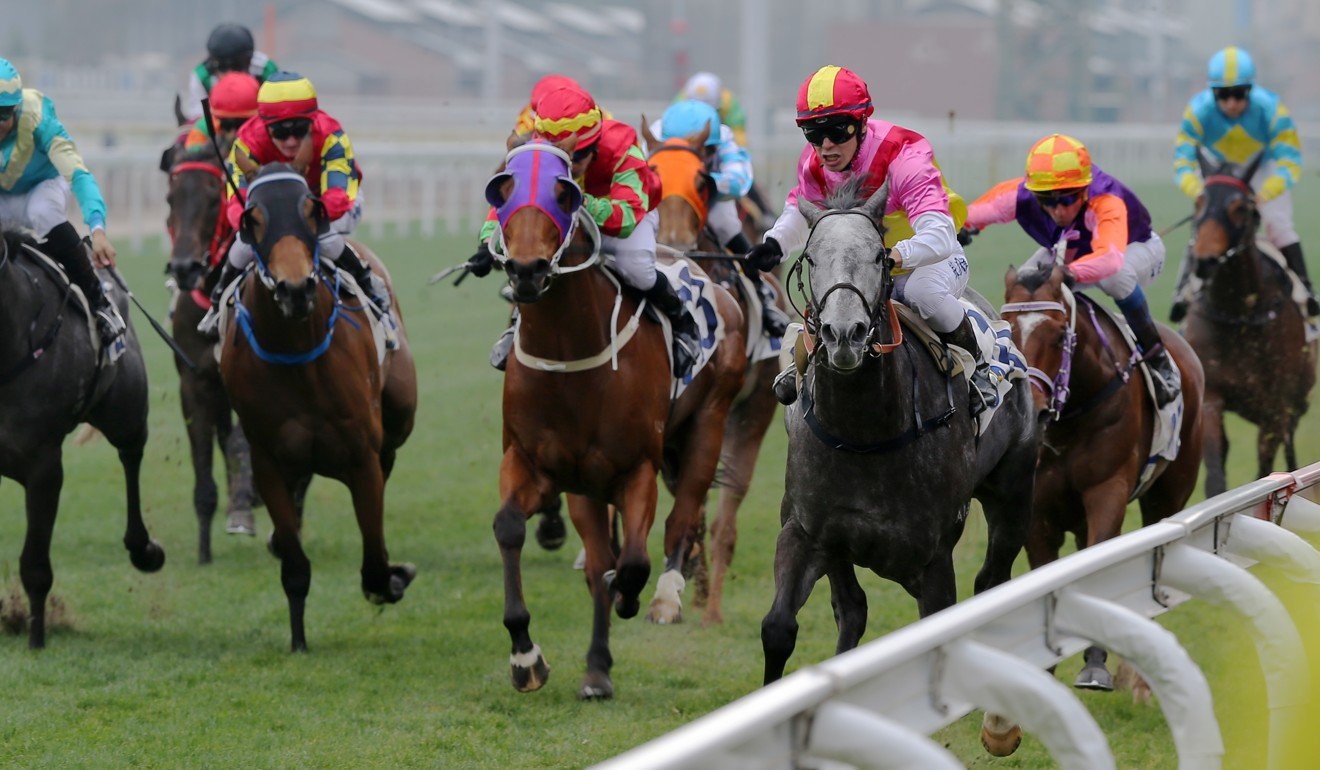 “In one-and-a-half seasons, I have raced for three months, that is it. That is just the life. When I passed the winning post, I yelled, I couldn’t hold my happiness. The last 100m, I knew I was going to win.”

Such has been the severity of So’s injuries, he still has an iron rod holding his right shoulder together.

“One time I fell down and lost my memory and had some blood on the brain, at that time I had to rest for three months,” he said.

His fall in 2016 was considered the worst of his woes after the medical crew was forced to carry him unconscious off the track before he woke up in hospital.

Ben So is elated as Richard Gibson's Sunshine Universe, well backed at long odds, gives him his first winner of the season at the 53rd attempt in R3. So missed the vast majority of last season and is only recently back from another lengthy break due to an eye complaint #HKracing pic.twitter.com/0XszZFQTCI

While So is no stranger to winners – he has racked up 144 in his 10-year career – they had become few and far between of late, with his last winner coming at Happy Valley in June last year.

With the riding ranks as competitive as ever, So admits it is a long road back, but the popular jockey says he is prepared to put in the hard yards to put himself back in the fold.

“Now the competition is so tough, once you have a rest, you lose the horses,” he said.

He is well regarded in the jockeys’ room and trainer Richard Gibson took great delight in providing him the winner.

“I am very happy for Ben So, I thought he was going to do a lap of honour in celebration,” he laughed.

“It was the first time the horse raced on the straight and Ben gave him a fantastic ride, it is a nice surprise.” 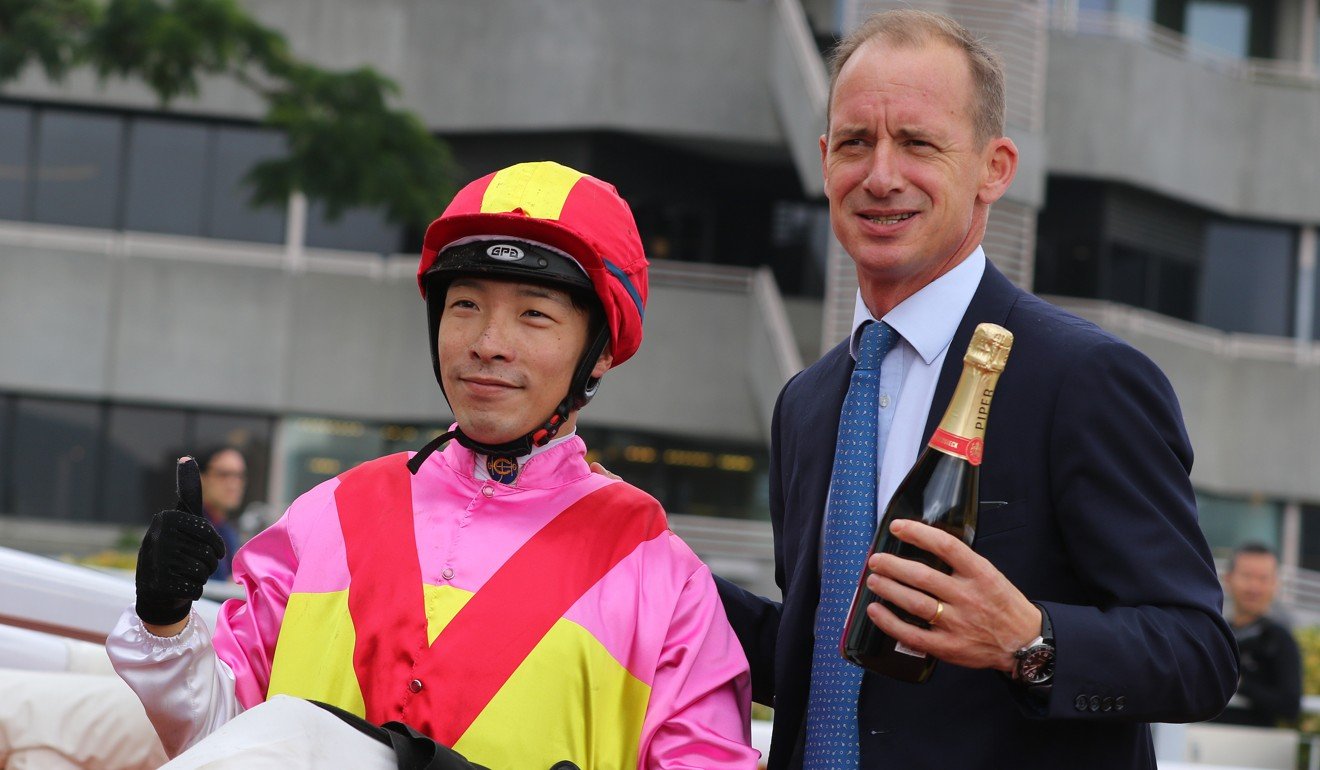 Jumping from barrier 13, So was able to position Sunshine Universe ($16) on the outside rail where he sat behind the speed before quickening with 200m to go.

Despite So’s handy work on Sunshine Universe, stewards were quick to bring him crashing down to earth, dishing out a three-meeting suspension for his ride on Whistle Up, where he was found to have significantly hampered the run of other horses in the race on his way to finishing second.