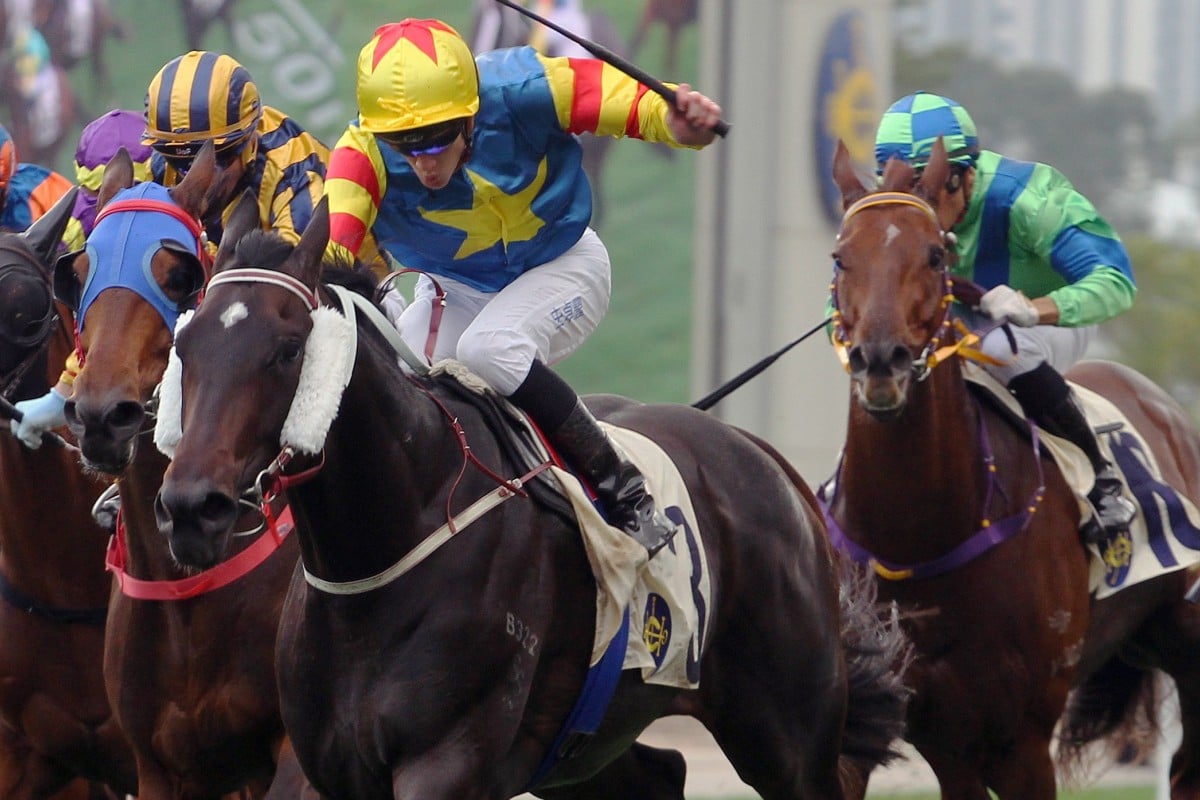 An out-of-luck Chad Schofield could not have picked a better day to turn his fortunes around.

The talented jockey had endured a six-week drought in the saddle before he booted home $28 outsider Smart Rocket in front of a bumper crowd celebrating the Lunar New Year at Sha Tin.

The win came from an unlikely ally in trainer John Moore, who Schofield had not ridden a winner for since October 2016, and could increase his stocks with trainers and owners, with the meeting often seen as a springboard to a fortunate year ahead.

While on that occasion they defeated subsequent Group One winner Pakistan Star with Mr Bogarts in Class Two company, it was only Class Five grade this time around, but the win meant just as much. “It was good, I have had a bit of a quiet run but it is good to get a winner, especially for Mr Moore,” he said.

Schofield will now find himself on the sidelines for two meetings due to an earlier suspension, but said he is ready to step up and fill the void set to be left by departing jockeys Silvestre de Sousa, Douglas Whyte and Alexis Badel when he returns later this month.

“It’s a bit of a merry-go-round at the best of times but coming up there is some big change in the riders ranks here so you have to keep working and keep trying to be on the right horses at the right time and get things working your way,” he said.

“It is a shame I am going away for a suspension now but hopefully when I get back I can keep it going.”

Smart Rocket finds a bit of thrust for a first career win . And that brings a rare @SchofieldChad success for the John Moore stable #HKracing
pic.twitter.com/Z0nw11pG5Y

With 18 winners under his belt, Schofield can still lay claim to being among the best riders in Hong Kong, but he has had a frustrating season, losing the support of trainer Tony Millard for whom he rode the likes of Elusive State and Singapore Sling.

His suspension will also see him unseated from Moore’s Derby hope Easy Go Easy Win, with Australian Tommy Berry booked to ride in the Classic Cup next week during his hit-and-run mission.

In the middle of his fourth season in Hong Kong, Schofield has come to know the ebbs and flows that come with riding in such a competitive jurisdiction, however said it was how you react in the situation that will determine your outcome.

“It happens to all jockeys in Hong Kong, it is part of the racing here, you just have to keep pushing through it, momentum is everything,” he said.

“As soon as you can turn it around and get going, things start falling your way again.” With the win coming in Class Five, Schofield was confident the three-year-old Smart Rocket would not be spending much more time in the grade.

The son of Smart Missile has had just seven starts and is part of a crop of young horses in Moore’s yard.

“He is actually a nice horse who had dropped from Class Four,” he said. “He’s only a three-year-old and is lightly raced so it was good to see him put it all together, he will go back into Class Four now so he needs to do it again.”