Trainer Tony Millard summed up the thoughts of many after the barnstorming win by Super Star at Sha Tin on Sunday where Silvestre de Sousa lifted the four-year-old to an unlikely victory.

“What a jockey,” Millard said.

With the Brazilian departing Hong Kong next week to take up a retainer in Europe, a huge gap is going to be left in the jockeys’ room, with the win marking De Sousa’s 42nd of his short-term stint. 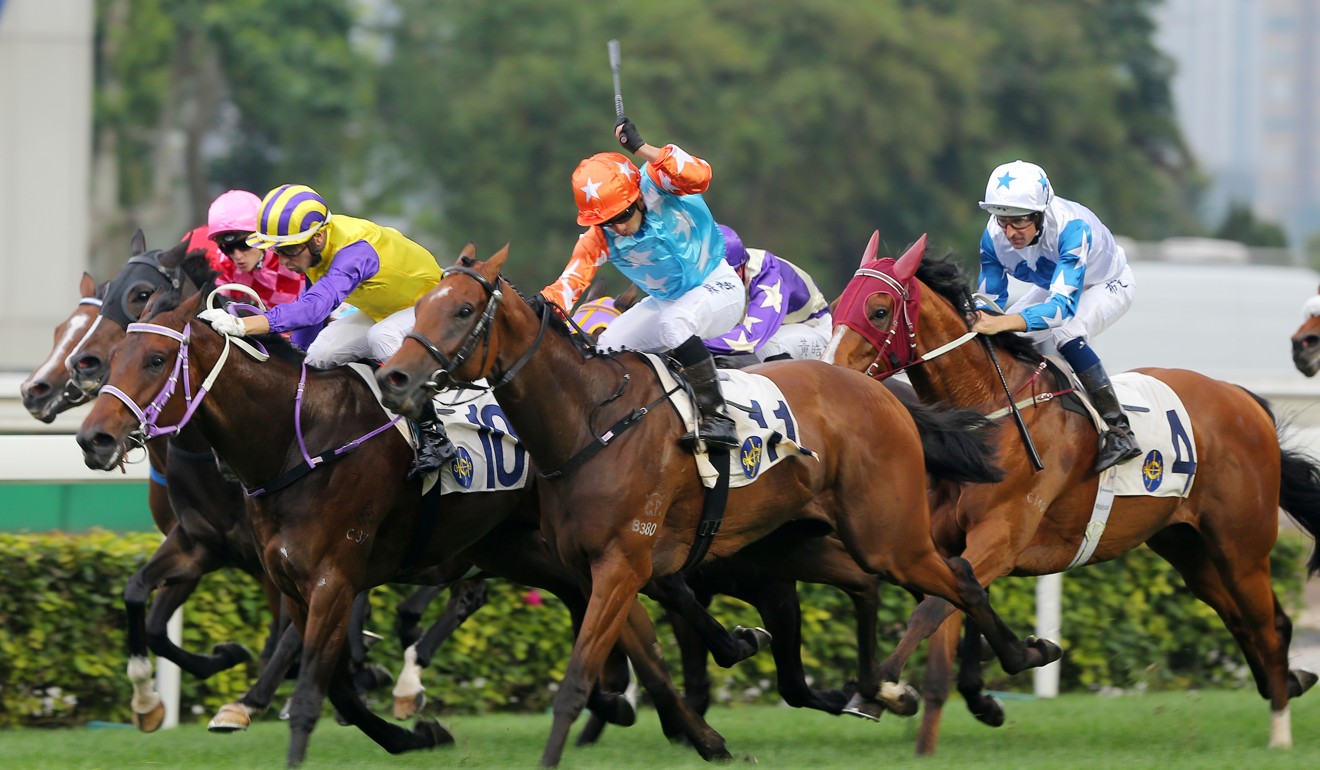 Millard will feel the effects of his departure more than most with the duo teaming up for seven wins and 14 placings in their 26 runners together.

“We are really going to miss him,” Millard said.

De Sousa has three meetings remaining in his contract, which was extended by a month in February, after desperate attempts by the Jockey Club to entice him to stay for the remainder of the season.

The horse looks to be one to watch in the future after his win in the Class Three Luger Handicap (1,400m) which saw him come from last and get blocked for a clear run in the straight.

De Sousa, however, was able to rattle home and mow down short-priced favourite Invincible Missile, who was posted three-wide without cover under jockey Joao Moreira.

“The horse is a lovely horse, there isn’t a hell of a lot of him. I did contemplate taking him up to Conghua but I didn’t think that the journey up there would be good for him because he is very thin, a very light horse,” Millard said.

“It doesn’t matter what he does this year, next year he will be better once he develops more.

Victor Wong Chun has escaped serious injury after a nasty fall in the fourth race on Sunday.

His mount Delight Express clipped heels and knuckled, sending the apprentice tumbling to the turf.

The apprentice was conscious but there were concerns about his arm and hip, so he was sent to undergo scans at the Prince Of Wales Hospital. He was cleared of any fractures and remained under observation as a precaution. 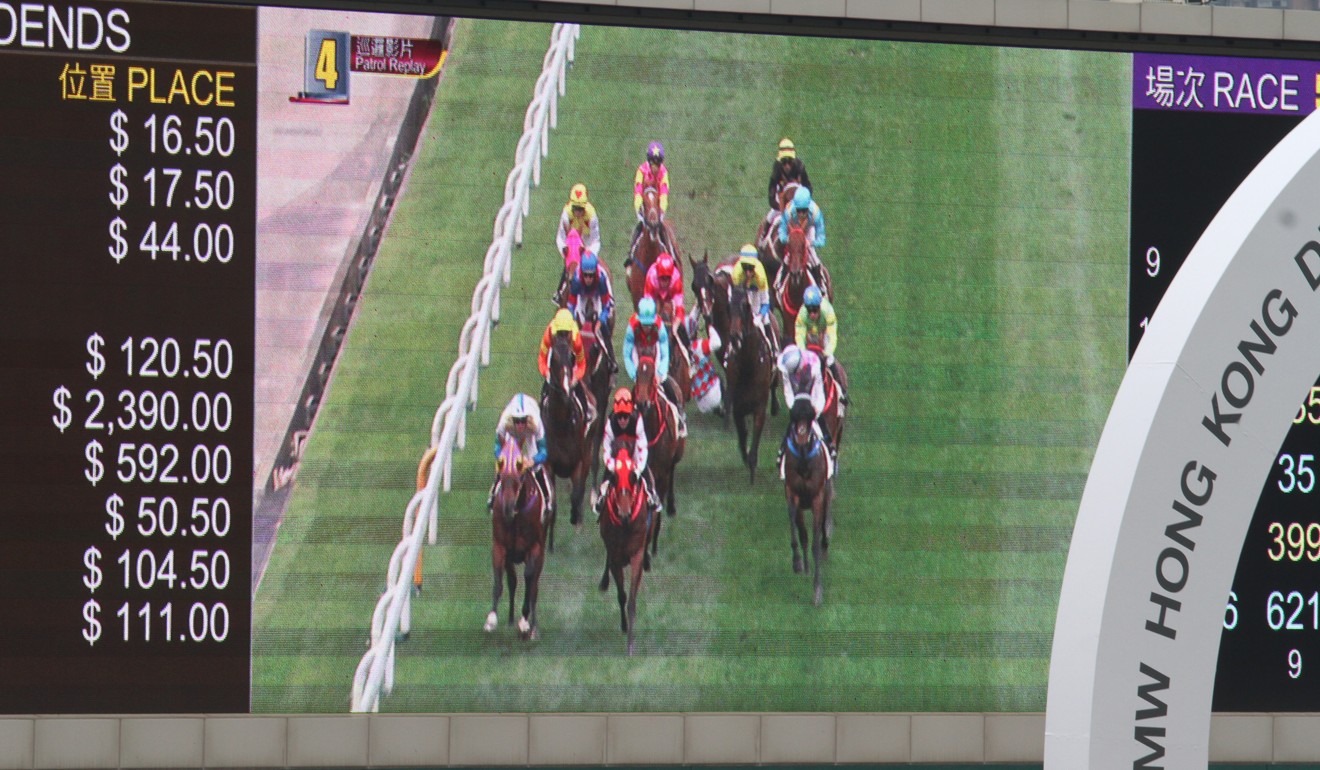 Wong, who has collected three wins this month, had to forego his remaining rides on Care Free Prince, Ugly Warrior and Happy Force.

So dines out on Croissant

After carrying the weight of expectation as one of legendary jockey Douglas Whyte’s last rides on debut last month, the three-year-old raced clear to win in his second start at Sha Tin.

Post race, So admitted he would have been disappointed if the horse had not won, even with the burden of barrier 13. 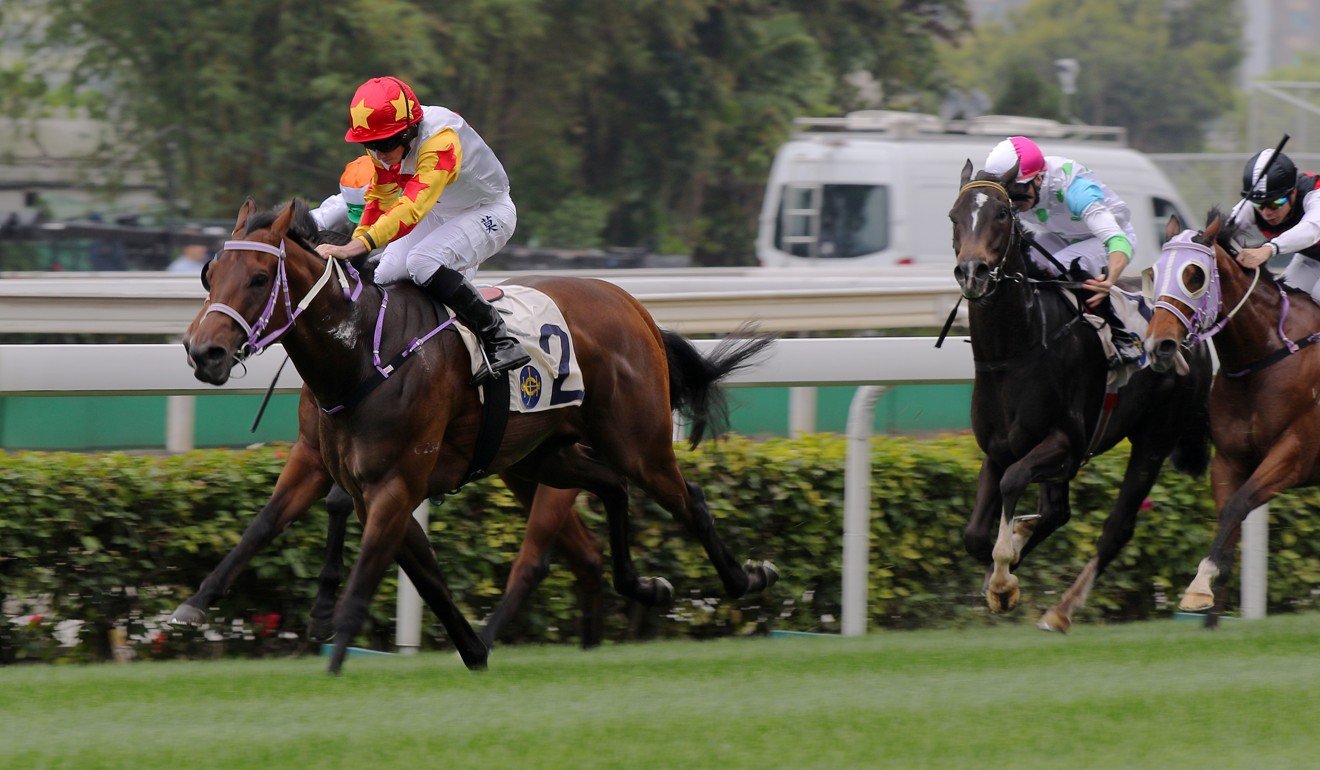 “I honestly would have been disappointed if he didn’t win, just the tricky draw was the concern and Frankie [Lor’s] horse Flying Victory,” So said. “I was worried about that [being wide], I told the owner he had a good chance but it was just a tricky draw.”

The win was one of two for Englishman Ryan Moore, who made a flying visit to Hong Kong for the day after securing the ride on the John Size-trained Enrichment in the Derby.

While Enrichment ran near last, Moore ensured his trip was worthwhile, also booting home a winner on Charizard in the Class Four Super Satin Handicap. 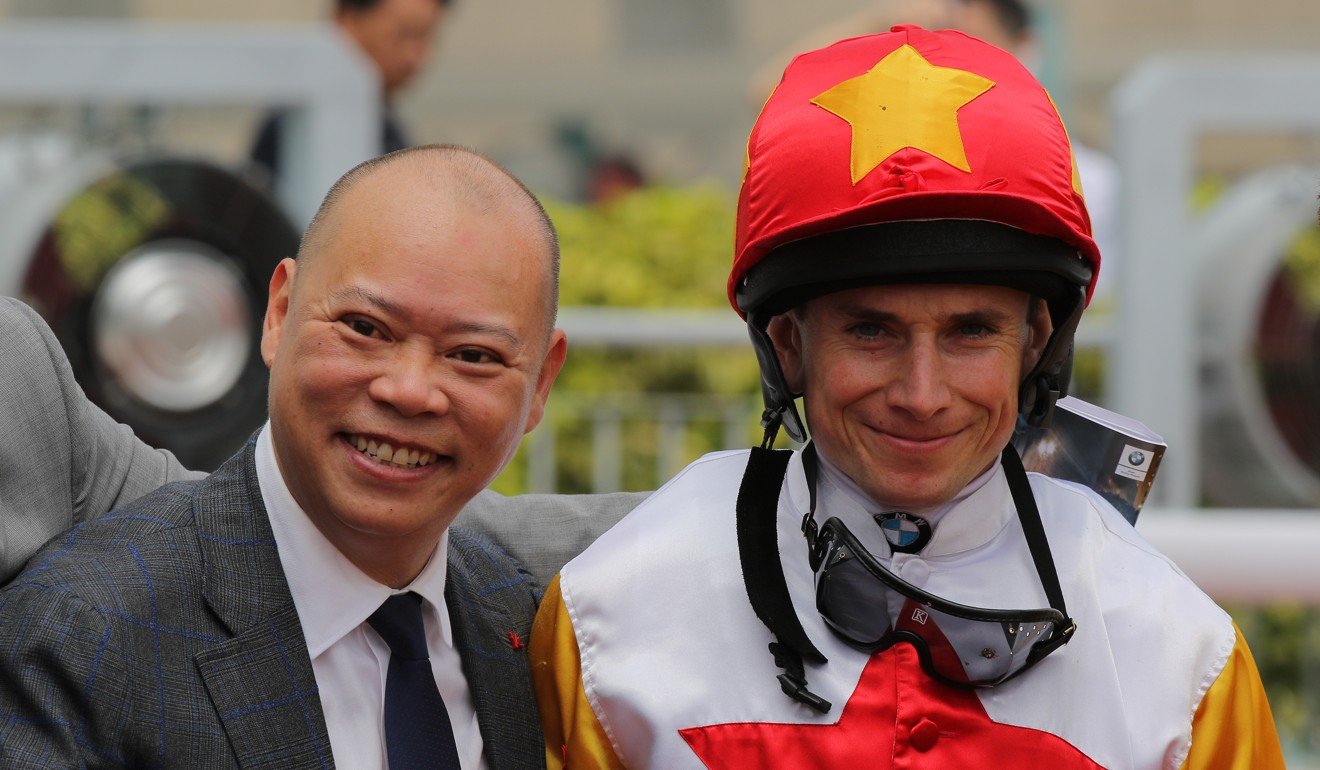 So, who was stoked to be able to book the top-class jockey on his horse, said the ride would have been Craig Williams’ had he booked the Australian to ride his Derby hope Tianchi Monster earlier.

“I knew Zac [Purton] was very busy and a lot of visiting jockeys coming. I confirmed with Ryan, before I confirmed the Derby ride with Craig [Williams],” he said.

“I invited him to come over but I had already booked Ryan to ride and he did a good job.”

Artist goes to auction for Angland

Support for Tye Angland keeps coming after the owner of multiple Group One winner Trapeze Artist announced he would auction a service to his star sprinter in May, with all proceeds going to the injured jockey’s family.

Angland, who is now a quadriplegic as a result of a fall at Sha Tin in November, rode Trapeze Artist to victory in three Group Ones – the Golden Rose, TJ Smith Stakes and All Aged Stakes – and Bert Vieira was keen to help out.

Jockey Blake Shinn dedicates his win in the G1 Canterbury Stakes to TRAPEZE ARTIST's former jockey, Tye Angland, who has been declared a quadriplegic after a fall in Hong Kong last November.

“I’m very proud Tye rode Trapeze Artist for us and did such a wonderful job with the horse,” Vieira said.

“What happened to him with the fall and the affect that will have long-term on his young family, this is just a little thank you from the Vieira family.”

Trapeze Artist will stand at Widden Stud for a fee of around A$60,000.

Beauty Only, the 2016 Hong Kong Mile winner, has been retired.

Connections of the Tony Cruz-trained eight-year-old made the decision this week after a sterling career in which he won eight of his 47 Hong Kong starts, while placing on 12 occasions.

Before making the move to Sha Tin, the son of Holy Roman Emperor was trained by Stafano Botti in Italy, winning three of his four starts including the Group Three Premio Guido Berardelli. 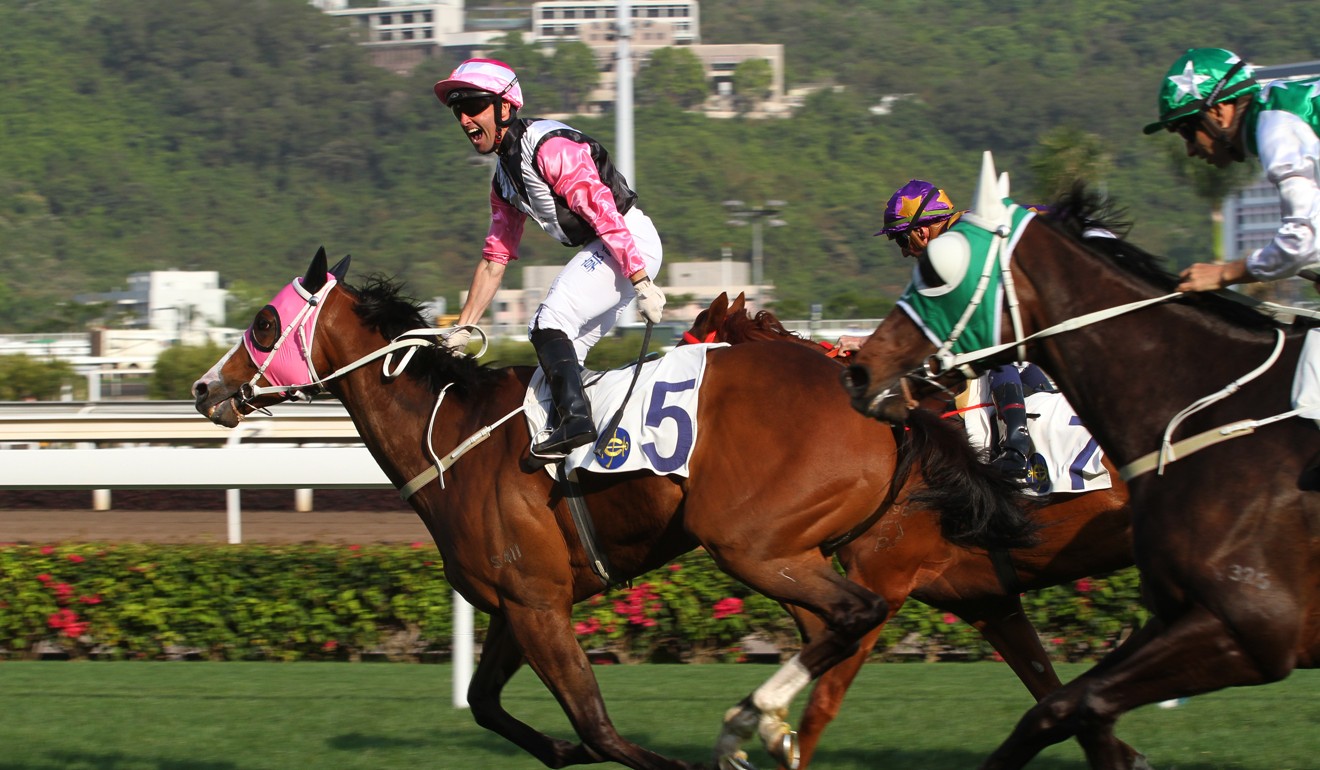 Once in Hong Kong, he won the 2015 Classic Mile before adding three Group Twos with the highlight being his victory in the Hong Kong Mile the following year.

Beauty Only was still competitive early in the season, finishing third in the Group Two Jockey Club Mile and fourth in the Hong Kong Mile, but he suffered a left front fetlock injury after the Queen’s Silver Jubilee Cup last start and the Kwok family decided he had done enough.

“Beauty Only, what a champion, what a horse,” jockey Neil Callan tweeted. “It was a pleasure, thank you.” 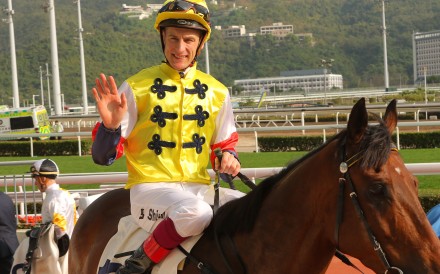 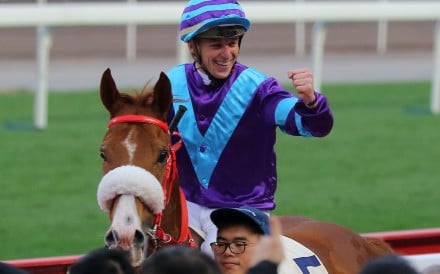 The Inside Word
Piccone lands first winner: ‘before today I liked Hong Kong, now I love it’