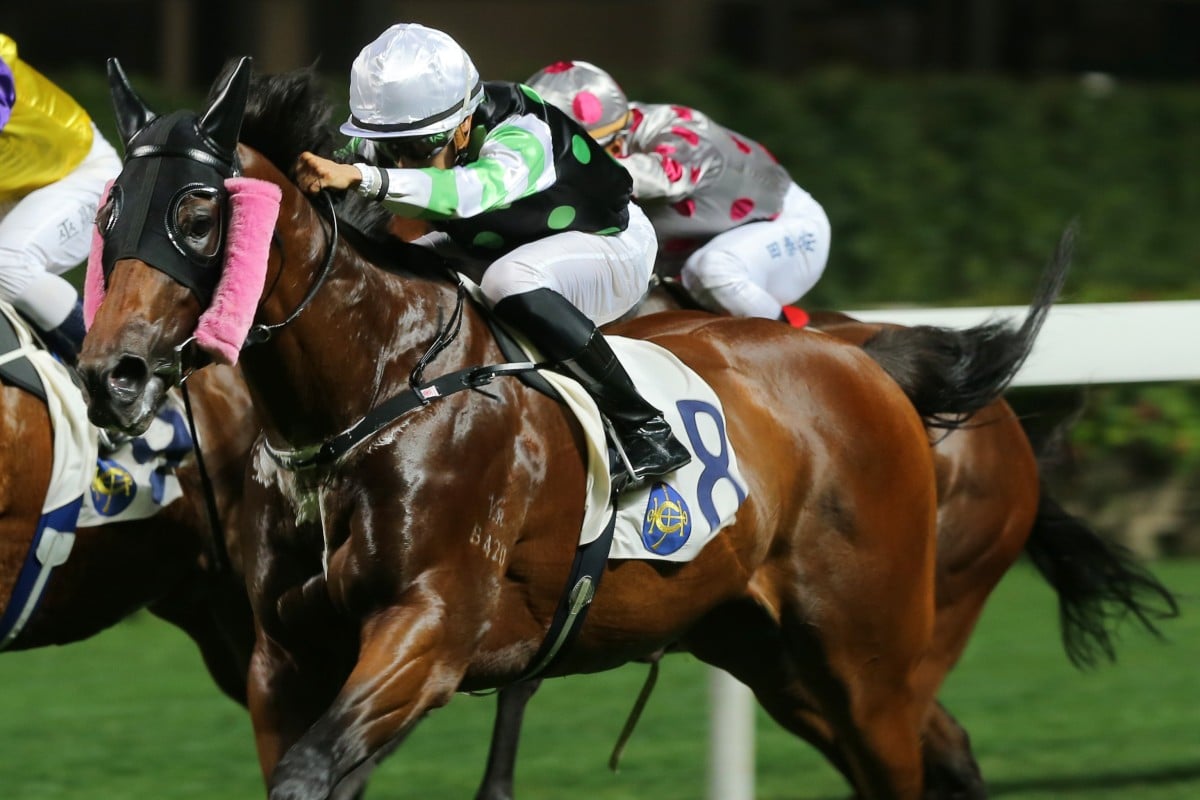 Vincent Ho punches out This Is Class at Happy Valley on Wednesday night. Photos: Kenneth Chan

Francis Lui Kin-wai and Vincent Ho Chak-yiu continued their prolific partnership at Happy Valley on Wednesday night, combining for two winners to take their season tally as a pairing to 15.

They first struck with This Is Class in the Class Four Mount Butler Handicap (1,200m) and capped off a fruitful night with Racing Luck’s win in the Class Three Siu Ma Shan Handicap (1,650m).

Ho has ridden all but three of Lui’s winners this season and the pair are striking at an impressive 16 per cent from the 95 times they have teamed up, with Lui confident there are plenty more winners to come.

“He’s still got room to improve, he’s still young and once he’s got more experience he can improve even more,” Lui said of the 28-year-old. “He tries hard, I like him.” 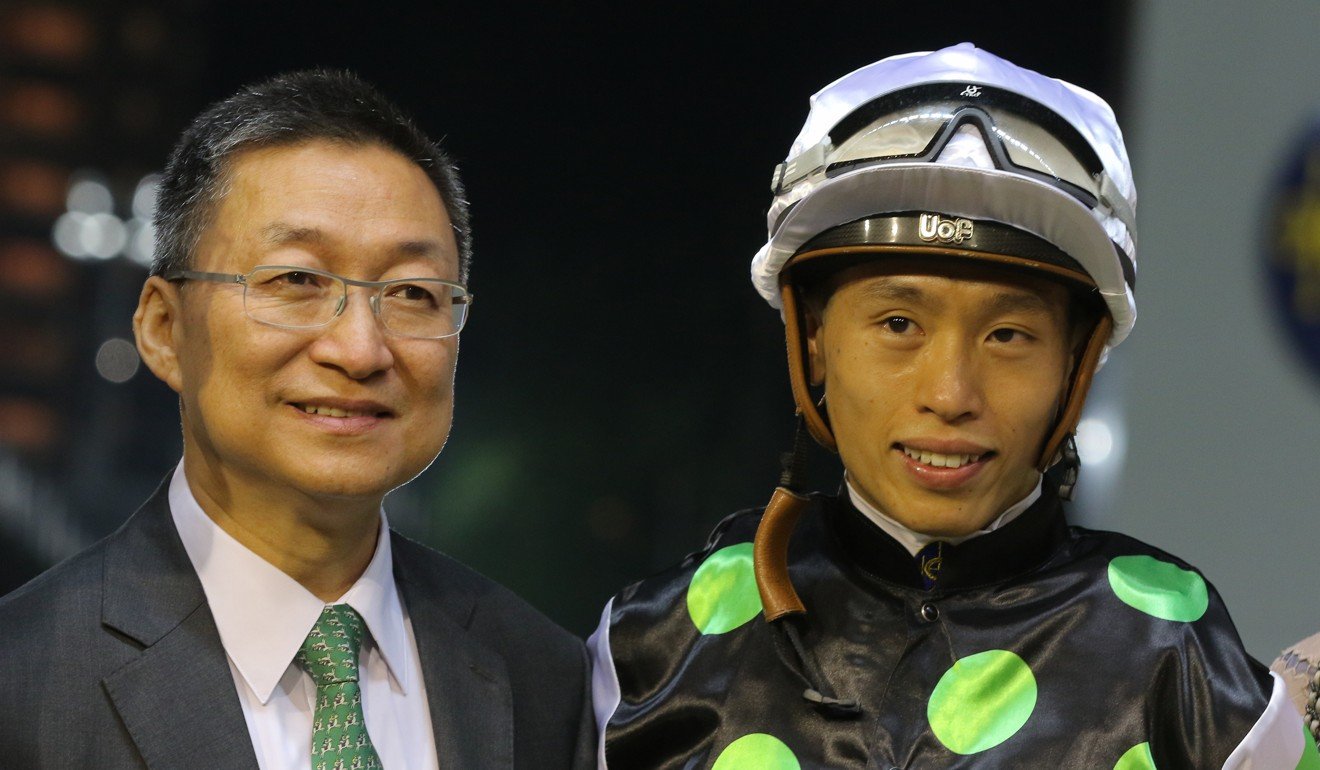 This Is Class notched his first win at start number five, surprising Lui with the way he took to the Happy Valley track at his first outing.

“I’m a little bit surprised because he has never been here,” Lui said. “I think he is more settled here. At Sha Tin he is more excited. He likes the short straight.”

Ho walked away with a treble on the night – his best return since he booted home four winners in an afternoon at Sha Tin last October – after also saluting on the Caspar Fownes-trained Royal Racer in the Class Four D’Aguilar Peak Handicap (1,650m).

Hard on the heels of the Fownes pair, Vincent Ho bags a double of his own as progressive This Is Class subdues 2.4 favourite Bullish Brother in R3. Ho and winning handler Francis Lui have been a potent combination all season. #HKracing pic.twitter.com/ZFcuBYjVic

“Thanks to Francis, he trusts me and supports me. I have a great relationship with him,” Ho said after taking his tally to 36 wins for the season.

“When I work the horses, I will discuss what the horse is like and he will try to adjust accordingly. A lot of the time he trusts me and lets me perform in the race, that brings the best out of the horse.

“I wasn’t expecting too much, I knew my horses were better than Sunday but I didn’t expect to have three winners, but maybe in the first race I should have won as well,” he added about his treble.

Fownes was another trainer to have two winners after taking out the first event with Chaparral Star, giving him a nice boost ahead of Southern Legend’s run in the Group One Dubai Turf (1,800m) on Saturday.

Vincent Ho's breakthrough season shows no sign of losing momentum: Francis Lui's Racing Luck charges down the outer to win the Valley nightcap and give Ho his 36th success of the season. #HKracing pic.twitter.com/l4xZEnU7VI

“It’s nice to get a couple of winners, I’m very happy and hopefully the stable can get a bit of momentum up,” Fownes said from Dubai, praising Ho’s ride aboard Royal Racer.

“It was good for Vincent. He is riding very well, he gave it a gun ride, one out and one back. He’s riding at a different level this season.” 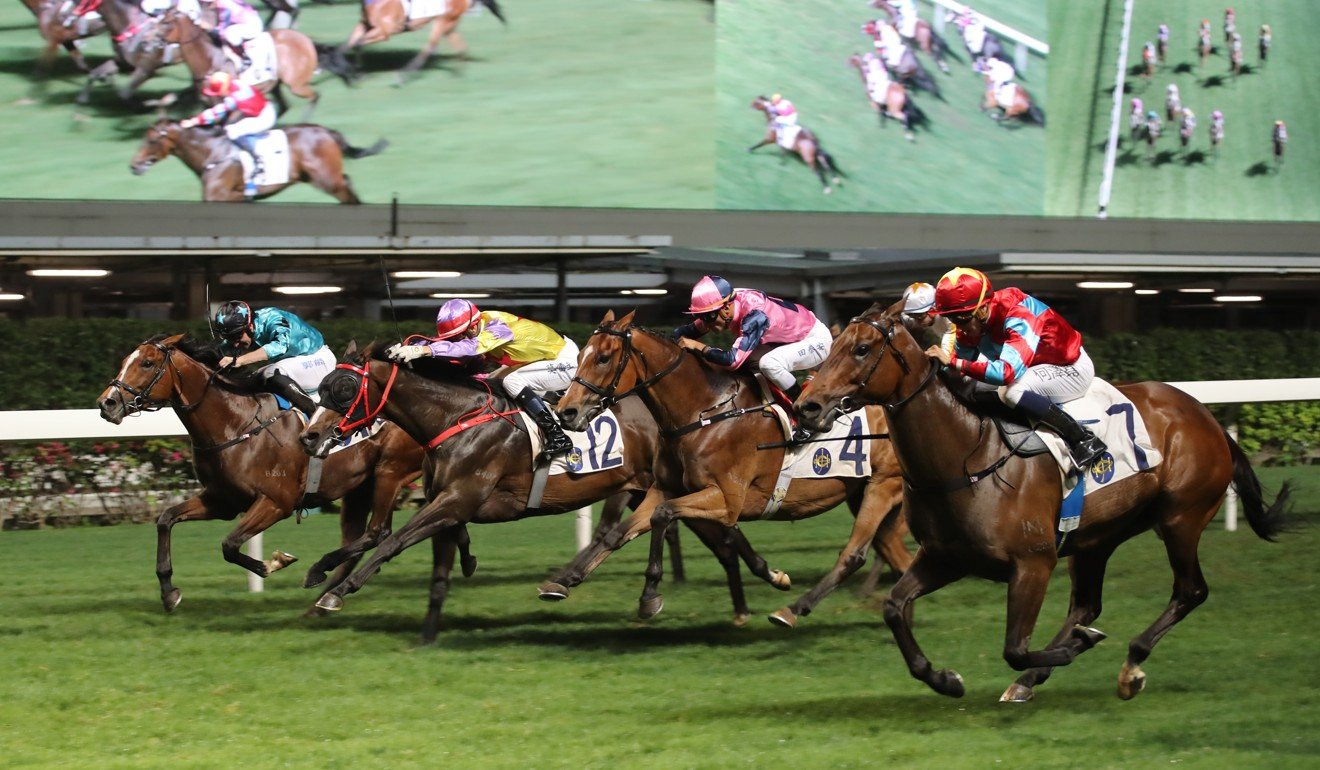 And the doubles didn’t stop there, with Zac Purton and Victor Wong Chun also snaring a pair of winners.

Wong saluted on Frankie Lor Fu-chuen’s Frustrated and also the Paul O’Sullivan-trained Moment Of Power in the Class Two Pottinger Peak Handicap (1,000m), with the apprentice reaching the 45-win mark that sees his claim trimmed from seven pounds to five.

Frankie Lor anything but Frustrated with talented youngster

Impressive three-year-old Frustrated continued his march up the ratings, making it two wins on the trot in the night’s feature, the Class Four Indian Recreation Club Challenge Cup (1,000m).

Easy pickings in R4 for Frankie Lor's Frustrated: The three-year-old brushes off a 9lb hike for a course and distance success in clinical fashion under Victor Wong and waves cheerio to Class 4 in the process. #HKracing pic.twitter.com/F69xjF2BhH

Purton ensured he remains in top form before racing to the airport to fly to Dubai, where he will ride Southern Legend, extracting a second successive victory out of the John Moore-trained Helene Charisma after the gelding took 27 starts to notch his first Hong Kong win.

The revitalised six-year-old posted a comfortable victory in the Class Three Mount Collinson Handicap (2,200m), with his time of 2:14.88 breaking the track record set by Happilababy in 2017. 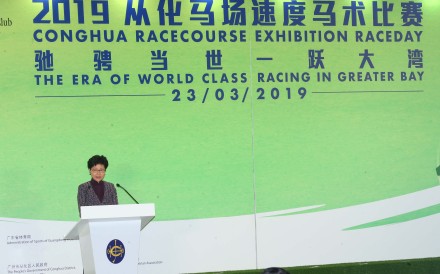 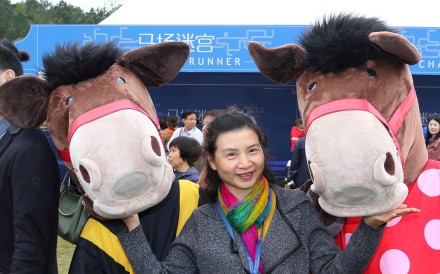 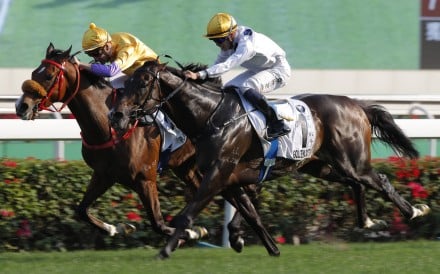 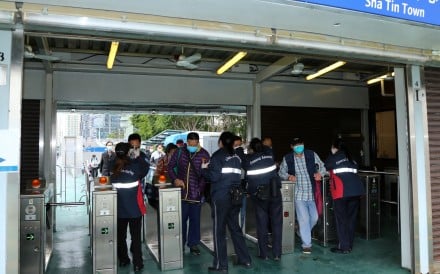