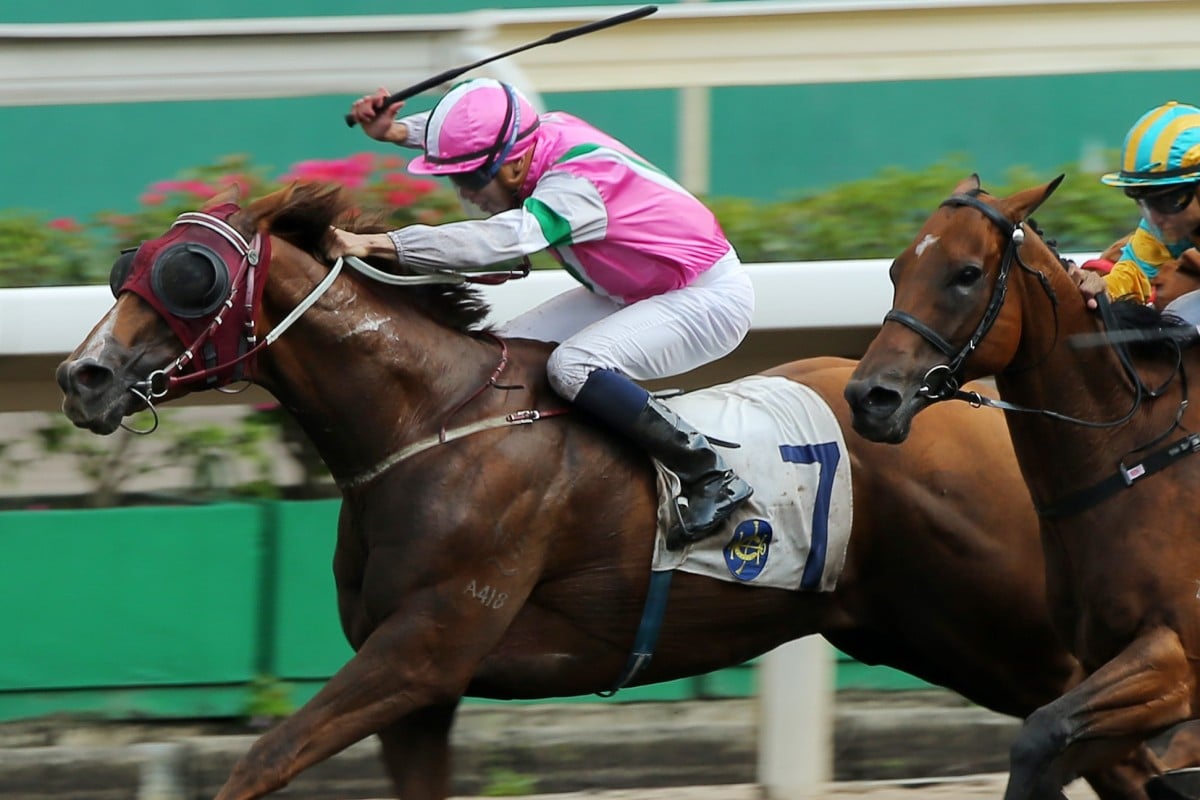 Fortune Booth (inside) gets home to win on the all-weather track at Sha Tin on Monday under jockey Vincent Ho. Photos: Kenneth Chan

Trainer John Moore was just happy to be back on dry land when his horse Fortune Booth won at Sha Tin on Monday after capsizing his fishing boat last week.

The legendary trainer was enjoying a holiday in Thailand when his boat was flipped over by a rogue wave, forcing him to swim around 100m back to shore.

Moore lived to tell the tale and was all smiles at Sha Tin on Monday after he was able to salvage his overturned boat. 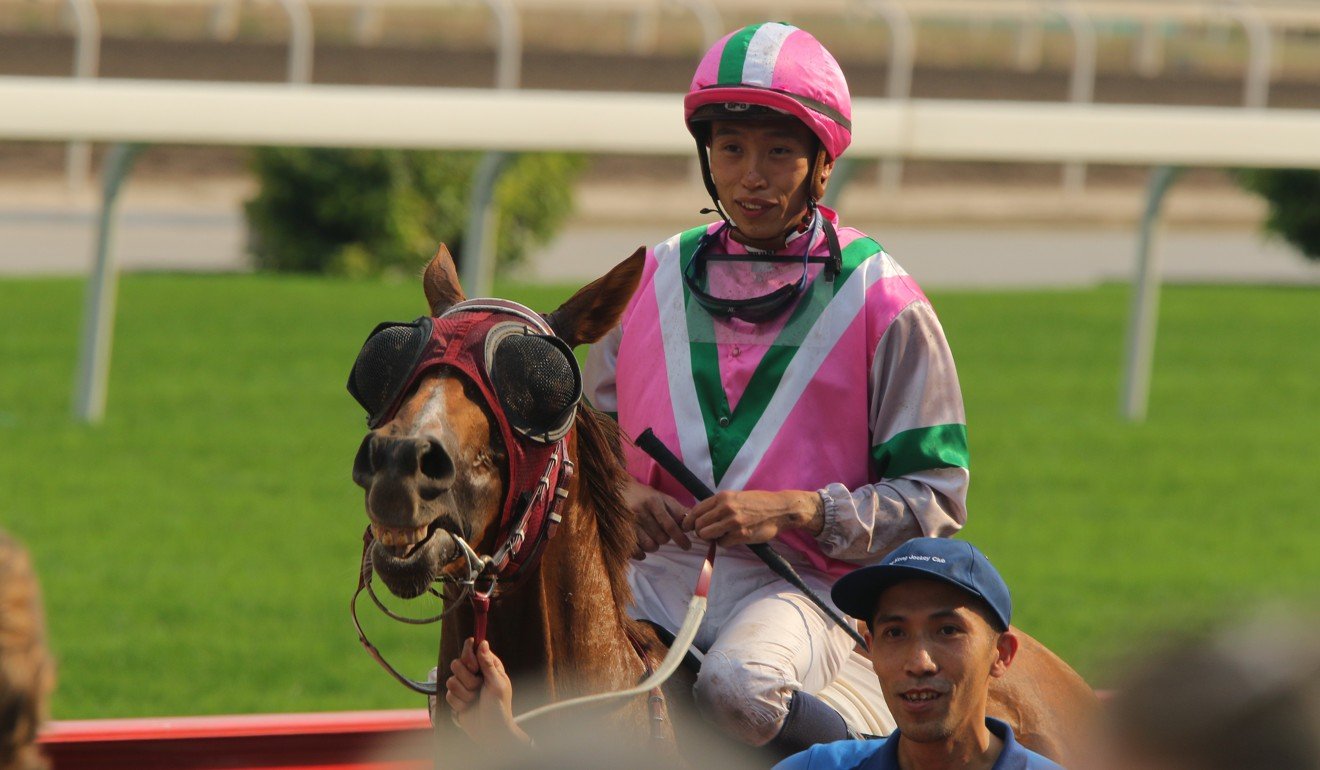 The five-year-old had been consistently improving under Moore since transferring from Michael Freedman’s stable earlier this season and delivered in spades on Monday.

After flashing home in the same grade on grass two weeks ago, Moore was inspired to try the More Than Ready gelding on the all-weather surface.

“Well there you go,” Moore said. “A More Than Ready out of a Galileo mare should be getting into this sort of ground so it’s very satisfying.”

Fortune Booth gets it done on the dirt! The John Moore-trained gelding powers to victory ahead of a resurgent High Five and Gunnison. #HKracing pic.twitter.com/YZusoDx09e

Despite known dirt specialists Gunnison ($4.3) and Ugly Warrior ($2.2) also in the race, Fortune Booth was well-found by punters, crunching his price late in betting.

“Many were of the opinion that maybe he wasn’t a dirt horse but somebody thought he was,” Moore said. “He went in from 9.1 to 6.7, somebody hopped into him.”

Fortune Booth jumped near last but Ho remained calm for most the trip, before rounding the field on the turn.

With 100m to run, it was just a two-horse race between Fortune Booth and eventual runner-up High Five ($48). 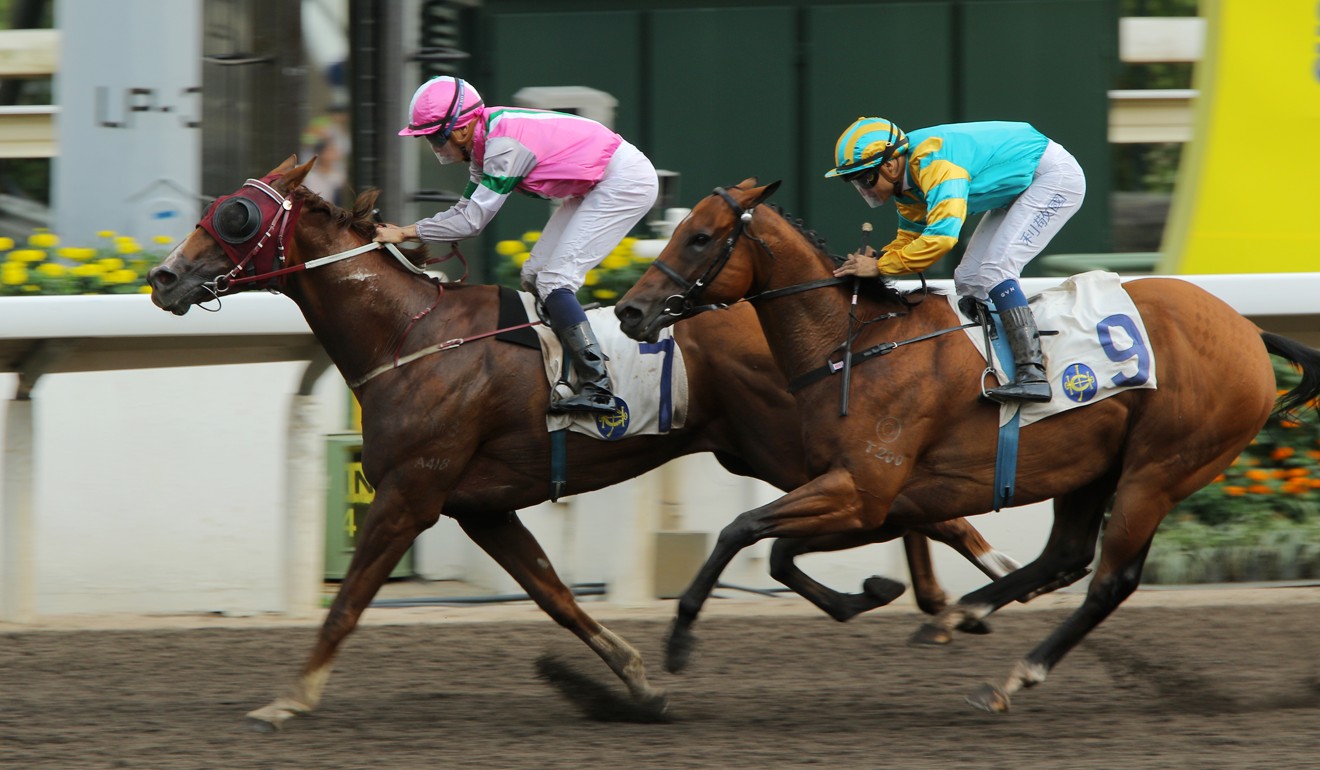 “He’s always a slow beginner and hits the line really strong so he lived up to his last run,” Moore said. “He does handle the dirt with the pacifiers and blinkers on. His last run gave us a very good indication that the horse was in form and he only had to handle the dirt today and he did, very well.”

Ho said the horse was not straightforward to ride but was aided by the strong pace, set by Big Time Baby.

“I had to push him all the way. I knew he had a good chance and I knew there would be some pace on,” he said.

“I got a nice run and he performed really well which is a credit to Mr Moore.

“He never is quick out of the gates and takes time to wind up, puts his head up and doesn’t want to let down but once you get him going he is fine and I knew he would be strong at the finish. 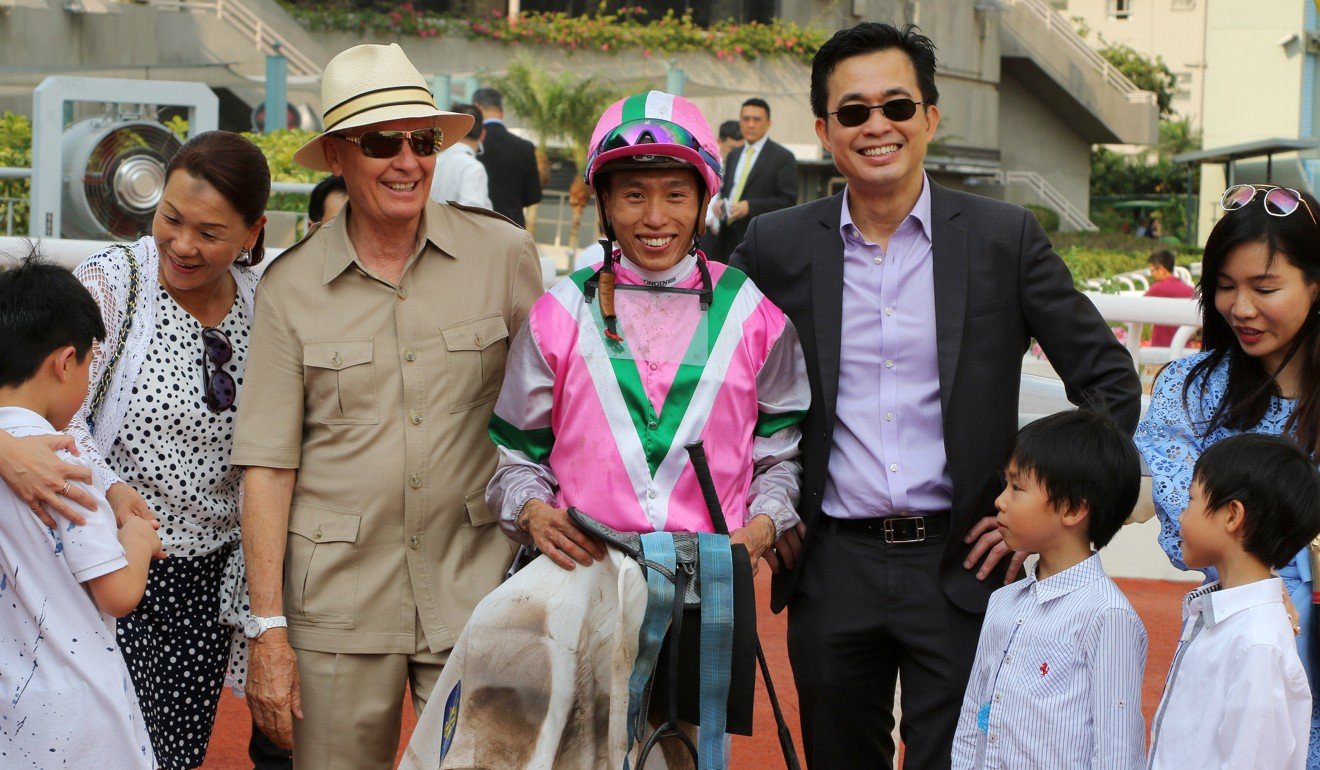 “When I pulled him out he just kicked really well.”

The win marked Ho’s 40th of the season, after he also stormed home from the rear of the field to win on the David Hall-trained London Hall earlier in the card.

Sitting behind only Zac Purton, Karis Teetan and Joao Moreira, Ho is the stand-out local jockey this season and is on track to win the Tony Cruz Award.

“I have just kept pushing the whole time and ride as well as possible,” Ho said.