That ride on High Rev sums up Zac Purton’s year. He is that much better than any jockey in Hong Kong at the moment – @Golden_Paddy_

Zac Purton is still an outside chance of reaching the all-time mark of 170 wins in a season, but record or not, his effort this term belongs in the pantheon of Hong Kong racing.

The Australian jockey has 166 winners from 670 rides entering Sunday’s final meeting, trailing Joao Moreira’s record from 2016-17 by four, but even if he falls short at Sha Tin, it is still one of the greatest seasons ever.

Purton has already shattered the record for most prize money earned in a term (his HK$233.4 million already HK$26 million more than the previous mark), while his seven Group One victories (from just 12 races) also stands alone. His partnership with superstar Beauty Generation is renowned worldwide. But aside from the raw numbers, what makes it so impressive is the degree of difficulty.

Purton is rarely able to ride below 120 pounds (he has had two winners at 119) – ruling out about a quarter of the horses in every race.

Even allowing for claiming one or two pounds over the allocated weight, there have been 160 winners who carried 118 pounds or less this season. Purton is not physically capable of riding any of them.

That natural weight disadvantage makes his winning strike rate of 24.78 per cent even more remarkable, as does the fact he doesn’t have the support from the (likely) championship-winning trainer John Size.

The two combined for five winners early in the season, before Moreira returned to Hong Kong from his failed Japan sojourn and became Size’s stable-retained rider in December.

Since then the four winners Purton has collected for Size has been when the Brazilian was suspended. How often does the champion jockey barely ride for the champion trainer?

Speaking of Moreira (who can ride at 115 pounds), he took all before him when winning three consecutive titles, but while his 2016-17 featured the record of 170 victories (from 714 rides at 23.8 per cent), a sweep of the four-year-old series with Rapper Dragon as well as his haul of eight winners in a day, his strike rate was actually better the season before.

But that is only the second highest strike rate from a rider in the professional era of Hong Kong racing (which started in 1971).

Gary Moore holds the best winning percentage for a champion jockey, collecting victories at an incredible 26.1 per cent (81 from 310) in the 1979-80 season.

His chief rival from that era, the legendary Tony Cruz, also boasts a season with a strike rate in excess of 20 per cent, collecting 57 winners from 268 rides (21.26 per cent) when collecting the first of six titles in 1978-79. 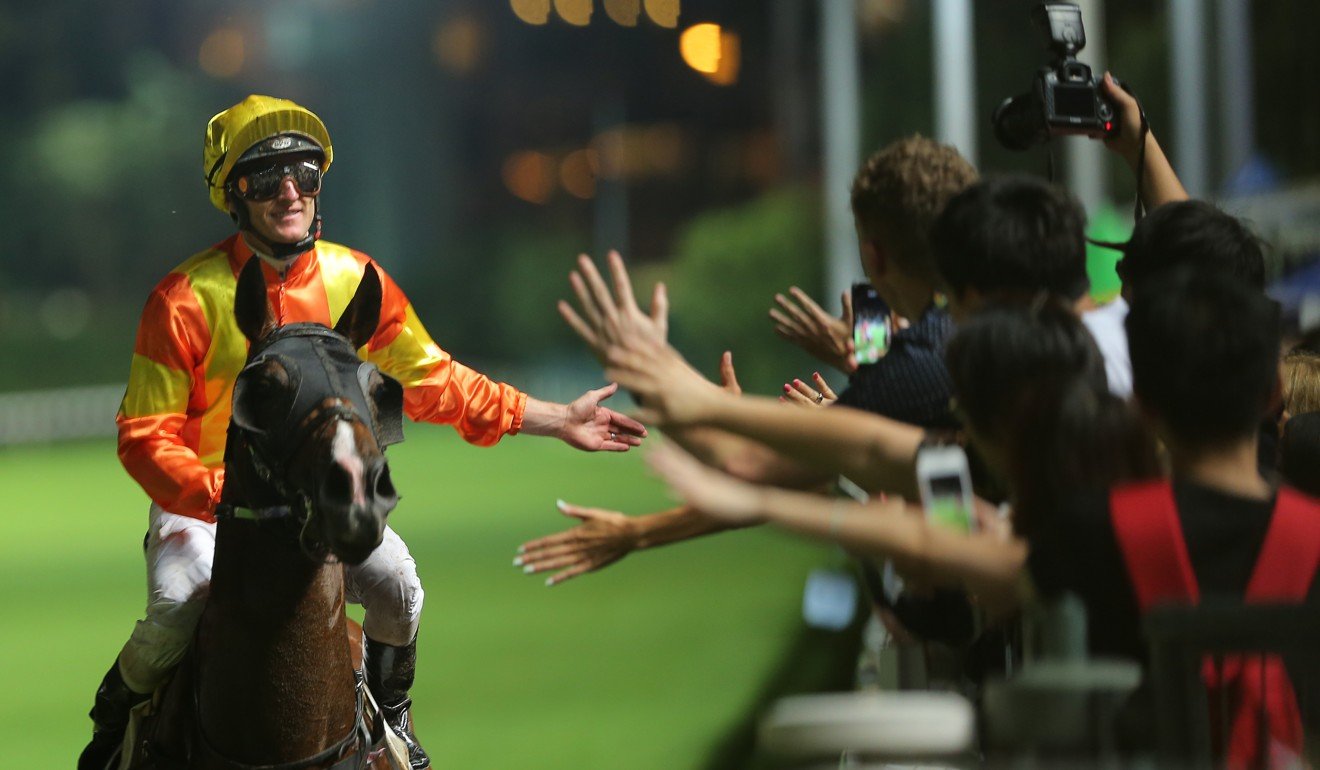 In fairness to the Durban Demon, the riding ranks in that period were probably the strongest they have ever been with the likes of Brett Prebble, Felix Coetzee, Darren Beadman, Gerald Mosse, Christophe Soumillon, Eric Saint-Martin, Glen Boss and even a young Purton (in his first Hong Kong season) all spending time at Sha Tin that season.

That level of depth may not be the same now, and there are certainly more races, but it shouldn’t take away from anything Purton has achieved.

When looking back at his career – this is the season Purton will think of and others will define him by.

He has made smart decisions more often than not both on and off the track, while his soft hands and judgment of pace is as good as anyone in the world. The 36-year-old is at the top of his game.

By any measure, Purton has produced one of the greatest seasons in the history of racing in this jurisdiction and it will be formalised on Sunday with the most emphatic of his three championship victories.

It ensures his name sits comfortably alongside the best to have ever graced Hong Kong.