The HK$3.7 billion racetrack receives largely positive reviews after its first season in operation as officials outline plans for the future 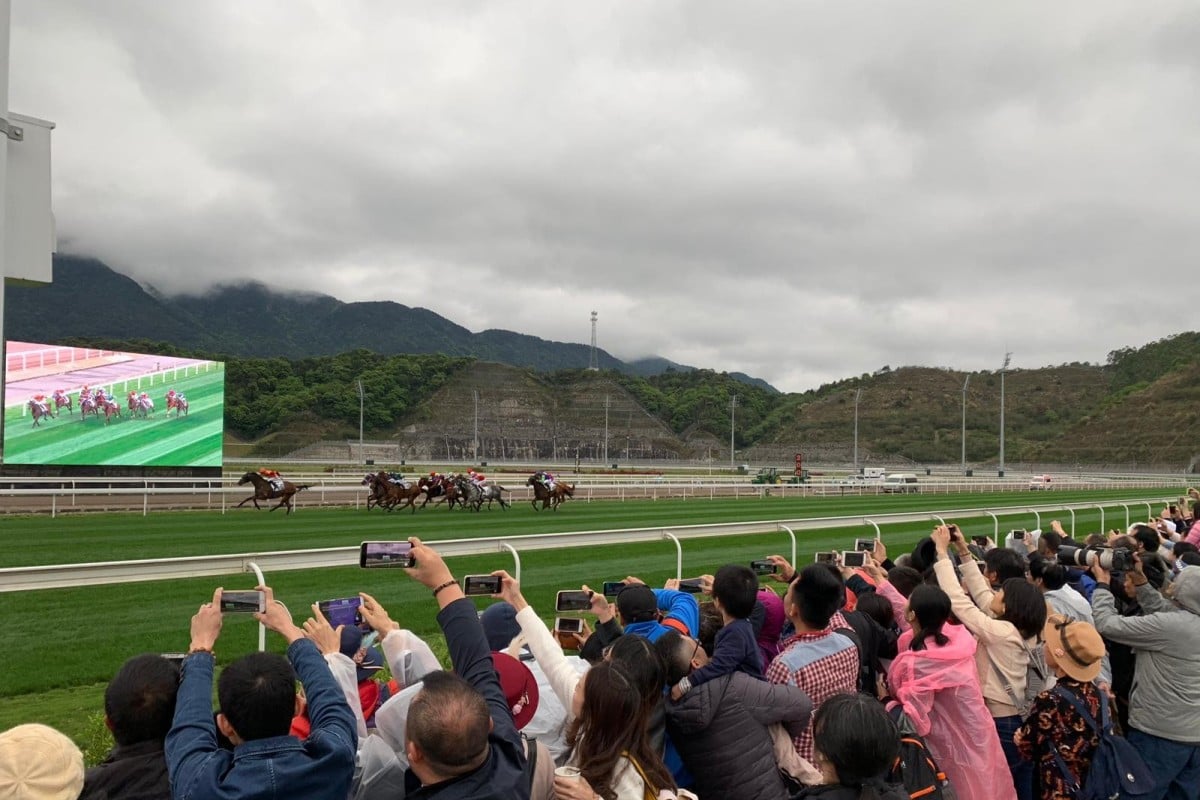 The statistics show horses trained in Conghua are producing above average performances and feedback from trainers has been largely positive after the club took a giant leap into the unknown by expanding its footprint into mainland China.

“The success story of this season for us is the successful implementation of Conghua,” Engelbrecht-Bresges said. “It’s not what I think, in the end it’s the horses and they tell you if they like it or not.

“To start up an operation in a different jurisdiction is very challenging. A horse training centre of this dimension where you have significant environmental considerations is a hell of a challenge.” 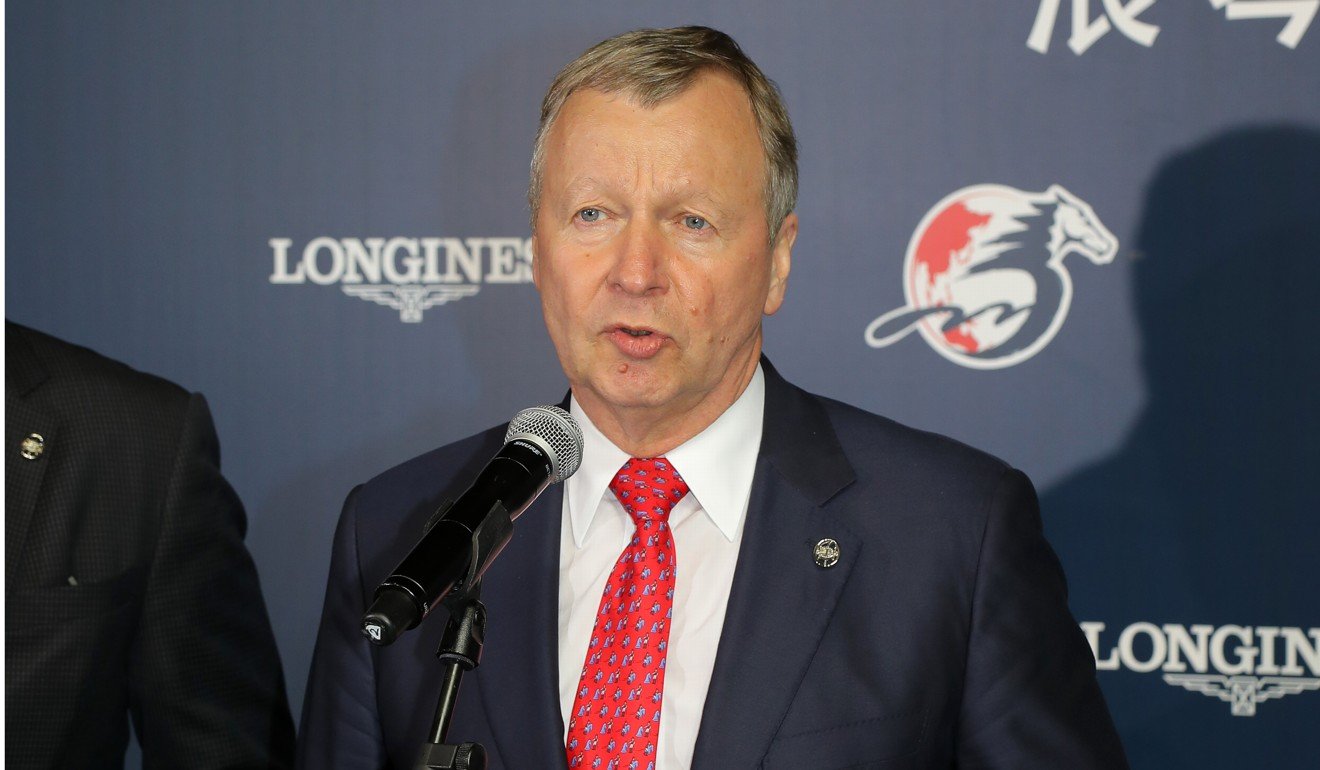 The nine trainers afforded boxes at Conghua in the initial intake have embraced the facility, with Paul O’Sullivan calling it “wonderful” and horses trained on the mainland since their last start winning 8.85 per cent of the time, compared to the overall strike rate of 8.33 per cent.

That improved to 9.64 per cent from December 2 through to the end of the season as trainers worked out how best to use the facility.

While Engelbrecht-Bresges admits the club initially expected trainers to use Conghua for “younger horses and horses being rehabilitated”, many quickly worked out the benefits of keeping horses there full-time and bringing them to Hong Kong to race.

“It’s been really good. We have had to change things around a little bit, everyone is learning,” O’Sullivan said. 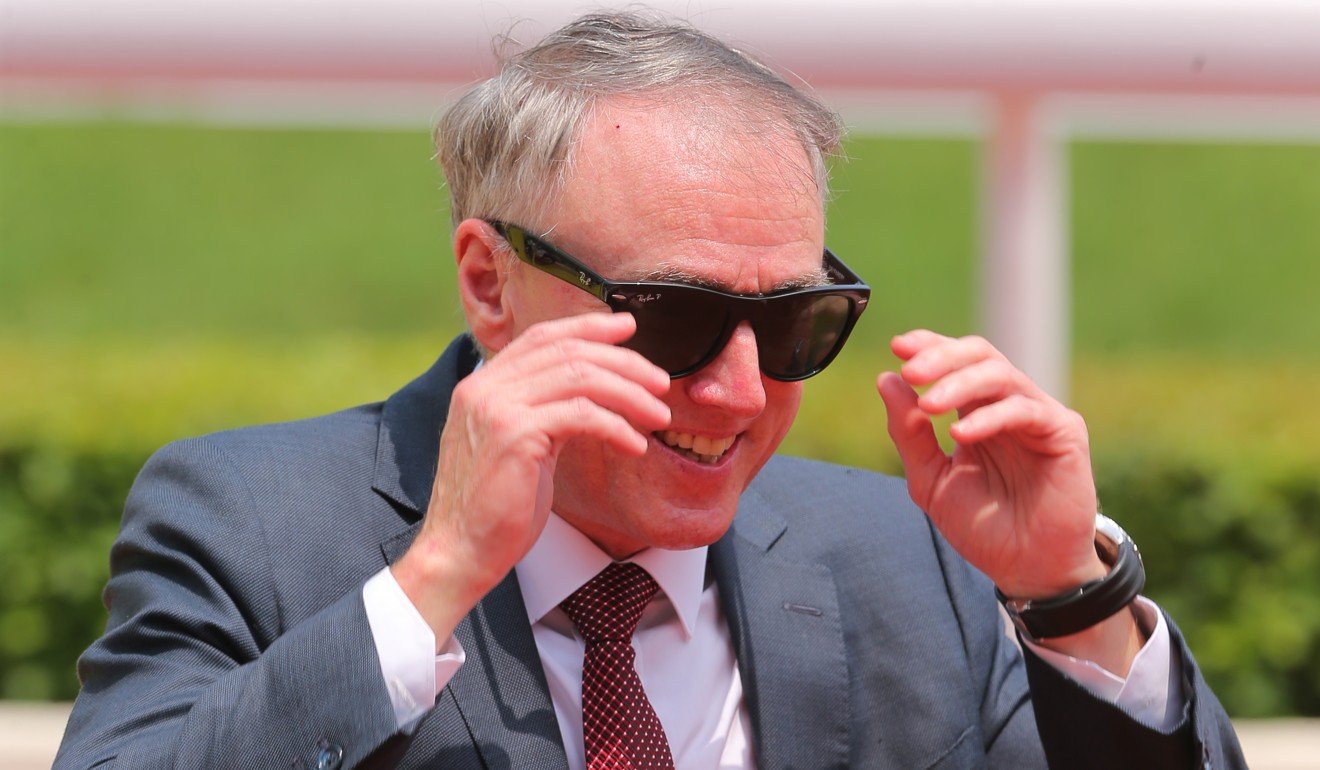 “Everybody is going to use it in a different way, I’ve chosen to race them out of there instead of just sending them up for a few months.

“There are some horses that you find very difficult to keep sound at Sha Tin, just the nature of the tracks – at Conghua the tracks are softer.

“You get up in the morning, you hear the birds singing and the horses are all so calm. It’s just a wonderful facility.”

The transition hasn’t been without its challenges, of course, and the club has been ironing out kinks throughout the season.

Transport between Conghua and Hong Kong created significant headaches, especially during Golden Week in October, with the club caught out when “customs just shut down” and ground movement to a halt. 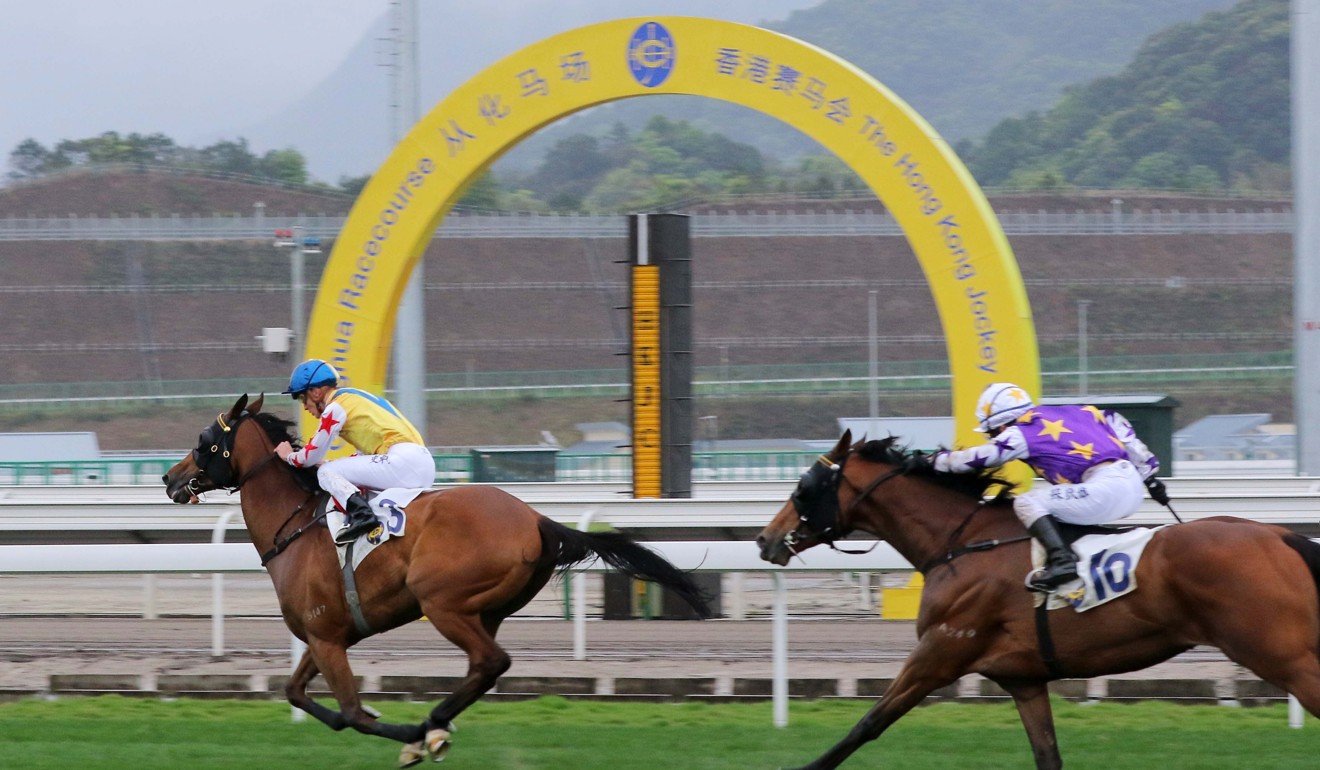 However, great strides have been made in ensuring horse movement will be as smooth as possible in future.

While moving horses across the border was a slow process early on, Jockey Club director or racing and business operations Bill Nader says communications with Chinese authorities have improved significantly.

“Now they’re working with us more collaboratively and I think they’re willing to go the extra yard to try to help us,” he said.

“Initially, the time required to submit the paperwork and complete the process was five business days and that was no good with the time of entries, declarations and moving horses. 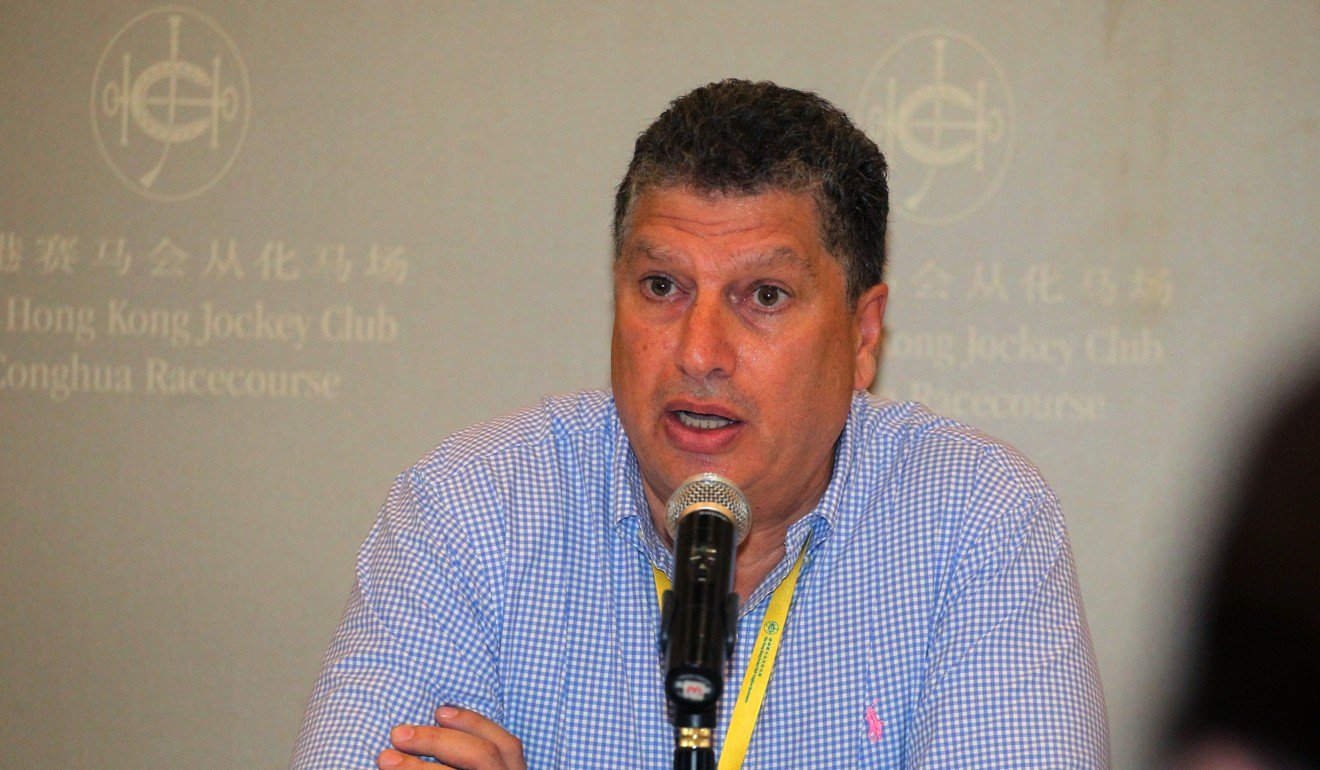 “So we’ve been able to really narrow the timeline on that to something that is a lot more functional – around two days.”

There has been some grumblings from trainers without access to Conghua, with David Ferraris in particular lamenting what he calls an uneven playing field.

“Absolutely, there is no question they have had an advantage this season,” Ferraris said. “They have grass whenever they want to, they have turf barrier trials more than we do, there is just no question. At the moment, the playing fields are not level.”

Four more trainers were allotted stables at Conghua towards the end of this season after an expression of interest was put out by the club, with Nader saying only one trainer who put his hand up at that time could not be accommodated.

The plan is to eventually house every trainer as the club looks to continue growing its horse population, but it won’t be rushing things. “One of the things we have to be careful about is making sure we don’t try to move too quickly because we want to make sure we have adequate staff trained up,” Nader said.

“It is critical from a quality control standpoint that we properly train staff, which takes several months and, in some cases, years to achieve.

“This is something we have stated from day one and there can be no compromise in this fundamental premise.

“The new facilities at Conghua and the newly trained staff are working well and we must stick to the plan. This is why the introduction of new dual-site trainers must take place in phases.”

The first official race meeting at Conghua in March was heralded a success – as well as a serious learning curve – and the fixture will be moved to October 26 for the 2019-20 season. 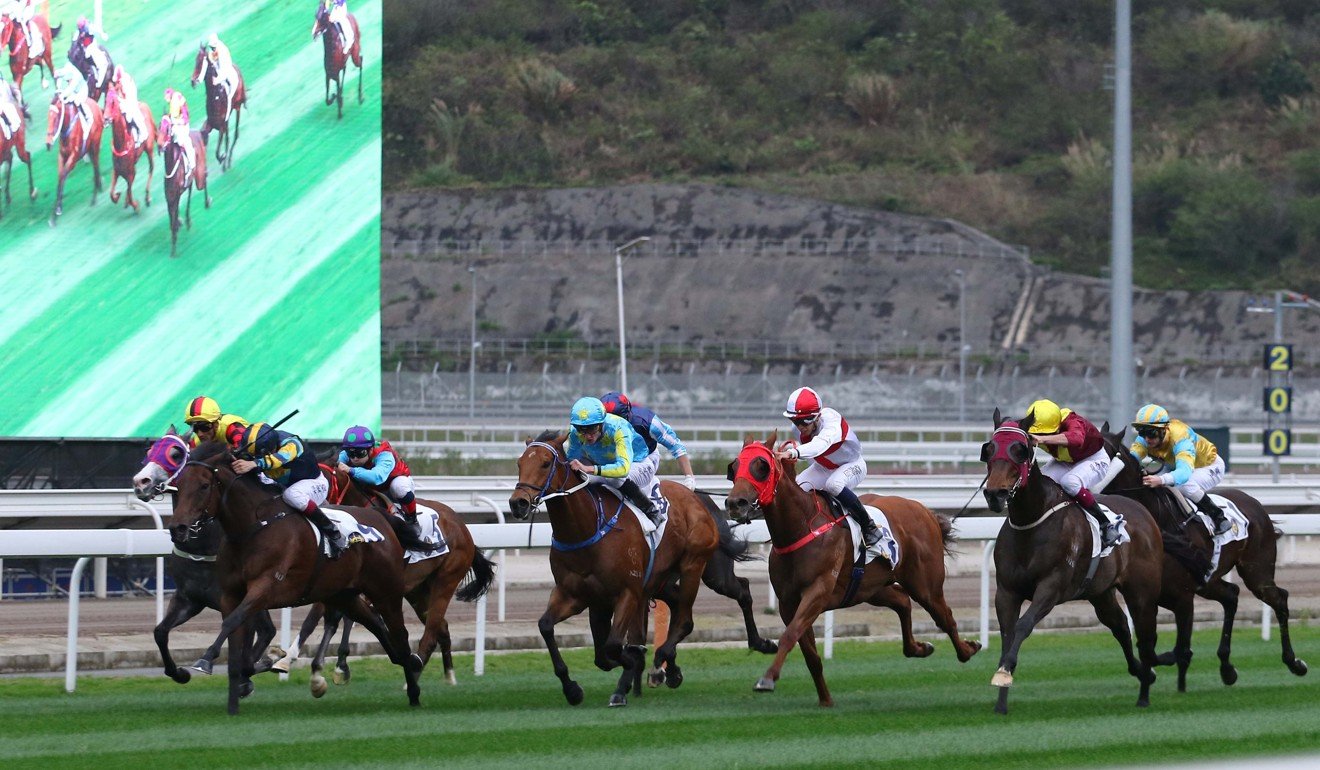 The shift avoids a busy March period that includes the Hong Kong Derby and the Dubai World Cup Carnival and should also minimise the chance of another rain-affected meeting.

“We are trying to find a date that gives the best chance to showcase the racecourse,” Nader said.

Looking forward, the club is confident it can continue to fine-tune operations as it looks to build on Conghua’s success now that it has allayed any fears about how the initiative would be received.

“We wanted to make sure we could get that foundation right this season and then build on that momentum,” Nader said.

“Sometimes people think the Olympic Stables, even though they are right on our grounds, are a disadvantage and one thing we didn’t want to see with Conghua is that same mindset. 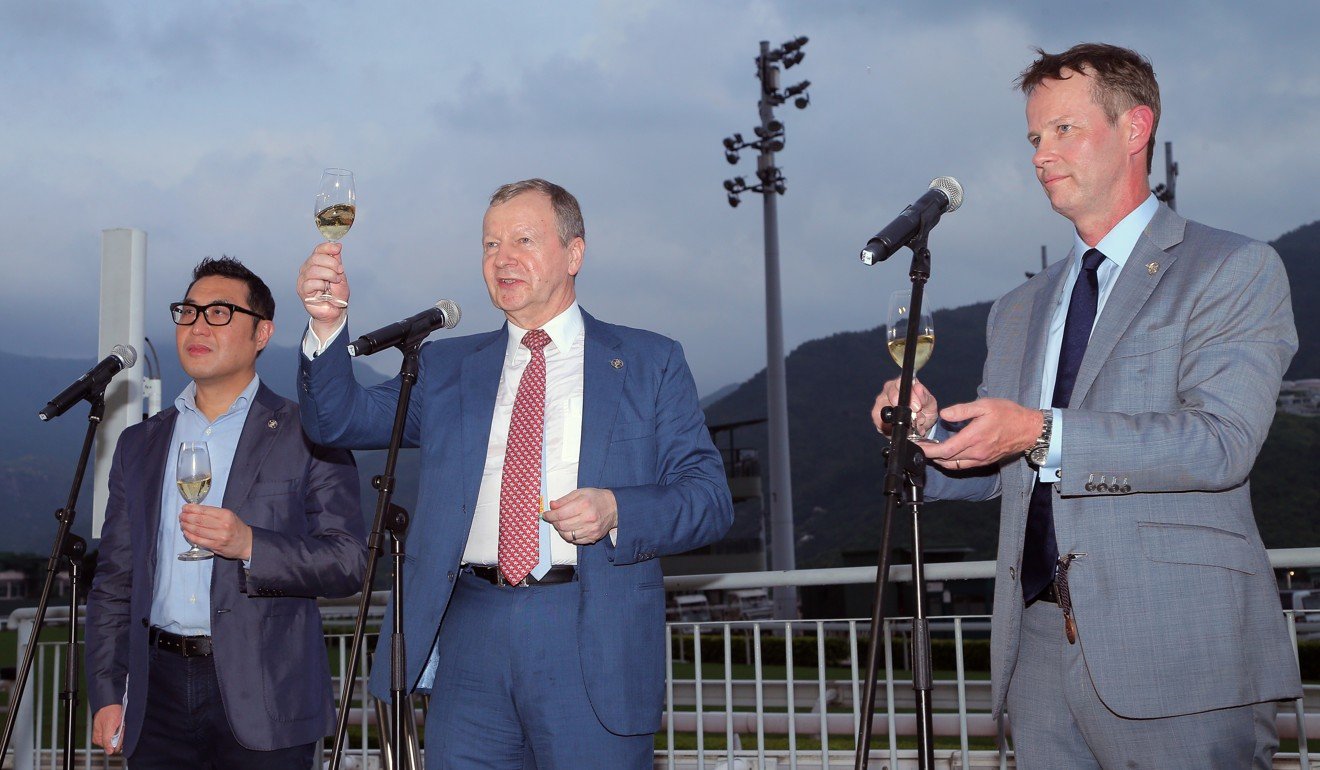 “That’s been the biggest positive of the season, that nobody questions the quality of the facilities and we have erased the fear of crossing the border and going into China.

“The next step will be building up the horse population and making sure the horse transport works seamlessly.”

For Engelbrecht-Bresges, the sky is the limit for what the facility can do for Hong Kong racing.

“It was a big, big bet. A real big bet. I’m convinced if you have a five-year view, you will see how beneficial it is,” he said.

“We have to be careful to stop the churning of horses. Customers want to see horses run at least three seasons, the best is four. If you have too much churn, it is too much information to process.

“We will open up a rehabilitation wing, which is the next thing we have started. When you look at how many horses we have in training, naturally there are horses who need rehabilitation.”

“[And] the ideal environment to train potential stallions is Conghua, you can even think about fillies going there. It gives a completely different perspective.” 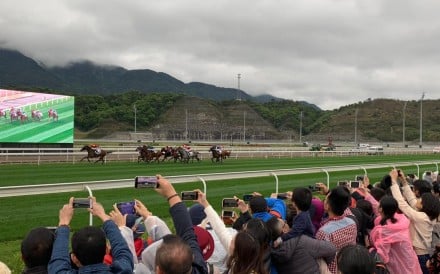 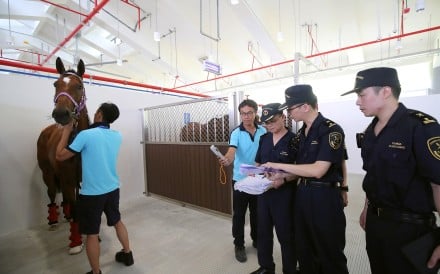