The four-year-old could run twice ahead of the Classic Mile, while the master trainer hopes to have five runners in the Jockey Club Sprint 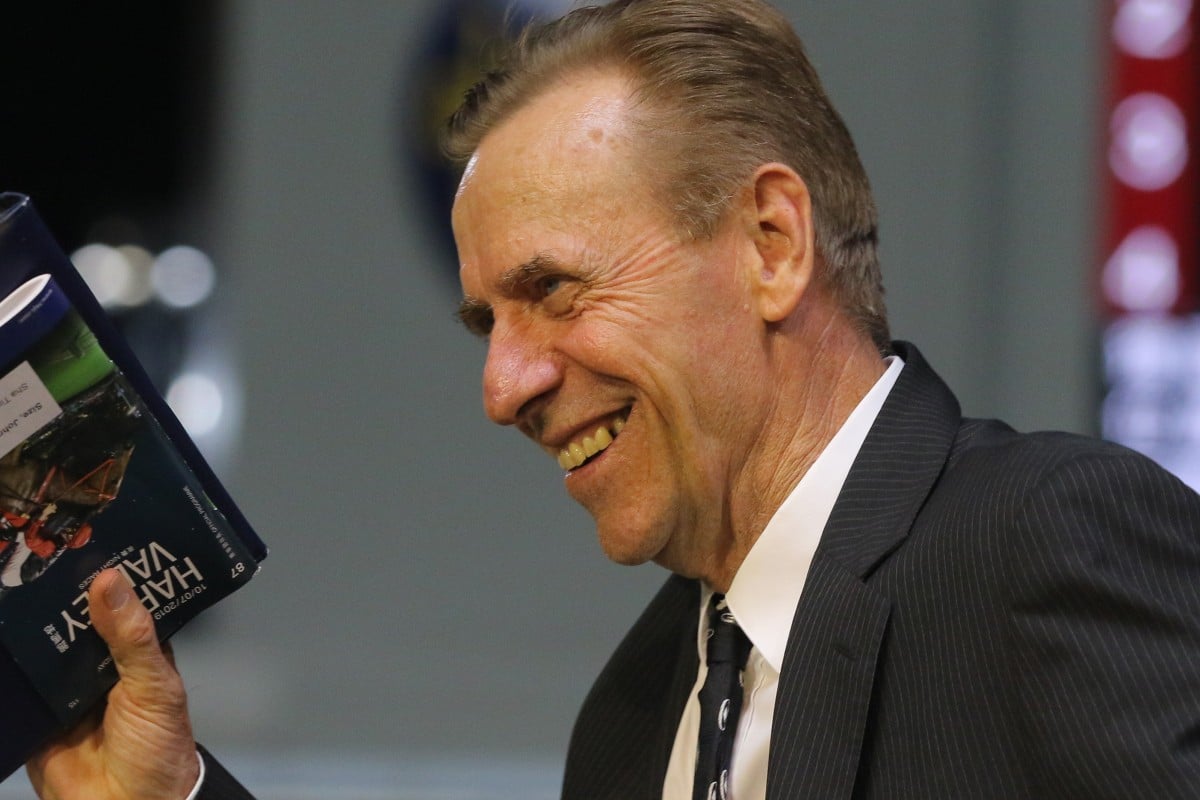 John Size has a host of big guns appearing for the first time this season in November. Photos: Kenneth Chan

John Size says fans can expect to see gun four-year-old Champion’s Way back at the races within weeks, while the master trainer has also confirmed he hopes to have five runners in the Group Two Jockey Club Sprint (1,200m) on November 17.

Champion’s Way moved nicely through his gears on the way to winning a 1,200m trial on the all-weather track at Sha Tin on Tuesday morning and Size is looking forward to seeing what the gelding can produce in his second season.

“He looks like a good horse, hopefully he can go on with it,” the trainer said. “I don’t know if he’s any better [than last season] but he seems normal.”

Champion’s Way burst onto the scene with five wins and a narrow second from his first six starts, before rounding out his debut campaign with an impressive Group Three victory.

Rocketing to a rating of 108 makes the horse somewhat difficult to place in the lead-up to the four-year-old series, but Size says the prodigious talent is on track for January’s Classic Mile. 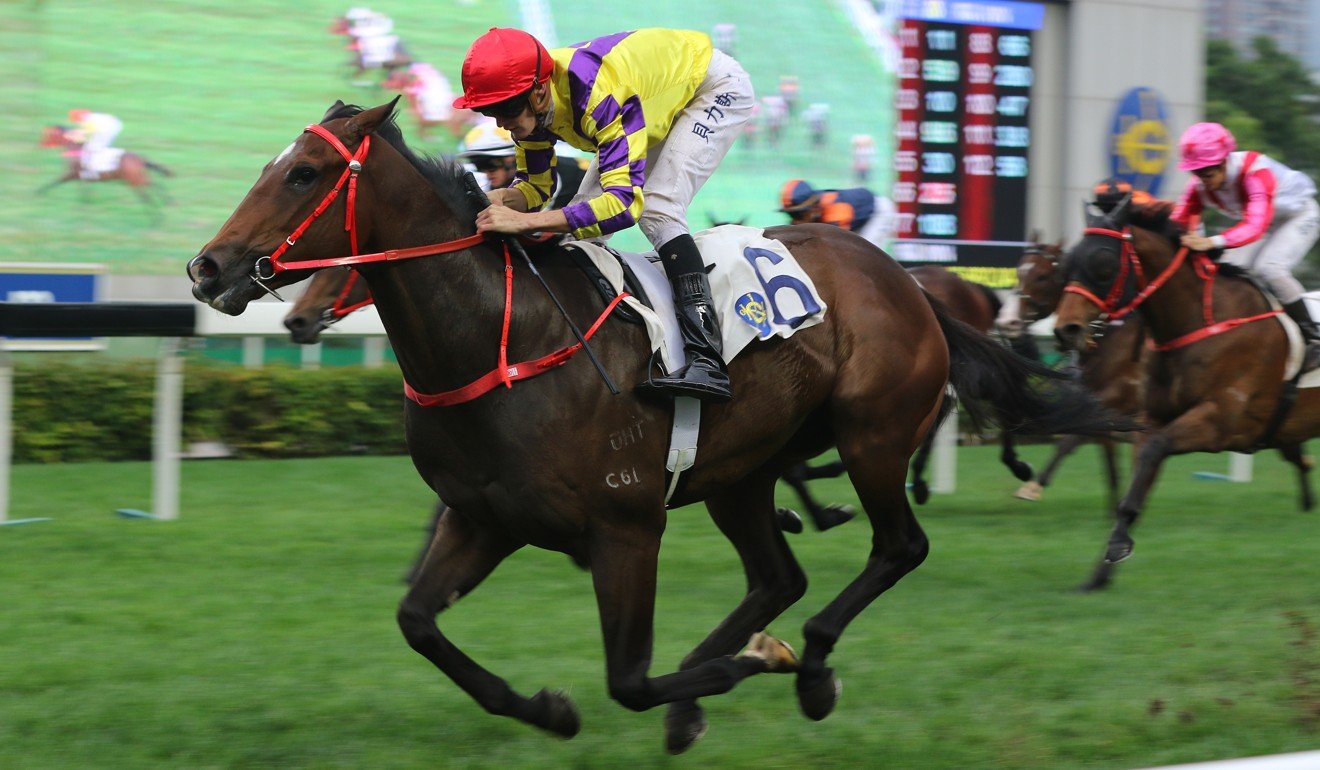 “I want to give him a race otherwise it is going to be too long between runs. He’ll run in November because there’s nothing for him in December.”

Size says his legion of top-line sprinters are all healthy as he plots a path to December’s Group One Hong Kong Sprint (1,200m), with five of his six highest-rated gallopers on track to run in the final lead-up race.

Beat The Clock, D B Pin, Hot King Prawn, Ivictory and Full Of Beauty are all likely to appear in the Jockey Club Sprint.

“They all look normal, there doesn’t seem to be anything amiss with them so they should be fine to race and it’s just a matter of what their race form is like, but at home they’re good,” Size said. 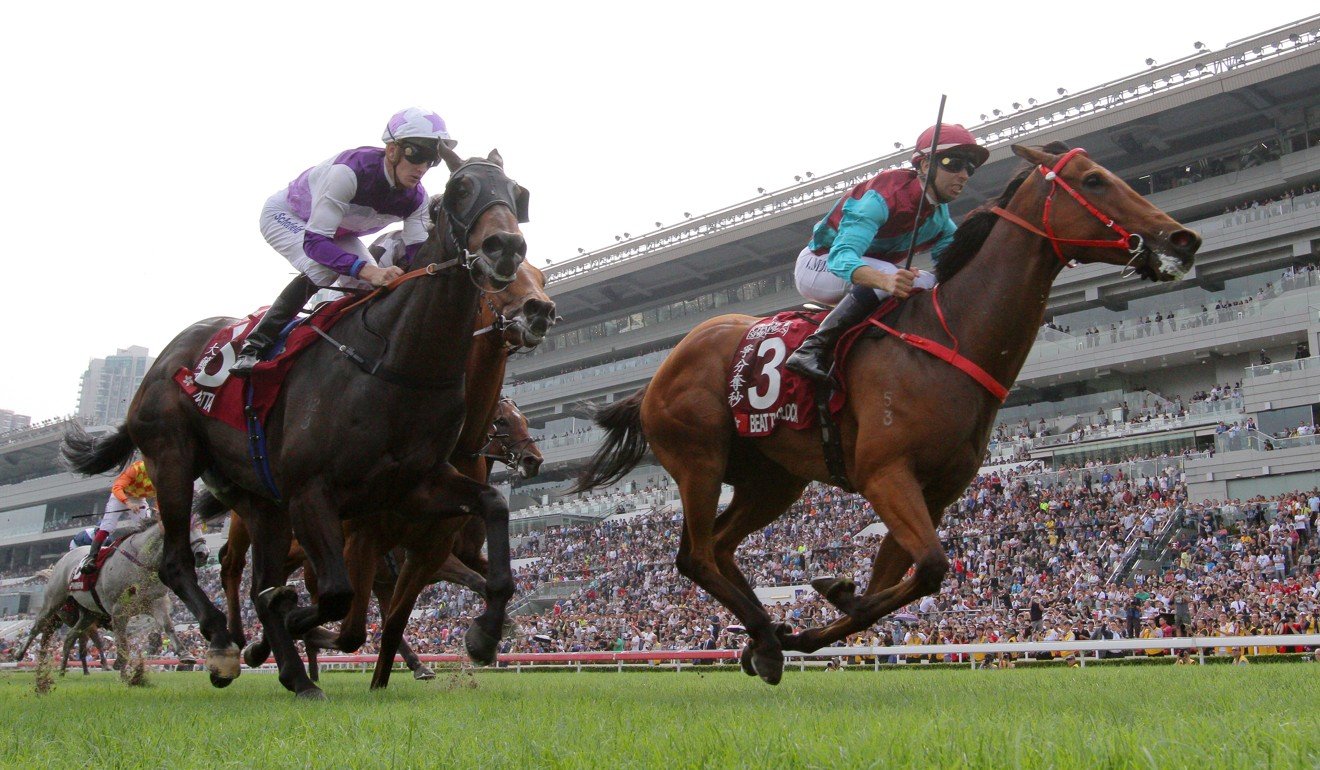 Dual Group One winner Beat The Clock has had two trials and Size is hopeful he can run up to the level of his huge 2018-19 campaign.

“He’s a year older so he might, or he might not, but his trackwork, his health and what he’s doing at home, there doesn’t seem to be any changes,” he said.

While Size is happy with them, he reserved judgment on whether they can replicate past feats until he has seen them under race pressure: “That’s what the races are for, they’ll tell you everything.”

Up-and-comer Full Of Beauty has run twice already this season, winning the Group Three National Day Cup (1,000m) and coming second in the Group Two Premier Bowl (1,200m), while Ivictory was last in the Premier Bowl on his return from a 10-month lay-off.

“He looked disappointing but I think you have to be a little bit forgiving of what he does in his first couple of starts because he hasn’t raced in so long,” Size said.

Joao Moreira is the incumbent jockey for Full Of Beauty, Beat The Clock and Hot King Prawn, with Size indicating the Brazilian is most likely to stick with proven top-level performer Beat The Clock.