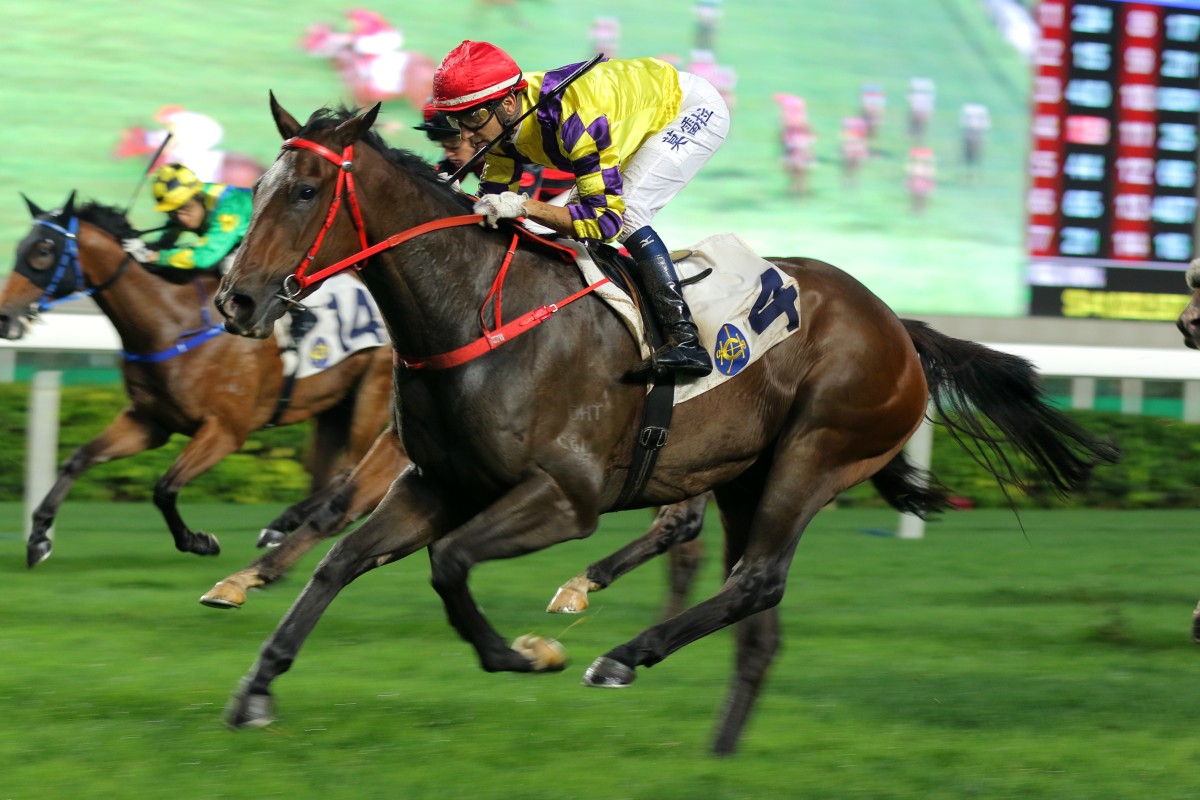 Champion’s Way crosses the line for one of his six wins last season. Photos: Kenneth Chan

Flashy four-year-old Champion’s Way begins his path to the Hong Kong Derby at Sha Tin on Saturday as the headline act in a Class One Panasonic Cup (1,400m) that features a quintet of John Size runners.

After an enormous debut campaign that netted six wins from seven starts, including a Group Three success, all eyes will be on Champion’s Way in the lead-up to next year’s four-year-old series, which kicks off in January with the Classic Mile.

“He’ll go on the Derby trail and he’ll follow those [four-year-old] races unless he proves he can’t run any further than a mile,” Size said.

“He looked like a pretty smart horse when he started to race but after a few runs he gave the impression that he actually wasn’t a sprinter and that he’d appreciate a bit more distance.”

After two impressive trials, Size is confident Champion’s Way – to be ridden by Joao Moreira from gate six – is ready to perform immediately despite carrying top weight.

“He did a remarkable job as a three-year-old, he got to a very high figure,” Size said of his 108-rated galloper. “To come back and run up to that mark will be a good effort. He’s healthy, well and sound, I think he can go to the races and run well.”

Size also saddles up Time To Celebrate, Red Warrior, Gunnison and Nothingilikemore in the contest, with the latter stepping back in grade after six outings at Group level. 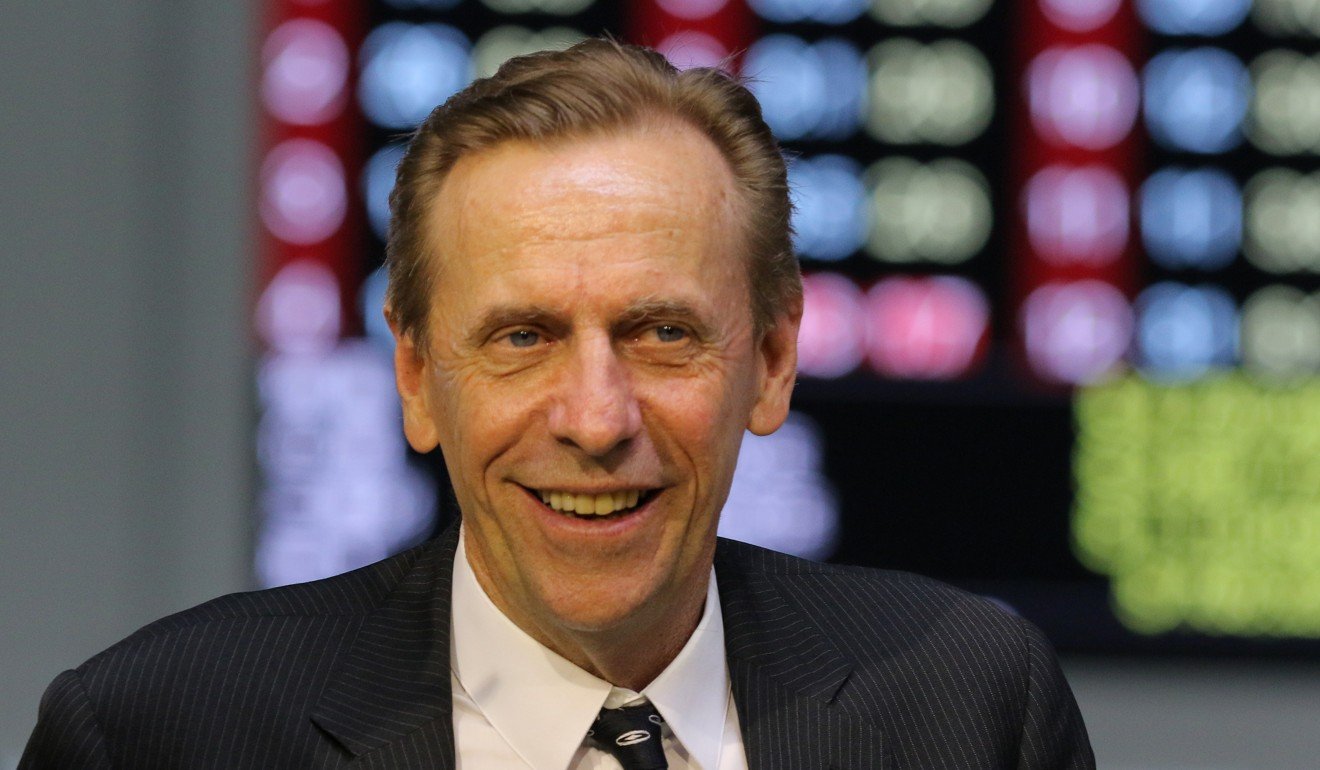 The six-year-old hasn’t managed a placing since saluting in the 2018 Classic Mile as the $1.60 favourite and Size has opted to decrease the pressure on his galloper.

“He hasn’t done very well but he’s been racing Group One horses so it’s a little bit hard to get a guide on it,” Size said.

“When he comes back to this class it’s a completely different world so hopefully he’ll perform a bit better.”

Red Warrior is first-up after an impressive four-win debut season and while Size says he’s not in peak condition, the four-year-old is no stranger to springing an upset after knocking off hot favourite Champion’s Way when sent out at $81. 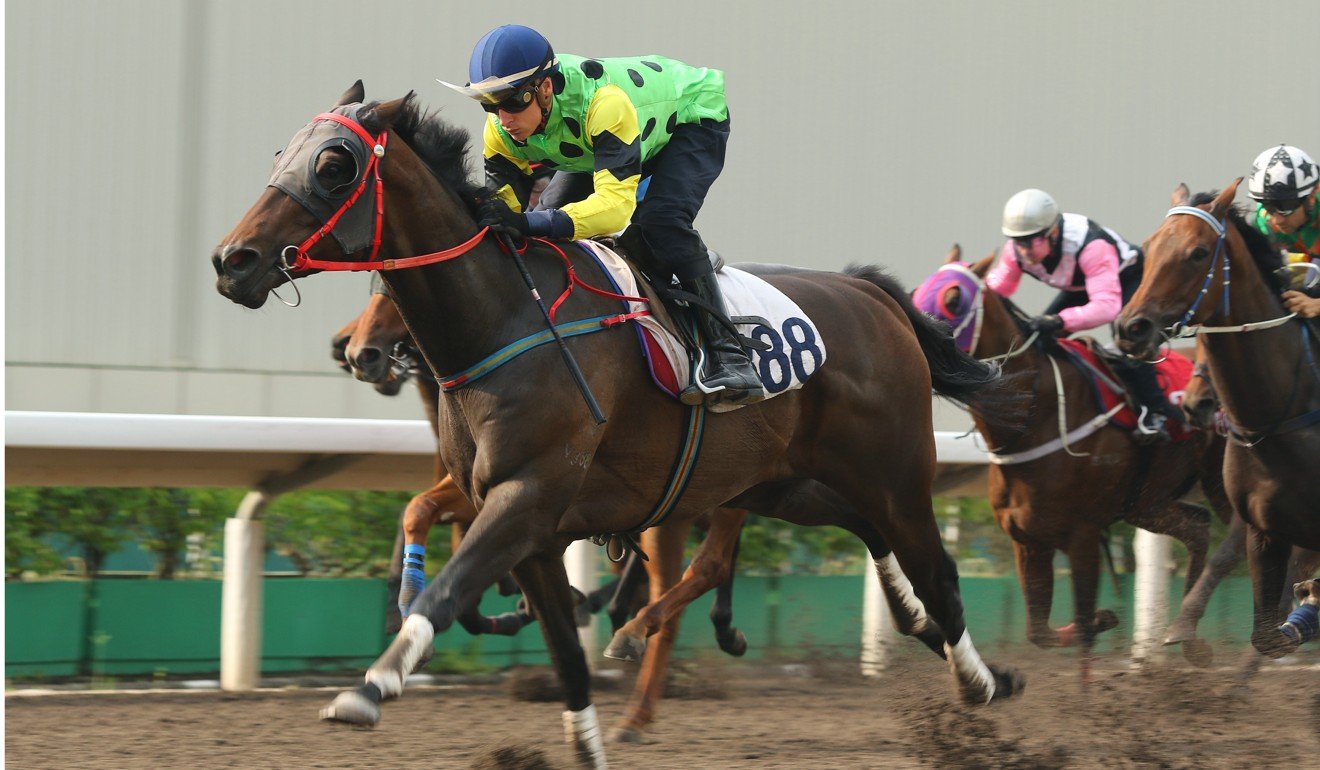 “He’s got a feather in his cap, he’s the only horse to beat Champion’s Way but he’s still getting ready, he’s not quite fit enough,” the trainer said. “He looks in good shape but I think he’ll need racing to get him to his best.”

Time To Celebrate turned in a string of strong performances last season, with the consistent galloper finishing second at Class One and Group Three level, but Size is not sure how much more he can extract out of the gelding.

“He’s in tremendous form, when you see him at the races he looks fantastic but he’s on [a rating of] 107 and that might be all he’s capable of,” Size said.

As for Gunnison, he’s only run above 1,200m once in his 19-start Hong Kong career and his sole victory last term was on the dirt.

“Gunnison might struggle a bit at 1,400m, I’m not sure how he’ll run that out,” Size said. “But it shouldn’t be a terribly fast run race so he’ll get comfortable at some stage and see if he can run a bit further.” 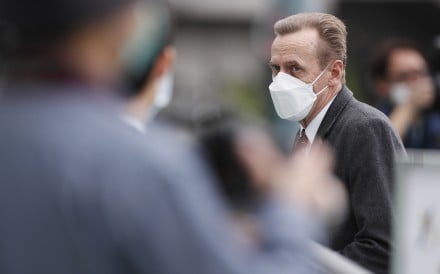