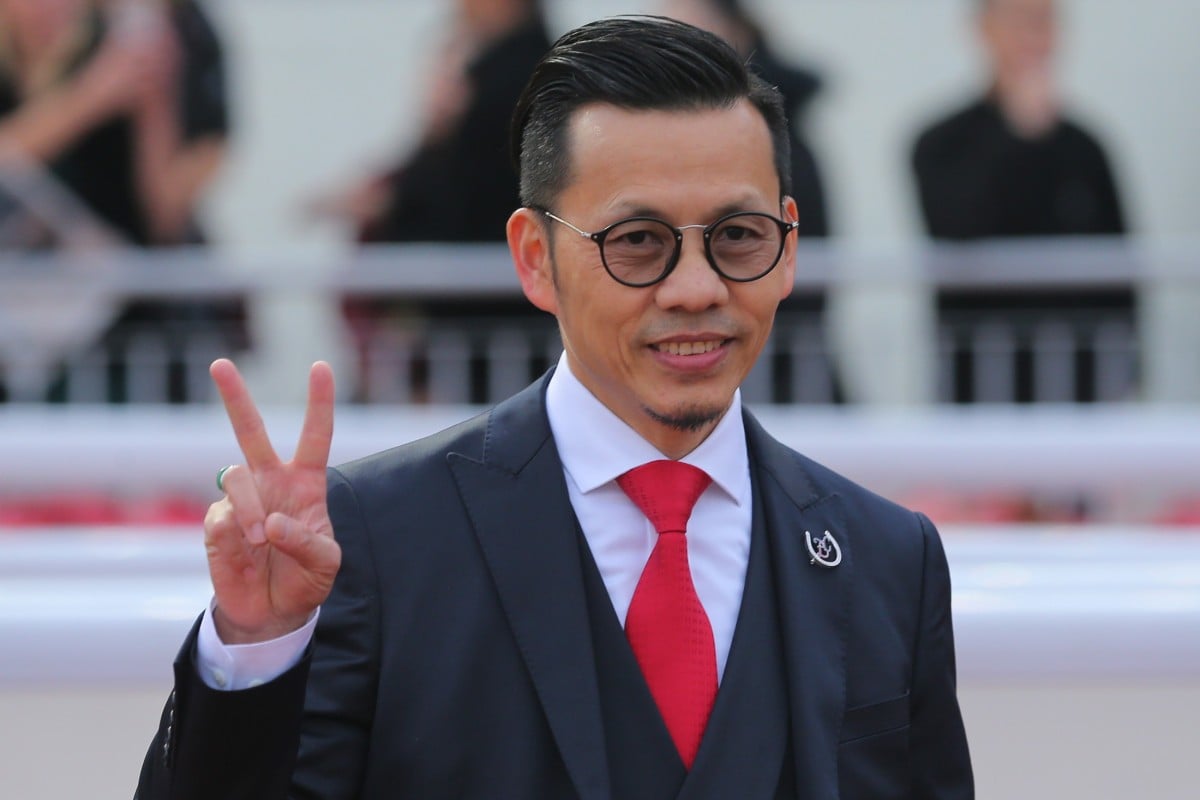 Top local trainer Frankie Lor Fu-chuen enjoyed the biggest day of his career 12 months ago as he plundered half of the features at the Longines Hong Kong International Races and he has high hopes of more success on Sunday as he takes a three-pronged attack into Sha Tin’s richest race.

The affable 53-year-old thrust his name onto the world stage last year as Mr Stunning took out the Hong Kong Sprint and Glorious Forever captured the Hong Kong Cup but even one year on he still giggles at how it all unfolded.

“I only thought Mr Stunning had a chance. He won – it was very exciting and I was very happy. Then Glorious Forever won and it was an amazing day. I couldn’t believe it,” said Lor, who was only granted a training licence at the start of the 2017-18 season.

“It was the first time I’d entered a horse in a Group One and then I had two winners at HKIR. What can you say? It was incredible.”

Lor saddles up Hong Kong Derby hero Furore, Glorious Forever and Dark Dream in Sunday’s HK$28 million Cup (2,000m) and their chances were given a huge boost last weekend when Japanese superstar Almond Eye pulled out after her temperature spiked.

The withdrawal of the short-priced favourite throws the race wide-open with international fixed-odds markets installing Furore as the top selection at $3.10, just ahead of Aidan O’Brien’s Magic Wand ($3.40) with QE II Cup champ Win Bright and Caspar Fownes’ Rise High sharing the next line at $5. 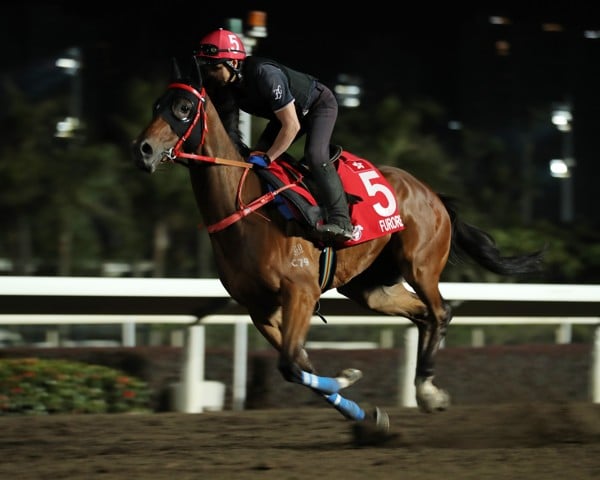 “Almond Eye is a special horse. I would have liked to see her race in Hong Kong to see how good she is. But I’m happy she’s not here because I’ve got more of a chance now,” Lor said.

“I don’t worry about being favourite – I just want to win the race.”

Star Australian jockey Hugh Bowman is flying in to continue his strong association with Furore after winning both the Classic Cup and the Derby on him last season, while he caught the eye when second in the Group Two Jockey Club Cup last start.

Furore is yet to win in open company, but Lor hopes it is only a matter of time before he ticks that box.

“The Derby is only for four-year-olds and now he’s facing the older horses but he looks improved and I hope he can step up one more level,” he said.

“Everything is good, he ran well last start and I think he will run a good race on Sunday.

“I will let Bowman to do what he likes [from barrier one] because the pace will be fast.” 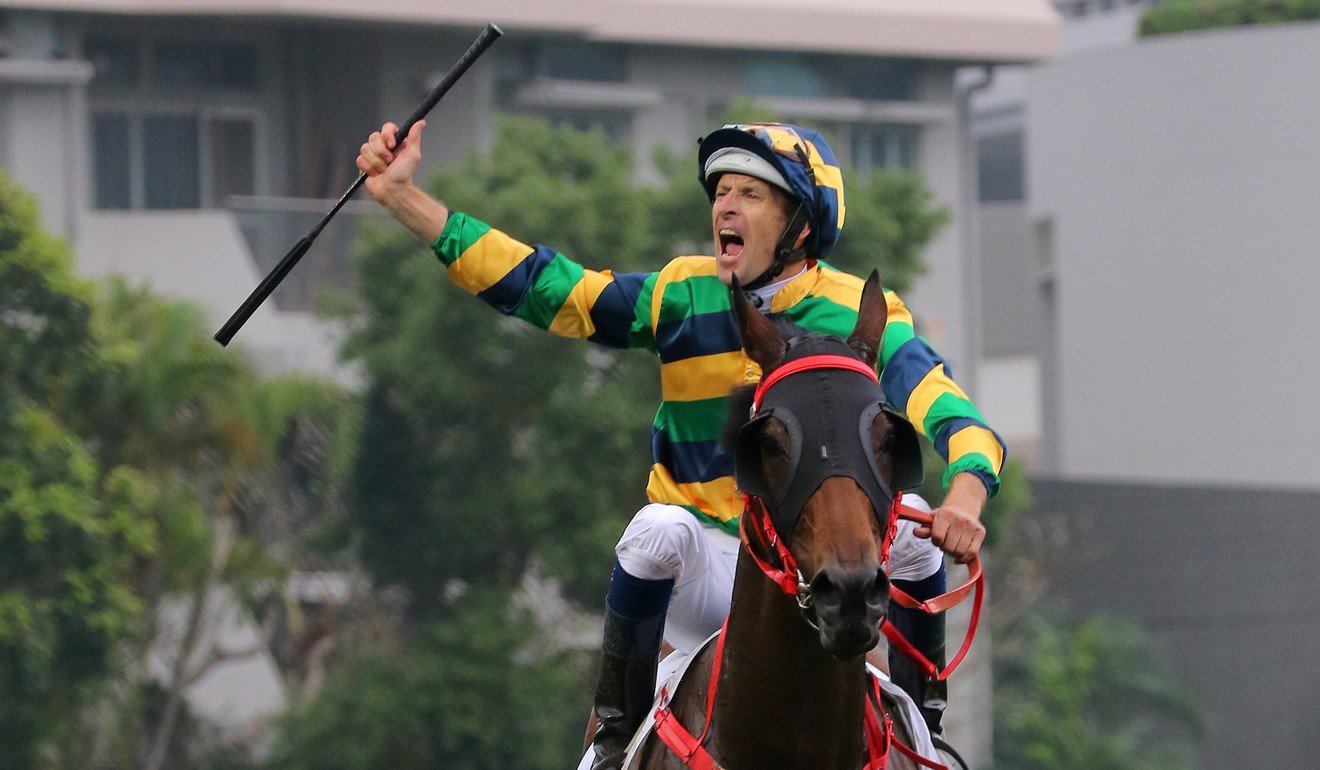 There is no doubt the Cup will be run in strong fashion with front-running brothers Glorious Forever and Time Warp engaged.

Tony Cruz came out after the barrier draw and declared Time Warp will be going to the front and will “fight it out” for the lead if they have to.

Lor has added a crossover noseband to Glorious Forever to help him settle after two poor runs this season.

“I think everyone knows that Glorious Forever and Time Warp will go fast,” he said. “If we can lead, we’ll lead, if not then we’ll sit beside Time Warp He should be more relaxed with the crossover noseband.”

“His last two starts have been a little bit disappointing so now we’ve put the blinkers on,” he said. “Damian Lane sat on him on Thursday morning and said he feels good, so hopefully he can improve.”

Mr Stunning has won the past two Sprints, but he has only had one run back after suffering a stress fracture in his shoulder and faces an uphill battle to produce his best.

“Mr Stunning’s not 100 per cent, but I hope he still runs well. He’s got a good draw and a good jockey,” Lor said. 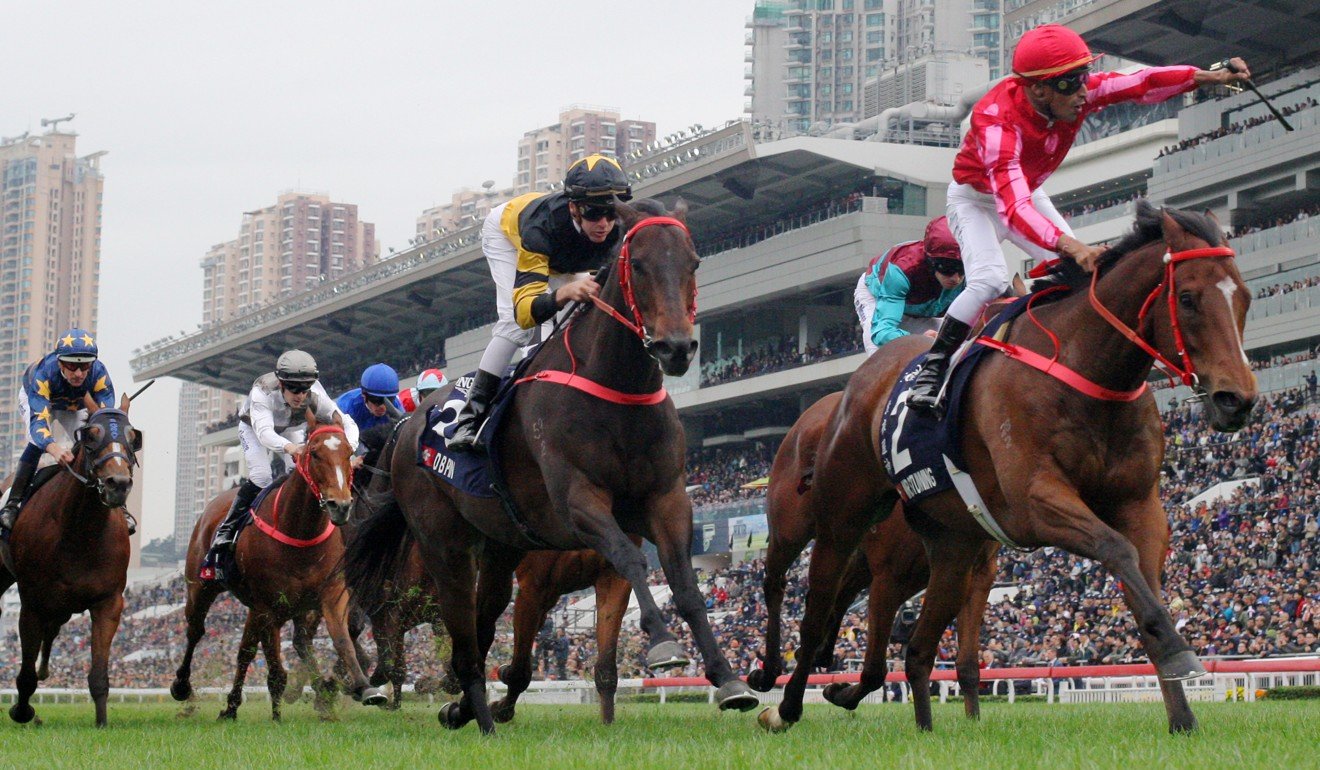 “I would have liked to get another run into him, but there is not much else we can do. Hopefully he can run a good race.”

The trainer also takes Simply Brilliant into the Hong Kong Mile, but he is only considered a very rough chance.