The headline act of the four-year-old series is in doubt for Sunday’s race after coming down with a temperature, but connections remain hopeful 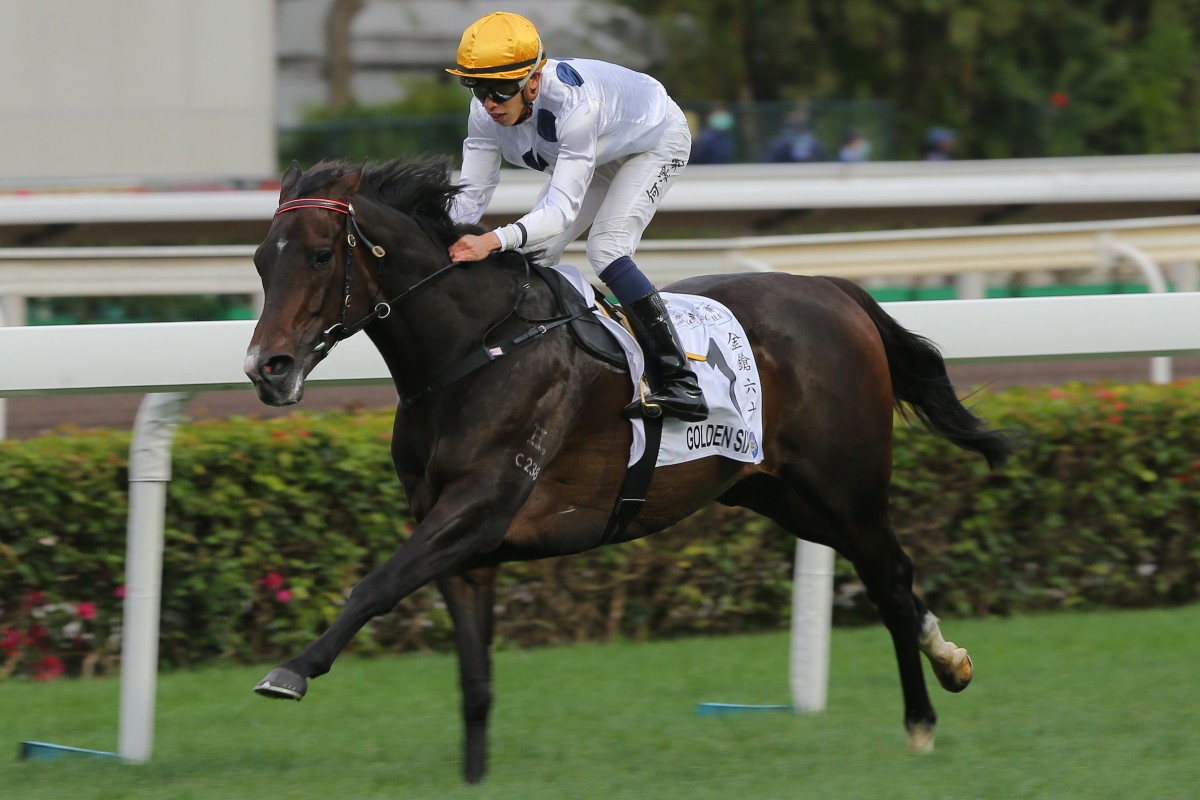 Golden Sixty remains in a race to be fit for Sunday’s Classic Cup. Photos: Kenneth Chan

Jockey Vincent Ho Chak-yiu said he was only “OK” in a gallop on Tuesday morning but trainer Francis Lui Kin-wai remains hopeful Golden Sixty will take his place in Sunday’s Classic Cup (1,800m) at Sha Tin.

There has been a cloud of doubt hanging over the boom four-year-old since he came down with a temperature a week and a half ago, with Lui suggesting the results of a blood test on Wednesday morning will be crucial.

“He galloped on the grass this morning and he seems OK,” Lui said. “We scoped him and he’s clean and we will check his blood again tomorrow – so far, so good at the moment but we’ll wait for the blood to come back. Fingers crossed.”

Ho has been aboard for all nine of Golden Sixty’s starts for eight wins – including last month’s Classic Mile triumph – and was in the saddle for a 1,200m workout on Tuesday morning.

“He galloped OK. We’re still uncertain but he felt OK. He’s pretty straightforward and he felt alright to me but we’re still discussing it,” he said.

In the meantime, the prolific pair – who have combined for 14 winners this season – team up three times at Wednesday night’s all-dirt meeting at Sha Tin. 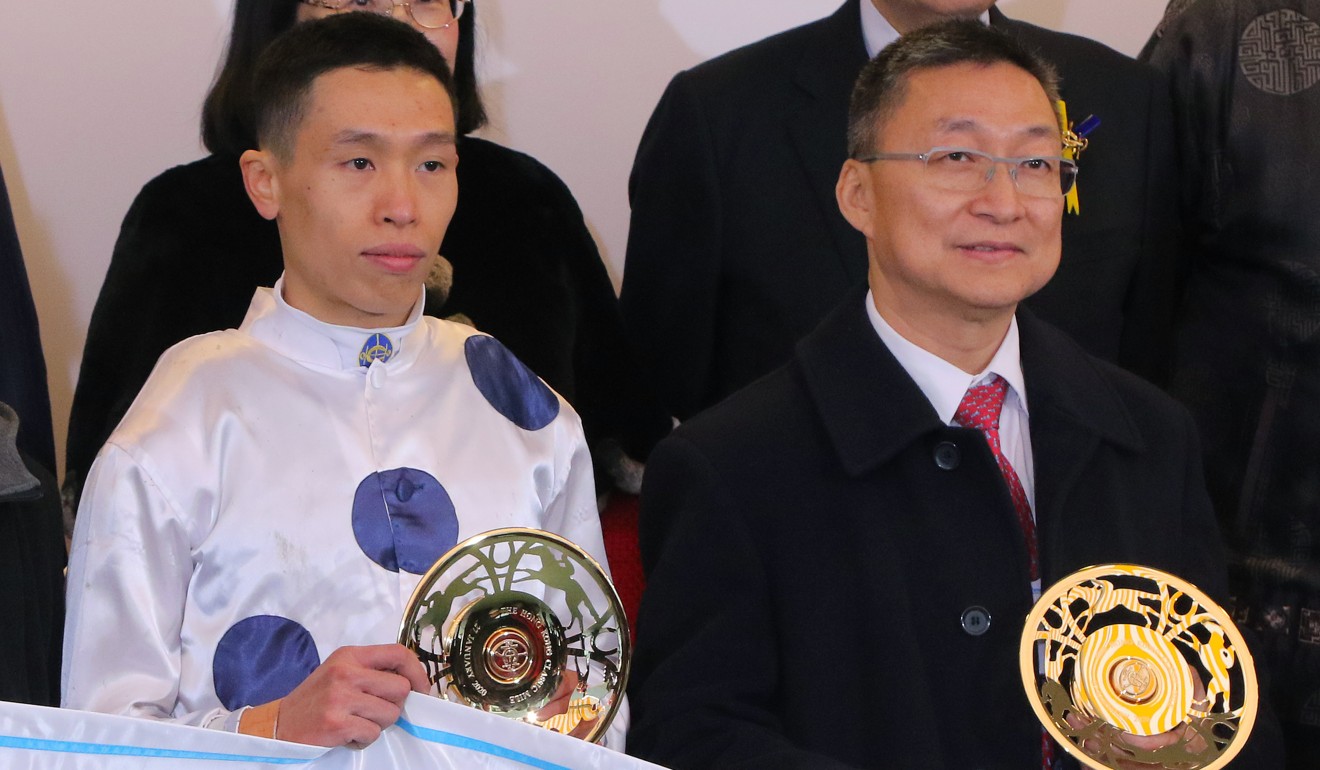 Elite Patch finds himself in Class Two for the first time despite running 11th last time out, albeit in an extended ratings band Class Three, and Ho hopes he can rediscover the form that saw him reel off back-to-back wins at the course and distance earlier this season.

“[His last start] was quite disappointing, he jumped up in the air when the gates opened and then he didn’t like the kick-back too much,” Ho said of Elite Patch, who ran on nicely into second behind Hot King Prawn in a trial earlier this month.

“But he seemed better at the trials lately, his form is coming back, so hopefully he will perform this time. “He was alright [in the gates at the trials], it was just at the wrong time that he jumped up in the air [in the race], it wasn’t really his fault.”

Elite Patch carries 115 pounds, with Ho riding two pounds over, and the jockey is confident the horse can produce his customary finishing burst against the likes of Big Time Baby, Mr Croissant and Ugly Warrior.

“He should still be pretty competitive carrying a light weight, hopefully his form is back and he can charge,” Ho said.

Meanwhile, Tony Cruz confirmed Exultant will not be making the trip to Dubai for next month’s World Cup meeting after his second in Sunday’s Group One Hong Kong Gold Cup.

“He’s scared something might happen, so we’re definitely not going,” Cruz said of owner Eddie Wong Ming-chak, whose horse Absolute Champion broke down in the 2008 KrisFlyer International Sprint in Singapore.

“I tried to convince him but we’re not going. It’s disappointing but we respect his decision.”

Connections of Beauty Generation, who bounced back to form to win the Group One Queen’s Silver Jubilee Cup, will meet later this week to discuss the prospect of the dual Horse of the Year making the trip to Meydan.