Five facts for Sha Tin: no Johns means National Day Cup is up for grabs

Trainers Size and Moore have shared the past five editions of the Group Three sprint between them, but neither will be there this season, opening the door for someone else to snare the trophy 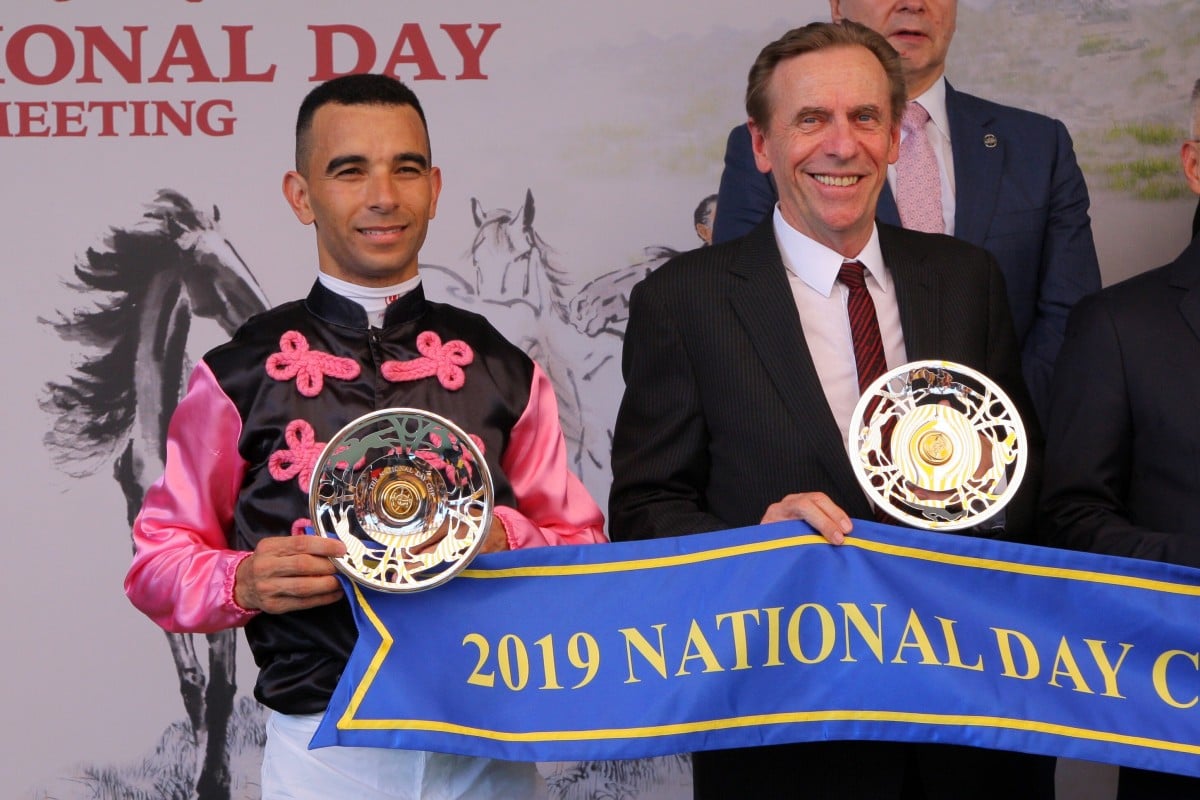 Joao Moreira and John Size pose for photos with their trophies after winning the 2019 National Day Cup with Full Of Beauty. Photos: Kenneth Chan

Trainers John Size and John Moore have dominated the National Day Cup in recent years – they have shared the past five editions between them and won 10 of 17 overall (including when it was known as the Sha Tin Sprint Trophy) – but the former doesn’t have a runner and with the latter forced into retirement, a new name will grace the trophy this season. While favourites have won the past two years – Full Of Beauty and Hot King Prawn – before that, there was a run of eight straight seasons where the punters’ elect was beaten. It is also worth noting it is one of the rare feature races in Hong Kong that Zac Purton hasn’t won. The Australian is aboard Big Party on Thursday. 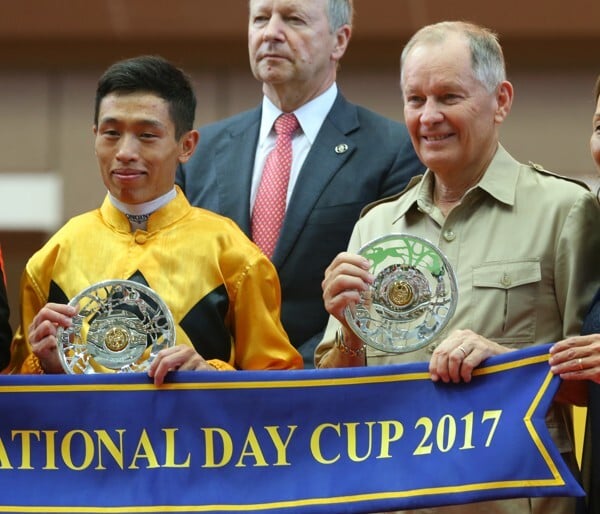 Famous names out to break maiden

Speaking of Purton, he joins forces with Douglas Whyte for the first time this season aboard Vincy in the Class Three Chongqing Handicap (1,800m). The two combined on 11 occasions last term for five placings – including both times they partnered up for Vincy. It is hard to see them going without a winner together for too much longer.

Field is not very open

Everything points to Sky Field starting the shortest-priced favourite of the season so far. After seven meetings, there have been just four odds-on favourites, the shortest being Sky Field who won at $1.40 on September 13. Three of those four won (Golden Sixty and Winning Dreamer were the others) while Sell My Sole at Happy Valley was the only one to fall short, finishing third. After his last win, Sky Field looks set to start even shorter this time around as he has just six opponents to compete against. He was $1.10 early in betting.

Tony Millard hasn’t had much barrier luck with Amazing Chocolate. Despite winning three of six since joining his stable in the middle of last season, only once has the gelding landed a gate inside nine. It doesn’t get any easier on Thursday with Amazing Chocolate coming up with barrier 12 for the Class Two Beijing Handicap (1,200m). Class Five the key for Abraxas

The Abraxas has been a bit of a disappointment since arriving in Hong Kong almost two years ago, with zero wins and six placings from his 25 starts. The Me Tsui Yu-sak-trained gelding drops down to Class Five again on Thursday for the Shenyang Handicap (1,200m) and shapes as one of the main contenders as he is yet to miss a place from two previous runs in the grade.