Matthew Poon the man to steer Good View Clarico to four straight wins: ‘this is what everybody wants’ 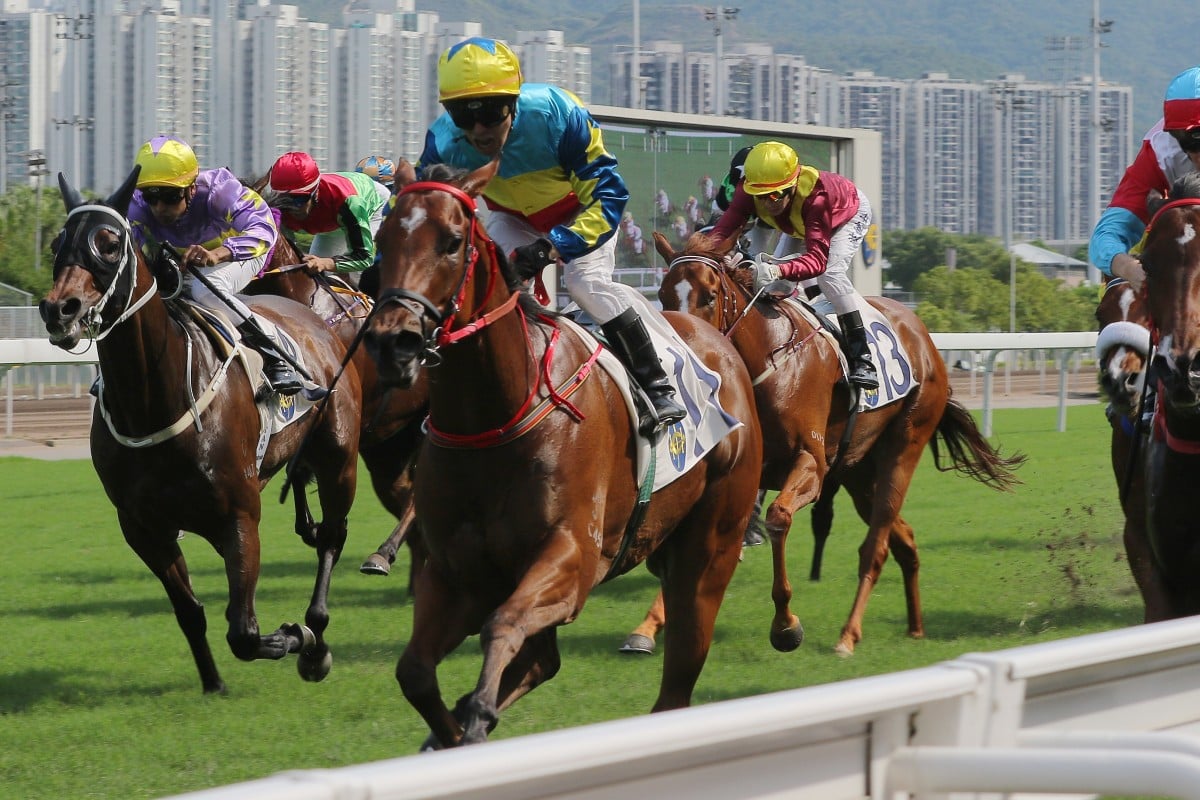 Good View Clarico wins under Ben So in May. Photos: Kenneth Chan

Matthew Poon Ming-fai says he is heading to Sha Tin on Sunday with something “everybody wants” after being entrusted with the ride aboard progressive four-year-old Good View Clarico.

The Dennis Yip Chor-hong-trained gelding is shooting for four wins on the trot in the Class Three Fan Lau Handicap (1,000m) and Poon is itching to jump in the saddle.

“This is what everybody wants, I’m pretty excited” Poon said. “I didn’t even need to ask Dennis for the ride, he asked me.”

While Zac Purton and Ben So Tik-hung have been aboard during Good View Clarico’s winning streak, Blake Shinn rode the galloper in two recent trials but will instead partner Valiant Dream in the race.

“I’ve only galloped him once so I don’t really know much about him and he’s first-up for the season, so let’s see how he goes,” Poon said of Good View Clarico, who carries 122 pounds. “The field is not easy, there are a couple of horses who can also run a good time over 1,000m.”

The contest features a swag of other last-start winners, with Fabulous Eight and Prince Of Gems both second-up for the season after winning returns and Sparkling Knight running for the first time since saluting in June. Poon will have gate three at his disposal aboard Good View Clarico as he looks to post his second win of the season – a return that could have been so much better after six runner-up finishes.

But the 26-year-old feels he is building nicely into a campaign that he hopes will feature his first Group One ride in Hong Kong.

One of his seconds came aboard Jolly Banner in Thursday’s Group Three National Day Cup and getting the nod aboard Good View Clarico is another confidence booster for the young jockey.

“I’ve had a few horses finish close and I think I can get a winner on some of those horses soon. Even though I’ve only had one winner, I don’t feel too bad,” he said.

“My target is a Group One ride, I don’t have any offers at the moment but I’ll be trying and hopefully they come. Hopefully I get some rides in the Group Twos first and I’ll take it step by step.”

Poon has seven rides at Sha Tin and jumps aboard another last-start winner in Tianchi Monster in the day’s marquee race – the Chek Lap Kok Handicap (1,800m).

The Chris So Wai-yin-trained six-year-old returns to Class Two and will carry just 114 pounds, although history is against the son of Melbourne Cup winner Shocking – all four of his Hong Kong wins have come in Class Three.

The step-up from a mile to 1,800m should work in his favour, however, with three of those wins coming at nine furlongs or further, to go with a fighting sixth in the 2019 Derby over 2,000m.

“I think he is a chance. Last start in Class Three he finished off well over a mile and the step-up to 1,800m will suit him more,” Poon said. “The field is quite strong but hopefully he will run well.”