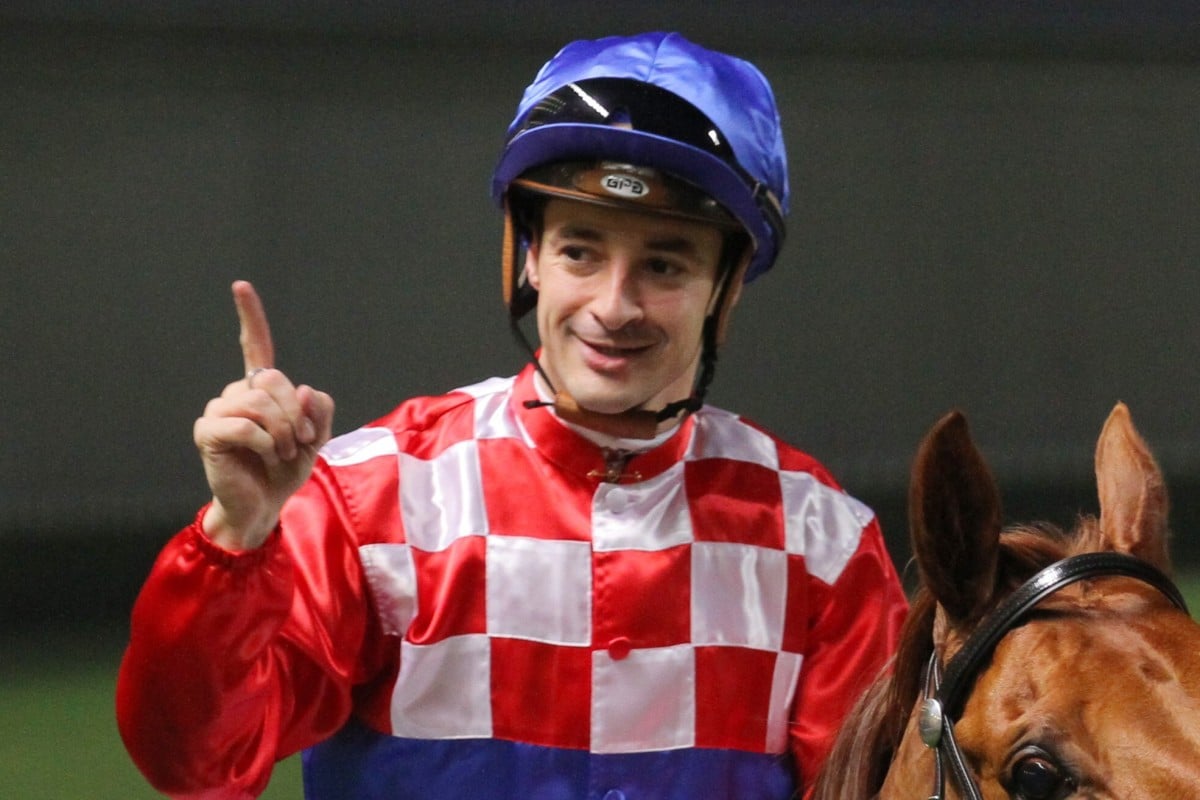 Speed machine Mozu Superflare grabbed her maiden Group One victory in controversial circumstances earlier this year but connections are looking to win one in their own right in Sunday’s Group One Sprinters Stakes (1,200m) at Nakayama.

The five-year-old was second past the post in March’s Group One Takamatsunomia Kinen (1,200m) but was promoted after stewards rubbed out winner Kurino Gaudi for causing significant interference.

While she will again clash with Kurino Gaudi, Mozu Superflare is right on track to better her second placing in the Sprinters Stakes from last year when she was beaten home only by Tower Of London.

“There’s a good feel to her. She did her hard training the week before, so she just had an easy workout this week,” jockey Fuma Matsuwaka said.

“She ran well last year and I think a good result is possible again. She was back from a spell last time, and didn’t quite have enough at the finish.”

Trainer Hidetaka Otonashi opted against running Mozu Superflare a month back to allow her to be fresh come Sunday’s contest.

“This last week it’s been easy for her, just training solo and I haven’t been worried about times,” he said.

“She didn’t run in the Centaur Stakes, as the interval between races would have been too short, so it’s been five weeks since her run in the Kitakyushu Kinen, a good enough break.

Matthew Poon the man to steer Good View Clarico to four straight wins: ‘this is what everybody wants’

“It’s the same rotation as last year and she seems to be in good order. Her track record is best at Nakayama, and even among this field, she’s capable of showing her usual speed and talent. I hope she’ll get fast ground.”

Mozu Superflare is likely to run into stiff opposition from Group One Yasuda Kinen (1,600m) winner Gran Alegria who returns to a sprinting distance for only the second time.

The Kazuo Fujisawa-trained mare slayed Japanese star Almond Eye in the Yasuda Kinen last start but has proven her ability to fire first-up over 1,200m when she ran second to Mozu Superflare in the Takamatsunomia Kinen.

While superstar jockey Christophe Lemaire has bigger and better plans for Gran Alegria who has announced herself as one of the next big things out of Japan, the Frenchman wants to see her begin her preparation strongly on Sunday.

“She really seems to be bigger and stronger,” he said. “In her last work, her breathing, footwork and responses were all good. I’m sure she’ll be suited by the Nakayama track. The Grade 1 season has started again, and I’d like to win the Sprinters Stakes.”

The filly has returned from her summer break at the famous Northern Farm 22 pounds heavier, giving her trainer hope she has the speed in her legs to match it with the out-and-out sprinters.

“I’m pleased with the way she’s been moving, and she’s showing what speed she has,” Fujisawa said.

“She had experience over the trip at Chukyo, where she finished strongly on the outside and could take on the quick horses in that race. I don’t see a problem with the Nakayama track, even though it’s a tough course with the rise.”