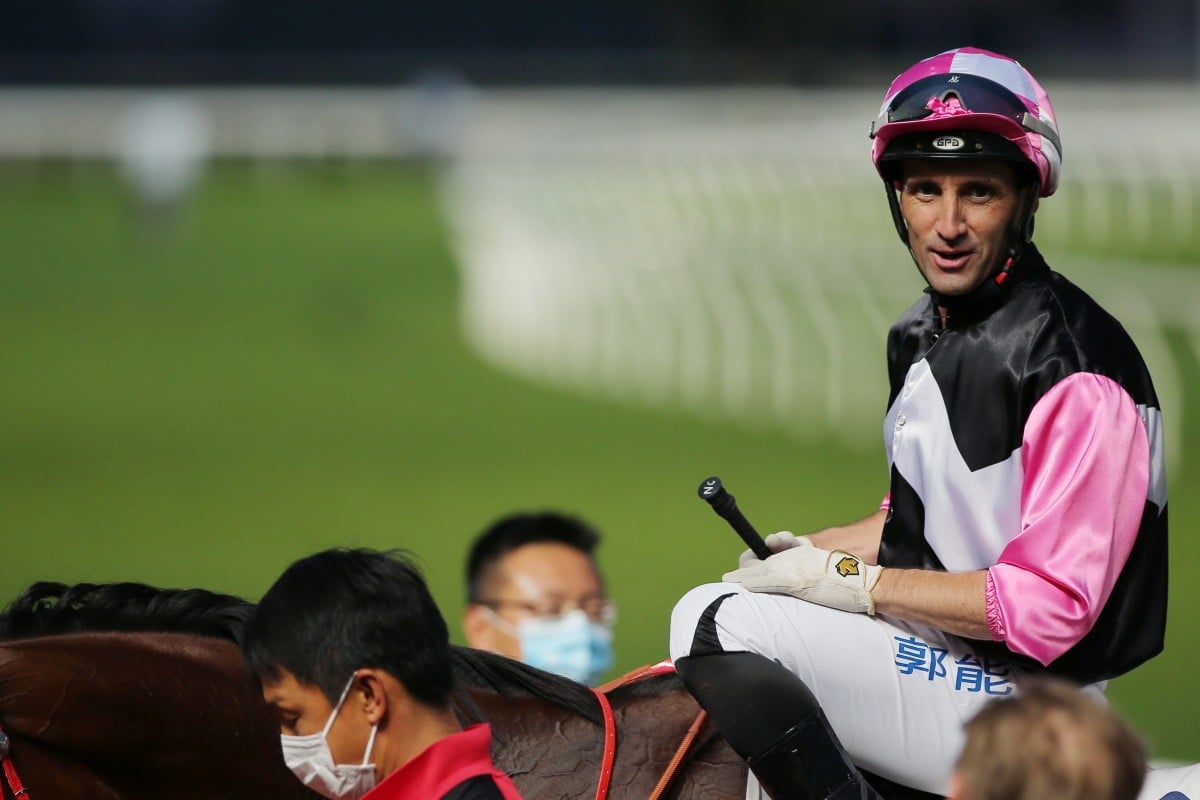 Neil Callan aboard Heza Beauty after his win at Sha Tin on Sunday. Photos: Kenneth Chan

Neil Callan has become a master at making the most out of limited opportunities and the “Iron Man” likes what he sees in his book of rides at Happy Valley on Wednesday night.

The popular Irishman knows jockeys are only as good as the horses they are riding so the veteran is grabbing each winning chance as tight as he can.

Along with that, he knows luck plays a role and Callan may have caught a break when picking up the plum ride on John Size’s Wind N Grass at the last minute. 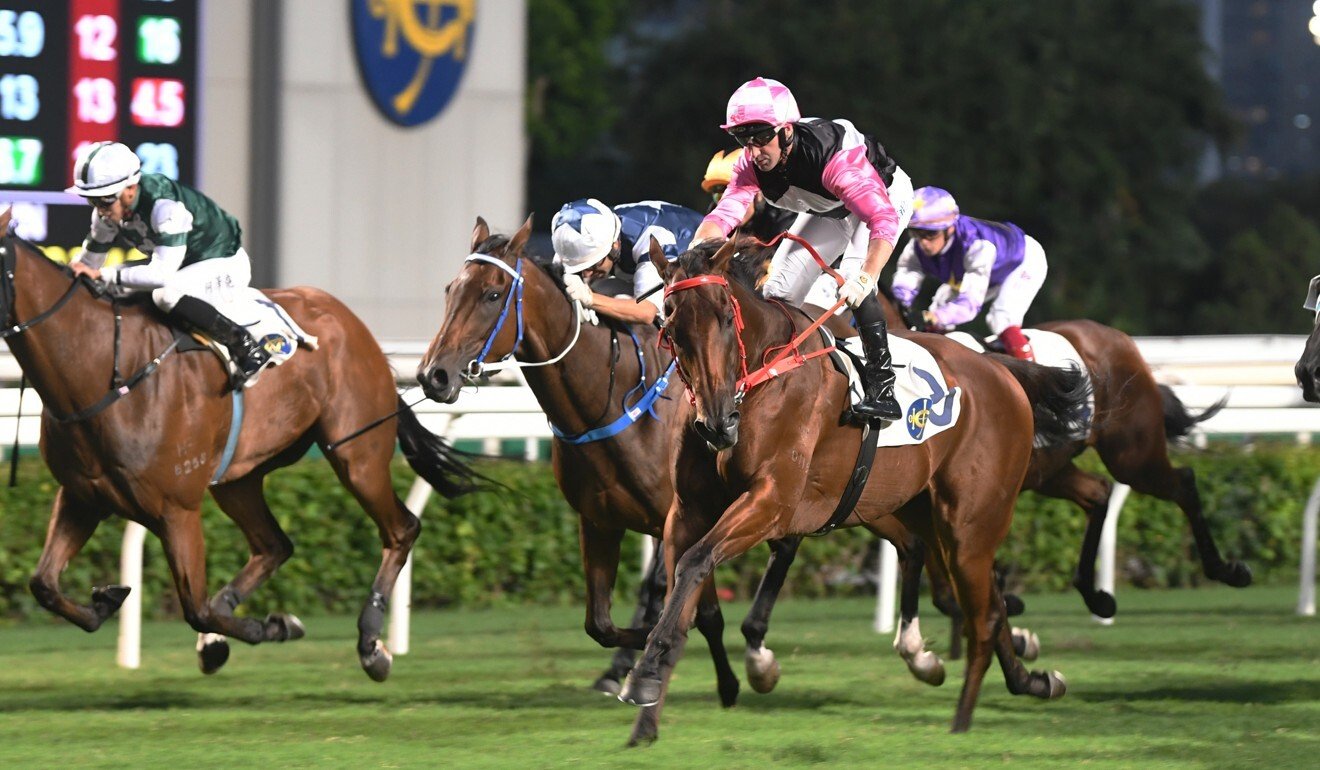 A mix-up left Callan without a ride in the Class Three Po Chong Wan Handicap (1,200m) but he was more than happy to continue his association with Size after they combined on Sunday to win with Heza Beauty.

“It was nice to get the winner for John on the weekend, obviously you want to be riding for everyone but it’s a bit of a cherry on top when you’re riding for the top trainers,” he said. “It was a nice win, even more so from a difficult draw.

“I picked up Wind N Grass as a spare ride after the entries came out, so they’re always nice.”

The four-year-old was knocking on the door for much of last season before coming good in one of the final meetings of the term for an impressive Happy Valley win.

Wind N Grass has spent his off-season at Conghua, where he has performed well in two barrier trials.

“He is coming off a nice win from last season, all of his trials and work at Conghua look quite good so he looks like he’s enjoyed his time up there and it’s proven that a lot of horses have come back and excelled,” Callan said.

“It’s funny because I was watching the horse last season and I thought he was one that would keep improving, so I think he can take the next step. He has got a good draw, it’s a competitive race but we go in there with every chance.”

At 42, Callan is the oldest rider on the roster in Hong Kong, but he has proved his durability time after time and is looking to do so again this term. 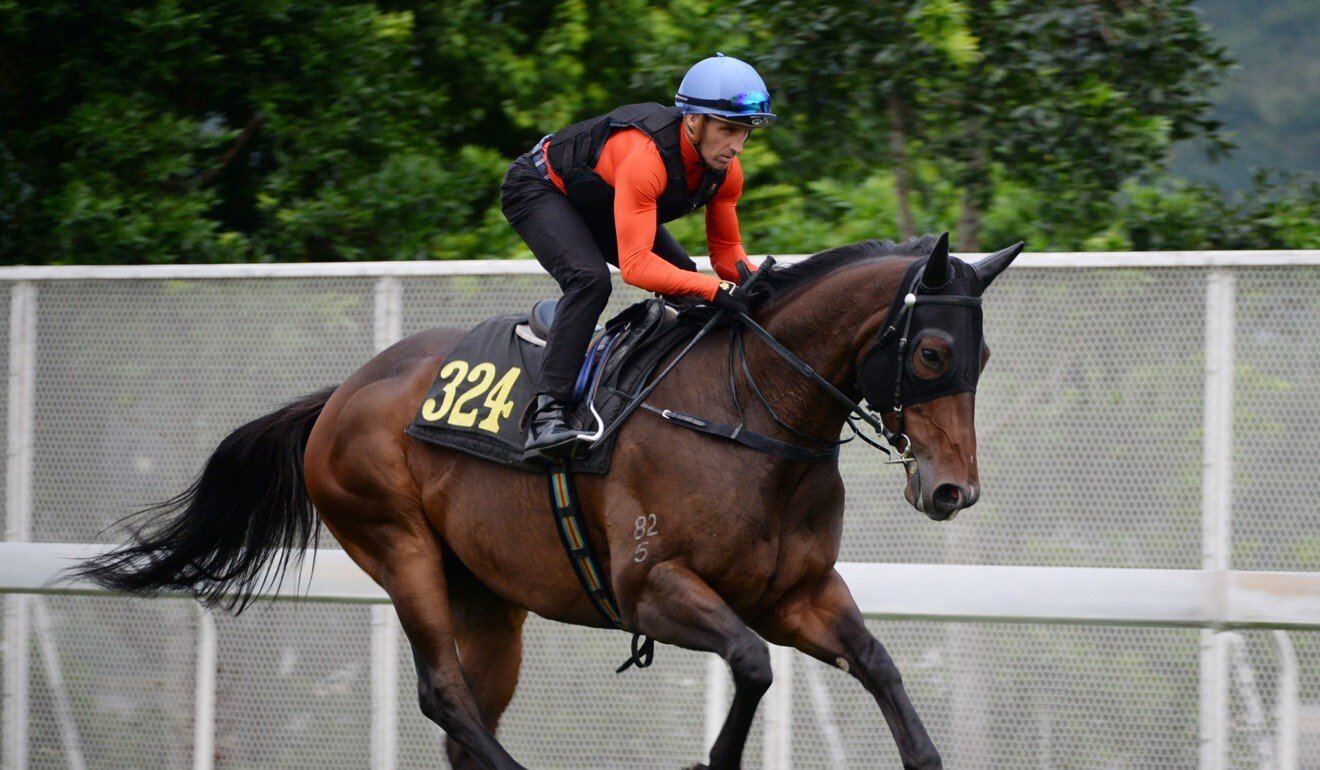 After only being granted a half-season licence, Callan is determined to extend his time again.

“Last season, it was a half-season licence for me and I performed well enough to stay on and I finished off strongly,” he said.

“I have started this season OK – there are a few winners on the board, I feel like I am riding well and I am trying hard like I always do.

“We just need a few more things to fall our way, get a few more winners then hopefully we can extend for another season.

“It’s all about the opportunities, if you can’t get on the right horses, you can’t win. It’s as simple as that.

“In each race there is probably only four or five horses that can win each time so you have to be on one of those, then you need the right draw, the right tempo and a bit of luck.”