Hollie Doyle, Pierre-Charles Boudot, Ryan Moore and Neil Callan are all given chances to claim the HK$500,000 first prize on offer at Happy Valley tonight 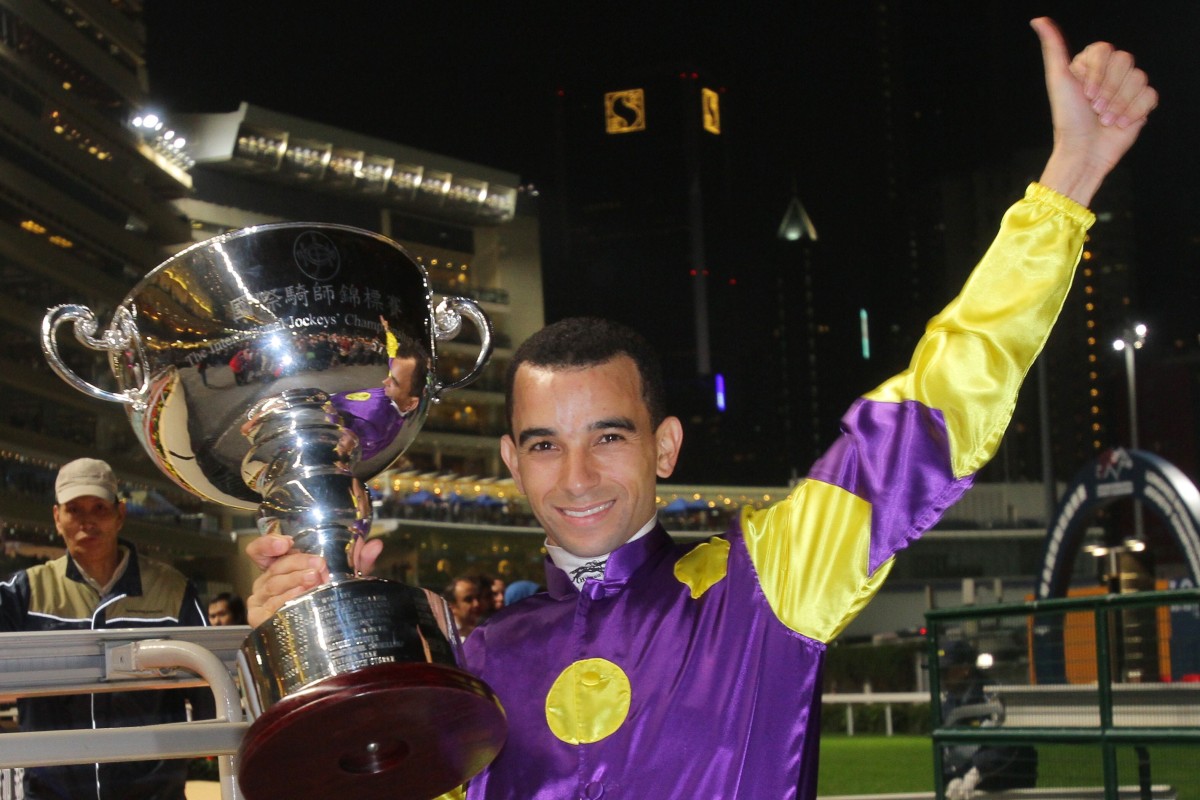 A new system for allocating rides means this year’s Longines International Jockeys’ Championship is more even than ever.

There are four races with 12 points handed out for a win, six for second and four for third. The jockey with the most is declared the champion.

So who will take out the HK$500,000 first prize? Here is the assessment from our team of tipsters.

The even spread of rides means one win and a placing might be all it takes to secure the trophy. I have four jockeys finishing in the top three in two of the four races – Doyle, Moore, Callan and last year’s winner Karis Teetan.

Harmony N Blessed is clearly the best ride on offer across the four-race competition and that puts Doyle in pole position but the other three have an edge in experience having ridden regularly at the tight-turning track over the years.

Doyle narrowly, from Callan and Teetan.

Up-and-coming British star Doyle can etch her name in IJC folklore at Happy Valley on Wednesday night by becoming the first female to win the unique competition.

She is in the box-seat to snare the fourth and final leg aboard David Hayes’ smart youngster Harmony N Blessed, who was an impressive debut winner last month, and the 24-year-old can also pick up points aboard Jimmy Ting Koon-ho’s Happily Friends and Sunny Lad for Tony Cruz in the earlier races.

Callan looks Doyle’s main danger, with victory aboard the Frankie Lor Fu-chuen-trained Winner’s Heart set to put him right in the mix.

Moreira’s main opportunities come with the Caspar Fownes-trained Royal Racer in the second leg and Douglas Whyte’s Smiling City in the third.

In one of the most even IJC’s in recent history, 18 points (a first and a second) should be enough to secure the title ahead of the likes of Purton, Callan and Doyle.

Woo has tipped Callan to win two races (Winner’s Heart and Meridian Genius), while William Buick is aboard his top-rated Noble Steed and two of his second selections in Happy Good Guys and Regency Master.

Wong thinks Boudot is the one to beat, selecting him to win on Real Bizzy and place with both Jazz Steed and Savaquin.

The ratings say Boudot is in the box seat to claim the IJC title and he can salute on Jazz Steed and Reel Bizzy. Moore is the main danger and can upset Harmony N Blessed on Grateful Heart, while also placing with Play Wise.

The race caller has Boudot collecting the prize with 18 points thanks to Jazz Steed (on top) and Reel Bizzy (second pick). Behind that he has Doyle, Barzalona and Moreira tied for second with 12 points.