The fallout from all the action at Sha Tin on Sunday – from Hong Kong’s best horse, to the differing fortunes of jockeys and a champion trainer looming ominously 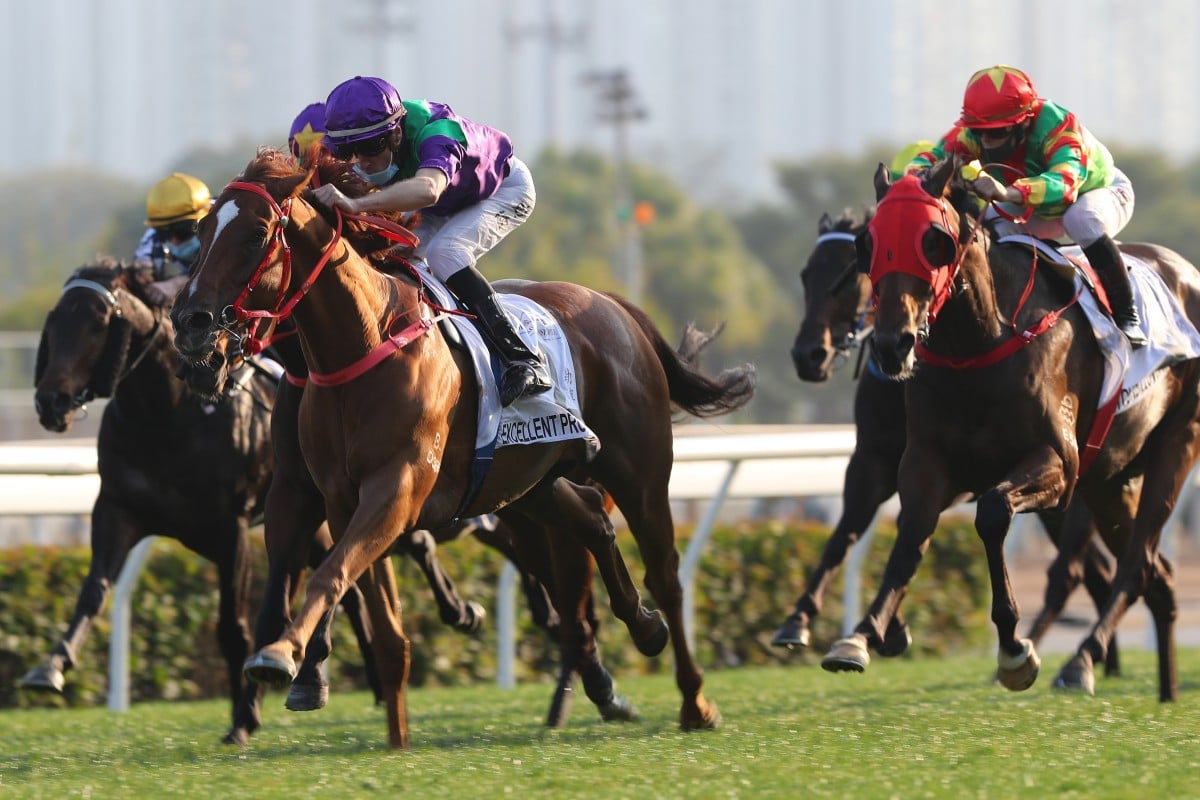 There was a lot to digest from Sunday’s action-packed day at Sha Tin, here are six observations.

Great horses find a way to win even when things don’t go their way.

The way the Stewards’ Cup was run was not favourable for Francis Lui Kin-wai’s champ – a crawl early and a sprint home late is tough for all backmarkers.

Anything under 22 seconds for the final 400m is low-flying. It was the fastest on the day – none of the Group One sprinters did it.

Waikuku and Golden Sixty were in similar positions at the top of the straight but the former – a Group One winner – was only able to rattle home in 21.95 seconds (still the second quickest of the meeting) and had to settle for fourth.

Waikuku is a terrific horse but the circumstances of the race meant he missed the placings, despite running really well.

That extra gear is what makes Golden Sixty a genuine superstar and one of the best horses in the world.

Luck finally on Shinn’s side

On Tuesday afternoon, Blake Shinn’s stint in Hong Kong was on life support.

Douglas Whyte was (rightly) furious after Shinn forgot to turn up to trial Stronger ahead of the Group One Centenary Sprint Cup. It was a self-inflicted wound and came at a time when he couldn’t afford to alienate any potential supporters. 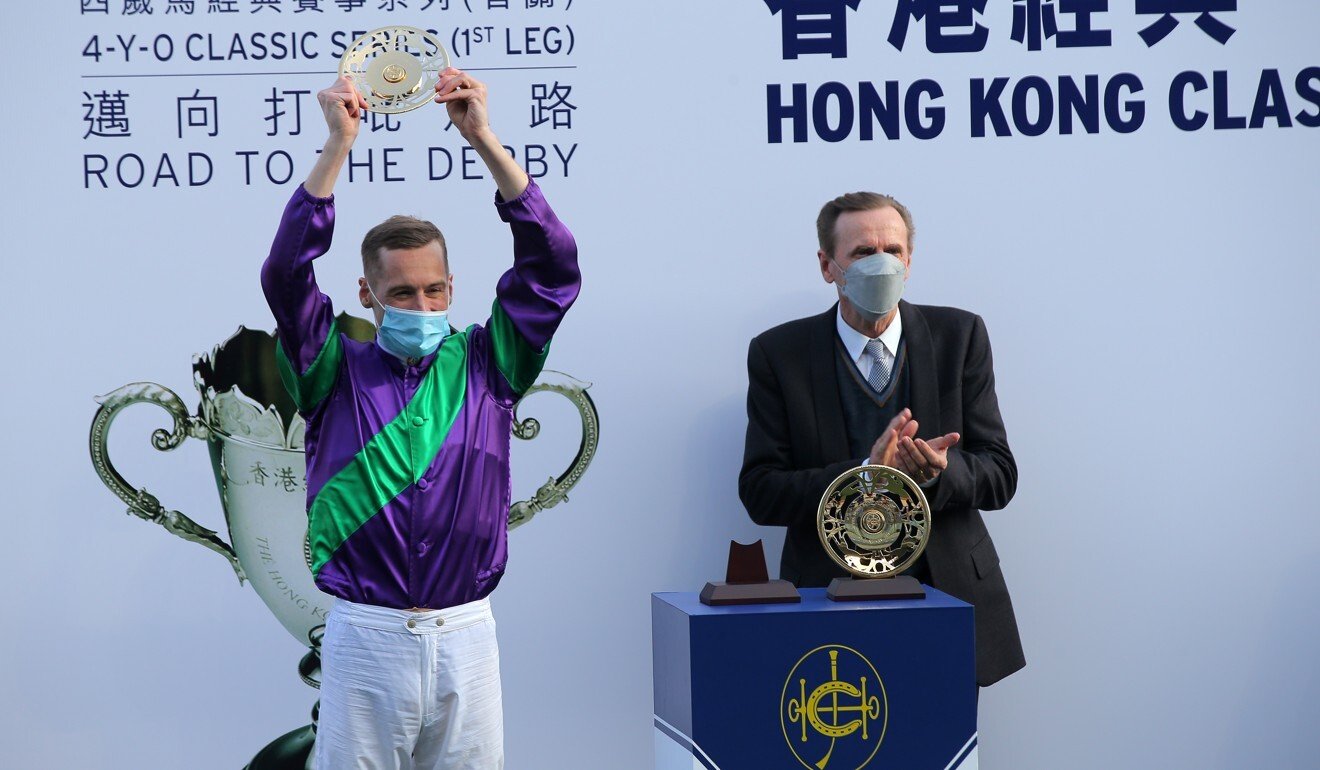 The best way to redeem yourself in this city? Win a big race. The Australian did just that with Excellent Proposal in the HK$12 million Classic Mile.

Luck plays a huge role in racing and, after a tough initiation, Shinn was due his share.

Joao Moreira had first call on Excellent Proposal but opted for Sky Darci. In a non-Covid year someone like Ryan Moore probably flies in for the day, but these are not normal times and when the musical chairs stopped, Shinn had the ride.

For the first time in the last 18 months, everything came up Blake. He now has more Classic Mile wins than Zac Purton. Remarkable.

Who can challenge Excellent Proposal?

Those who backed Tourbillon Diamond are probably still feeling sick after he was held up for the best part of 200m at the top of the straight.

He was finishing off as well as anything late and will be a major player in the Classic Cup, particularly if he draws a decent gate.

Just put a pen through the run of Healthy Happy, he was trapped three-wide without cover throughout and fought on pretty gallantly to the line.

It’s hard to find an excuse for the favourite Sky Darci, he had a lovely run in transit and was presented to win when it mattered but petered out late.

Shadow Hero was ridden upside down and pulled up with “a substantial amount of blood in [his] trachea”, so we’ll just have to see how he recovers.

Lucky Express and Lucky Patch were good but there have to be concerns about them getting further than a mile.

Christophe Soumillon needs a hug. His run of bad luck in the past three months has been absolutely brutal.

The Belgian missed two Breeders’ Cup wins when he contracted Covid-19 in November, he lost the ride on Hong Kong Cup winner Normcore (and a handful of other minor winners) after a testing irregularity in December and then Enrich Delight – the second favourite in the Classic Mile – broke down horribly in the back straight on Sunday.

It’s a minor miracle that no one else was seriously hurt in the incident, but Soumillon strained his back and was stood down from his last two rides.

His day hadn’t been going well up to that point either. In the second race, he had Rainbow Light rear at the start and blow his chances.

Soumillon has handled himself with class throughout this rough period and he deserves a change in fortune.

Size making a play for his 12th title

The 11-time champion trainer is looming ominously after another treble.

Size typically makes his move around this time of the season and has had 11 winners so far in January.

He is good, very good.

His calling card has typically been progressive young horses who collect four or five wins as they go through the grades but they didn’t exist last term.

All three of Sunday’s winners – Hot King Prawn, Excellent Proposal and Sight Success – have collected multiple races in 2020-21 and there is the prospect of more to come with all of them. We haven’t even seen Courier Wonder since his stunning debut win in October.

Size may be five behind Caspar Fownes (39 wins) in the championship race but he’s coming quickly.

Farewell ceremonies are only bestowed upon the best of the best and ultimately they’re for the fans, so Beauty Generation’s presentation on Sunday just didn’t feel right.

It was great to see the champ strut around the Sha Tin parade ring one last time, the videos were good and owner Patrick Kwok Ho-chuen was understandably emotional but something was clearly missing.

Not to mention the fact trainer John Moore had only jumped on a plane to Australia a week earlier and couldn’t be there either.

On Wednesday night it will be 12 months since attendance restrictions first came into play for Hong Kong racing but it is moments like that where the fans are really missed.