Lady Luck smiles on overseas riders who have pick of the mounts, while locals may upset form on paper as anticipation builds to showdown Zac Purton, Vincent Ho and Joao Moreira joke around before the draw for the Longines International Jockeys' Championship on Wednesday. Photos: Kenneth Chan

Nearly all 12 jockeys picked up at least one good prospect for tomorrow night's showdown at Happy Valley, and the 2012 winner as a visitor, Hong Kong championship leader Joao Moreira, spelt out the task ahead for the foreign-based jockeys.

"Happy Valley is a tricky track, a difficult one to ride, so the Hong Kong-based jockeys who are there every week must get some advantage," said Moreira.

If this wasn't an IJC leg, Joao would have been on Griffindor anyway, so I'm thrilled
John Moore

"Many of the other jockeys have ridden there before so they know that, but some haven't. And it is a hard competition to win even after that because it also comes down to the horses that you get and the barriers that you draw," the Brazilian said.

"I have two good barriers and two outside barriers and my best ride looks like Griffindor, who is a horse I know well. I've ridden him twice this season already."

Hughes has One Of A Kind, A Fast One, Mazandaran and Jun Gong, with three of the four potential players, while Fukunaga teams with Tony Millard-trained Medic Swordsman and Vara Pearl, Ocean Roar for Almond Lee then comes home with Tony Cruz-trained Wah May Baby - all potential point-scorers. 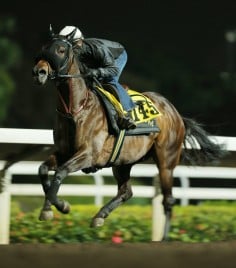 Australia's McEvoy will have to work the oracle on Very Well in the opener to get a result, but he has hopes with Glory Horsie, Southern Springs and even Supreme Flight.

All jockeys were randomly allocated mounts for the four races, and accumulate points depending on their finishing position. The jockey with the highest points will receive HK$500,000, the runner-up HK$200,000 and third HK$100,000.

Trainer John Moore is a low-key player in the IJC this year, with just the one runner, but was delighted to get Moreira in the random allocation.

Happy Valley is a tricky track, a difficult one to ride, so the Hong Kong-based jockeys who are there every week must get some advantage
Joao Moreira

"If this wasn't an IJC leg, Joao would have been on Griffindor anyway, so I'm thrilled we were lucky enough to get him," Moore said. "He's a last-start second in a similar race and has a good draw and he looks a great pick-up for Joao in the series."

Zac Purton, runner-up in the past two years, also picked up a ride on a horse he knows well, but was not enthusiastic about his chances of winning.

"It's going to be tough. I've got Win It in the first leg and I've won on him and he's a last-start winner, so he's in form," he said. "On the downside, his draw looks awkward in gate nine.

"He might get me some points and I'm thinking Fire Starter could too in the second leg, but I'm not confident about my other rides, Medic Kingdom and Kerkeni. I'll need early points to be any chance."

Local freelancer Vincent Ho Chak-yiu is hopeful he can earn points with blinkers going on a mount for his old boss, Caspar Fownes, in the first leg of his maiden IJC. 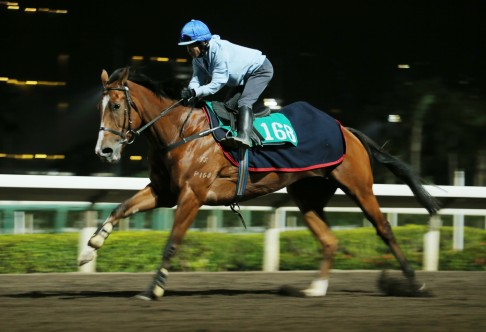 "It's a big thrill. It's quite amazing and exciting for me to ride with the top jockeys in the world. It's going to be a good way for me to learn," he said. "To get a ride for a big supporter like Caspar is terrific, too."

Meanwhile, punters in Singapore will be able to bet directly into Hong Kong's pools from tomorrow night, the latest jurisdiction to join commingling following the US, Australia, Macau and New Zealand.