English import can go on to bigger things after Moreira gives trainer his 1,400th career win 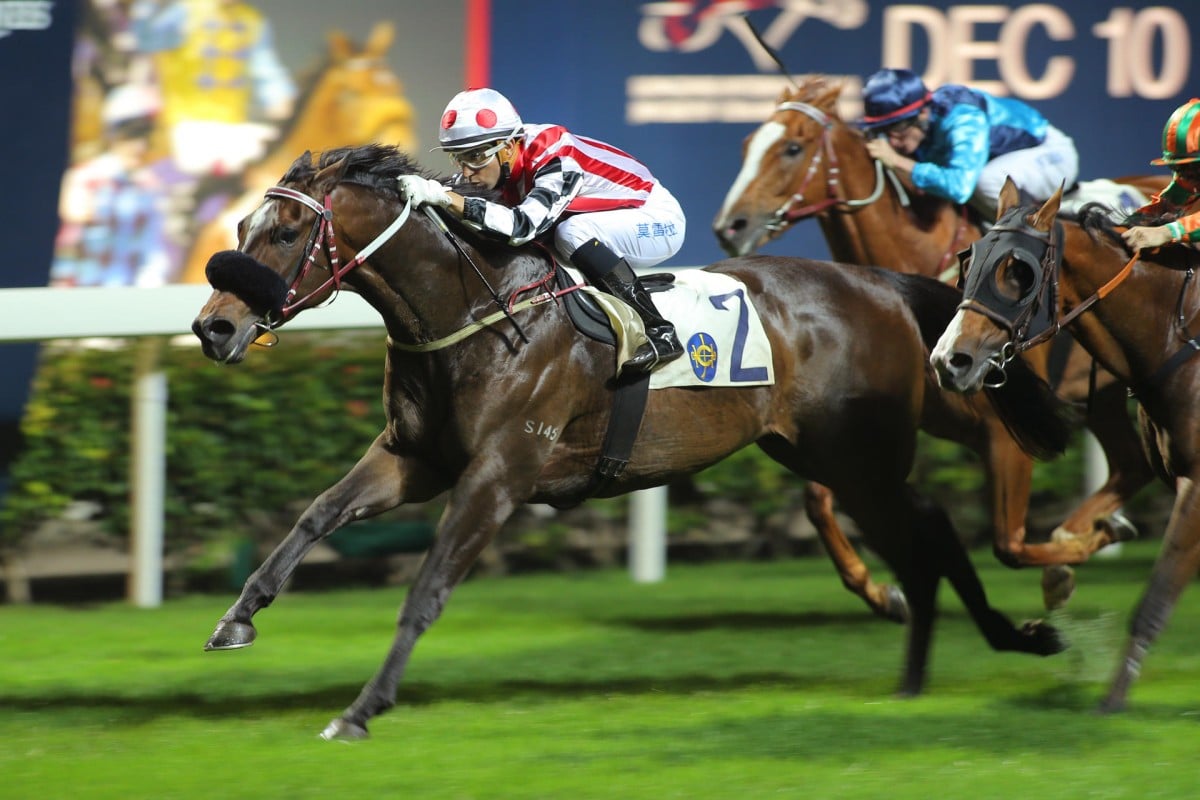 John Moore has ambitious plans for the horse that delivered him his 1,400th career win on Wednesday night, after Harbour Master won his second straight race at Happy Valley with the look of a thoroughbred that belongs in big races.

Already Hong Kong's all-time leader in wins, Moore moved up to the milestone when the English import comfortably delivered as the 1.9 favourite and will now be set for the Group Three January Cup over last night's course and distance of 1,800m.

That will, hopefully, be his stepping stone for even bigger races later in the season
John Moore

"That will, hopefully, be his stepping stone for even bigger races later in the season," Moore said, indicating that the Citibank Hong Kong Gold Cup in March loomed as a possible target.

"It's a big step up to that level, but I think he will get 2,000m easily and we have a pretty high opinion of him. He was getting chased to the line by the lightweight runner-up (Willie Invictus), and he was closing, but he was giving him 13 pounds." 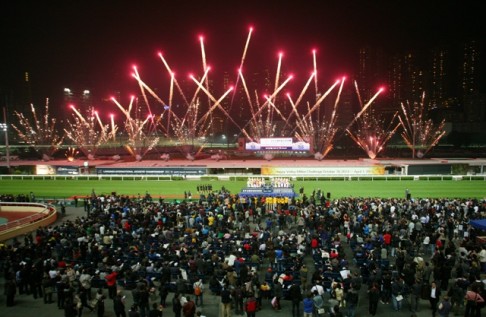 Joao Moreira brought up a double as he produced a well-judged ride aboard the winner, who became the third horse out of last year's Britannia Stakes at Royal Ascot to reach Class One this season after Beauty Flame and Packing Llaregyb.

Beauty Flame won the Britannia, with Harbour Master eighth and Packing Llaregyb further back in 18th, and Moore said the mile handicap was a race he "always looked at" when sourcing imports.

"He was out the back and running on, and we liked the look of him," Moore said. "He has won tonight like he will get further." 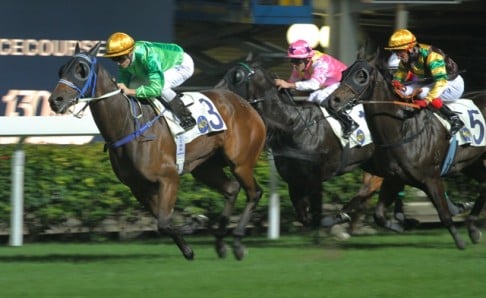 Caspar Fownes had a Class Three double with Speedygonzalez and Twin Delight to extend his championship lead to four, Zac Purton riding both winners.

Speedygonzalez had empathically shed his tag as a "non winner" with a sequence of five wins from six starts midway through last term, and last night broke a five-run unplaced sequence to burst back into form.

"Bringing him back to sprint races was the key to him last season, but that was his first win over 1,000m," Fownes said after Purton positioned the six-year-old perfectly from gate five.

"He had him close enough but just trailing the speed, right where he likes to be." 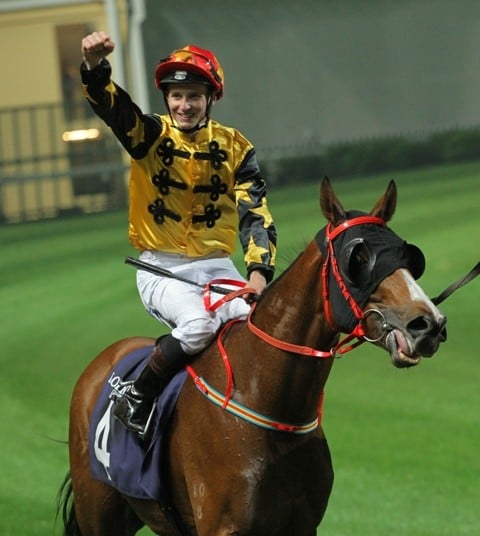 Twin Delight had come in off a rating of 86 following a Listed win as a two-year-old in New Zealand and two Group One placings.

"It was a very tough mark, and it can take them a long time to become competitive after starting out so high," Fownes said after the four-year-old broke through after nine starts and reversed a last start quinella with runner-up Regency Ho Ho. "I thought it was a bit unfair how high he started out considering it was just two-year-old form."

Punters pulled off one of the biggest plunges of the season when Manfred Man Ka-leung's Secret Agent was slammed in betting to start 5.4 after opening at $17, then overcame barrier 12 with Gerald Mosse aboard. 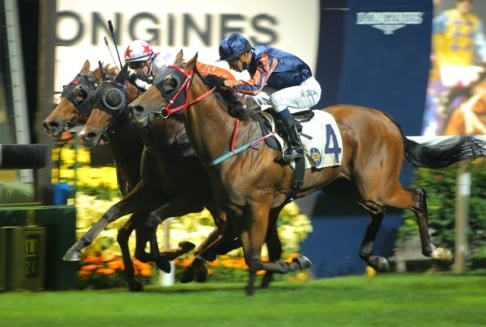 Flying Red is raced by former Jockey Club chairman Ronald Arculli, who hoped last night's success was a good omen ahead of Sunday's Hong Kong Vase, where he has 2012 winner Red Cadeaux entered.

Arculli joked that last night was Flying Red's "last chance", but the win might ensure the horse "gets one more" after breaking his maiden.